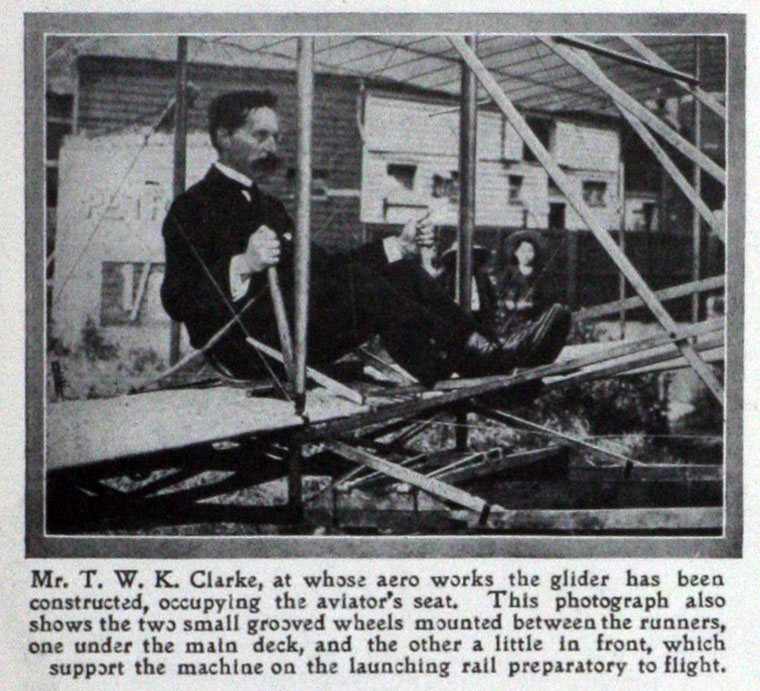 1941 Died. 'Mr. Thomas Wigston Kinglake Clarke, an aviation pioneer, has died at Weobley, Herefordshire, aged 67, it was announced to-day. Under the name of T. W. K. Clarke and Co., he started in 1906 what is claimed have been the first aeronautical works in this country, and 1912 became a member of the Royal Aircraft Establishment with which he remained for many years. He was a Fellow of the Royal Aeronautical Society which awarded him its bronze medal in 1932 and served on the Council the Aeronautical Society of Great Britain from 1911 to 1913. He was dangerously wounded in the South African War in 1900.'[3]