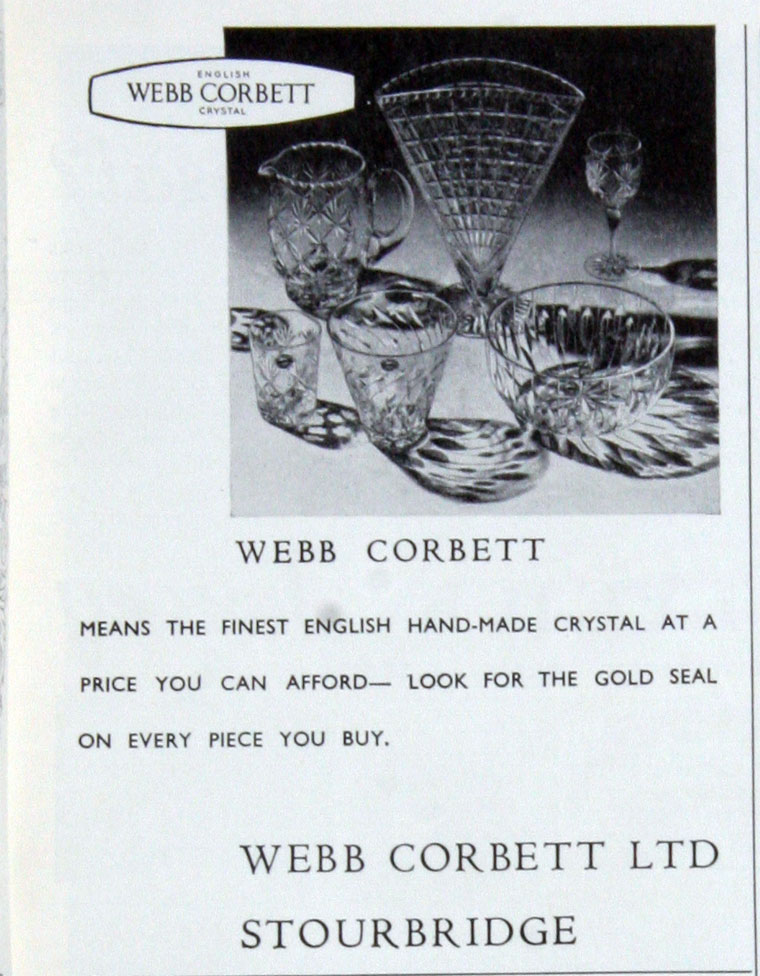 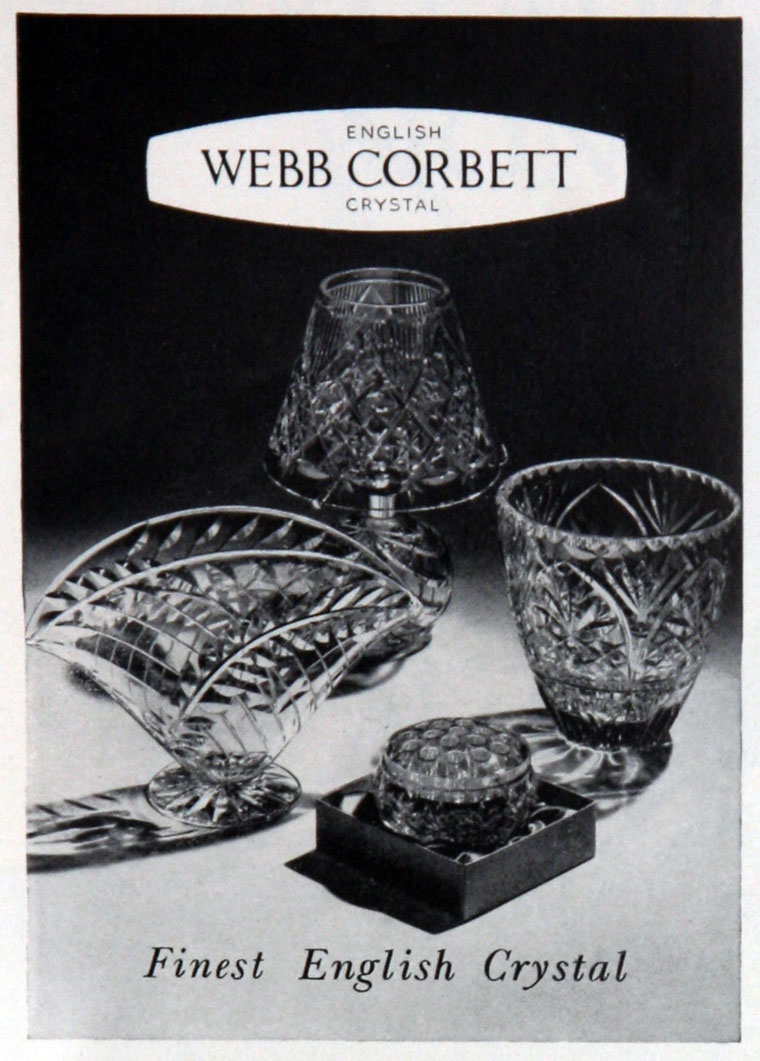 of White House Glass Works at Wordsley, near Stourbridge (1897)

1897 Thomas Webb and Corbett was founded by the brothers Thomas and Herbert Webb, sons of the nineteenth century glassmaker, Thomas Wilkes Webb and grandsons of Thomas Webb I, together with George Harry Corbett.

They took over the White House Glass Works at Wordsley, near Stourbridge.

1900 They had built up a considerable home and export business, especially with their polished rock crystal engraving, which found a ready market in the United States.

1911 Corbett and Co established at Tutbury, glass manufacturers; is there a connection???

1913/4 After a fire, moved to Coalbournhill Glass Works in Amblecote.

The original company name was Thomas Webb and Corbett Limited, and it was always a completely separate operation from Thomas Webb and Sons which later became Webb's Crystal Glass Co, another famous Stourbridge crystal glass company.

1961 Established a production unit at Builth Wells, in order to attract more apprentices[5].

1969 The company was taken over by Royal Doulton company.

1986 They stopped using the Webb Corbett name. Glass from the former Webb Corbett glassworks was then produced under the name Royal Doulton Crystal until this glassworks closed down.

Most of the Webb Corbett output has always been high quality tableware and vases. Cut and engraved lead crystal glass is its most well-known product.