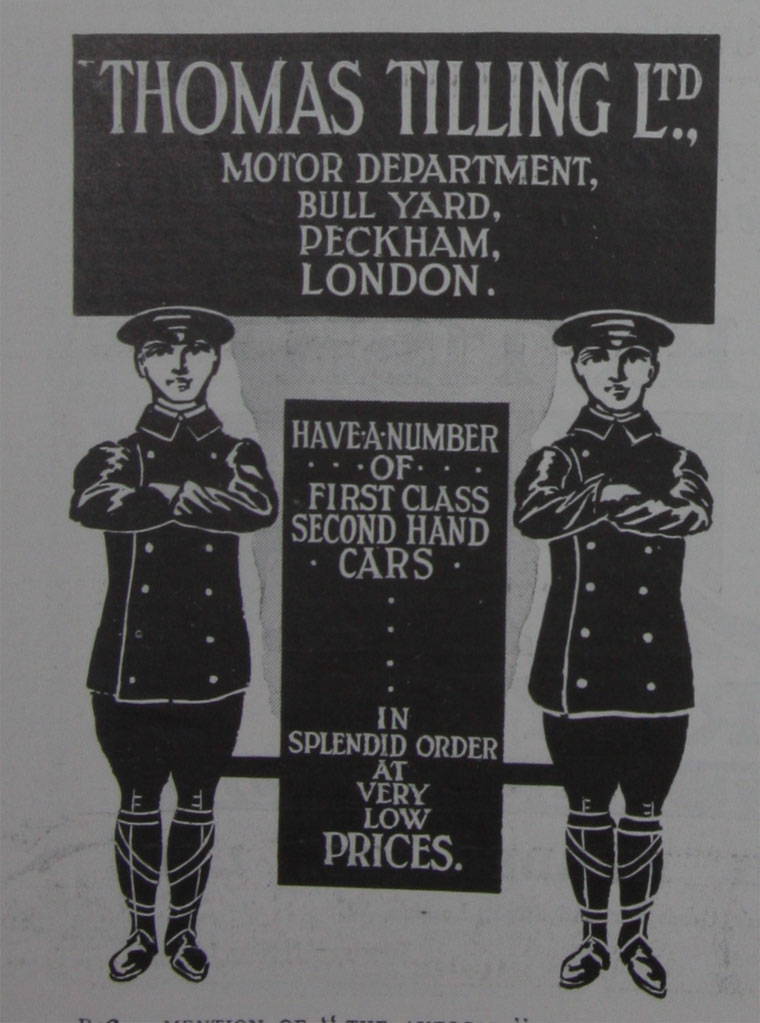 1897 The company was registered to take over the business of job-masters, cab and omnibus proprietors, carried on under the same title. Horse omnibuses were gradually being replaced by motor omnibuses. [2] Became a public company.

By 1912 Tillings had successfully motorized its bus services; entered into a pooling agreement with the London General Omnibus Co, which limited its motor bus fleet to 150. As a consequence it moved into provincial bus operations.

1916 Began to develop a series of 'area agreements' to regulate competition between the Tilling subsidiary businesses and those of the British Electric Traction company.

1921 Frederick Heaton joined the board of the company

1924 Together with British Electric Traction Co, the company owned 70% of the shares in British Automobile Traction Co[4].

Under Heaton's direction, Tillings acquired a number of businesses which were not put into joint ownership with BET.

1949 Started on a strategy of acquisition of family-owned businesses; these were purchased without resort to enforced take-overs; later the strategy was restricted to acquisitions where the company could obtain a majority holding[9]

1950 Acquired substantial interests in British Steam Specialties, maker of bronze and iron valves, and E. R. Holloway, maker of plastic powders; both became associated companies[10]. Acquired a 60 percent interest in James A. Jobling and Co, which became the largest subsidiary[11]

1951 Acquired Mark Dawson and Son, worsted spinners of Bradford, which would be complementary to the company's interests in Timothy Hird and Sons; also acquired Stevensons (Dyers), and 60 percent interest in Newey and Eyre of Birmingham, electrical distributors[12]