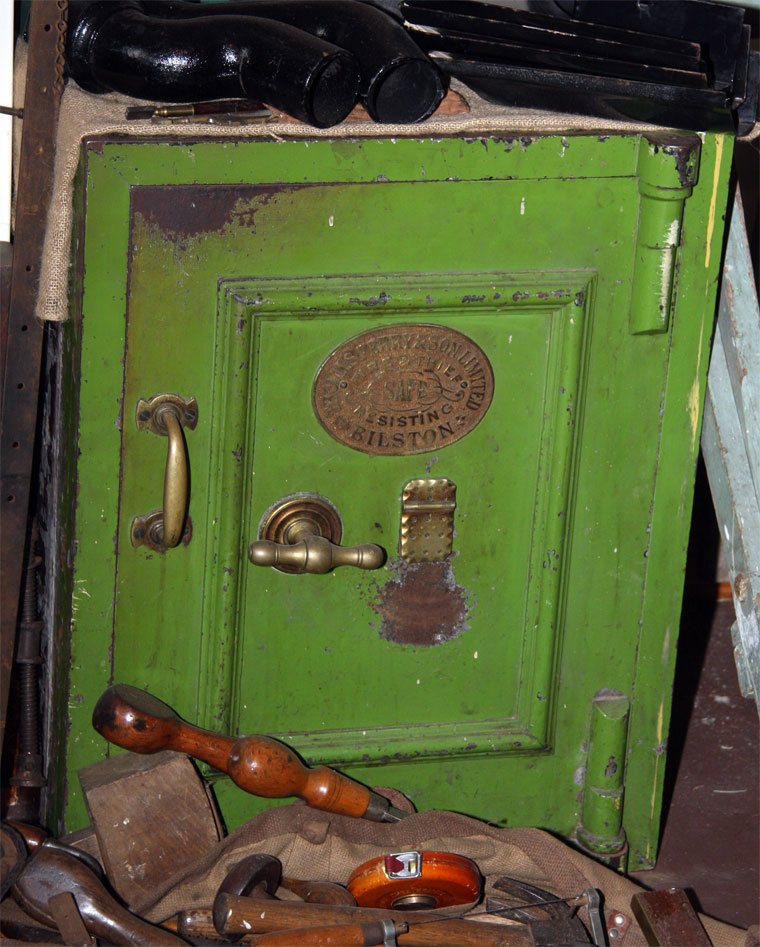 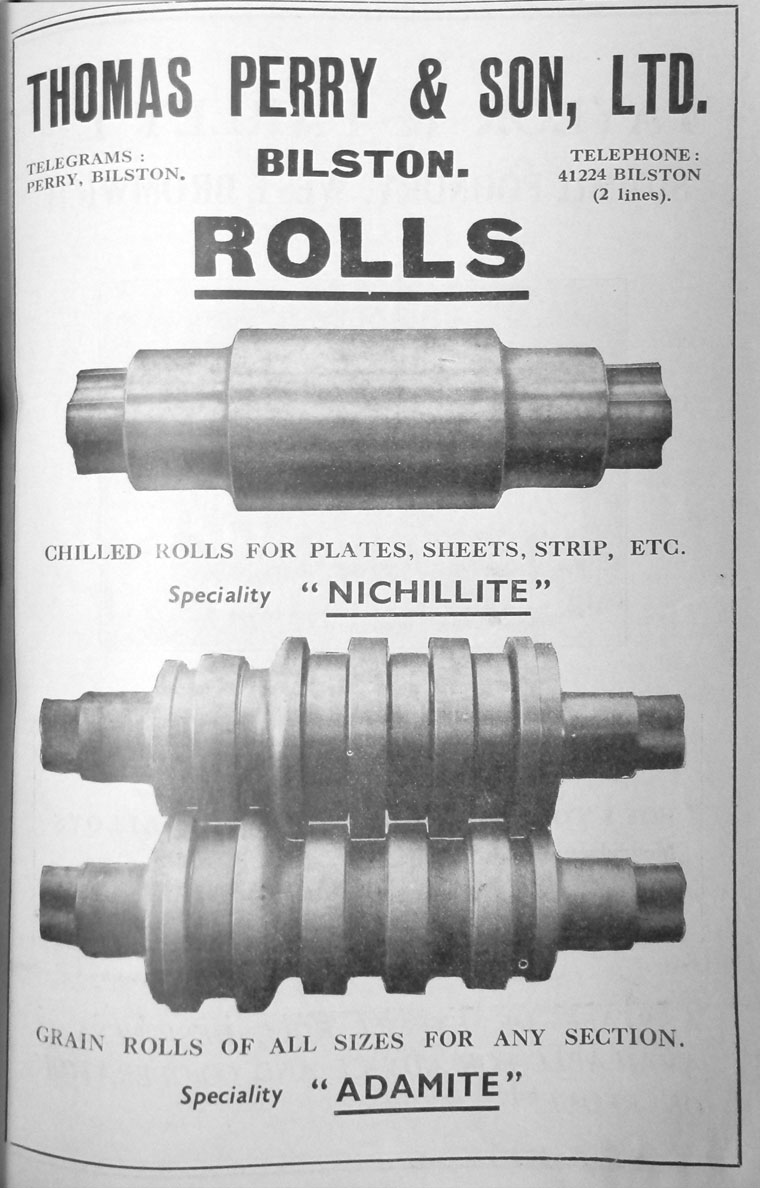 1806 The firm was founded as iron founders by Thomas Perry[1].

1818 A trade directory listed Thomas Perry as an iron merchant trading in the Highfields district of Bilston.

By 1850 a trade directory showed the company as iron founders and manufacturers of wrought iron bedsteads, fencing, hurdles, railing, gates, palisades and other wrought iron and cast iron work.

At some point they started specialising in the heavier end of the iron trade; early products were armour plate, for warships and gun batteries. This later evolved into manufacture of safes (with locks imported from others).

1858 Supplied three beam pumping engines to Botany Pumping Station, Sydney. Although since scrapped, one of the engine's cylinders and admission valves have been preserved and are on display at the Powerhouse Museum. The arrangement and valve operating mechanism appears to be very similar to that used by William Fairbairn and Sons

1893 Advertisement in The Engineer referred to "rolling mill machinery for all kinds of metals" , to "chilled and grain rolls" and to "shearing machines for plates, blooms, etc". Also refers to "steam blowing and pumping engines" and to "machine made wheels" - how much of this sort of work they actually produced is not known[3].

1900 the company was listed as Thomas Perry and Son Ltd., indicating that it had been incorporated late in the 19th century.

1925 The company concentrated on making mill rolls - this may be when the safe making activities were sold to a firm in West Bromwich[5].

1926 a new foundry was built and equipped with the most up-to-date facilities for roll making. A well equipped metallurgical laboratory ensured a high standard of metal quality.

1929 modern production roll lathes and grinders were introduced in the machine shop.

WWII: as well as meeting the needs of the steel mills, the company produced special high hardness rolls to replace expensive forged steel rolls (previously obtained from abroad for the rolling of aluminium, copper and brass sheets and plates.

An excellent online account of the company and its products is available [7] is to the first of several pages about Thomas Perry and Son Ltd on the Wolverhampton History and Heritage Website. These pages include old photographs of rolling mill and other equipment.