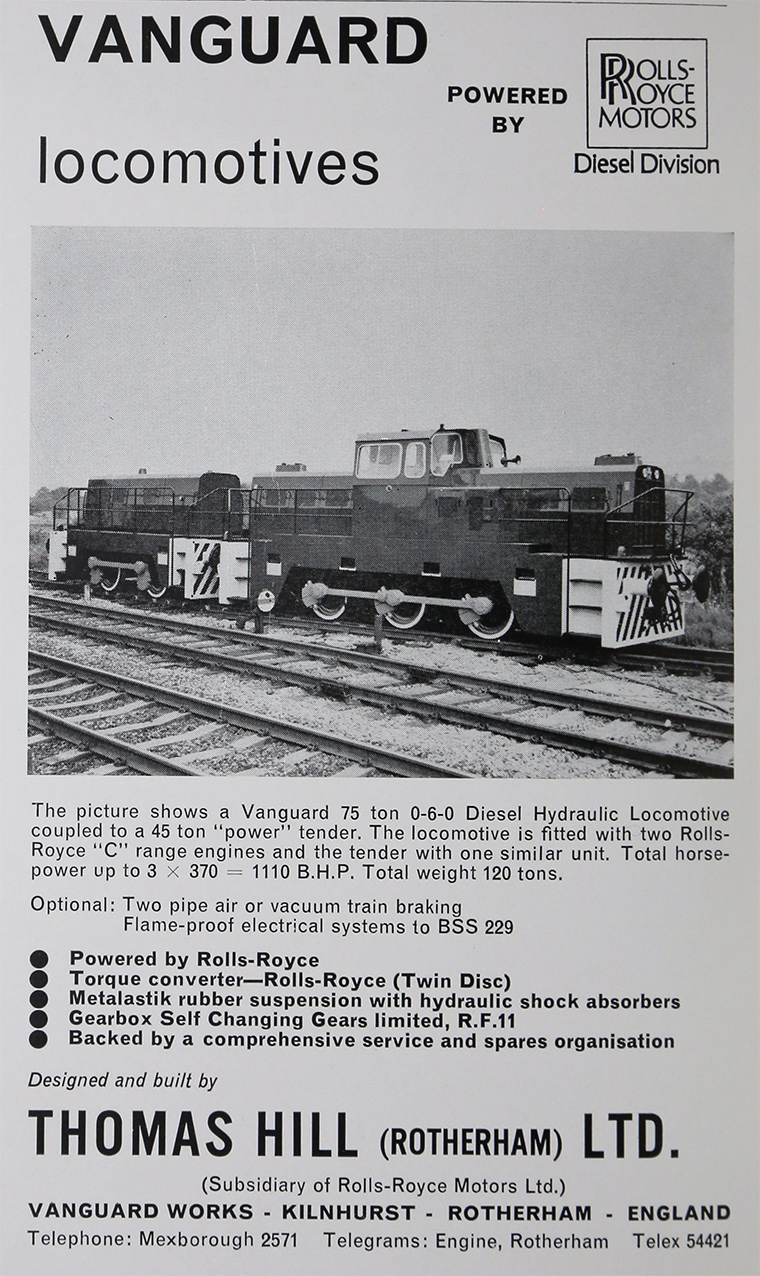 Founded by Thomas Alfred Hill in 1937 with small premises at Whiston, near Rotherham, and was principally concerned with repair and maintenance of steam road vehicles, and in particular Sentinel steam waggons which were popular in the area. The Company also became involved in battery electric vehicles built by Douglas (Kingswood) Limited.[1]

Around this time the Sentinel company was developing a diesel-engined road vehicle fitted with a Sentinel horizontal diesel engine. This innovative vehicle attracted the attention of TH(SEV) and in 1946 an agency agreement were signed between the two companies.

In 1947 Sentinel Waggon Works Ltd offered TH(SEV) to extend the agreement for diesel vehicles to include their range of steam locomotives and an agency was accepted by TH(SEV) for sales and servicing.

By 1950 the Sentinel locomotive franchise was considered by TH(SEV) to be the most important part of their business and whilst sales had been were rather slow to start, future prospects were good.

In 1952 18 locomotives were delivered, 12 being to the National Coal Board.

In 1953 the locomotive agreement was due for renewal. This was renewed but the diesel road vehicle agency was relinquished, with all efforts concentrated on the steam locomotive and battery electric vehicles.

To avoid confusing railway customers, the Company changed its name again, this time to Thomas Hill (Rotherham) Limited, THR. In order to better entertain and impress the more senior executive from major commercial undertakings offices were taken at Effingham Chambers in the centre of Rotherham and occupied by the middle of 1953.

1960 After Rolls-Royce had obtained a financial stake in the company its Vanguard factory began to build a number of diesel locomotives.

1982 Signed a seven year licensing agreement for manufacture of its products in the US by Varlen Corporation. With a turnover of about £2.5 million, the 130-strong workforce of Thomas Hill claimed to be the largest diesel locomotive manufacturer in the UK.[3]