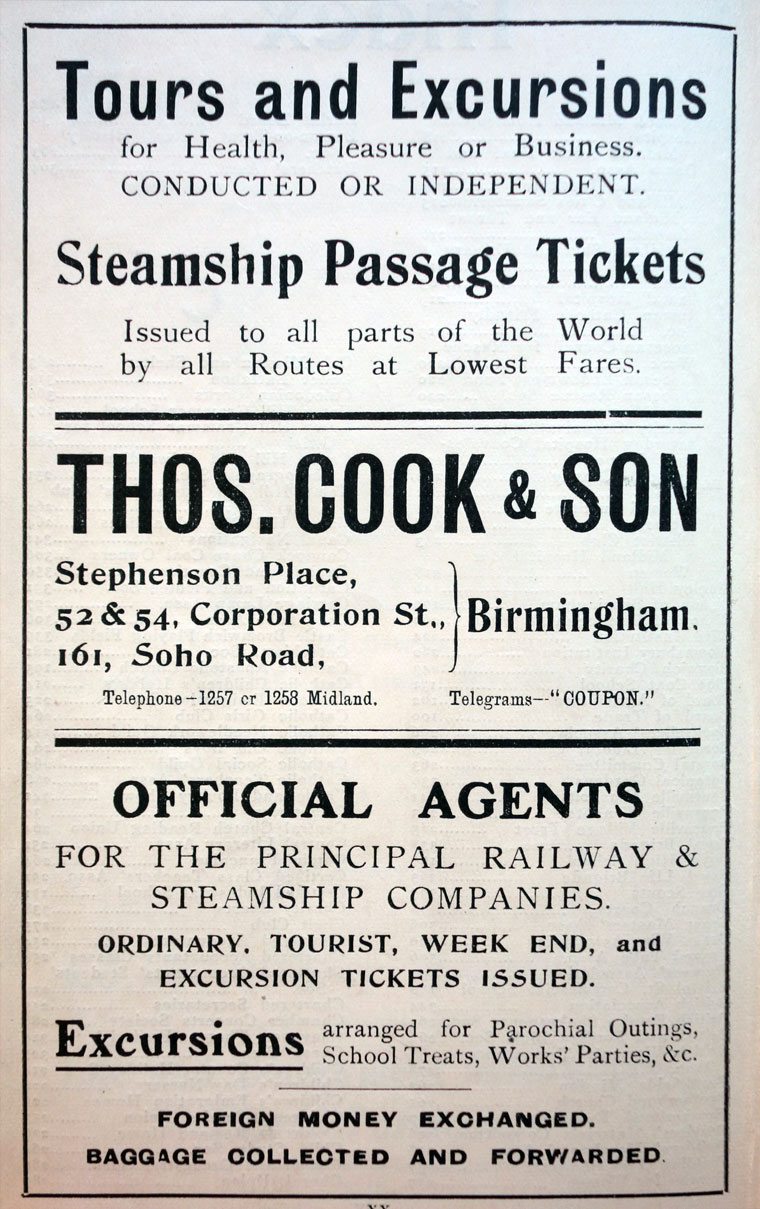 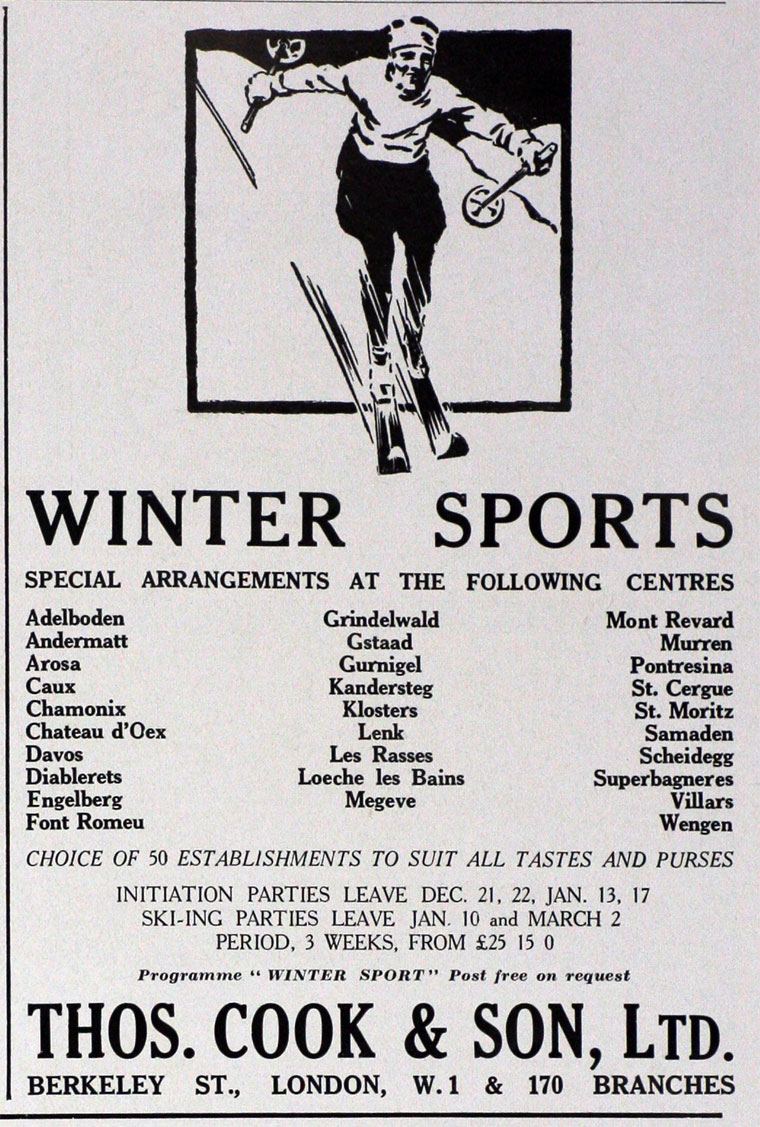 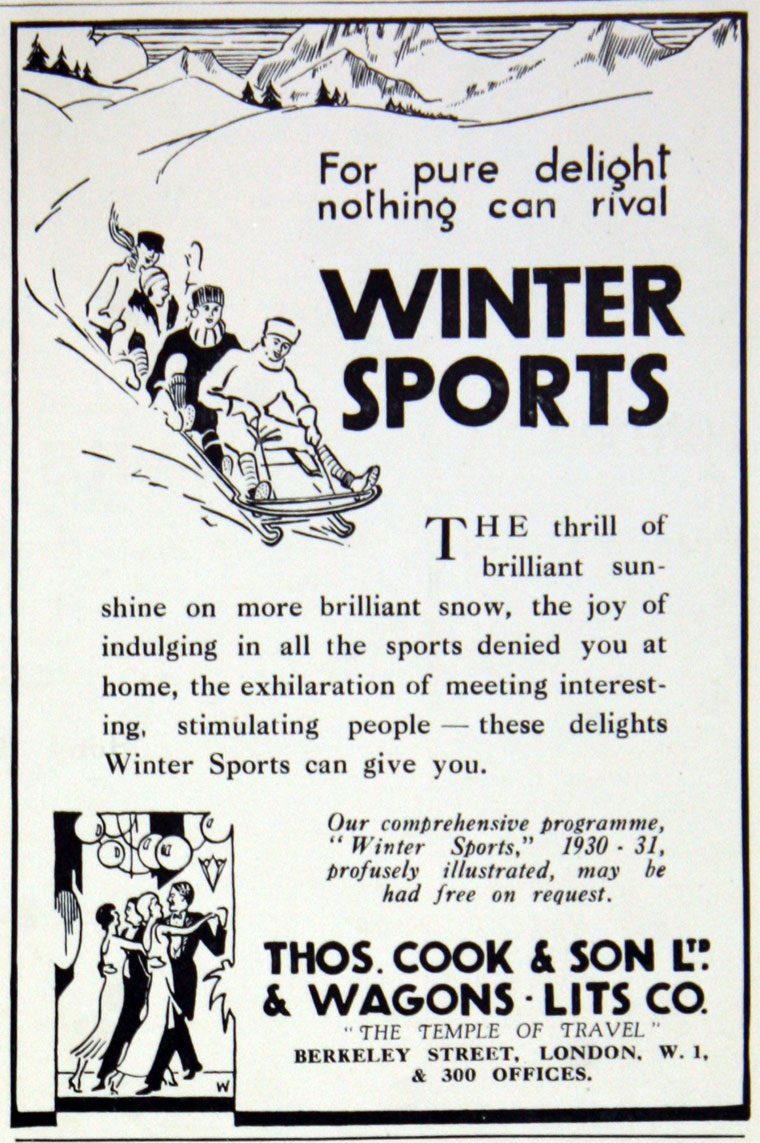 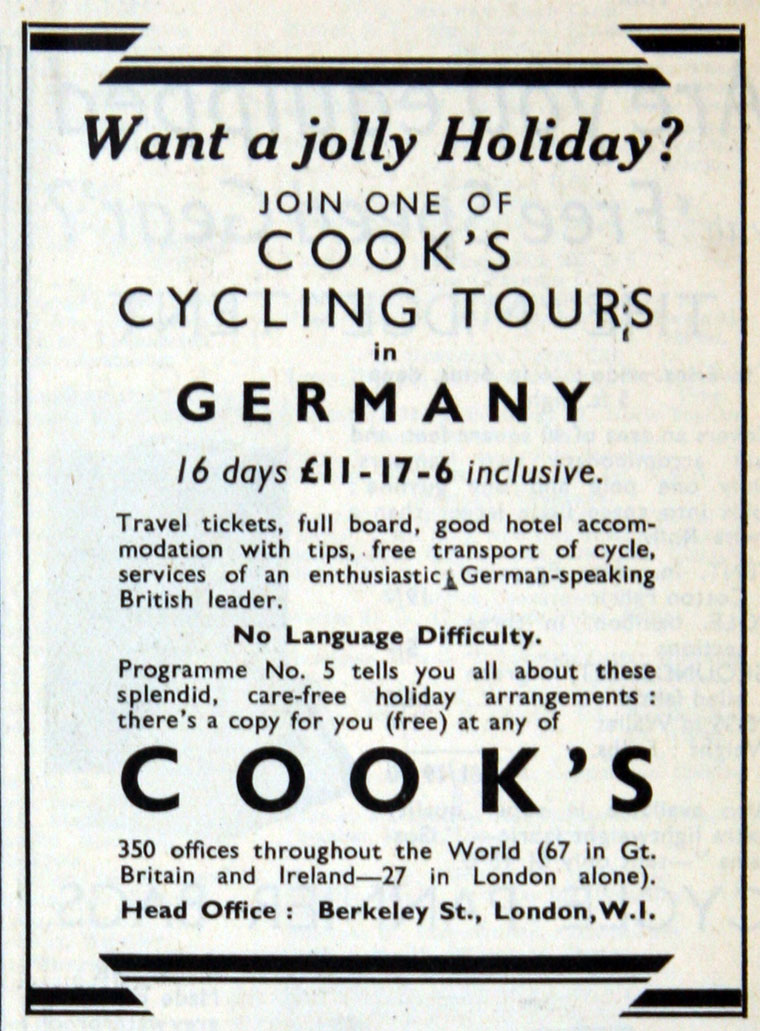 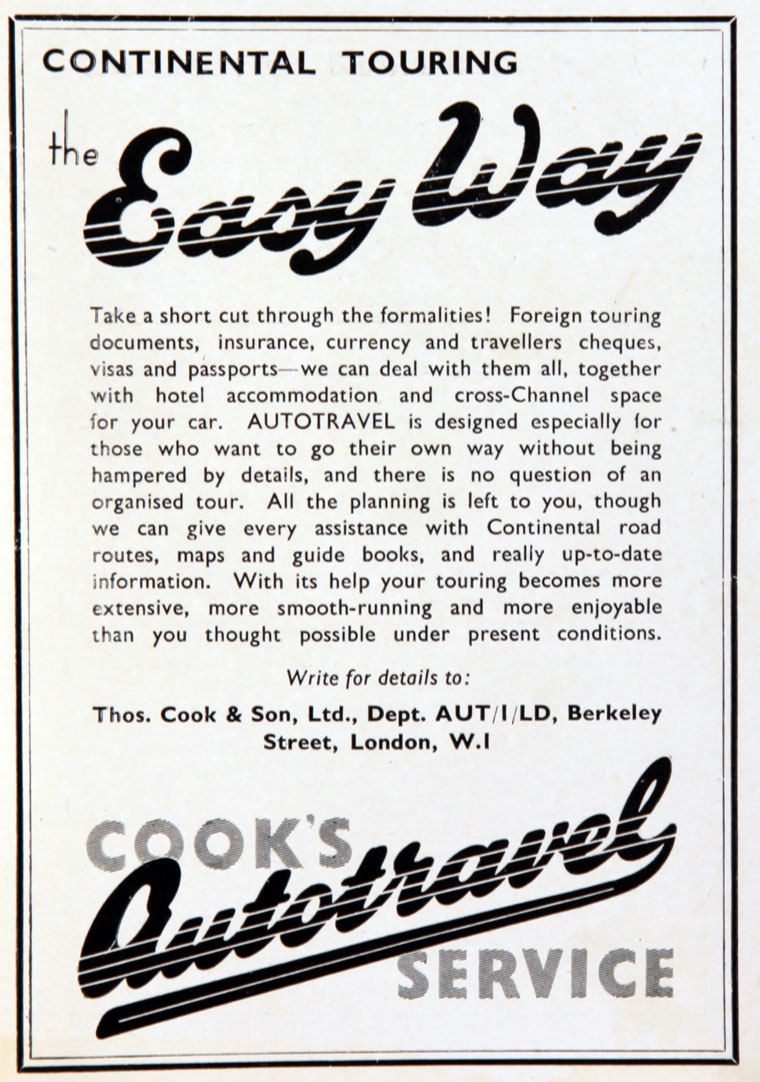 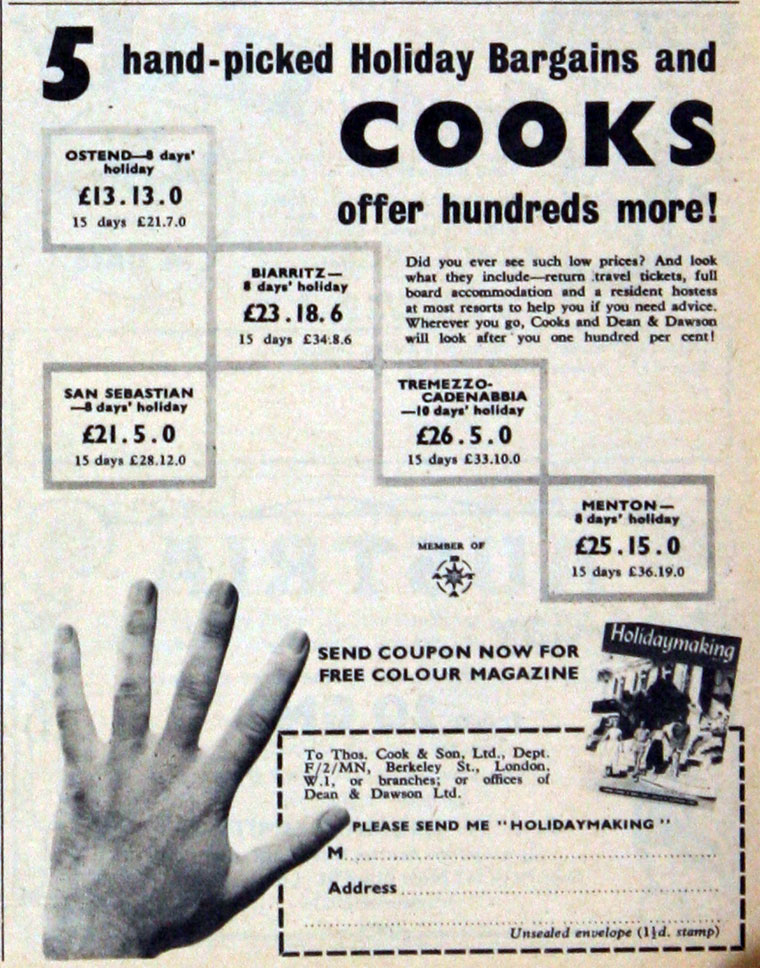 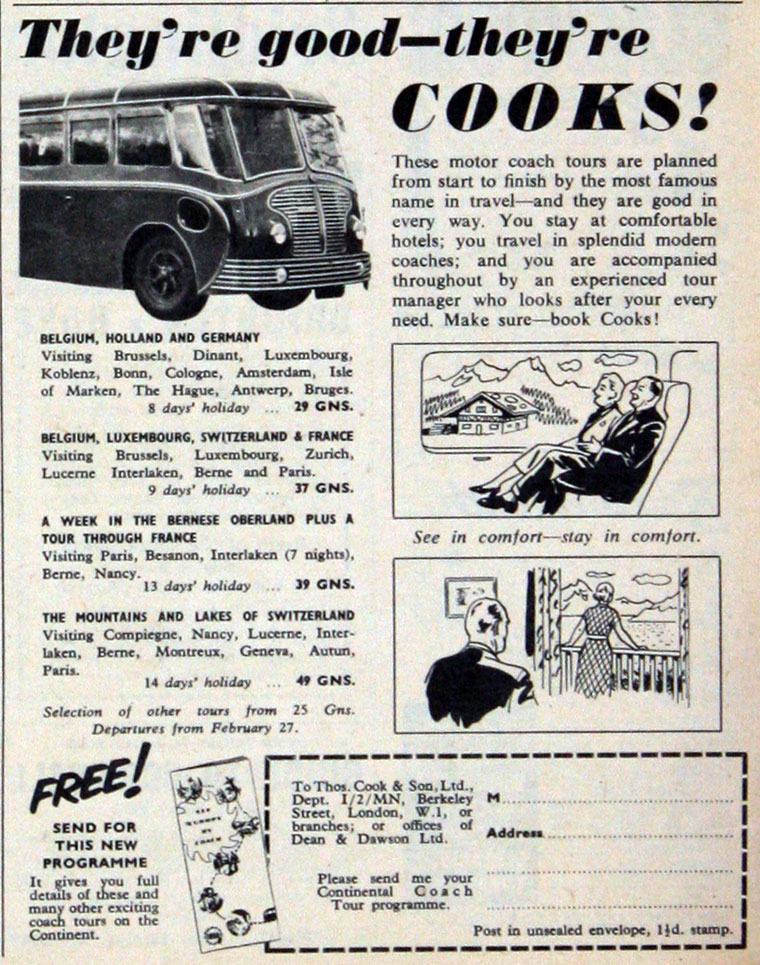 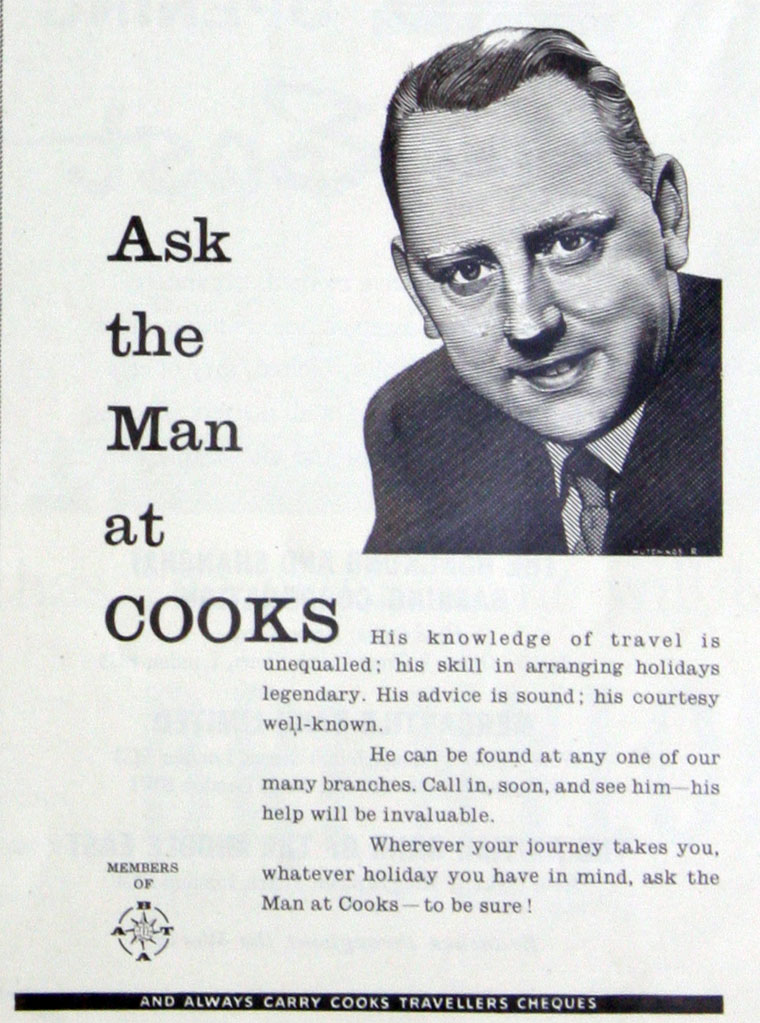 1841 Thomas Cook organized and personally conducted the first railway excursion from Leicester to Loughborough for some 500 temperance supporters, who paid a shilling each.

1864 John Mason Cook, son of the founder, became a partner, the firm then assuming the style of Thos. Cook and Son.

The firm developed the system of modern tourist travel including "Cook's Tours".

c.1880 Contracted for construction of a cable-way to carry tourists from the observatory to a small station a few hundred yards from the crater of Mount Vesuvius[1]

1899 After the death of John Mason, the three grandsons of Thomas Cook carried on the business.

1928 Although the firm continued to prosper it was sold, quite unexpectedly, on 8 February 1928 to the Compagnie Internationale des Wagons-Lits of Belgium for £3.5 million.