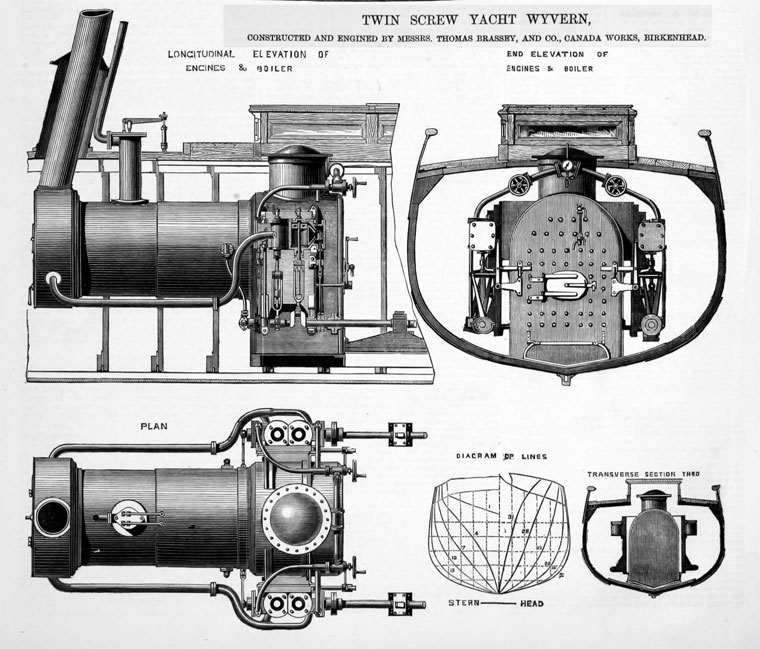 1853 Messrs Peto, Brassey and Betts and Jackson were the contractors for the Grand Trunk Railway Co of Canada. They established the Canada Works as an engineering factory.[1]. The works constructed the Victoria Bridge for the St. Lawrence, Canada.

The company was established as a subsidiary of Brassey, Jackson, Betts and Co by Thomas Brassey, under the management of George Harrison, Brassey's brother-in-law, and William Heap, who made the locomotives, excavating machinery, bridge sections, and other components for Canada.

The Canada Works became a very large concern serving the demands for metallic work from the various major railway contracts of the Brassey businesses.

1857 Canada Works was listed as Brassey, Jackson, Betts and Co.

1864 Canada Works was listed as Peto, Brassey and Betts.

1866 After the failure of their bank, Peto and Betts went bankrupt.

1870-80 Canada Works was listed as Thomas Brassey and Co.

1871 John James Webster was appointed chief of the bridge department at the works of Messrs. Thomas Brassey and Co., Birkenhead, which he held for five years.

1894 "NOTICE is hereby given, that in a limited Partnership created under the style of Thomas Brassey and Co., by an Indenture of the 1st day of July, 1873, made between the executors of Thomas Brassey, deceased, George Wythes, deceased, Alexander Ogilvie, deceased, James Atkinson Longridge, Walter John Cutbill, and Ulysses de Lungo, for the purposes therein-mentioned, and carrying on business as Contractors for Public Works, at 4, Great George-street, Westminster (which Partnership has for some years past only continued for the purpose of winding up its affairs), the surviving executer and the trustees of the estate of the said George Wythes, deceased, so far (if at all) as they ever became partners, and the said James Atkinson Longridge, Walter John Cutbill, and Ulysses de Lungo have altogether retired therefrom and surrendered all their interest therein to the Right Honourable Thomas Lord Brassey and Albert Brassey, the surviving executors of Thomas Brassey, deceased, and Margaret Ogilvie, sole executrix of Alexander Ogilvie, deceased.—Dated the 8th day of February, 1894."[2]