Thomas B. Jeffery and Co 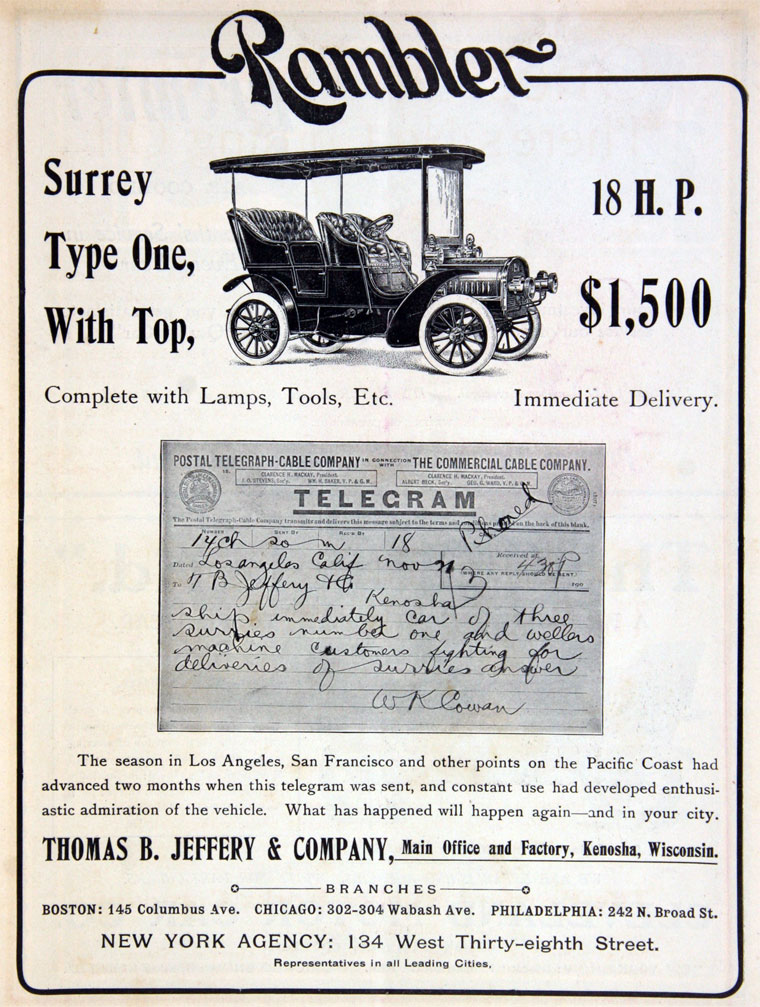 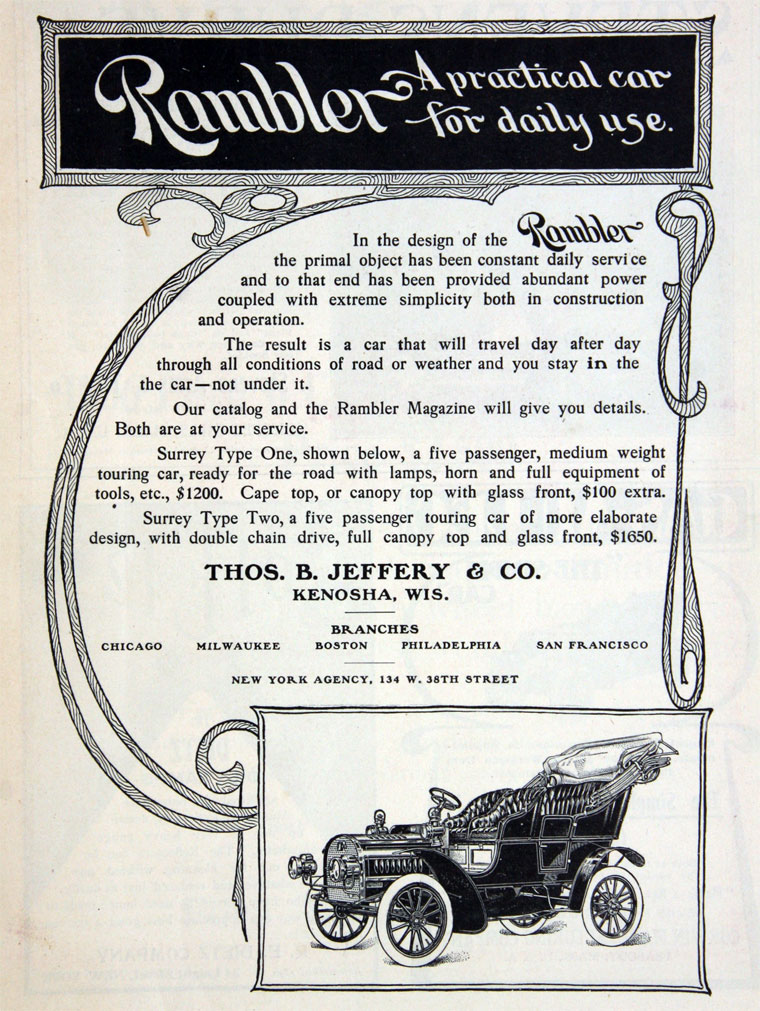 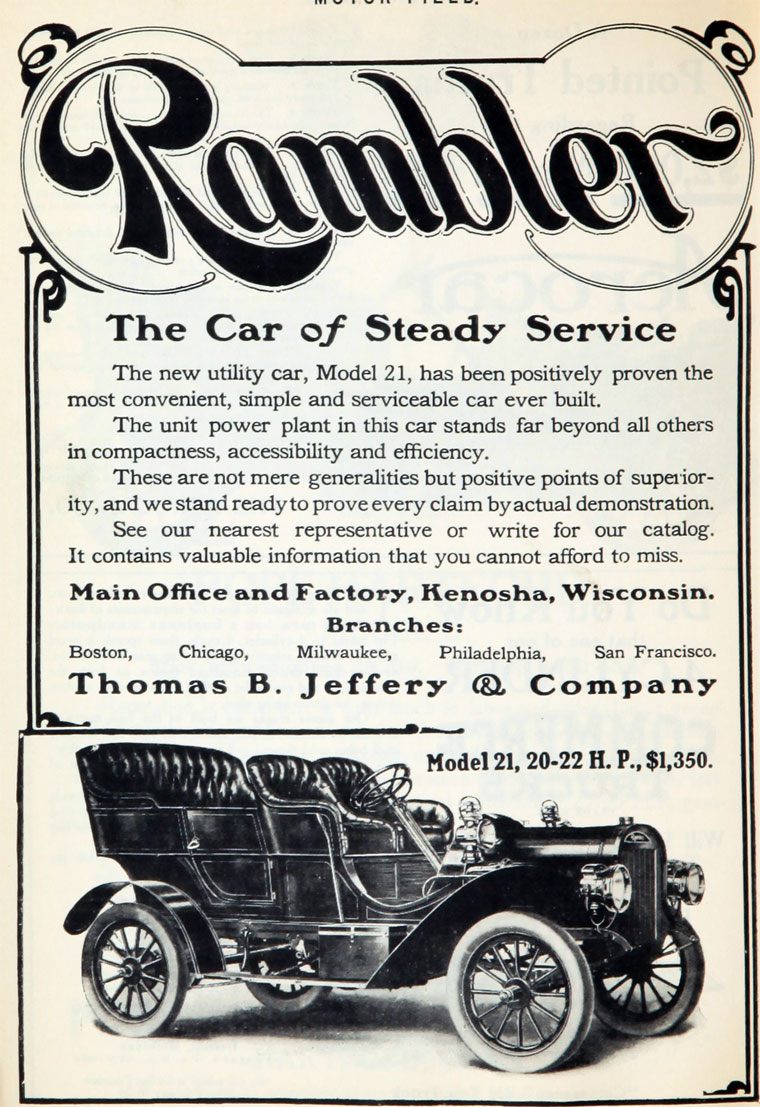 Rambler was an automobile brand name used by the Thomas B. Jeffery Company between 1900 and 1914, then by its successor, Nash Motors from 1950 to 1954, and finally by Nash's successor, American Motors Corporation from 1954 to 1969. It was often nicknamed the "Kenosha Cadillac" after its place of manufacture.

The first use of the name Rambler for an American made automobile dates to 1897 when Thomas B. Jeffery of Chicago, Illinois and builder of the Rambler bicycle, constructed his first prototype automobile.

After receiving positive reviews at the 1899 Chicago International Exhibition & Tournament and the first National Automobile Show in New York City, Jeffery decided to enter the automobile business. In 1900, he bought the old Sterling Bicycle Co. factory in Kenosha, Wisconsin, and set up shop.

Jeffery started commercially mass-producing automobiles in 1902 and by the end of the year had produced 1,500 motorcars, one-sixth of all existing in the USA at the time. The Thomas B. Jeffery Company was the second largest auto manufacturer at that time, (behind Oldsmobile).

Rambler experimented such early technical innovations as a steering wheel (as opposed to a tiller), but it was decided that such features were too advanced for the motoring public of the day, so the first production Ramblers were tiller-steered. Rambler innovated various design features and was the first to equip cars with a spare wheel-and-tire assembly. This meant that the driver of a Rambler, when experiencing one of the all-too-common punctures (flat tires) could simply exchange the spare wheel & tire for the flat one. Previously it had been necessary to remove the wheel from the car, demount the tire, patch the inner tube, re-mount the tire, inflate the tire, and re-mount the wheel. The interchangeable wheel and a spare tire made travel a lot easier on primitive roads that were littered with stray horseshoe nails. The punctured tire could then be repaired at a more convenient time and place.

1916, the Thomas B. Jeffery Company was purchased by Charles W. Nash and became Nash Motors Co in 1917. The Jeffery brand name was dropped at the time of the sale and the manufacture of Nash branded automobiles commenced.

1937, the concern became the Nash-Kelvinator Corporation through a merger with the well-known appliance maker.