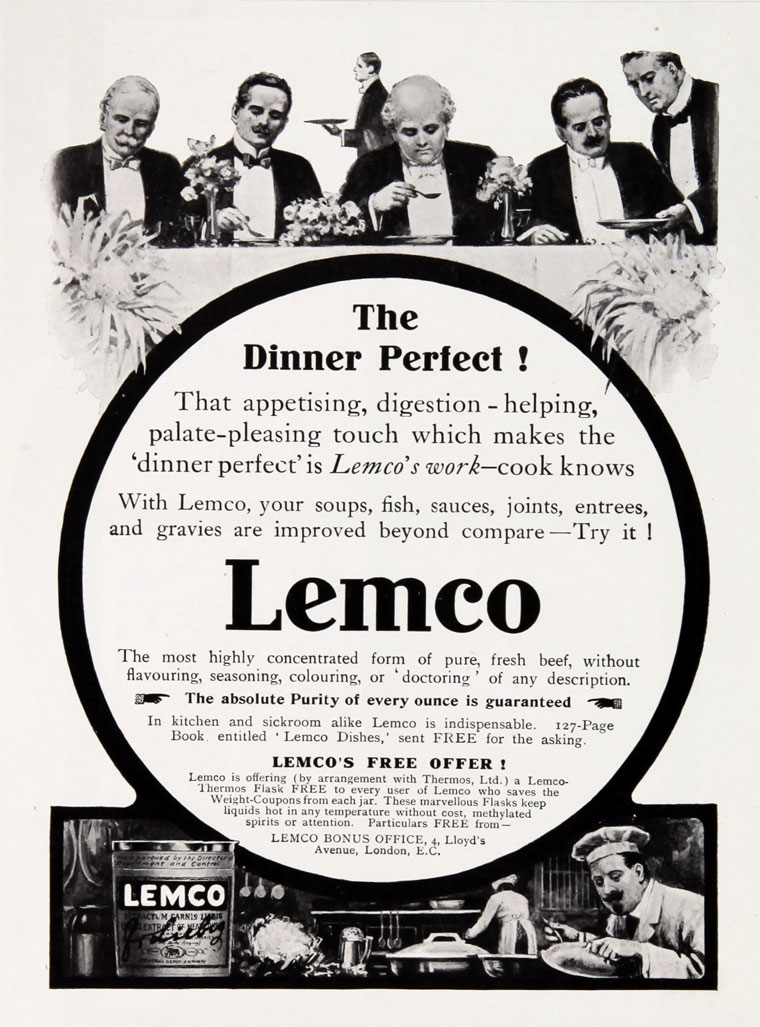 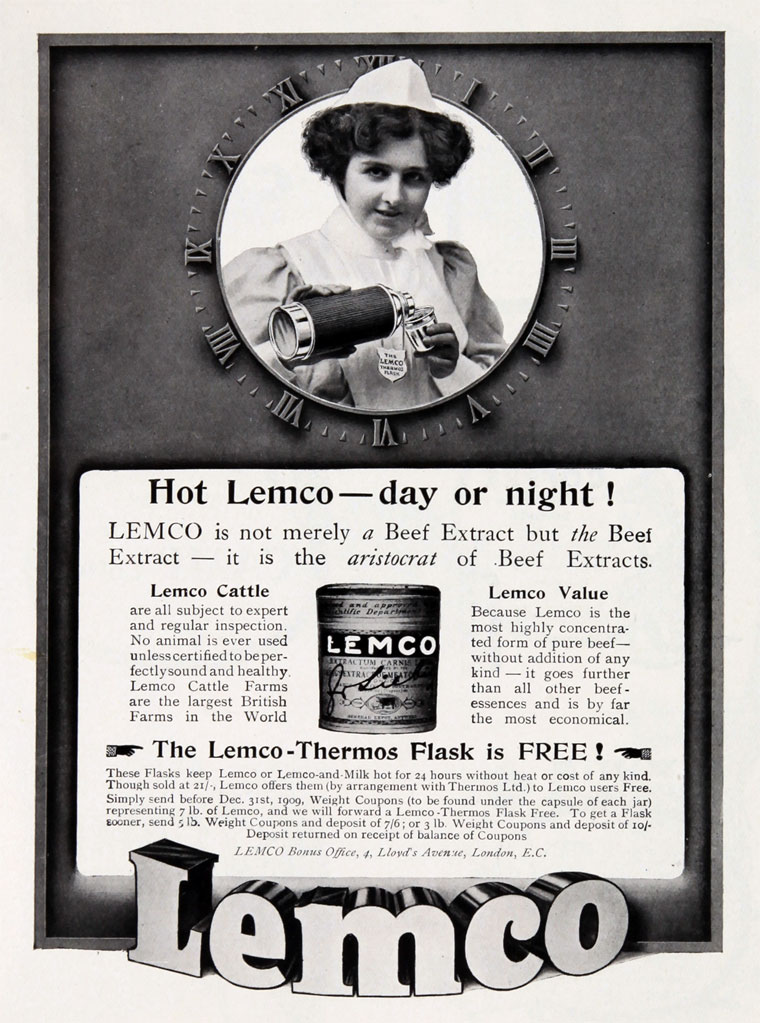 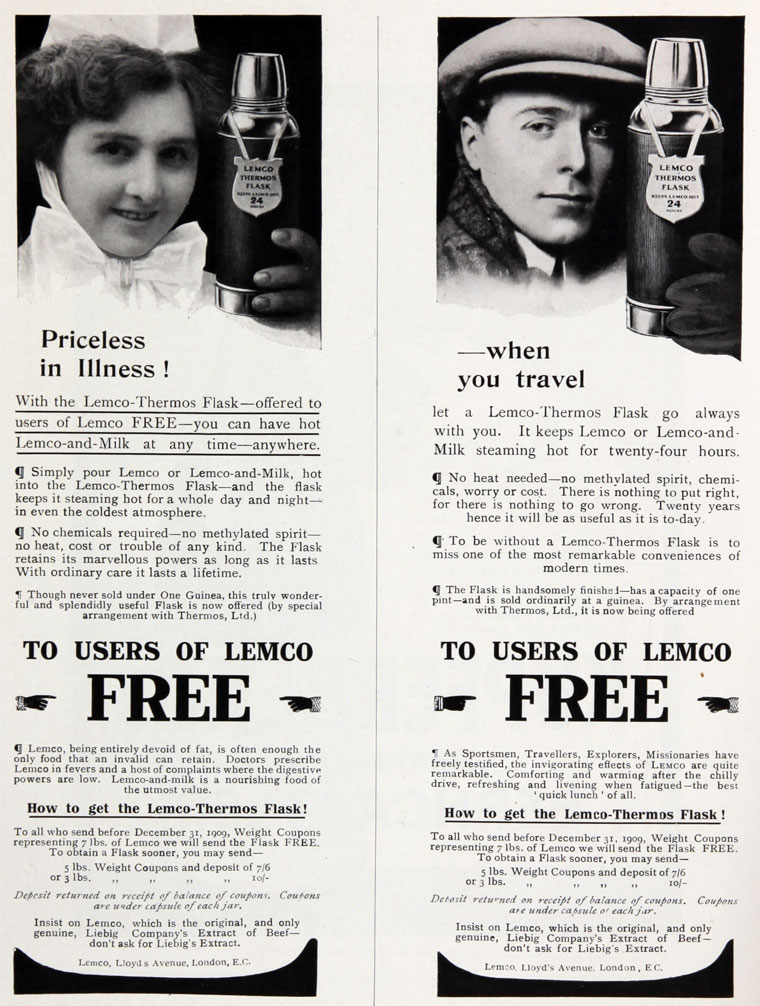 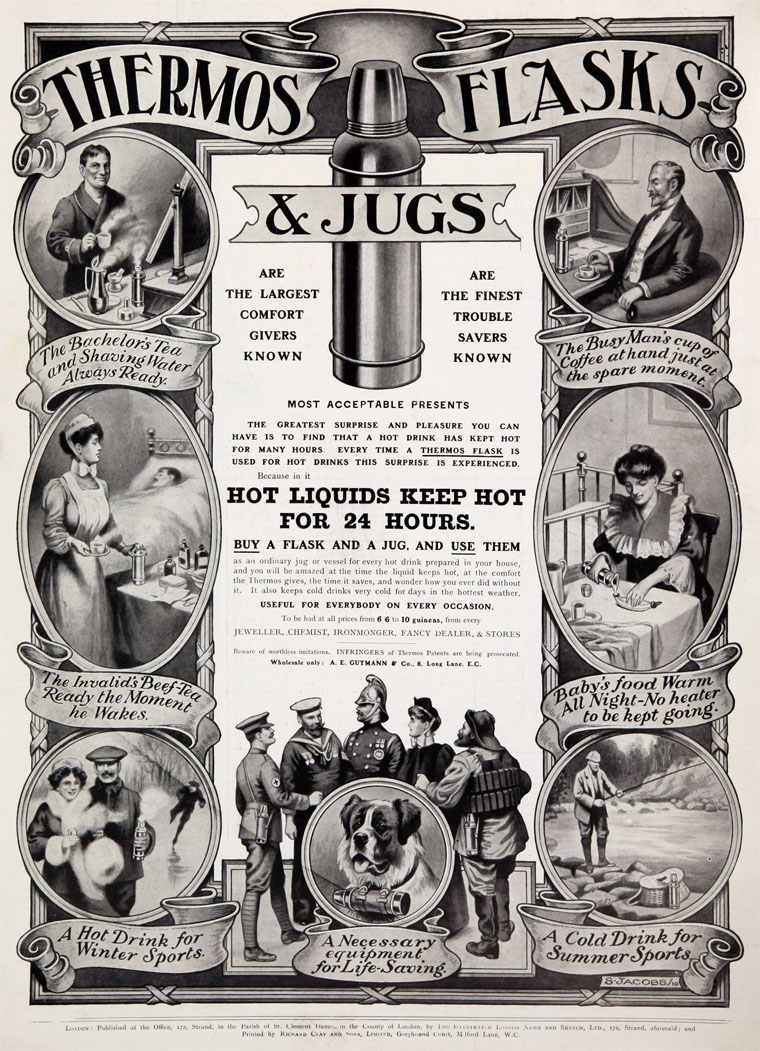 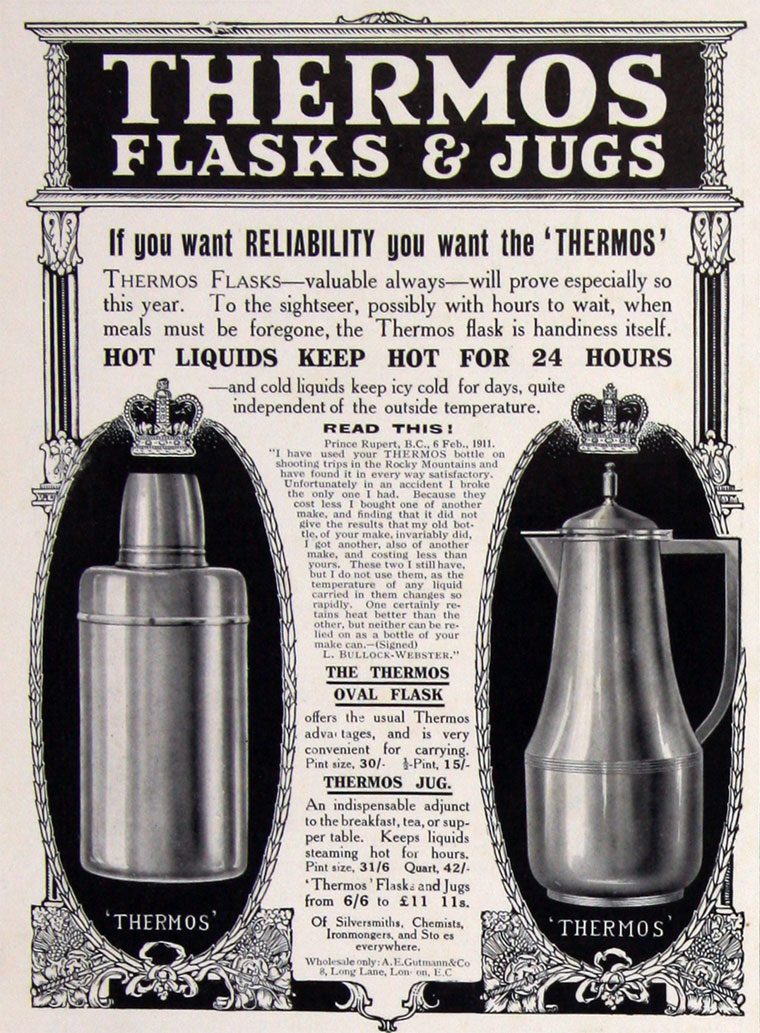 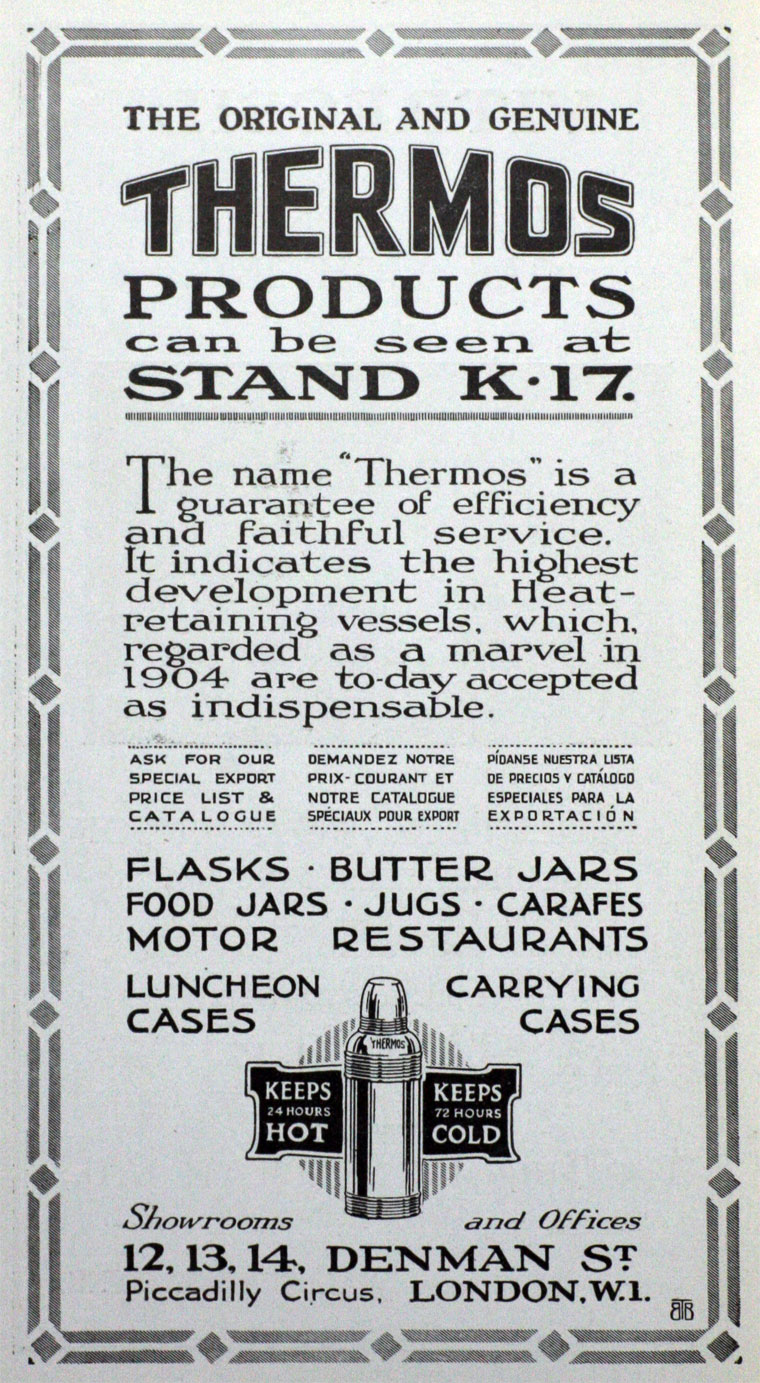 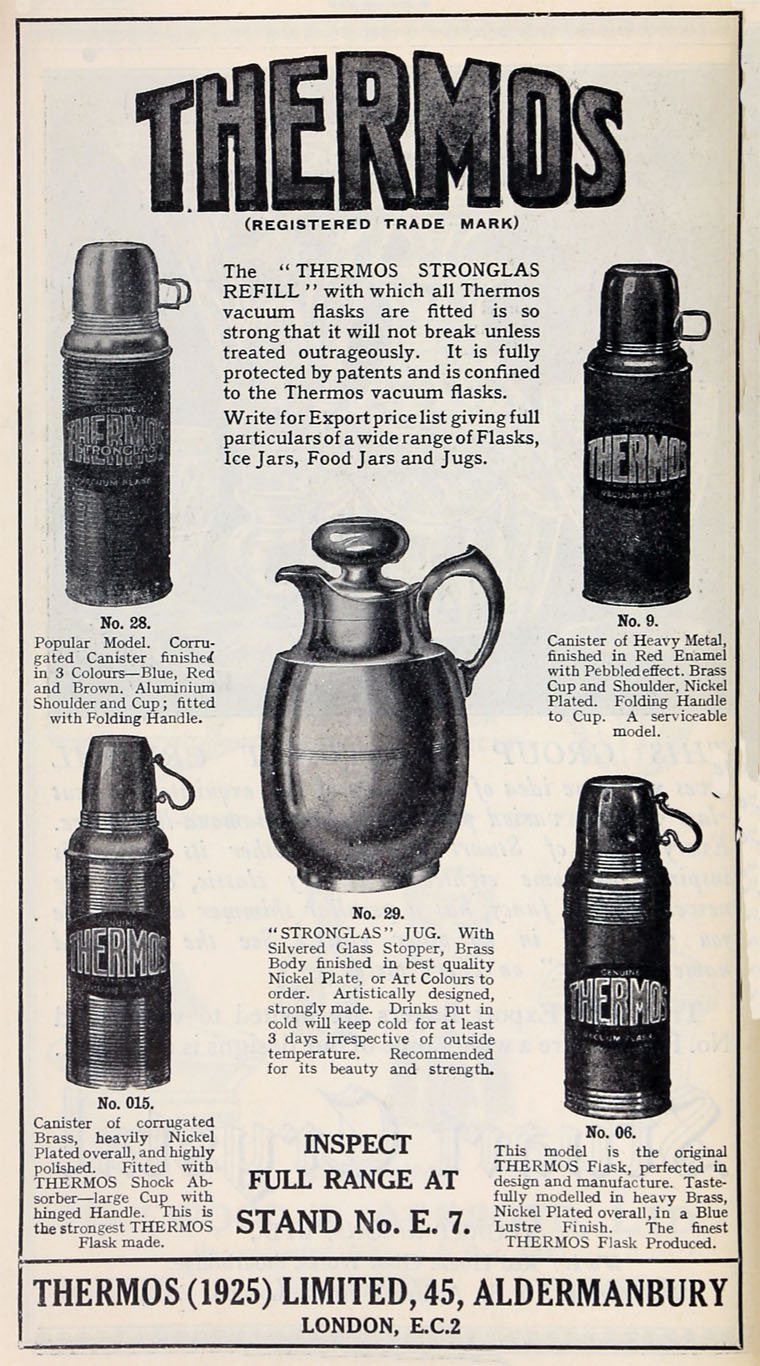 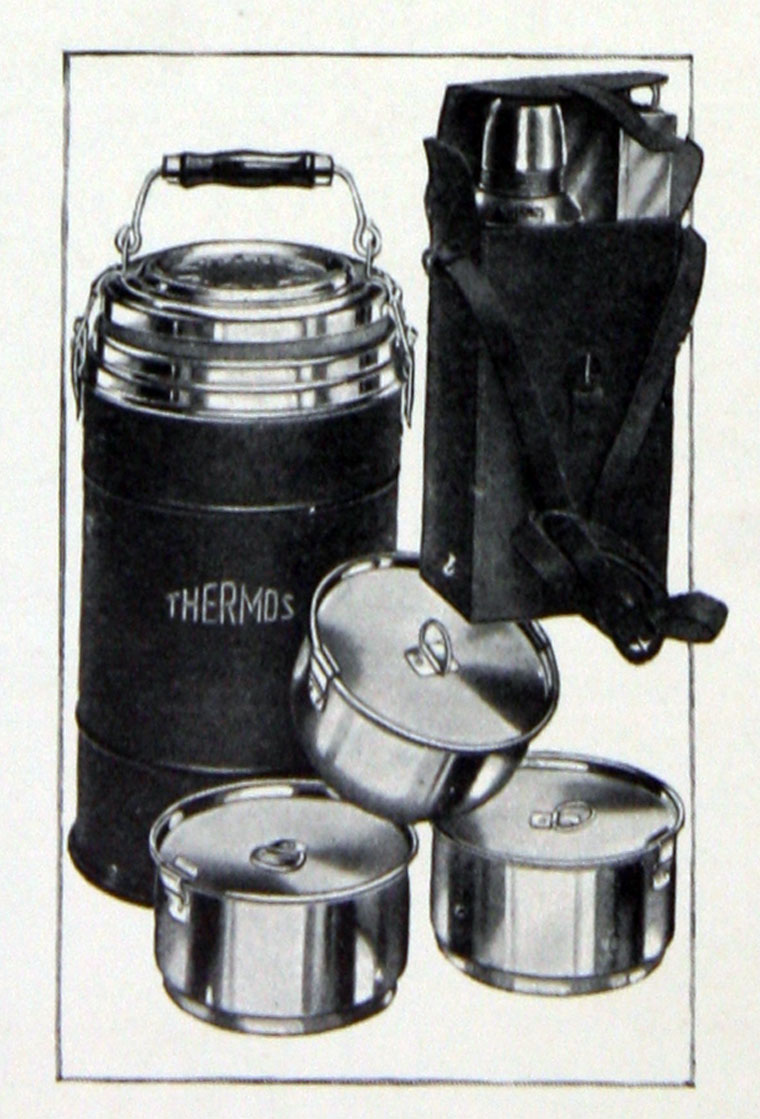 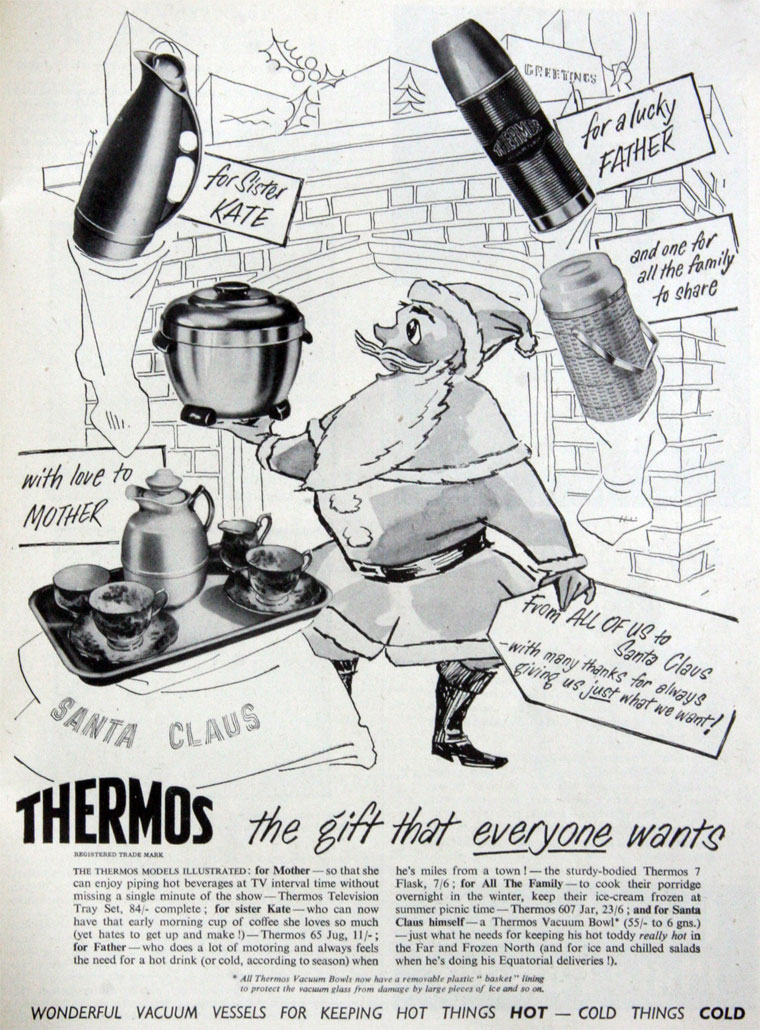 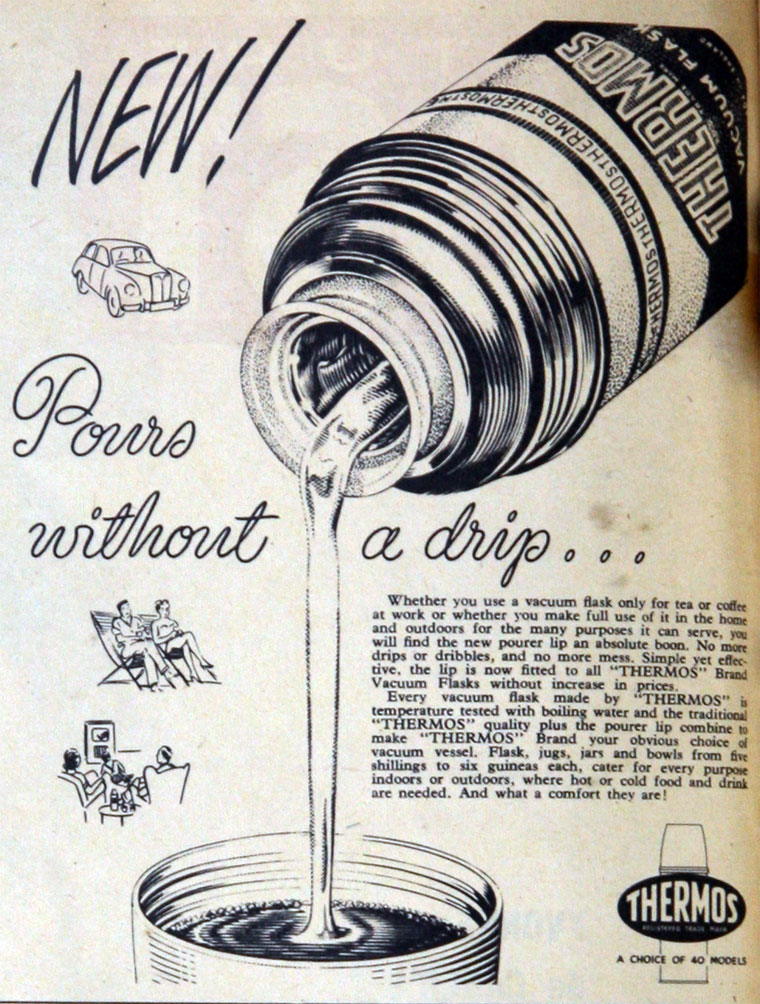 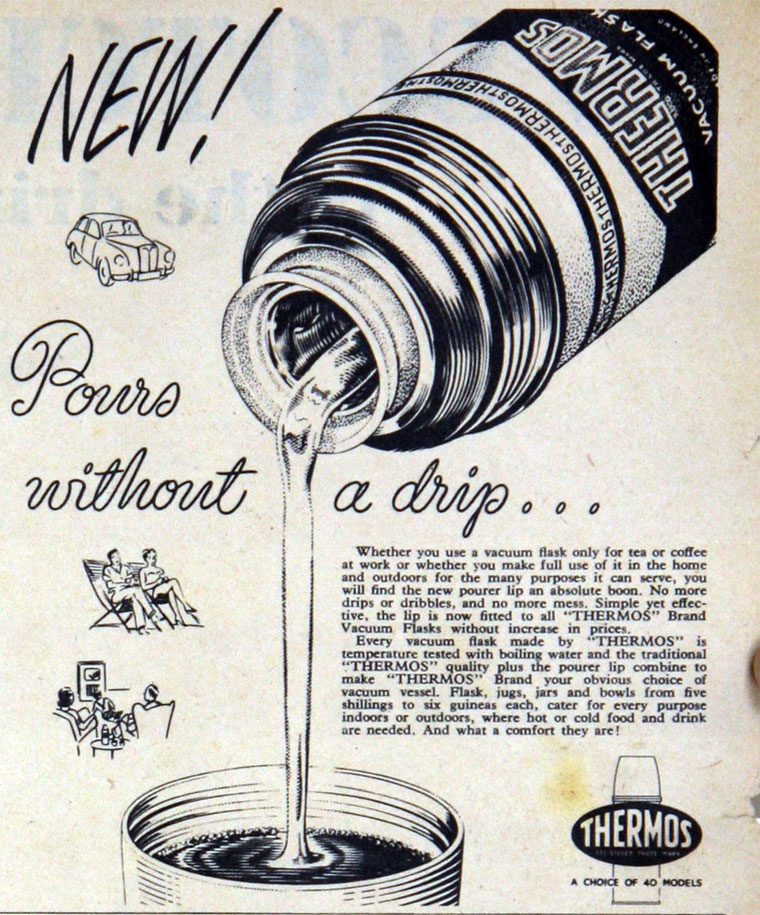 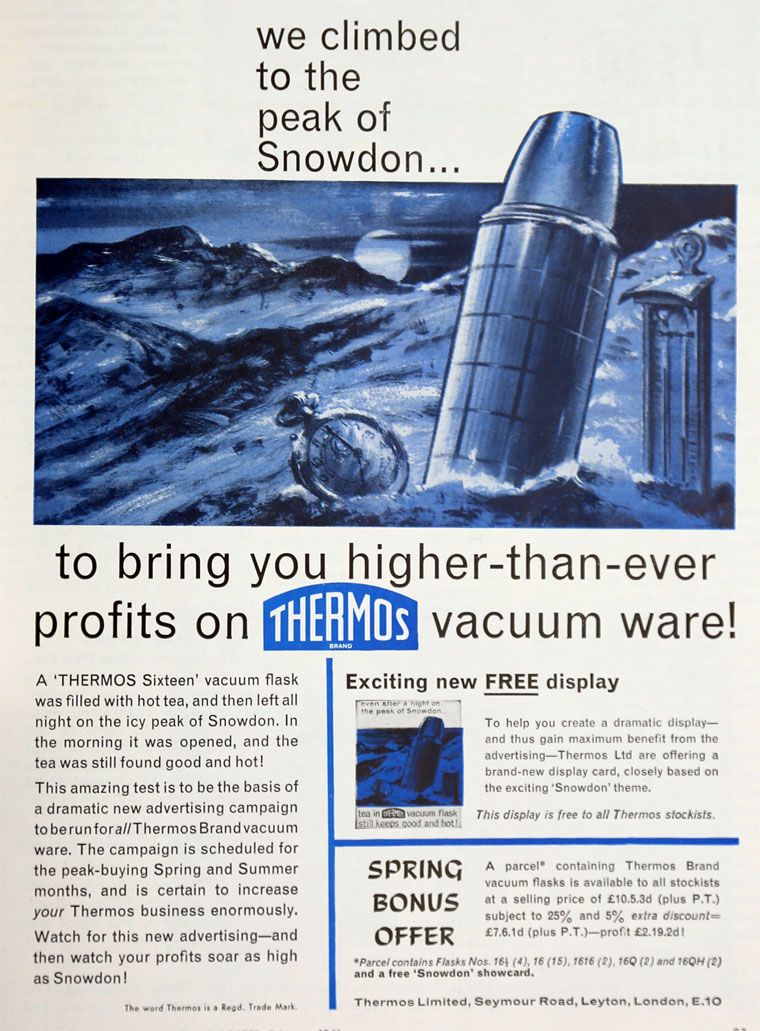 1892 Sir James Dewar, a scientist at Oxford University, invented the the "vacuum flask".

1904 It was first manufactured for commercial use, when two German glass blowers formed Thermos GmbH. They held a contest to name the "vacuum flask" and a resident of Munich submitted Thermos, which came from the Greek word Therme meaning "heat".

1911 Thermos made a technological breakthrough - the first machine made glass filler.

1938 The company moved from Tottenham to a new factory at Leyton.

1939 Break out of World War II - capacity of production in UK changed to wartime requirements.

1945 Thermos brand vacuum bottle was known almost universally for the use with food and beverages.

1947 The Leyton factory was enlarged.

1961 The Leyton factory closed when the firm moved to Brentwood.

1971 Thermos products were exported to over 100 different countries and was presented with the Queen of England’s Award to Industry for these export achievements.

1978 A subsidiary of King-Seeley Thermos of USA. Thermos held 70 percent of the UK market for vacuum ware[4]

1978 Saw the introduction of the world’s first Stainless Steel Flask by Thermos, revolutionising hot and cold beverage storage around the world.