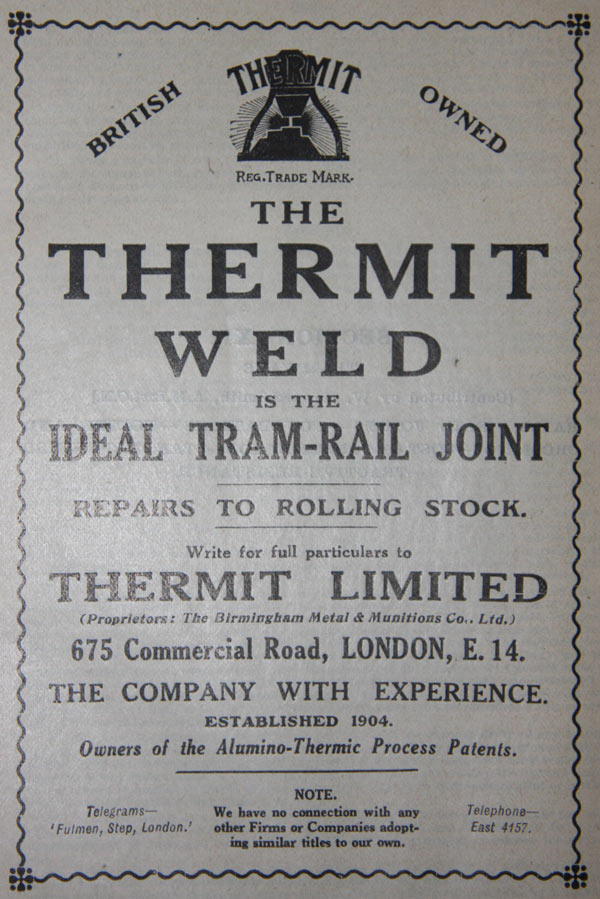 1902 The process of casting metals called "thermit" was patented in the UK on behalf of Hans Goldschmidt and Walter Mathesius of Essen.

1908 Goldschmidt's patent for improving the process of butt welding metals using the alumino-ferric (thermit) process was filed in the UK.

1917 A new company, The British Barimar Thermit Welding Co, with works in Liverpool and London, was given formal sanction to take up and work under license certain of the patents held by Thermit Ltd, at one time a German company, now owned by Birmingham Metal and Munitions Co.[4]. Also see British Thermit

1929 Murex Ltd acquired the goodwill, patents and trademarks of Thermit Ltd, a company which was owned by ICI[7]