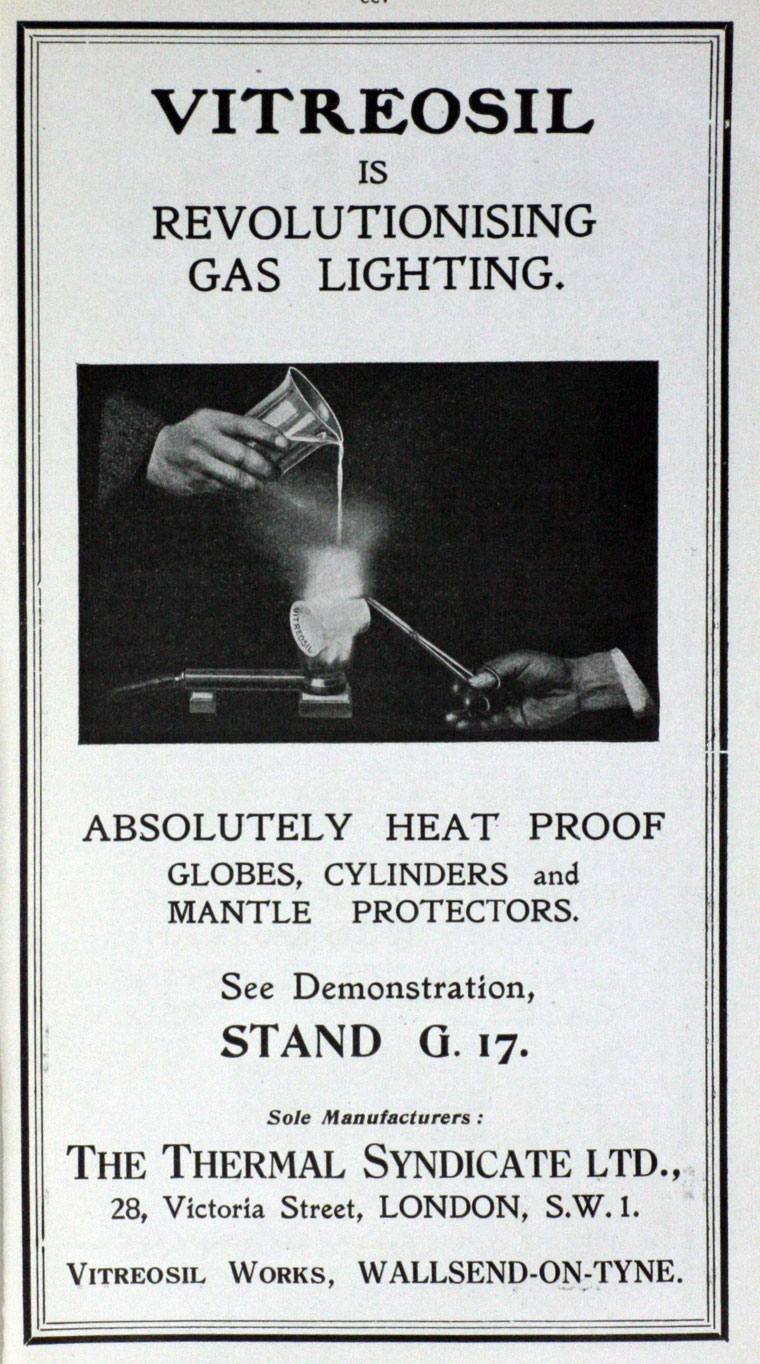 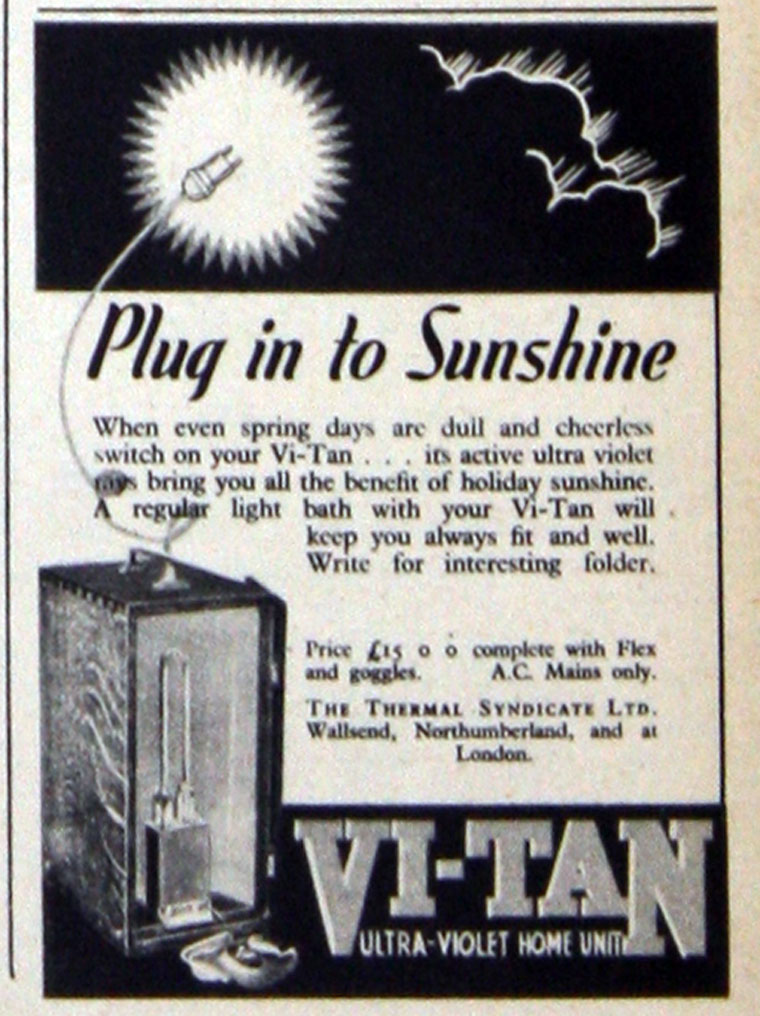 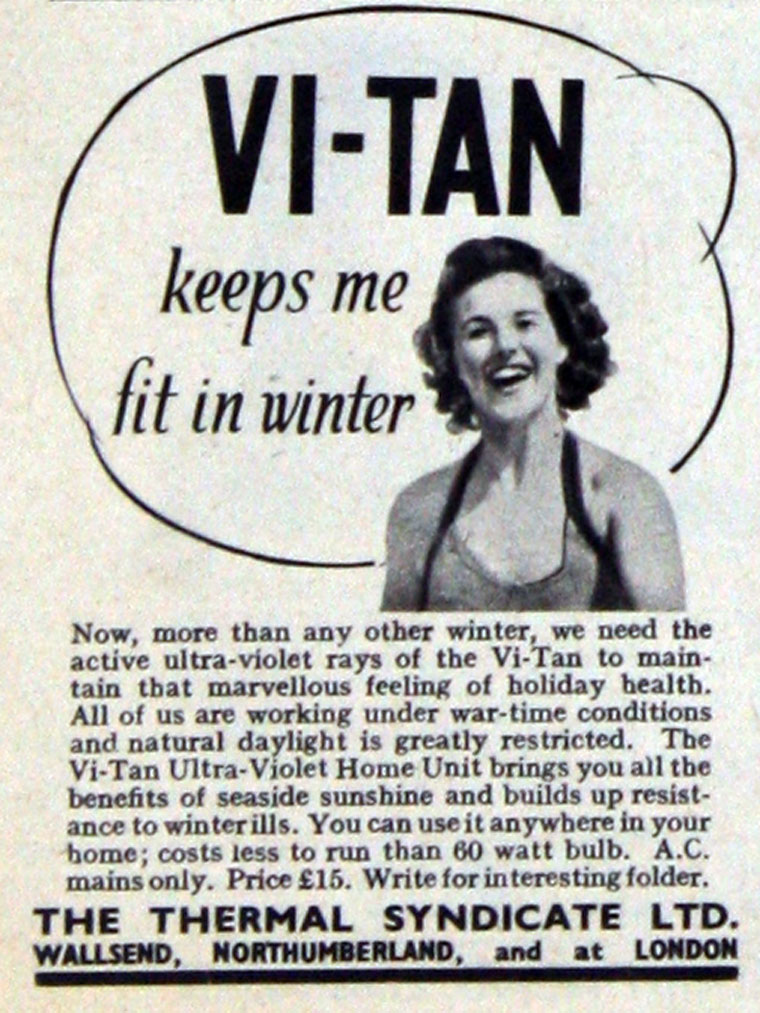 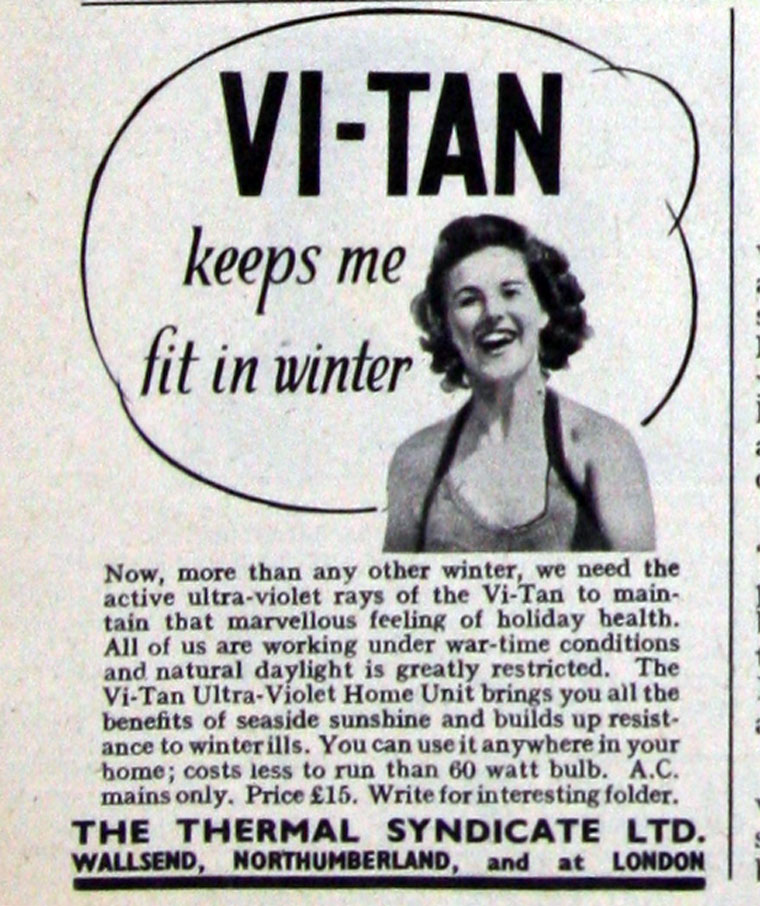 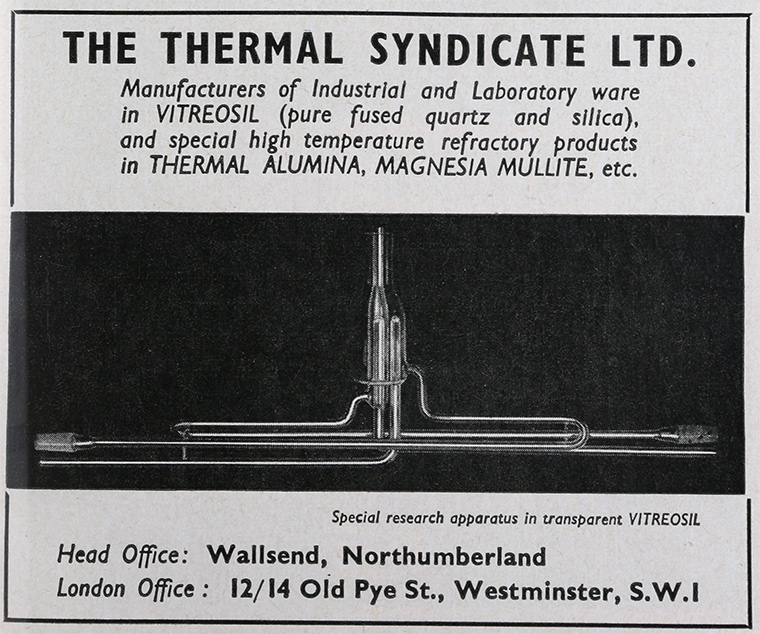 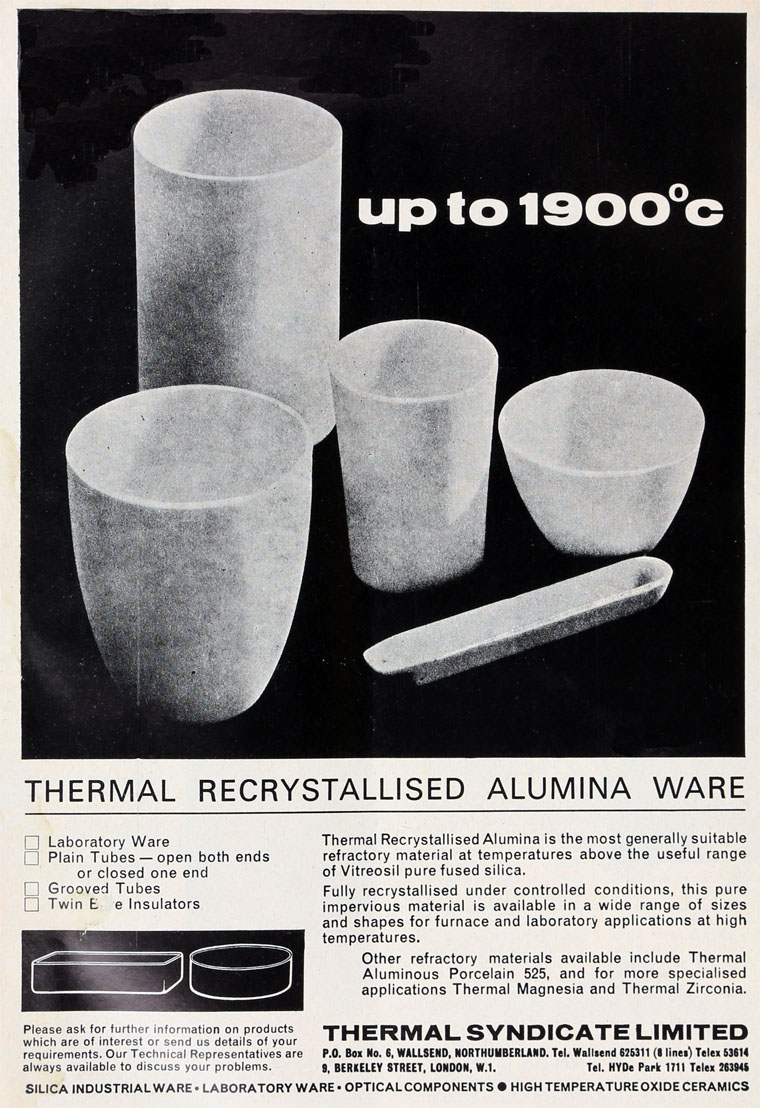 1906 The firm was incorporated as Thermal Syndicate Ltd, with Dr. Bottomley as General Manager.

1909 The trademark "Vitreosil" (taken from vitreous silica) was registered and is still in use today for products manufactured from naturally occurring silica sand or quartz crystal.

1930s 'Optical Quality' fused quartz was developed, primarily for use in ultra-violet applications.

In the 1960s they developed a new process for production of fused quartz.

1980s The company changed its name to TSL Thermal Syndicate plc in 1981.

1988 The TSL Group became part of the Saint-Gobain group.