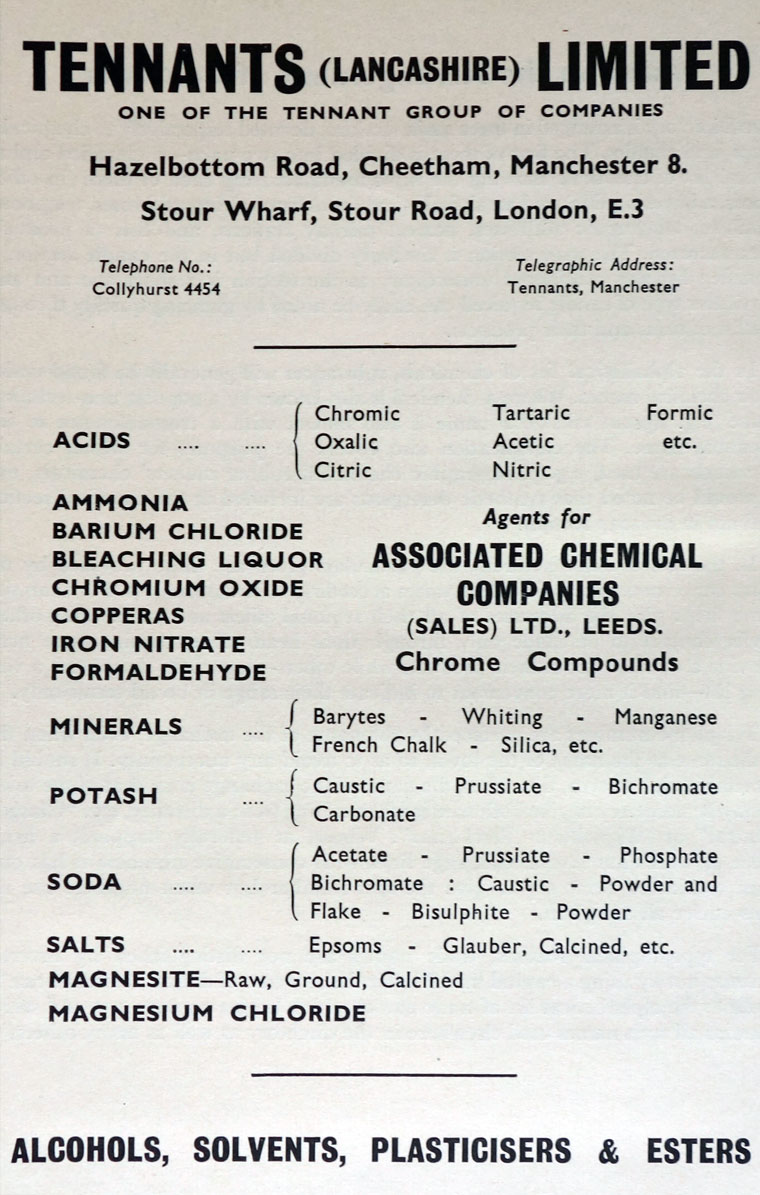 Before 1850, Charles Tennant and Co had established offices at Dundee and Liverpool - the latter was Tennant, Clow and Co which later became Tennants (Lancashire) Ltd.

1885 The Ardwick works were becoming confined by the growth of the city so new works were established at Clayton.