Tees Side Bridge and Engineering Works 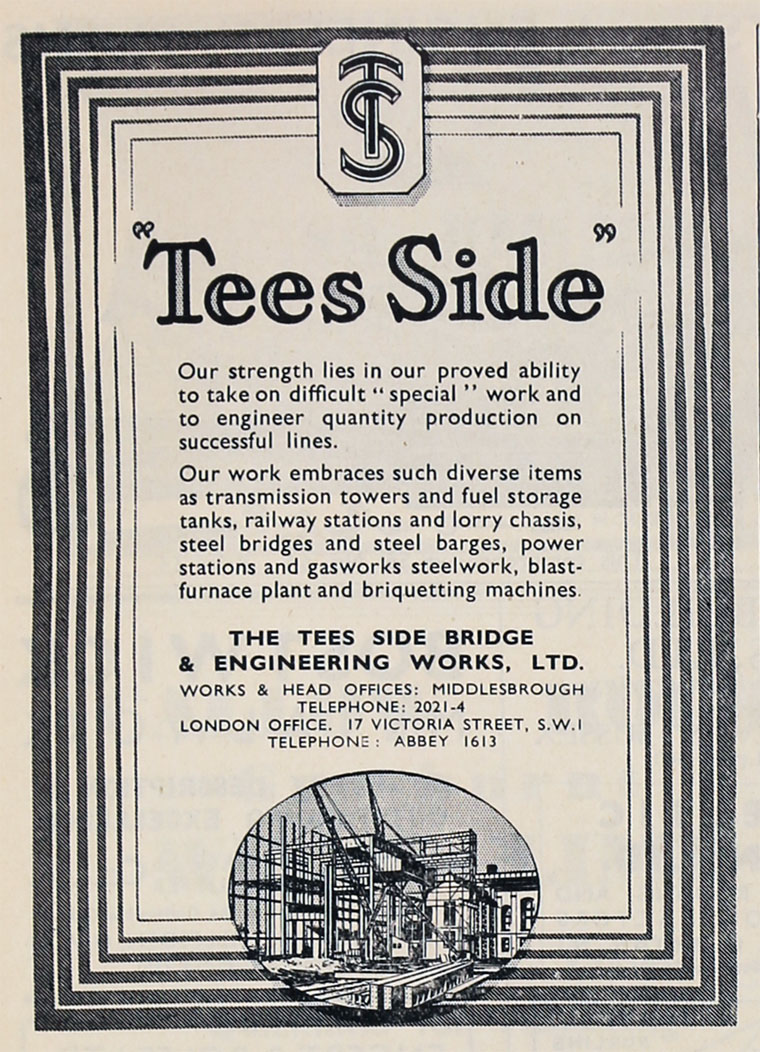 1930 Dorman, Long and Co acquired an interest in the company[4]

1954 Dorman Long and Company became a holding company on 2 October. The Holding and Realization Agency sold all of the shares in the company to the public[6].

1956 The AGM of Dorman, Long and Co was told about the performance of the main subsidiary companies[7] including Teesside Bridge and Engineering works at Middlesborough