1926 (from ‘Middlesbrough Pictorial and Industrial’) 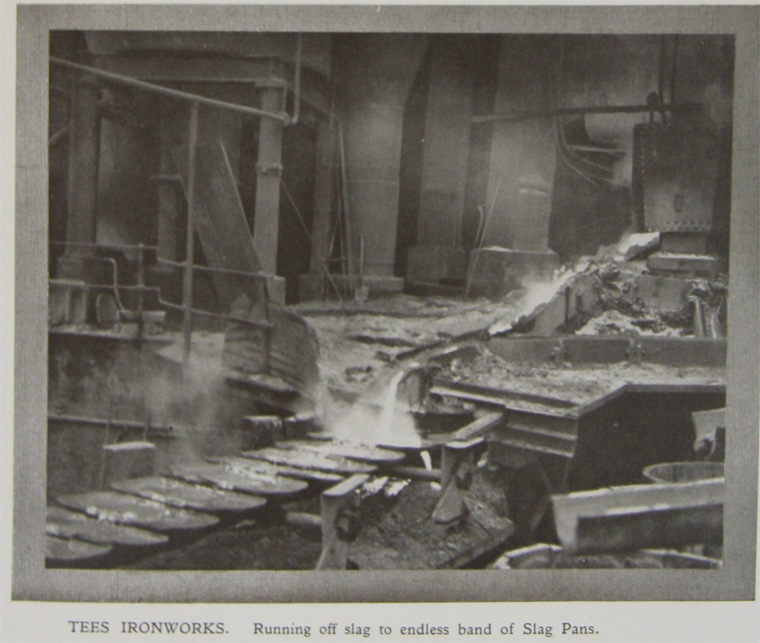 1926 (from ‘Middlesbrough Pictorial and Industrial’)

The works were built with 3 furnaces adjacent to the Cargo Fleet railway station, on the east side of Middlesbrough

1877 The owners of the works were Gilkes, Wilson, Pease and Co. There were 5 blast furnaces with "perhaps the largest horizontal engine in the world" from Hopkins, Gilkes and Co, built at the Tees Engine Works. Mr Charles Wood was the engineer of the Tees Iron Works; he had designed the boilers of the furnaces to burn gas. There was a large foundry for making railway chairs which were being produced with urgency so that they could be shipped to India to build lines to combat the famine[1]

Later of Wilsons, Pease and Co

1927 Pease and Partners had a controlling interest in several local companies or ironworks including the Tees Iron Works; see Aberconway for further information.