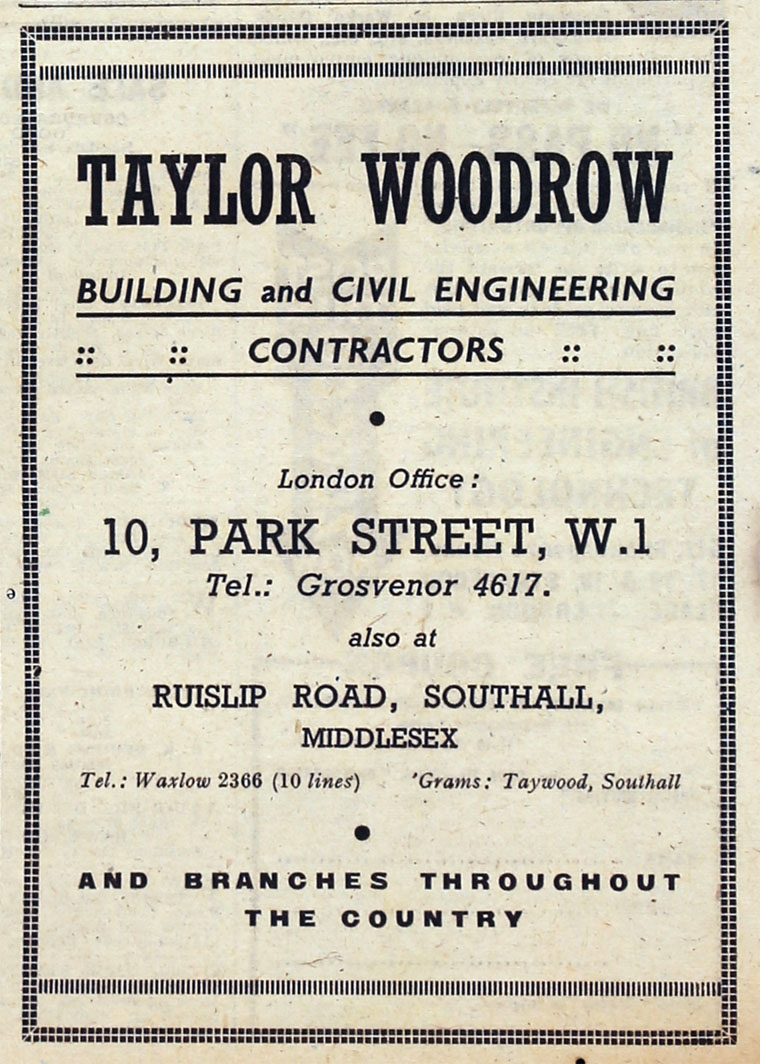 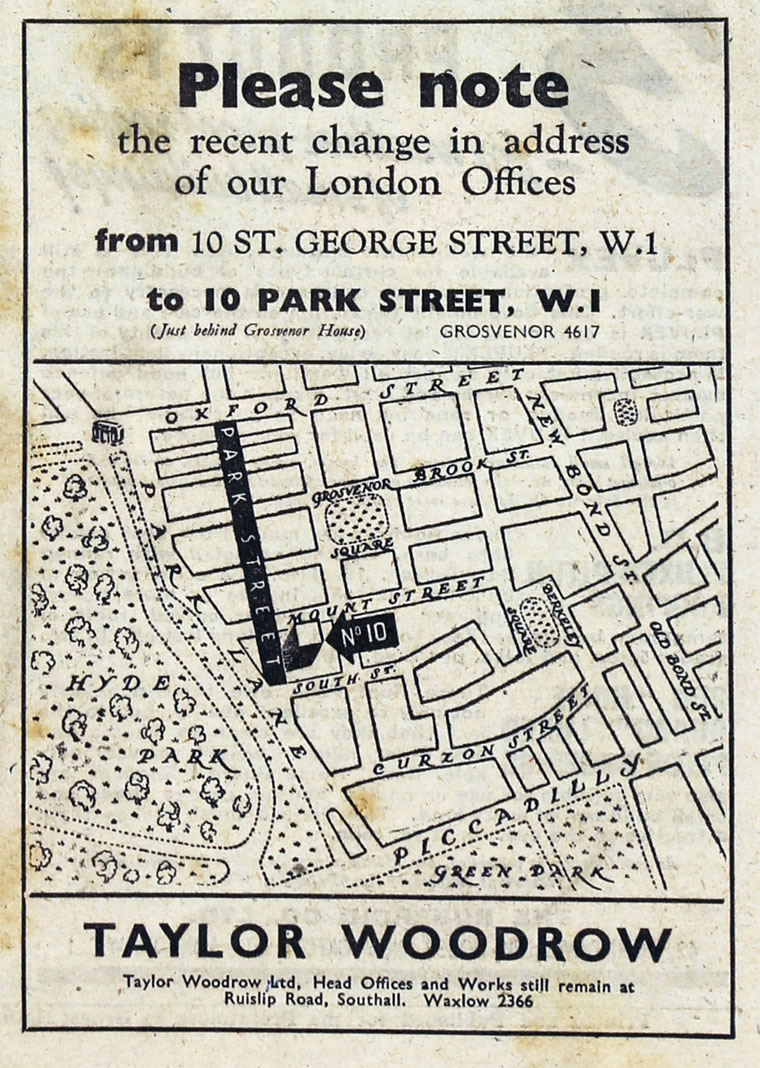 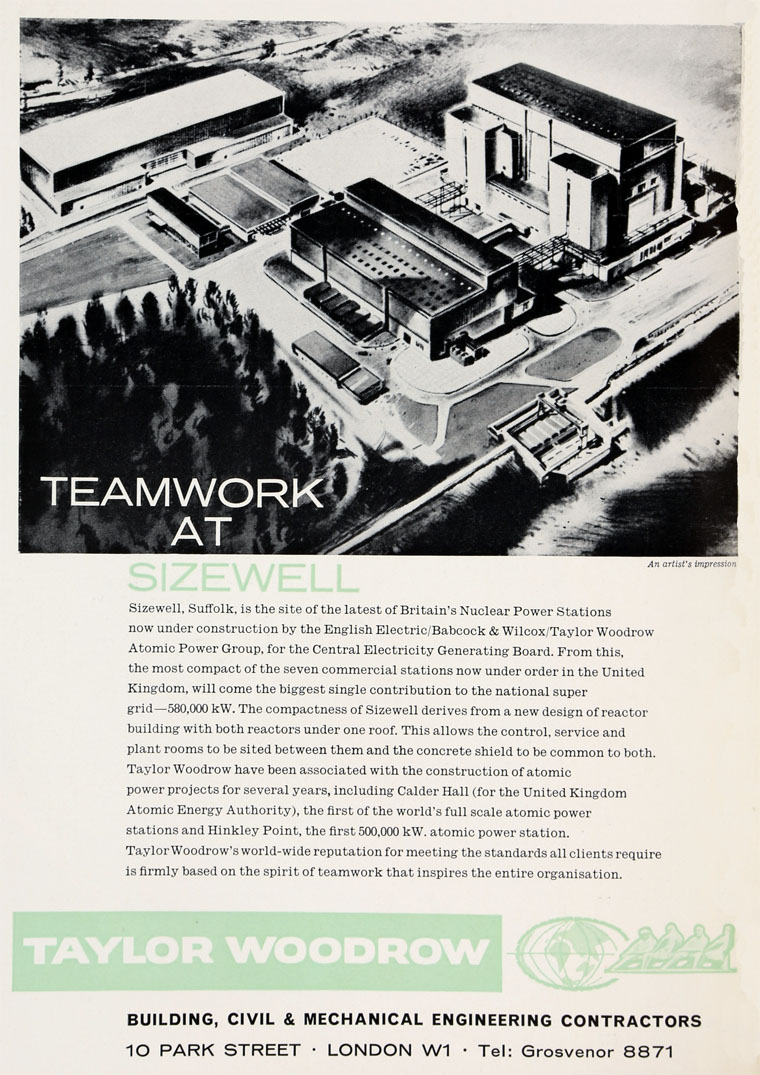 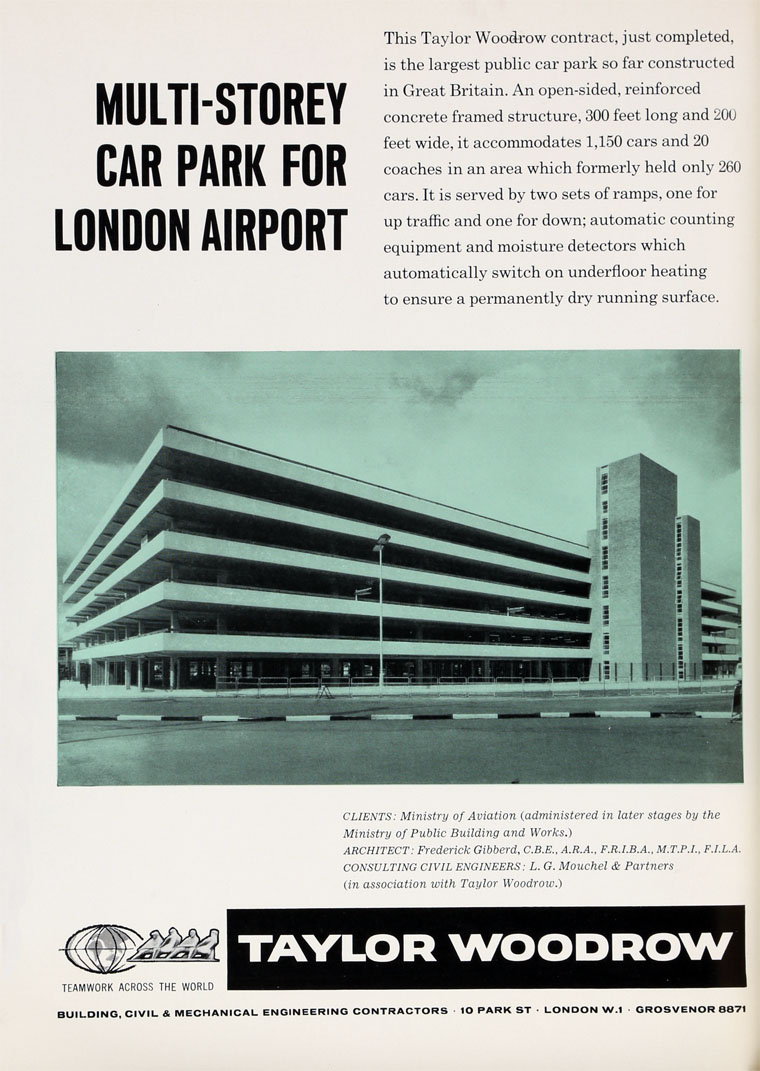 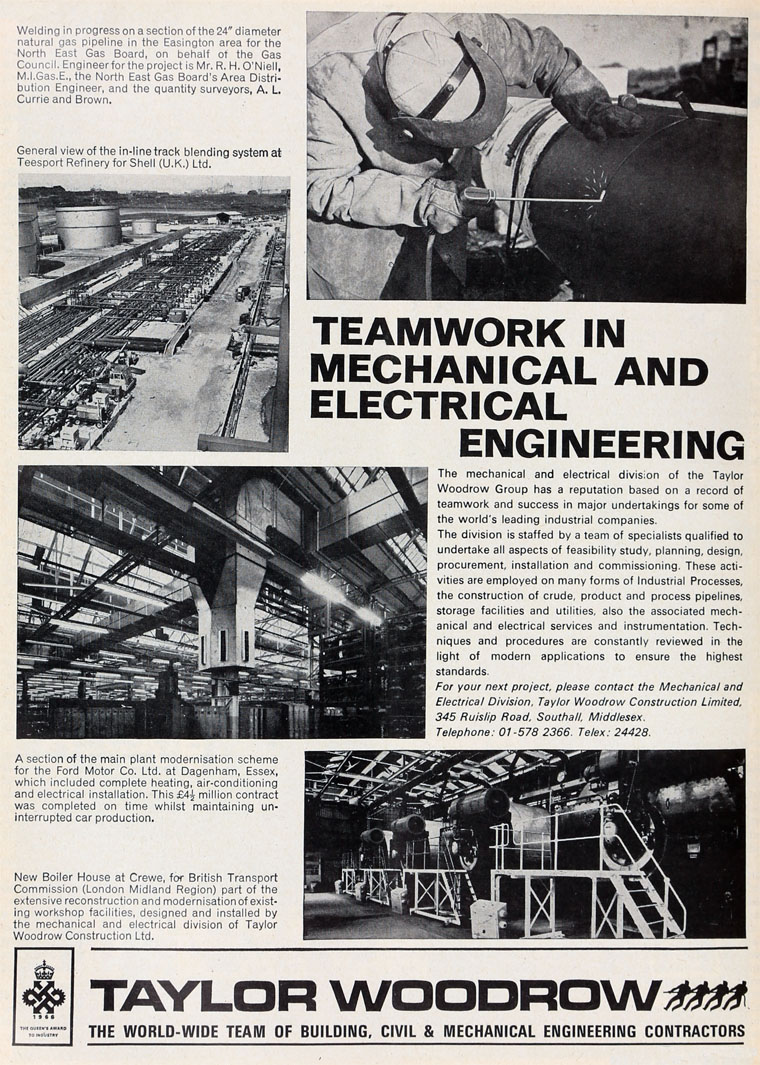 1943 Because of the increase in contracting and civil engineering work, the name of Taylor Woodrow Estates was changed by removing the word "Estates" from the title[3]

WWII Built concrete caissons for the Mulberry Harbour as well as constructing runways and airfields as well as ordnance and aircraft factories, hospitals, power stations, railway sidings, as well as open cast coal mining, erection of a penicillin factory, etc. Also made many hutments, airborne lifeboats and canoes. Civil engineering contractor for FIDO. Experimented on design of prefabricated houses; appointed by government as managing contractor for the supply of a large number of Arcon homes[4]

1948 Formed new subsidiary Taylor Woodrow (East Africa) which was building an oil pipeline amongst other tasks[5].

as well as overseas ventures, especially Africa and USA.

1954 Established a subsidiary in Canada

1955 Acquired a substantial interest in Myton Ltd, which was engaged in housing, building, and civil engineering[8]

1957 Award of contracts for 2 major power stations brought to a total of 14 such in recent years[11]. Opened a new research laboratory at Southall[12]. Taylor Woodrow Construction started work on a factory expansion for Solartron at Farnborough[13]