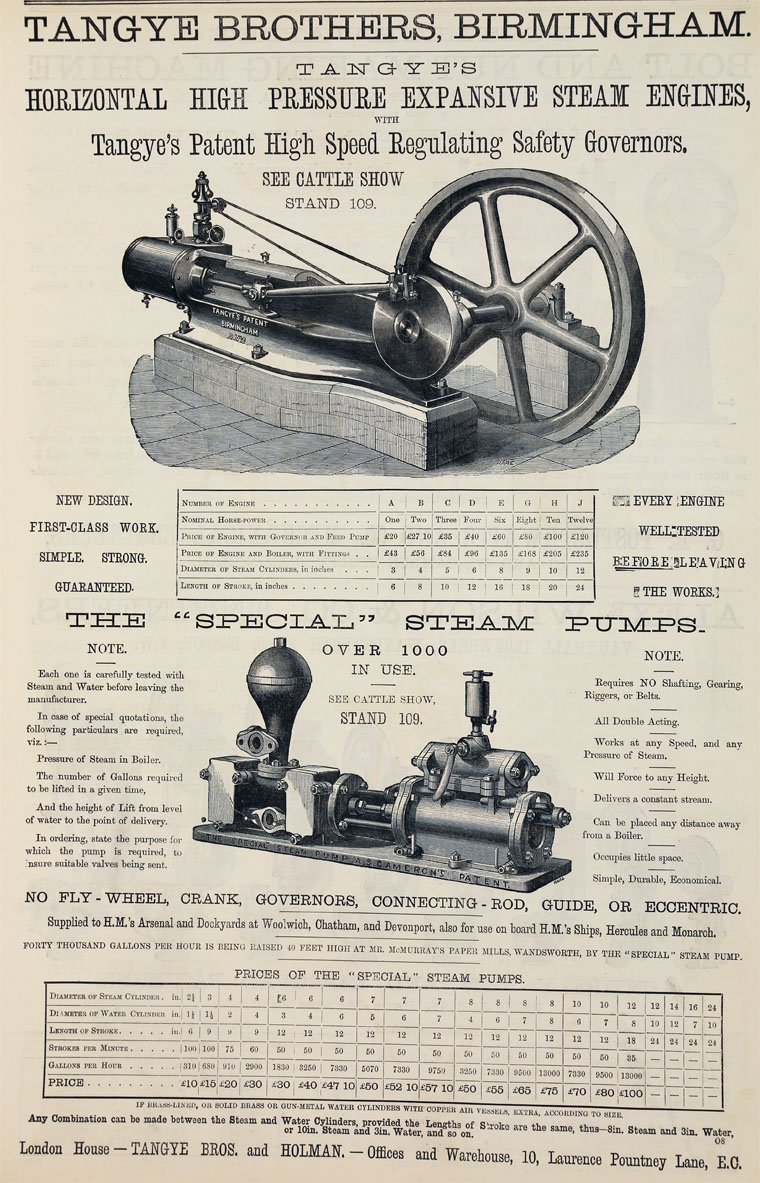 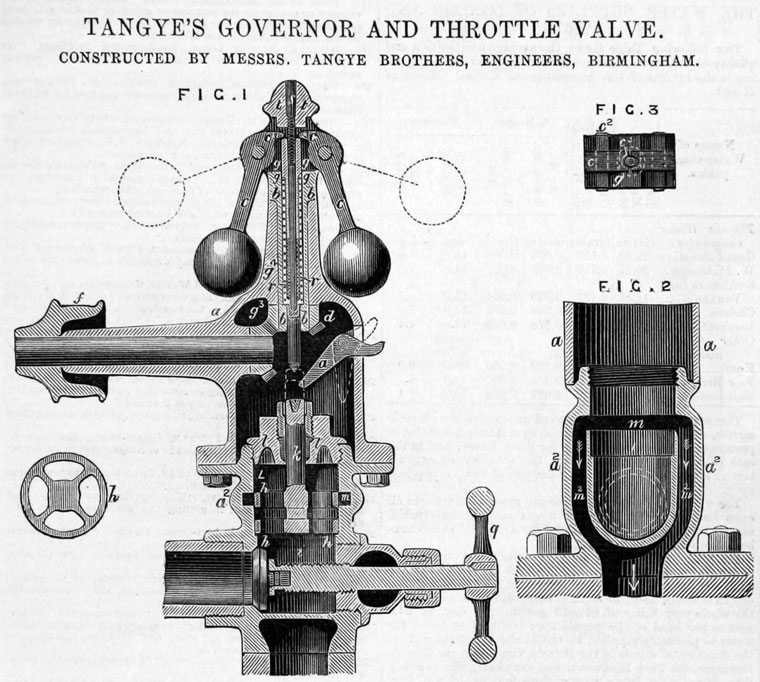 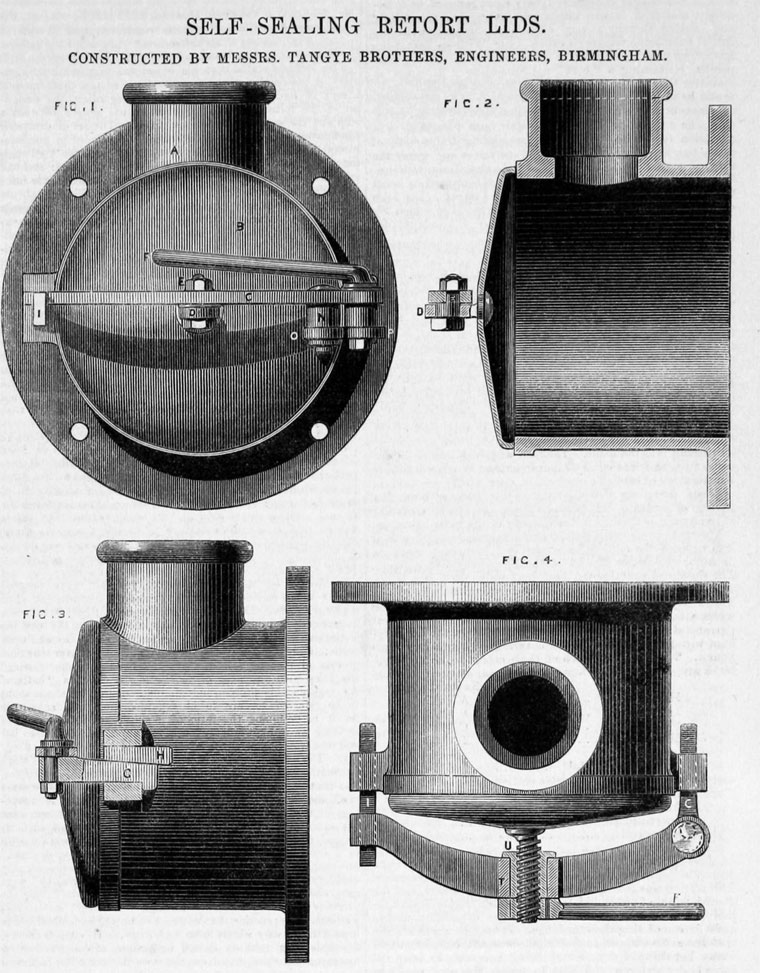 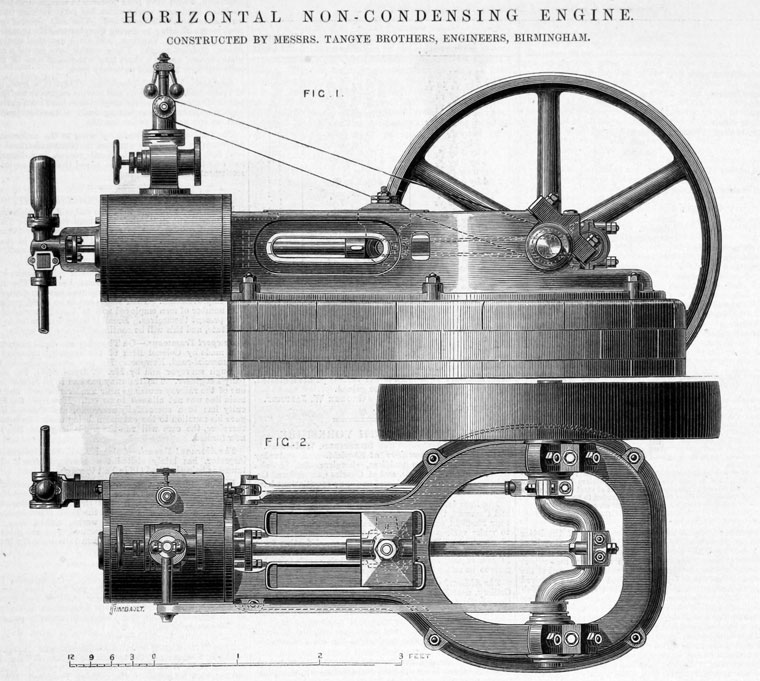 1862 Advert by Tangye Bros seeking to hire a steam engine for about one week [3].

1865 Tangye Bros were successful in an action against James Stott who was infringing Weston's patent [6][7].

1868-70 Joseph produced a Velocipede; an example is in the Cornwall Museum at Truro.

1881 Tangyes Ltd was registered on 31 December as a private limited liability company to acquire the businesses of Tangye Brothers, hydraulic engineers, and of Robert Price and Co, malleable ironfounders, of Winson Green, near Birmingham. [12]