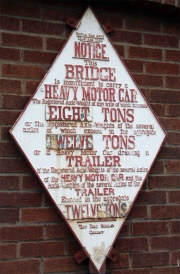 The Taff Vale Railway (TVR) is a railway in Glamorgan, South Wales, and is one of the oldest in Wales. [1]

1835 Anthony Hill, owner of the Plymouth Ironworks, asked Isambard Kingdom Brunel, to estimate the cost of building a railway from Merthyr to Cardiff and to Bute Docks. Brunel's estimate was £190,649. Local industrialists held a meeting, chaired by John Josiah Guest, at the Castle Inn in Merthyr, to discuss the issue, and decided to request Parliamentary permission to form a company to build the railway.

1836 The company was incorporated.

1836 On 21 June Royal Assent was given to The Taff Vale Railway Company's Act, allowing for the creation of the Taff Vale Railway Company. The founding capital of the Company was fixed at £300,000, in £100 share units. The directors were Josiah Guest, Walter Coffin, Edward Lee, Thomas Guest, Thomas Guppy, Thomas Powell, Christopher James, Thomas Carlisle, Henry Rudhall, William Wait, William Watson, and Peter Maze. Company profits were capped at 7% originally, with a clause allowing for an increase to 9% subject to a reduction in the rates and tolls charged for use of the line. The Act also capped the speed of the trains on the line to 12 mph (19 km/h), with stiff penalties for any speeding.

Construction of the railway was started in 1836, and the stretch from Cardiff to Navigation House (later named Abercynon) was opened in a formal ceremony on October 9, 1840, with public services starting the next day. The stretch from Abercynon to Merthyr was opened on April 12, 1841. The railway was single-line for its entire length, with passing only possible at or near the stations. It was not until 1857 that it became a double line. Brunel, the chief engineer, had chosen a narrower gauge (4 feet 8.5 inches or 1.435 m) than the 7 foot (2.134 m) gauge he would later choose for his Great Western Railway in order to fit the railway into the narrow, curvy space allowed to him by the River Taff valley.

Construction of the main line was relatively straightforward. The line mostly followed the course of the valley, and therefore needed few bridges and no tunnels. Brunel designed an impressive skew stone arch viaduct at Pontypridd, which spanned 110 feet (34 m) over the River Rhondda; the viaduct is still in use today, although it has been supplanted by a second, parallel viaduct. A similar viaduct exists at Quakers Yard.

1841 two branch lines were opened. The TVR entered the Rhondda with a 4 mile 38 chain (7.20 km) route from Pontypridd to Dinas, and the 3 mile 29 chain (5.41 km) Llancaiach branch was opened from Stormstown Junction (north of Pontypridd) to Llancaiach colliery.

The TVR proved its worth immediately. At its peak, two trains a minute passed through the busiest station, Pontypridd. By 1850, the TVR was carrying 600,000 tons (600,000 metric tons) of coal per annum, and was paying a 6% dividend.

The line was conceived as a goods line, carrying iron and coal. However, it also ran passenger services from the beginning. There were two passenger trains each way daily, including Sundays. This was extended to three weekday services in 1844. Single fares from Cardiff to Merthyr were 5 shillings for first class, 4s for second class, and 3s for third, and were each reduced by a shilling in 1845.

1863 Passenger services to Treherbert began on January 7; to Ferndale later that year; and to Maerdy in 1889.

1901. A strike by the railway's workers led to a landmark legal dispute known as the Taff Vale case. The Taff Vale Railway Company sued the union, the Amalgamated Society of Railway Servants (ASRS) for damages caused by the strike. The judge found in favour of the Company.[2] The ruling was upheld by the House of Lords.

1911 1911 Railway Accident "Colonel Druitt's report on the serious collision that occurred on January 23rd near Pontypridd, on the Taff Vale Railway, was issued last week. In this accident eleven passengers were killed, four were injured and the guard of the mineral train has since died from the injuries he received when the passenger train ran into his van...'[4]

1923 The TVR became a part of Great Western Railway.