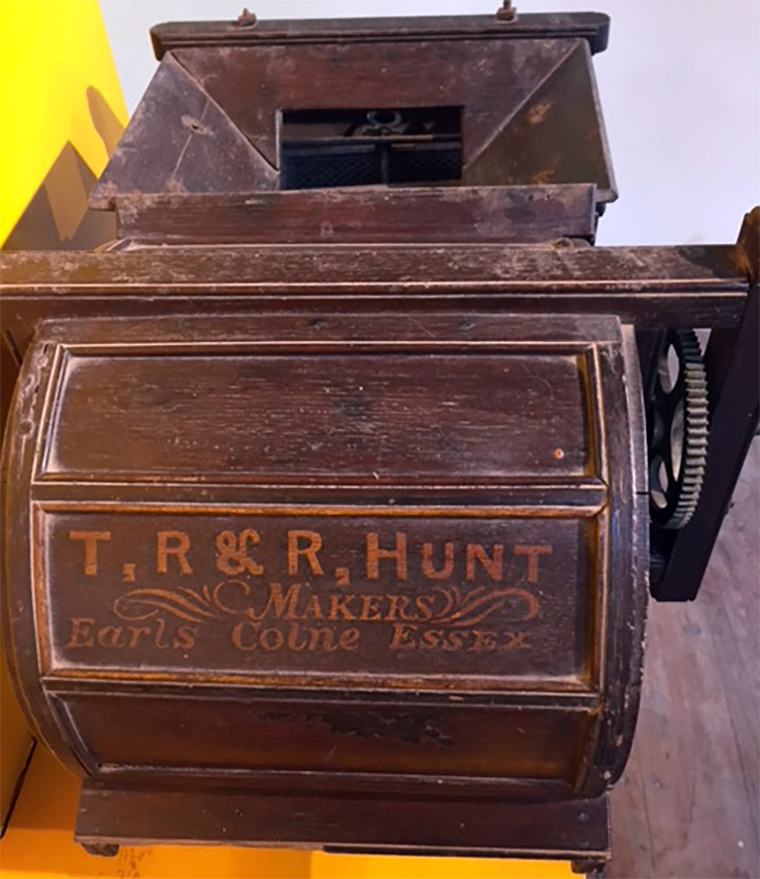 1808 The company was established by Robert Hunt.

Later joined by his sons Thomas, Robert and Reuben.

When Thomas and Robert died, the business passed to Reuben Hunt who became the sole proprietor; Reuben was involved in agricultural implements such as turnip cutters..