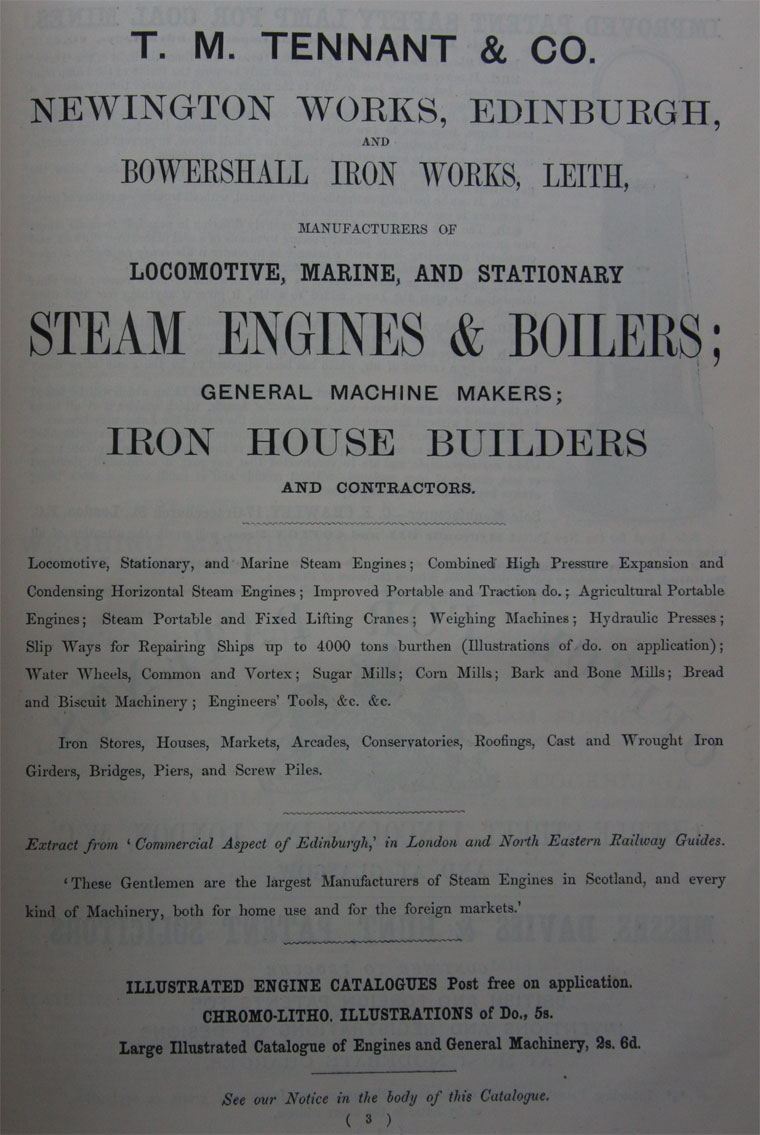 1856-7 Listed as above and also as engineers as as of Newington Works, East Sciennes Street

1860-1 Listed with the additional address of St. Leonards

1862 Listed at the same and at Bowershall Iron Works

1878 The company finally wound up. The site was later occupied by Bonnington Castings

'Messrs. Tennant and Co., of Leith, made a large number of road steamers for Mr. Thompson. Some of these, intended for passenger service, are already referred to; but they also made a considerable number of engines for heavy haulage purposes, one of which is illustrated in Mr. John Head's paper "On the Rise and Progress of Steam Locomotion on Common Roads," 1873.' [1]