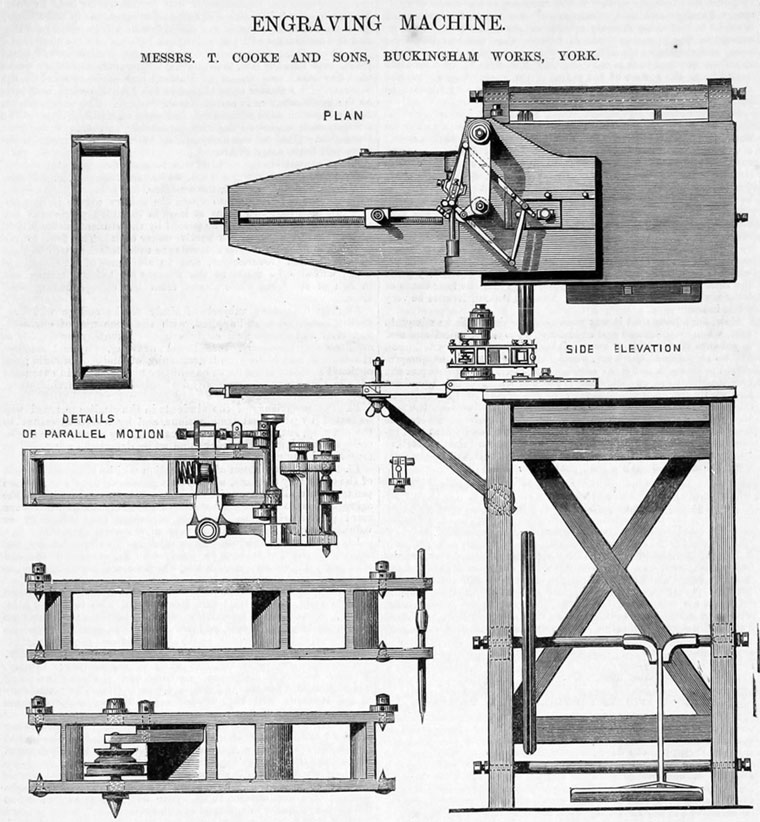 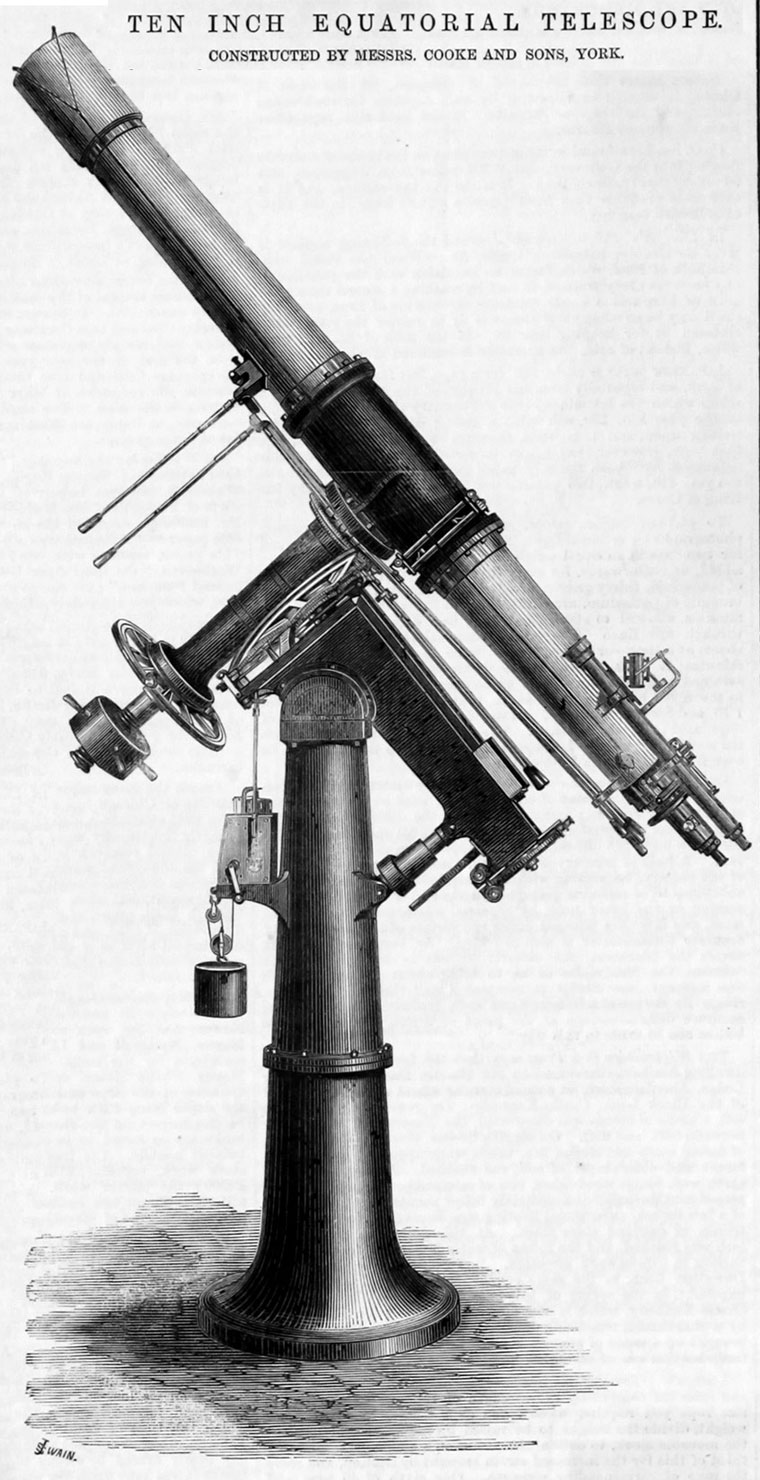 1837 The scientific instrument manufacturing business was founded by Thomas Cooke in York. He was a self-taught optical engineer of great ability.

1855 He built his own factory on Bishophill, York, producing a great range of goods from spectacles, telescopes and surveying equipment to sundials, clocks and lathes.

1868 On his death, his sons Thomas and Frederick took over the firm which continued to expand and export goods worldwide, particularly astronomical and surveying equipment. Constructed the Newall equatorial telescope, the largest telescope in the world at that time.

1893 the company's manager H. Dennis Taylor patented the "Cooke Triplet" lens, made of three optical elements made of different sorts of glass. With this construction chromatic aberration was reduced to a minimum. Taylor took his design to Taylor, Taylor and Hobson for manufacture.

1900s By the turn of the century defence products for the home market had also become an important field.

1914 A new factory was built on Bishophill, York, to cope with war work.

1915 Vickers Ltd acquired control of T. Cooke and Sons, a scientific instrument manufacturing business. Vickers had long had an interest in the military side of Cooke's products such as rangefinders, gunsights and surveying equipment, adapted to military needs.

1920 Engraving and Profiling Machine. Full details with photos and drawings. [2]

Although Cooke’s had been acquired by Vickers in 1915, it continued to trade as Cooke, Troughton and Simms until 1963.