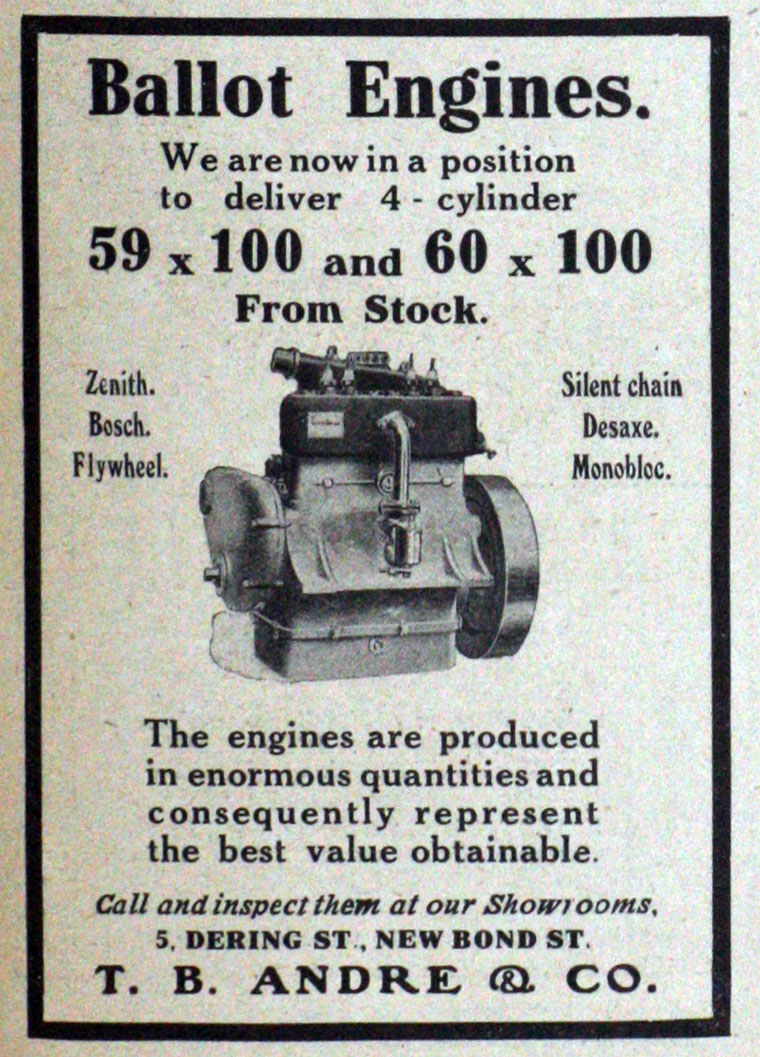 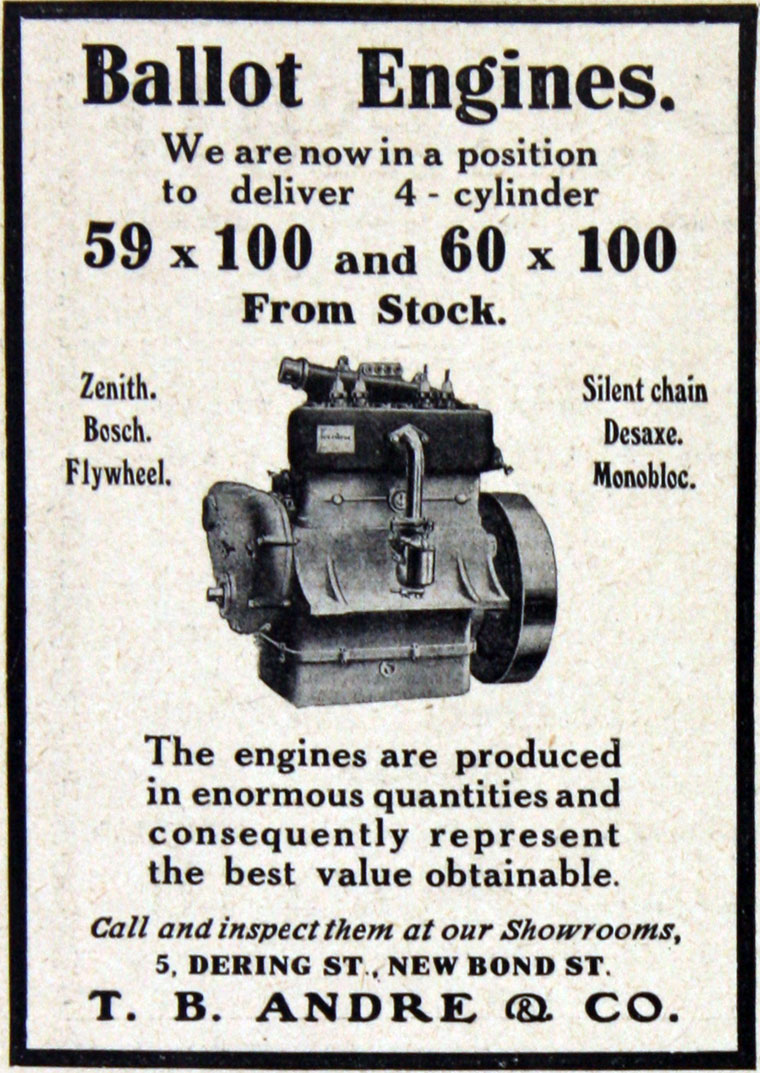 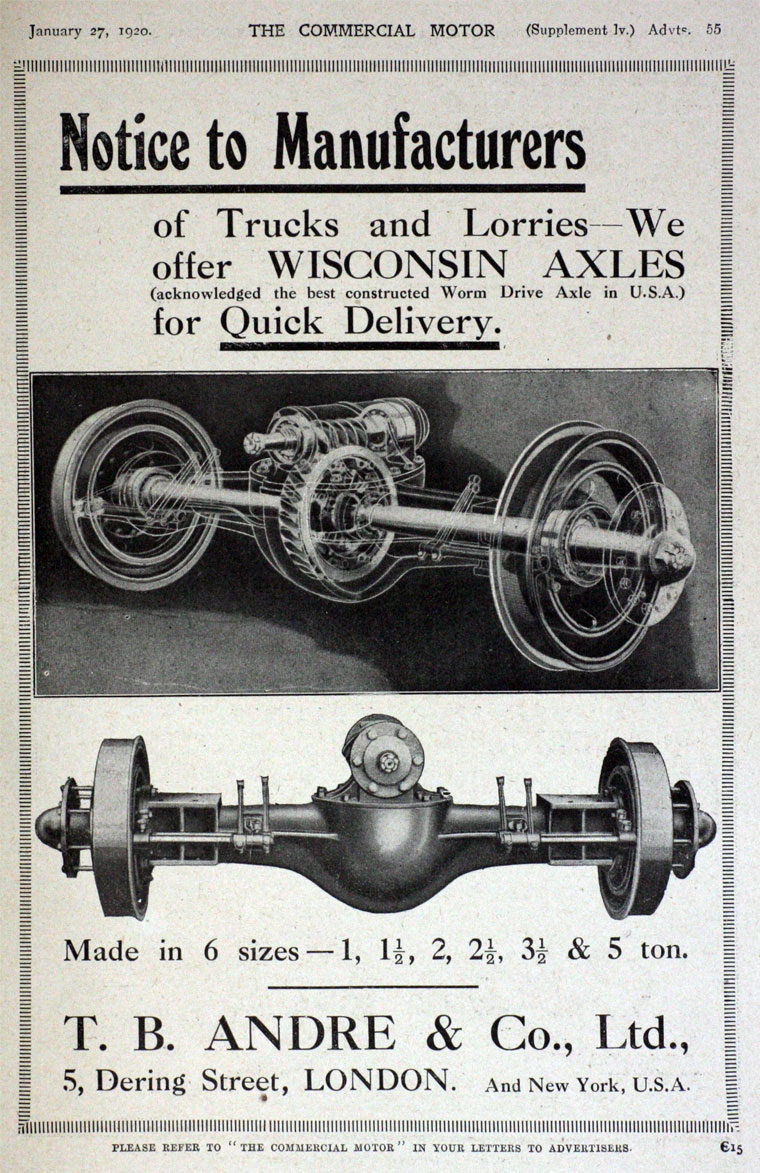 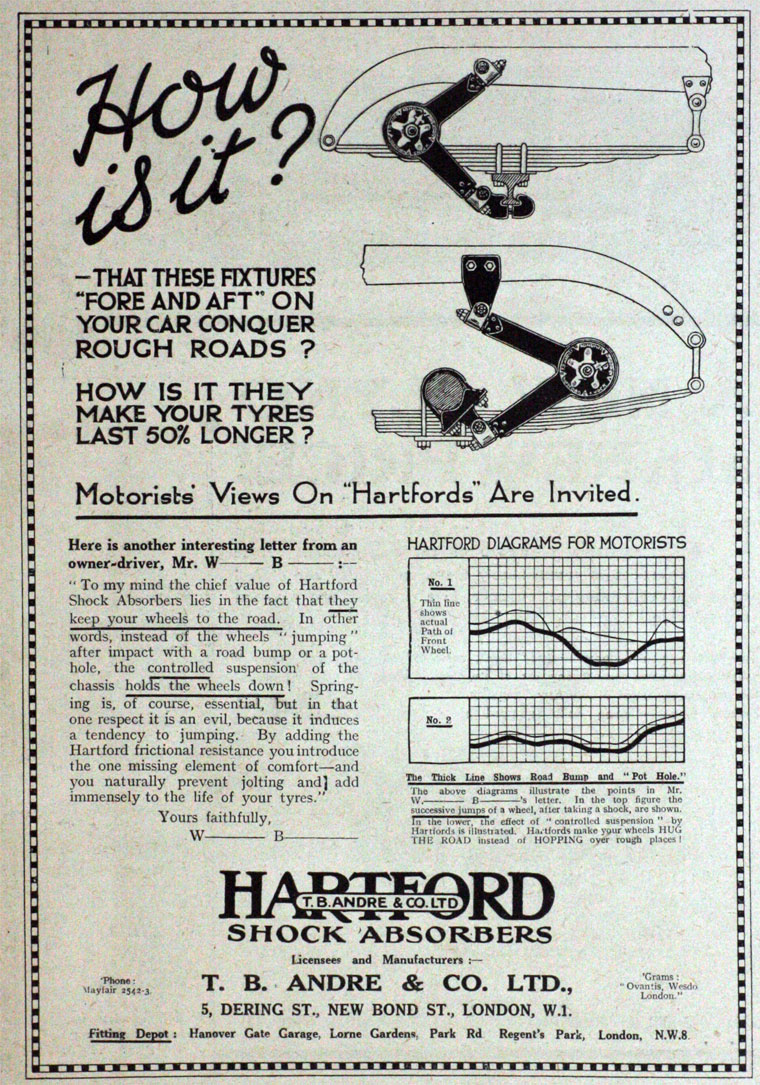 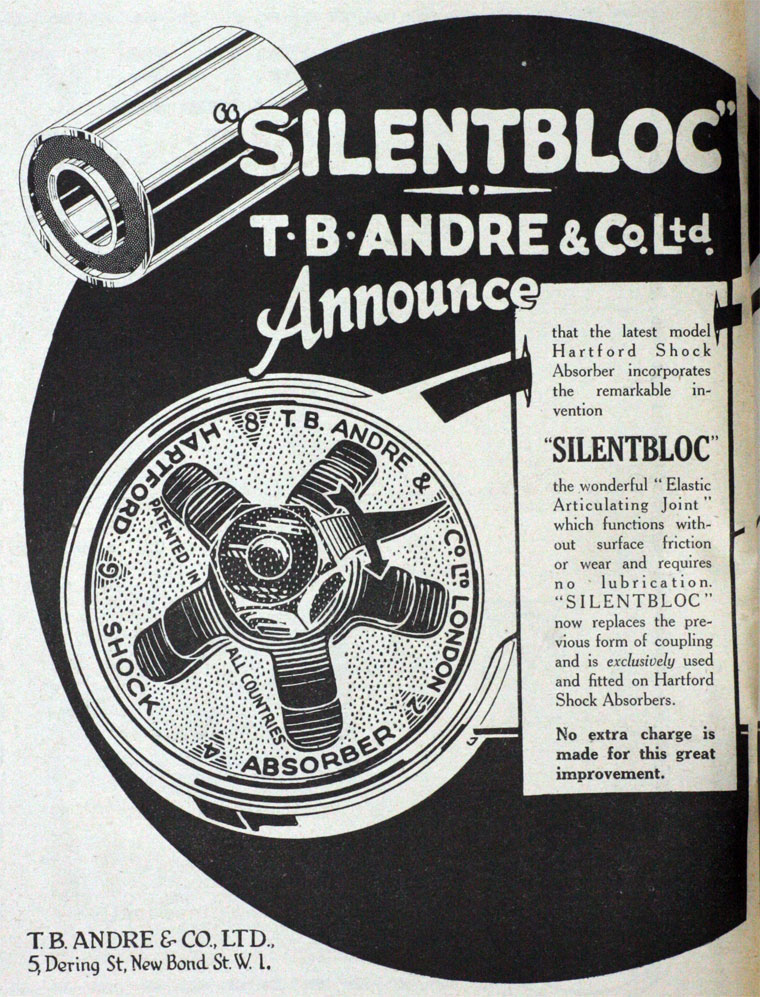 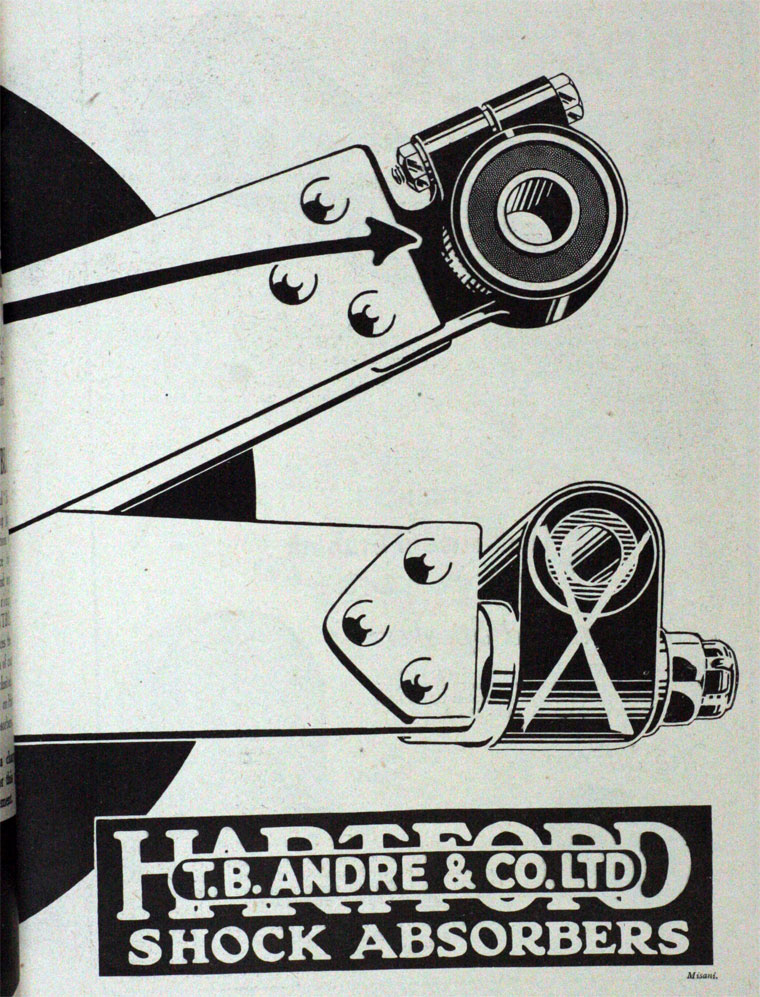 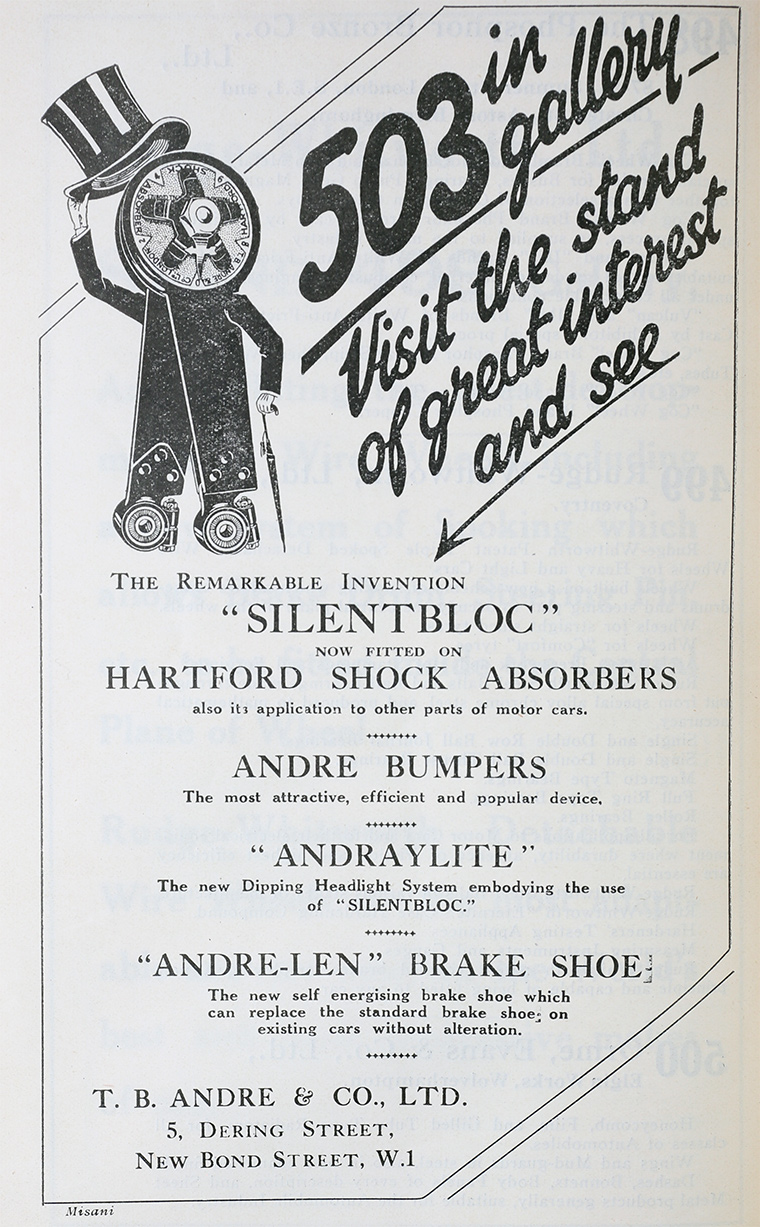 Importer of Marlborogh automobiles from France.

The André was a lightweight English two-seater sports car manufactured from 1933 to 1934 in London W11, by T. B. Andre and Co who were better known for making shock absorbers.

Only six of the automobiles, called the V6, which confusingly used a V-twin ohv JAP engine of 728cc, were ever built. Drive to the rear wheels was via a four speed gearbox. The floor pan acted also as the chassis and the suspension was by transverse leaf spring at the front and cantilevered springs at the rear. The car weighed 1170 pounds and was said to be able to achieve 65 mph with an economy of 45 miles per gallon (imperial).

André had also been involved in the manufacture of the Marlborough car between 1909 and 1926.