(Redirected from T. Allan and Sons)
Jump to: navigation, search 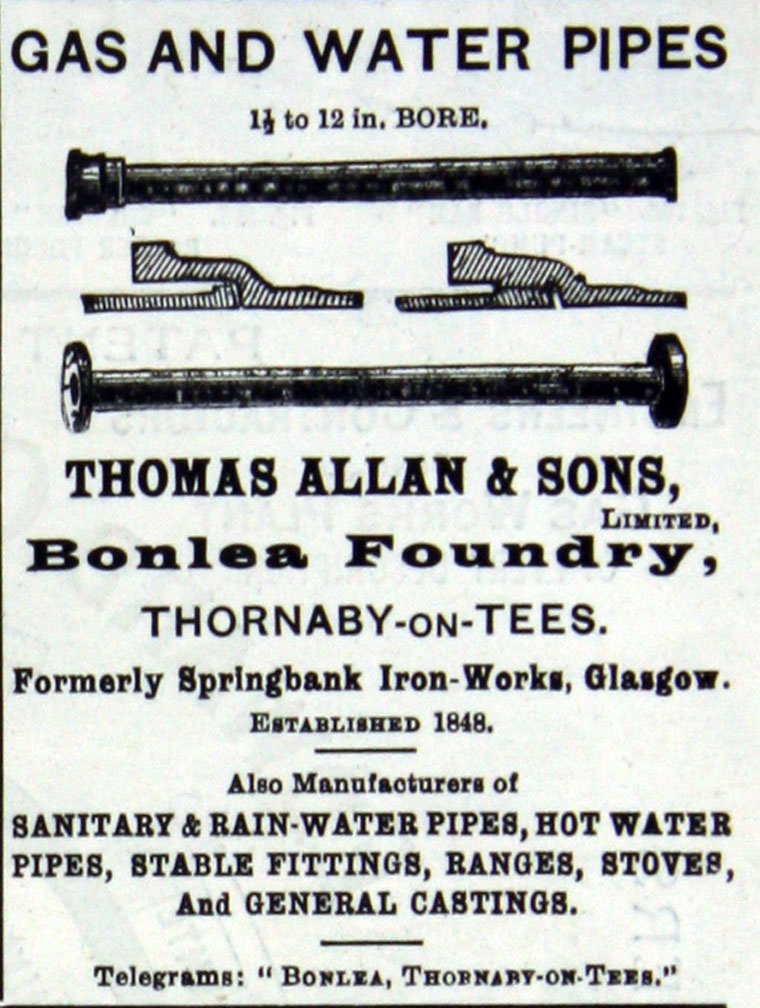 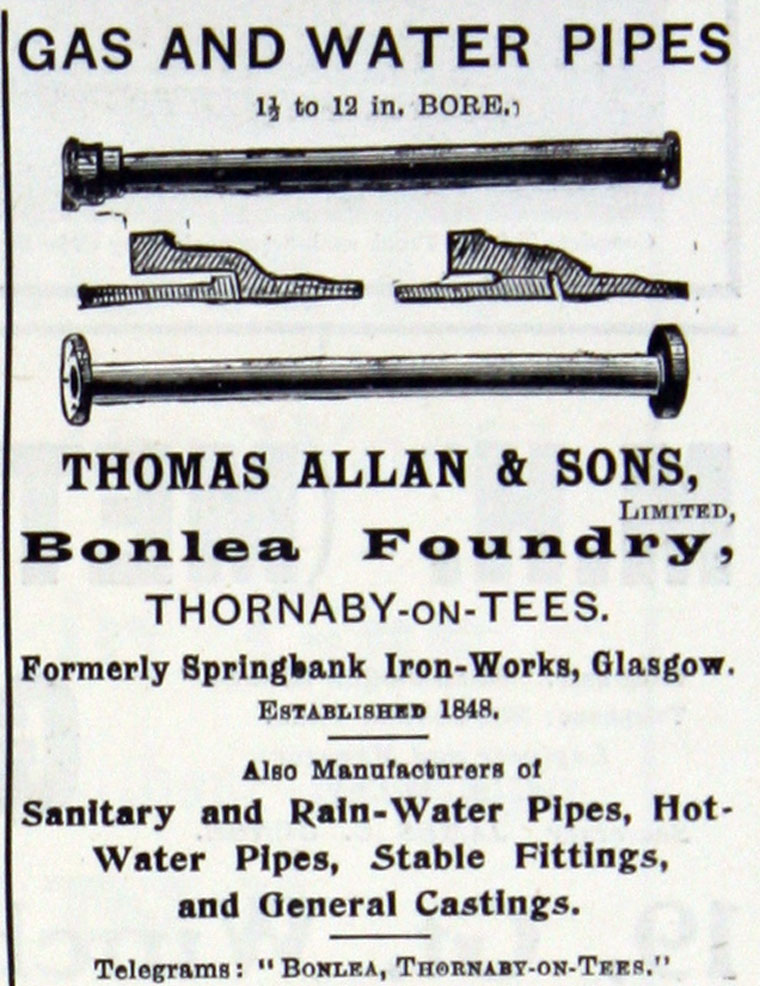 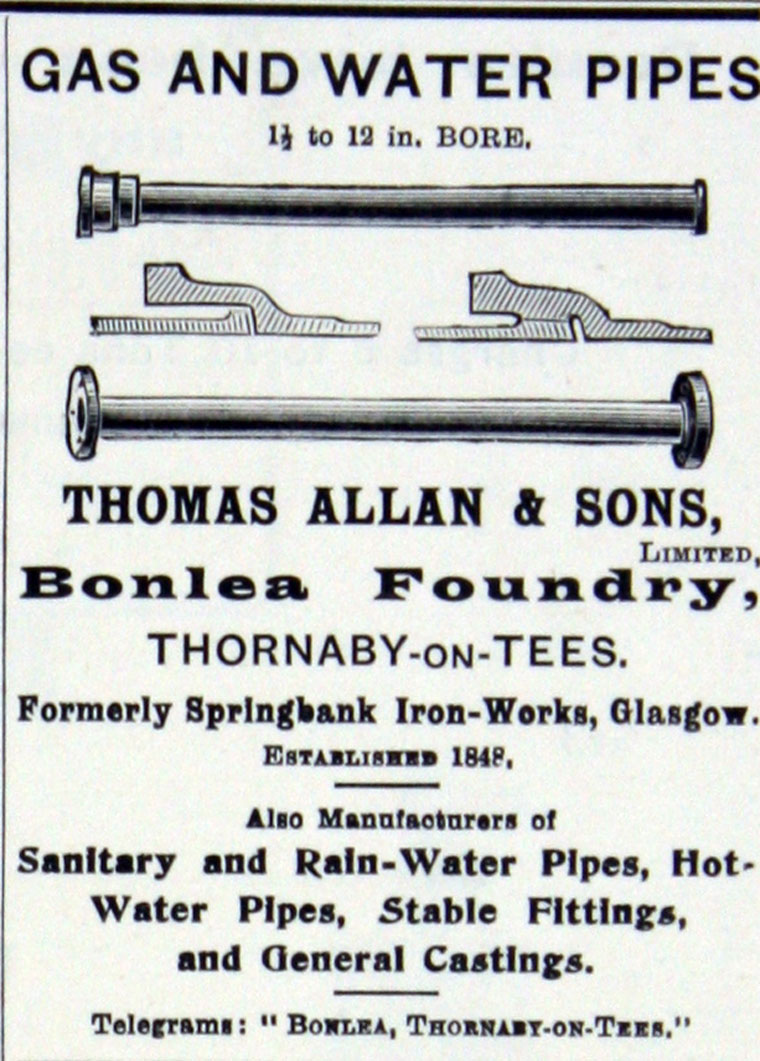 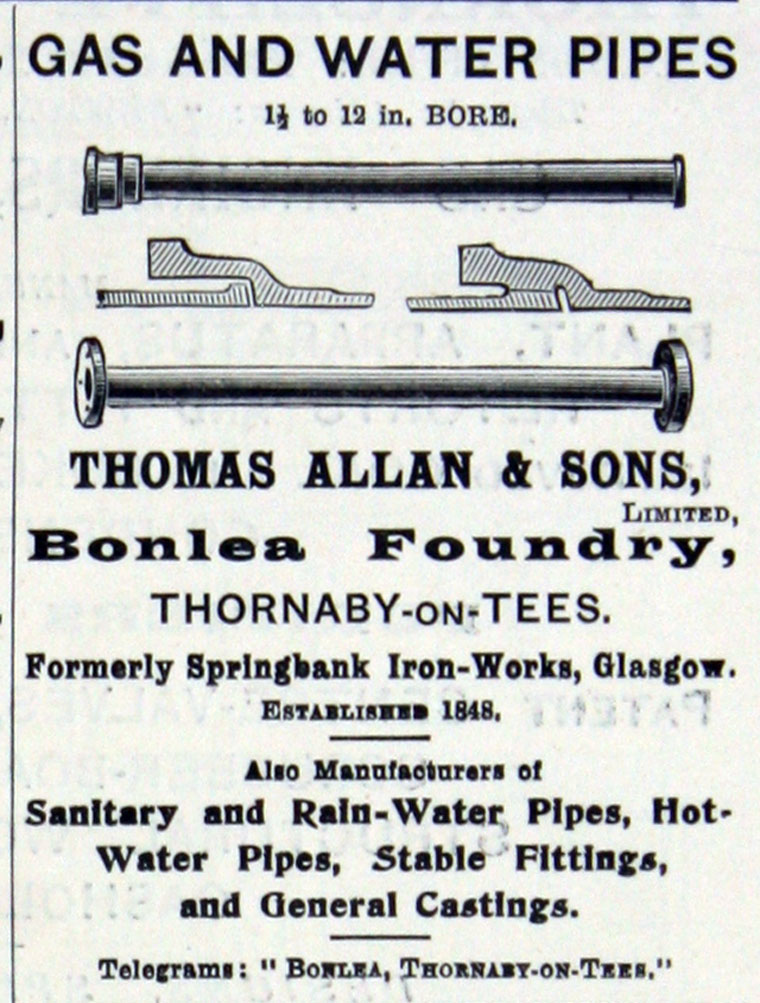 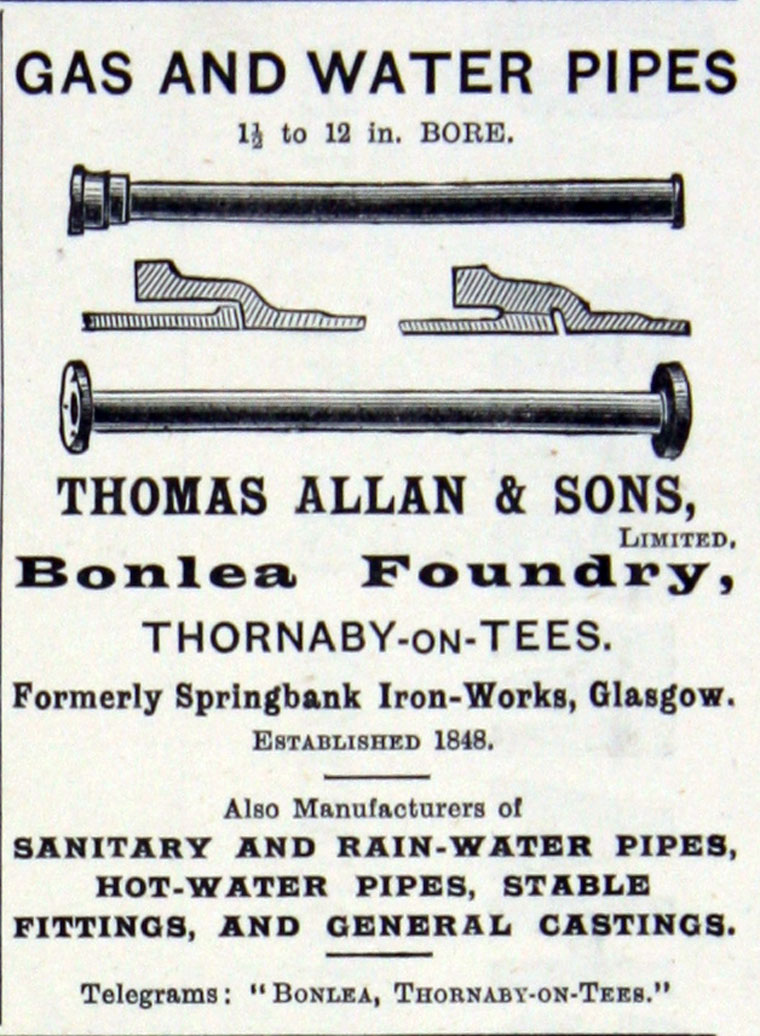 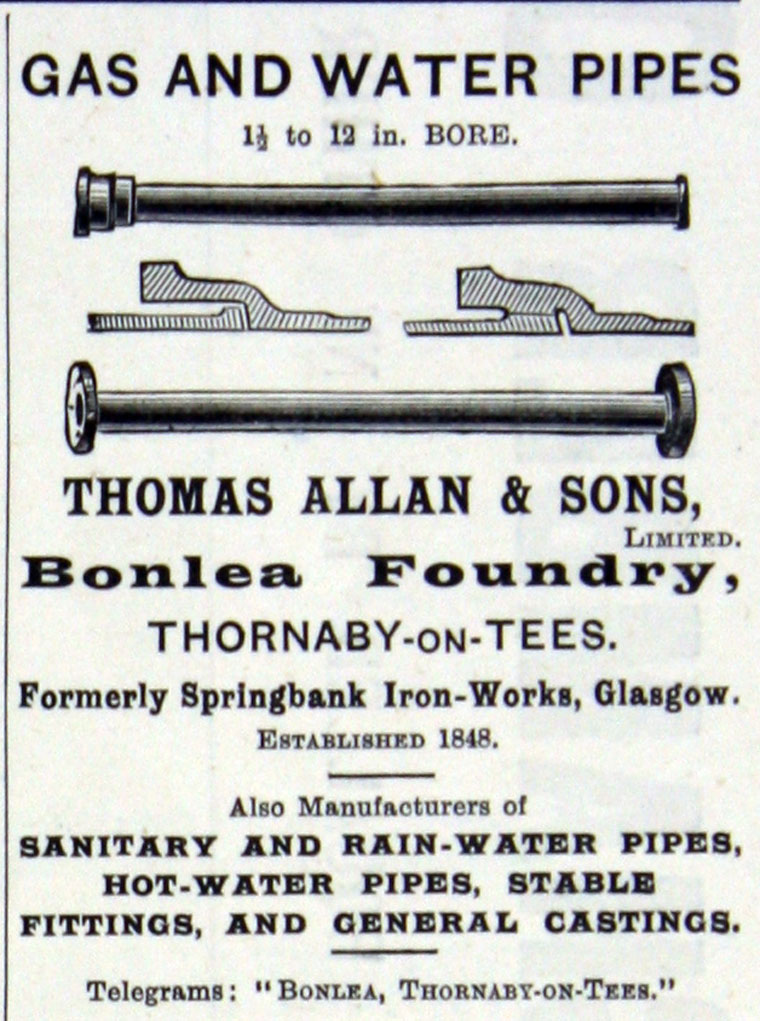 1848 Bon Lea Foundry was founded by Thomas Allan and Sons of Glasgow, as a works for making gas, water and drain pipes.

1876 At the time of the death of Thomas Allan, the firm was carrying on business at the Springbank Ironworks, Glasgow, and at Bonlea, South Stockton-on-Tees[1]

1893 Dissolution of the copartnership of Thomas Allan and Sons, Iron-founders, of 24, George-square, Glasgow, and Bonlea Foundry, South Stockton-on-Tees, by the retirement of James Stevenson M'Ewen. The business was carried on by the other partner James White, under the same firm[2]

1900 The company was registered on 30 November, to acquire the business of ironfounders of the firm of the same name. [3]

1936 Became a subsidiary of Federated Foundries but retained its name until 1964.