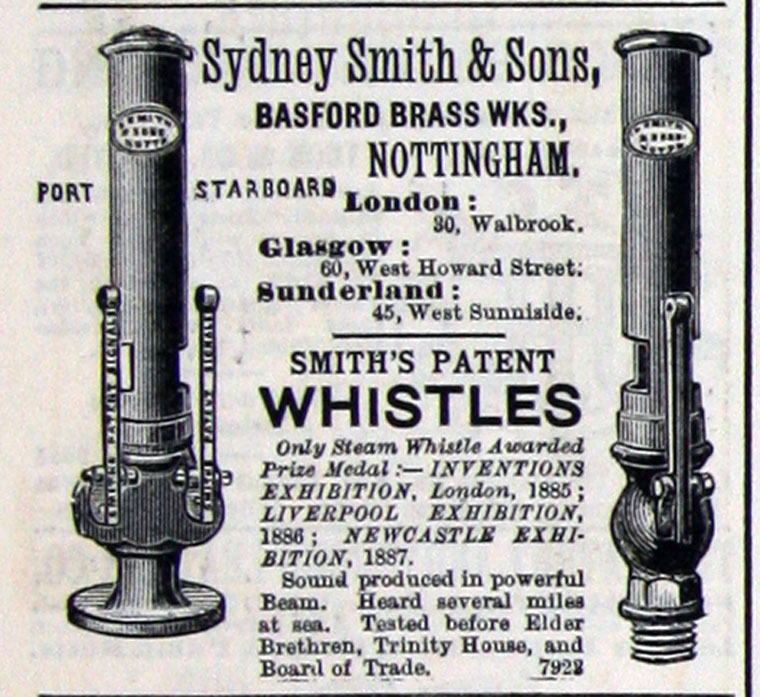 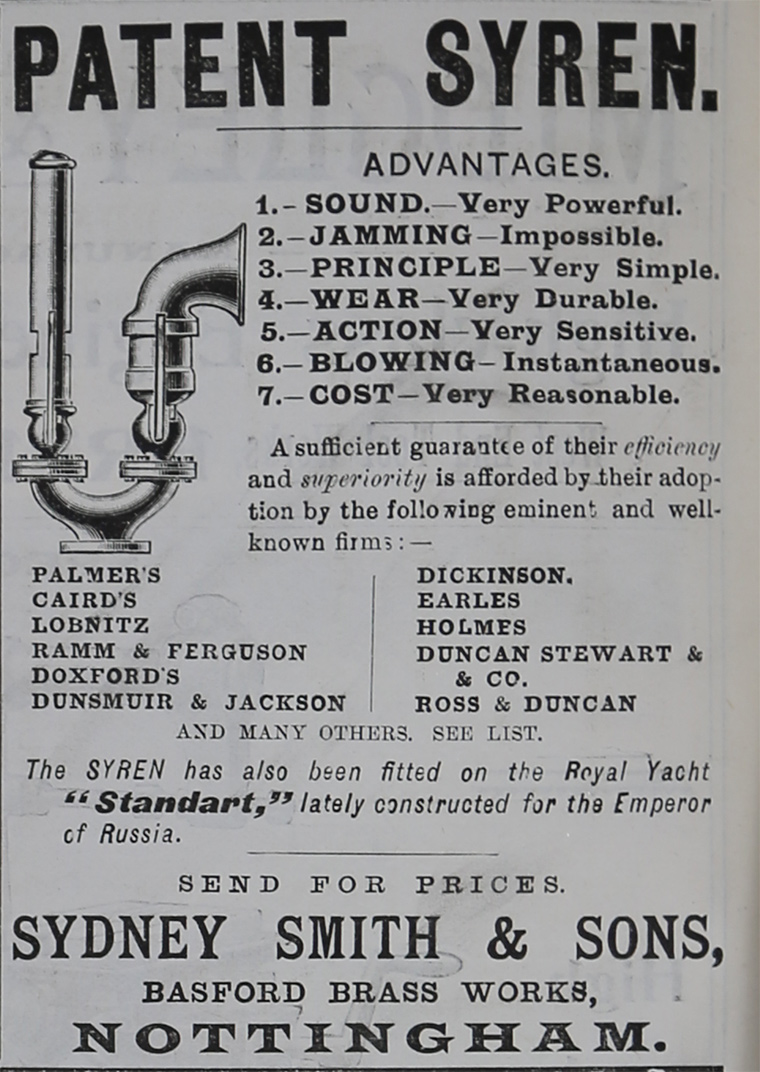 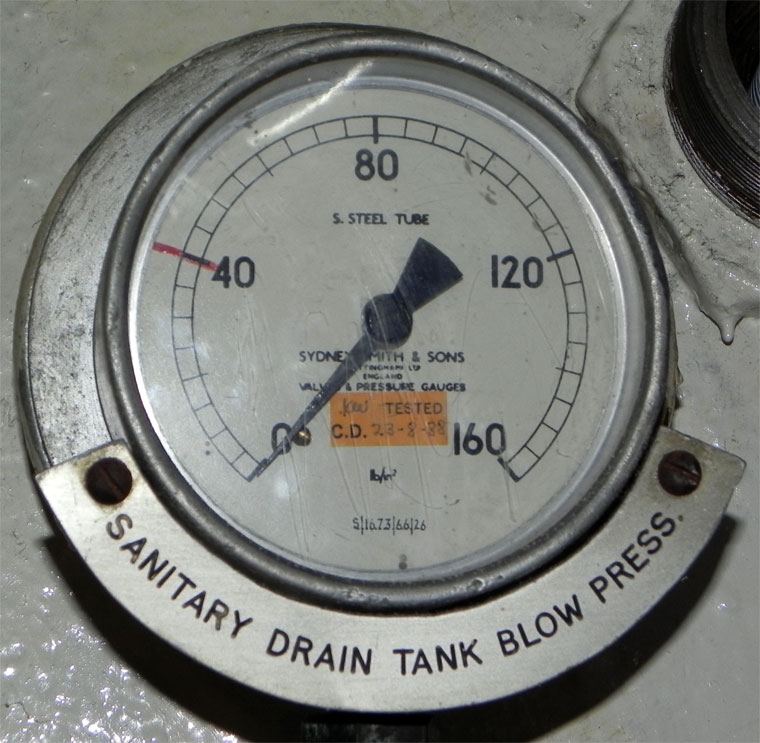 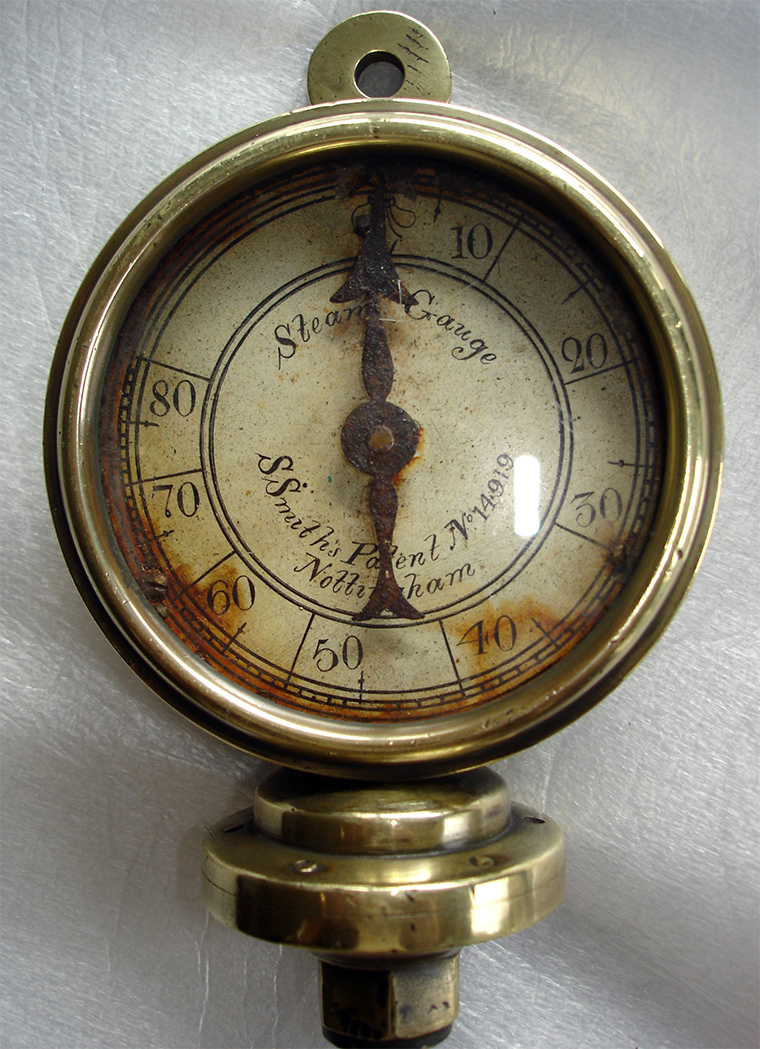 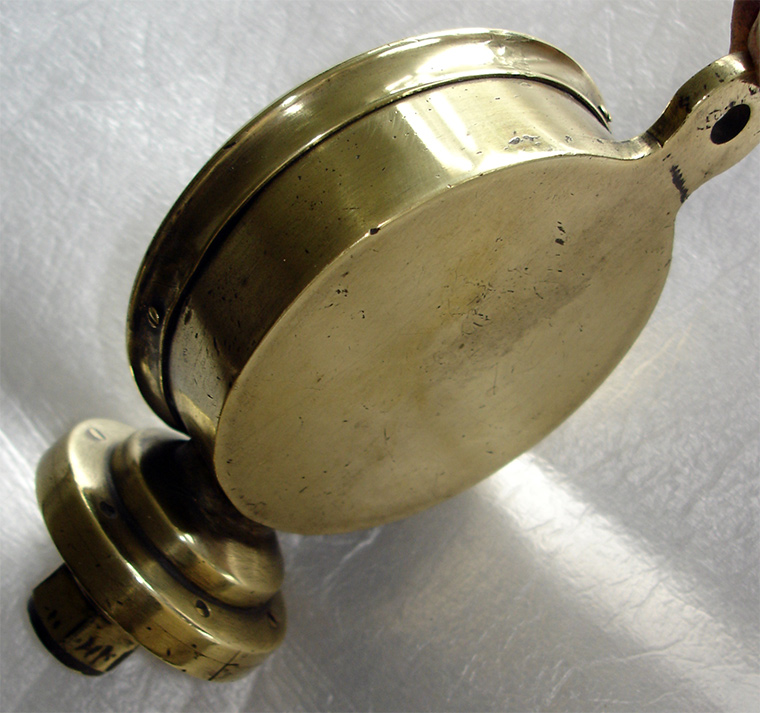 1847 Sydney Smith established his business to exploit his patent on steam gauges which had received the warmest support from George Stephenson.

The patent enabled Sydney Smith to start manufacturing the gauges and, later, valves and fittings at Forest Terrace, Hyson Green, Nottingham, which continued at this address until 1882 when Sydney died.

In the early years Sydney’s two eldest sons Joseph and Samuel greatly helped their father in testing his many inventions, and he soon employed his eldest sons in turn.

1864 Sydney retired from the business, handing it onto four of his sons, Joseph, Samuel, Isaac and William, and also to his son-in-law, John Miller.

Early 1880s: A disagreement on policy led to 3 of the brothers eventually severing their connections with the business

1882 Samuel, Isaac and William re-established themselves at the Basford Works, Egypt Road, Nottingham under the name of Sydney Smith and Sons to manufacture gauges, valves and fittings. Smith Brothers and Co moved from Forest Terrace to Bobbers Mill Road, Nottingham.

1891 of Nottingham, released a catalogue of their gun metal steam fittings. [1]

By 1898 were at Basford Works, Nottingham

1906 Private company. The Company was incorporated in 1906 and continued as Sydney Smith and Sons (Nottingham) Ltd. at Egypt Road

1950s: Moved to Lenton Lane, Nottingham, under the management of the descendants of Isaac and William Smith.

1961 Specialists in the manufacture of valves and pressure gauges; recorders; patent water level indicators and thermometers. [4]

1969 Newman Hender was taken over by the Pegler Hattersley Group