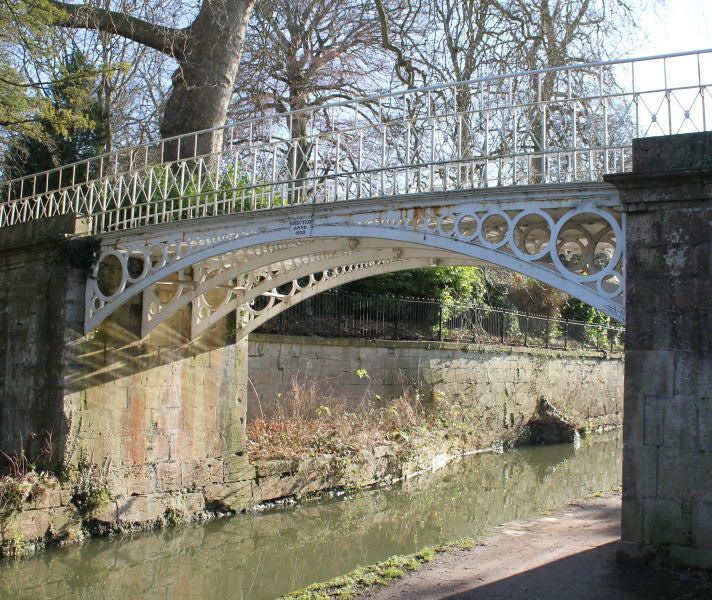 3. Footbridge - tie bar dovetailed in a boss which is an integral part of the rin casting 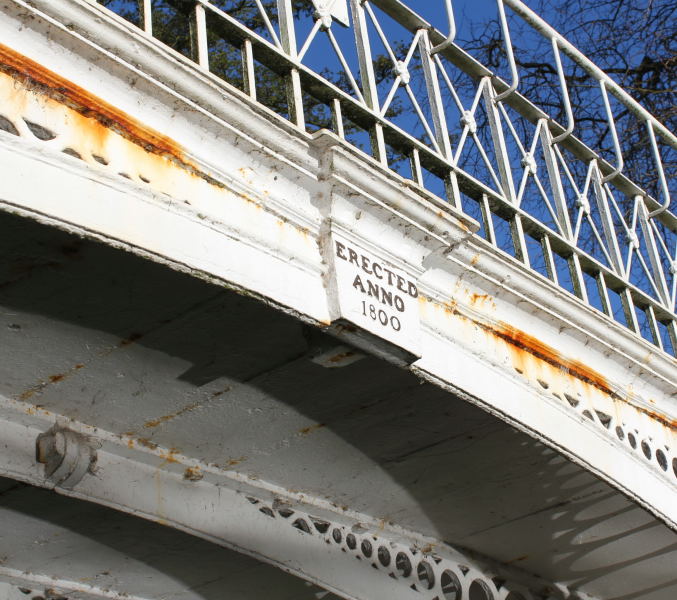 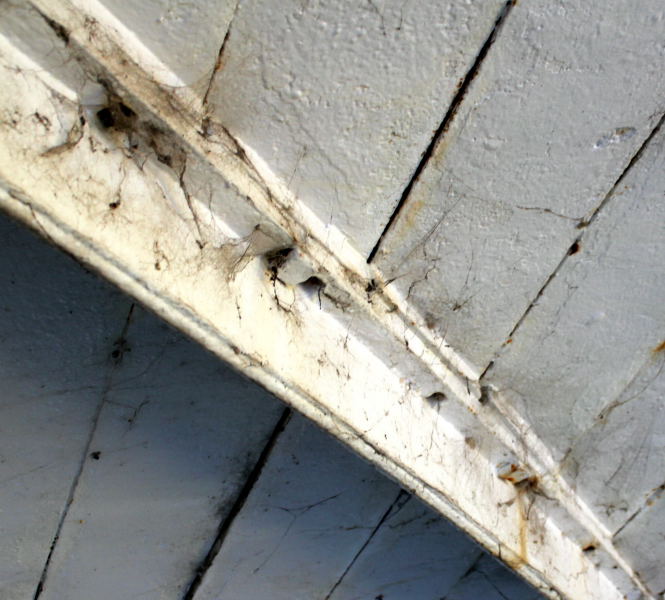 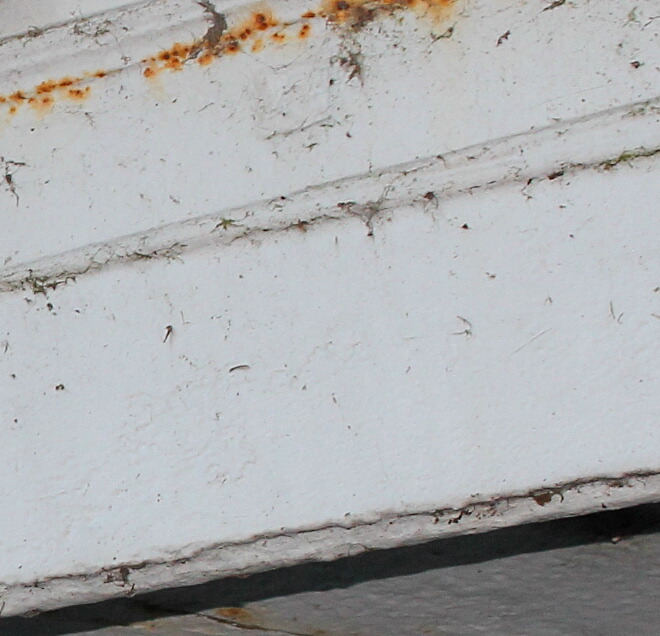 The first two iron bridges were erected by the Coalbrookdale Co in 1800, and are shown in Photos 1 - 11. One is a small footbridge, and the other, larger one, was suitable for carriages and pedestrians. The larger bridge is of great interest, because it may well be the oldest iron skew arch bridge in existence. The angle of skew is approximately 45 degrees.

On the smaller bridge (footbridge), the spandrels (spaces between the deck and arch) feature circular rings, diminishing in diameter until a wavy pattern takes over. On the skew bridge the spandrels are unpierced.

On the skew bridge the cast iron deck plates are bolted to the lower part of the arch, and the space above is filled with material to give a relatively level road surface. On the footbridge the deck plates are bolted to the top of the arch castings, giving a fairly level path with no need for infill. Also on the footbridge, the bottom of the arches is tied together by horizontal wrought iron bars (Photos 3 & 4). The ends of the bars are dovetailed into the outer castings - see Photo 3. The 1797 Coalbrookdale-built Cound Arbour Bridge combines elements of both designs - having a combination of open and filled spandrels.

Photo 7 shows the T-section intermediate arch ribs, supporting the cast iron deck plates. Analogous to planks or staves of a barrel, they are almost certainly flanged on all edges, and bolted together from above, and acting together to provide a strong arch. They evidently span the full width of the bridge, except near the crown of the arch, where there are two lengths (see Photo 8).

Geometry dictates that the underside of the deck plates can only contact one edge of the skewed arched ribs. Consequently the gap has been filled with packing on one side (Photo 9) and no packing on the other side (Photo 10). The deck plates are bolted to the ribs, but many bolts are missing.

Photo 11 serves merely to show an example of a square-headed countersunk bolt (centre of photo, near top), which is discussed elsewhere in the context of Cound Arbour Bridge.

There are two more iron footbridges a short distance downstream of the canal in Sydney Gardens. These were made post-1815 by Stothert's Foundry.