Viewed from Sutton Weaver Swing Bridge towards the M56, January 2017 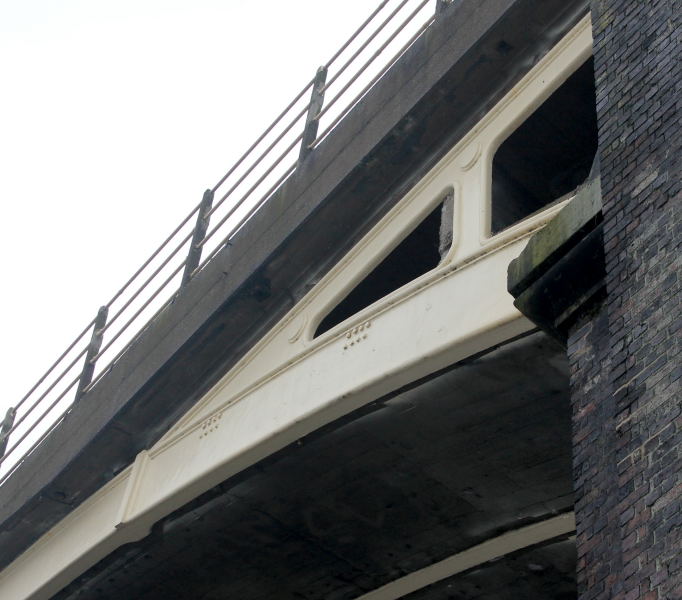 Carries the Chester-Warrington railway over the Weaver Navigation.

Built 1848-50 for the Birkenhead, Lancashire and Cheshire Junction Railway. The Engineer was James Meadows Rendel, and Thomas Brassey was the Contractor.[1]

The 92 ft span cast iron arch bridge is flanked by arched brick abutments. The cast iron arches have been strengthened by concrete, the form corresponding roughly to the outline of the iron ribs, and topped by a concrete deck.

Similar cast iron arches are used on the Frodsham Viaduct, a few miles to the west. These are of the same span (92 ft).