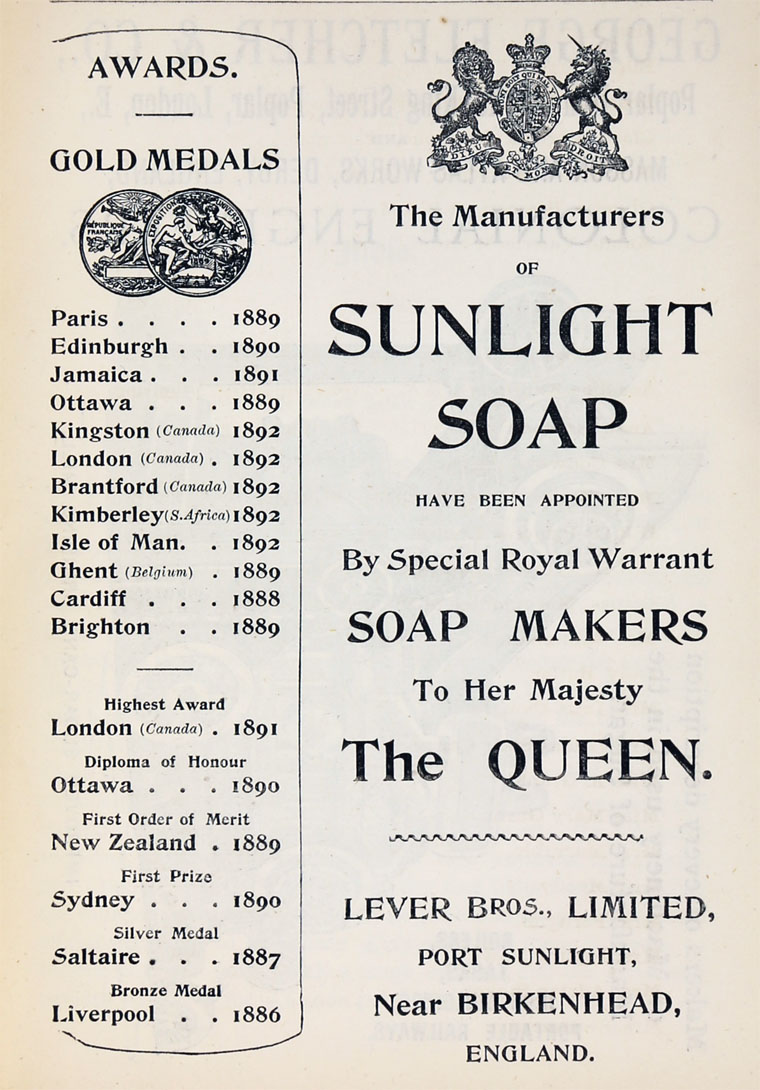 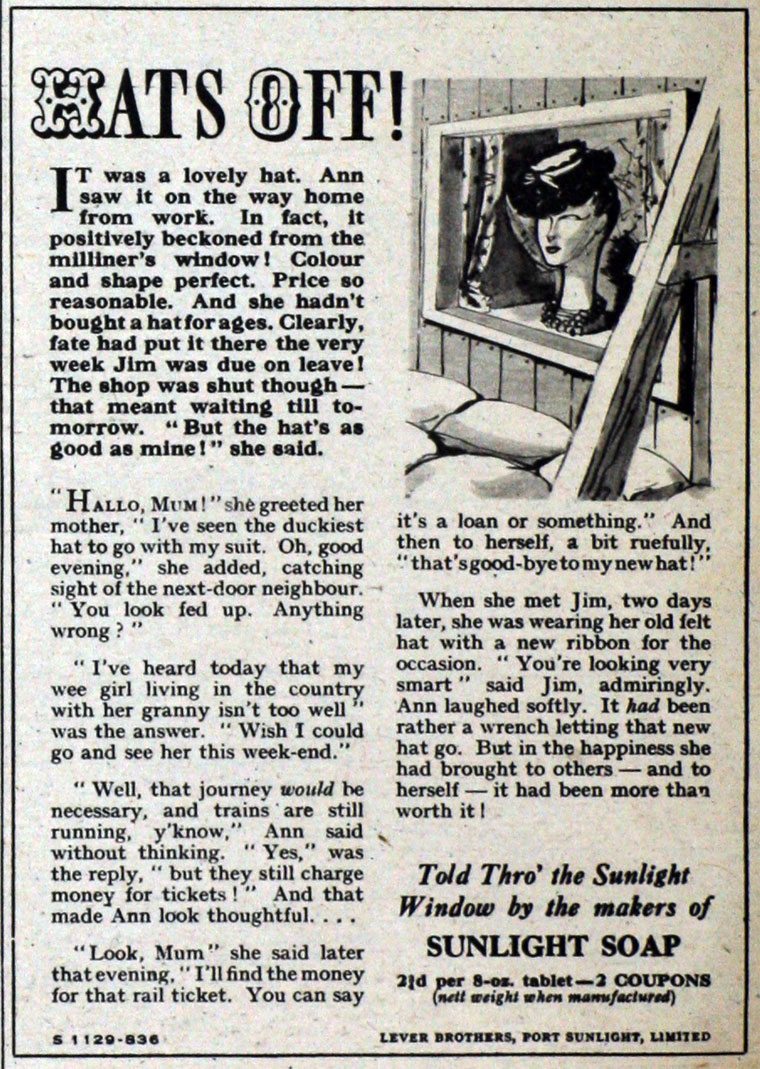 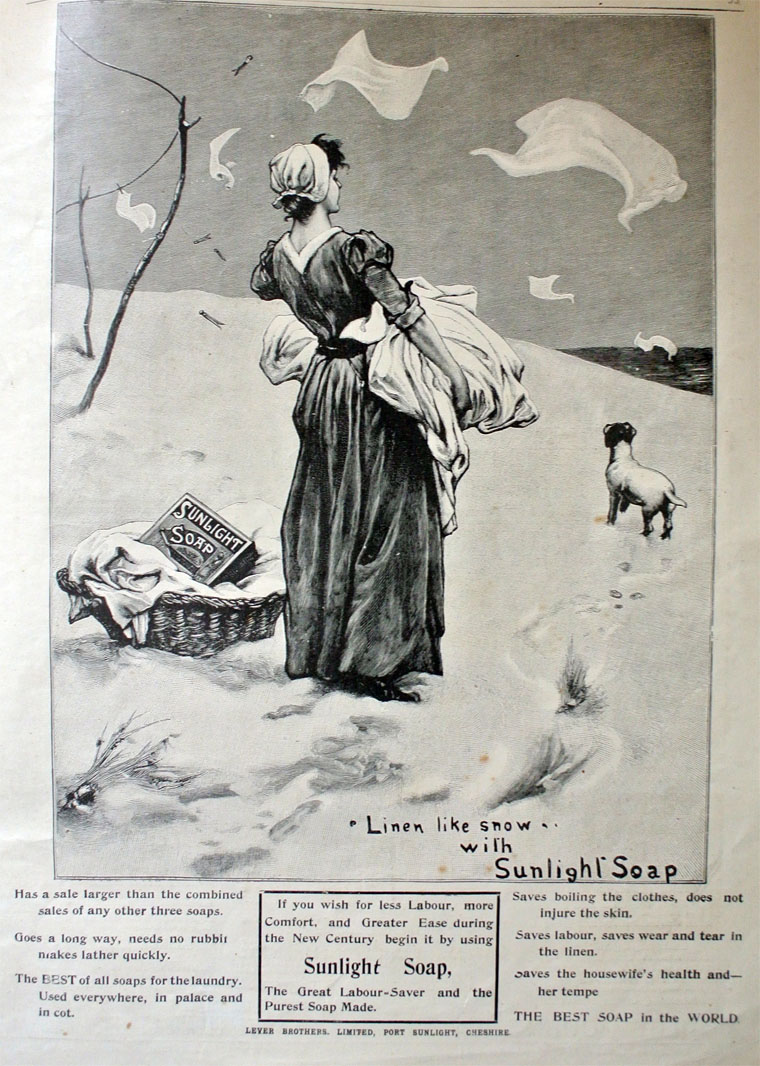 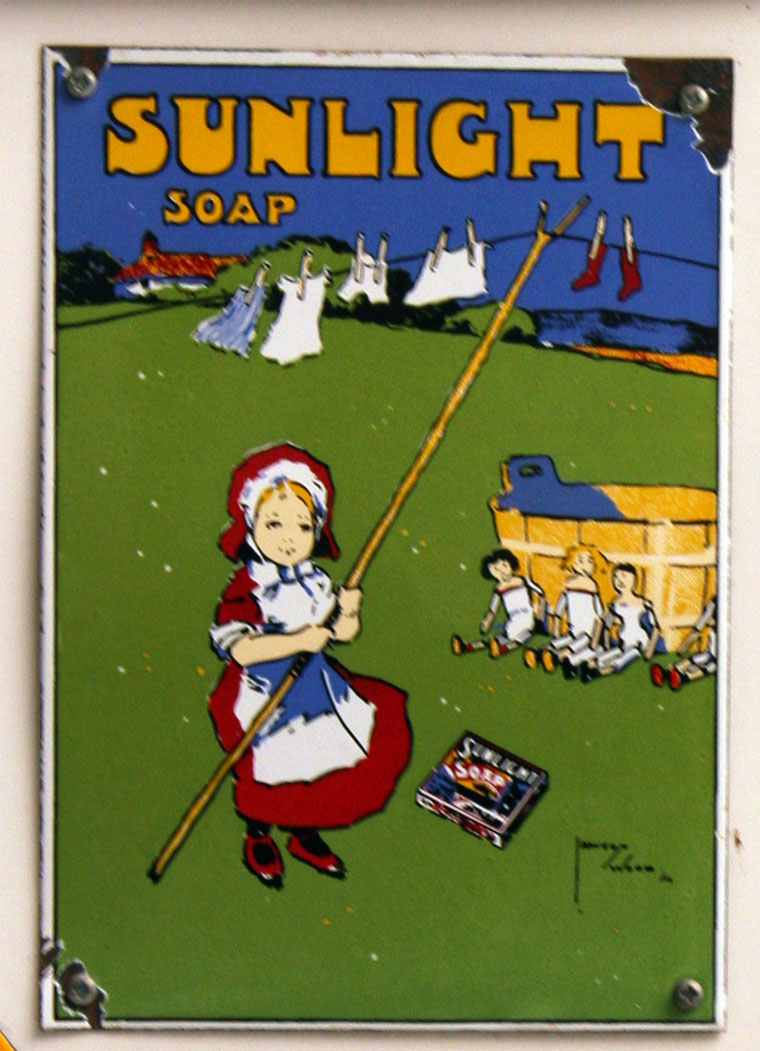 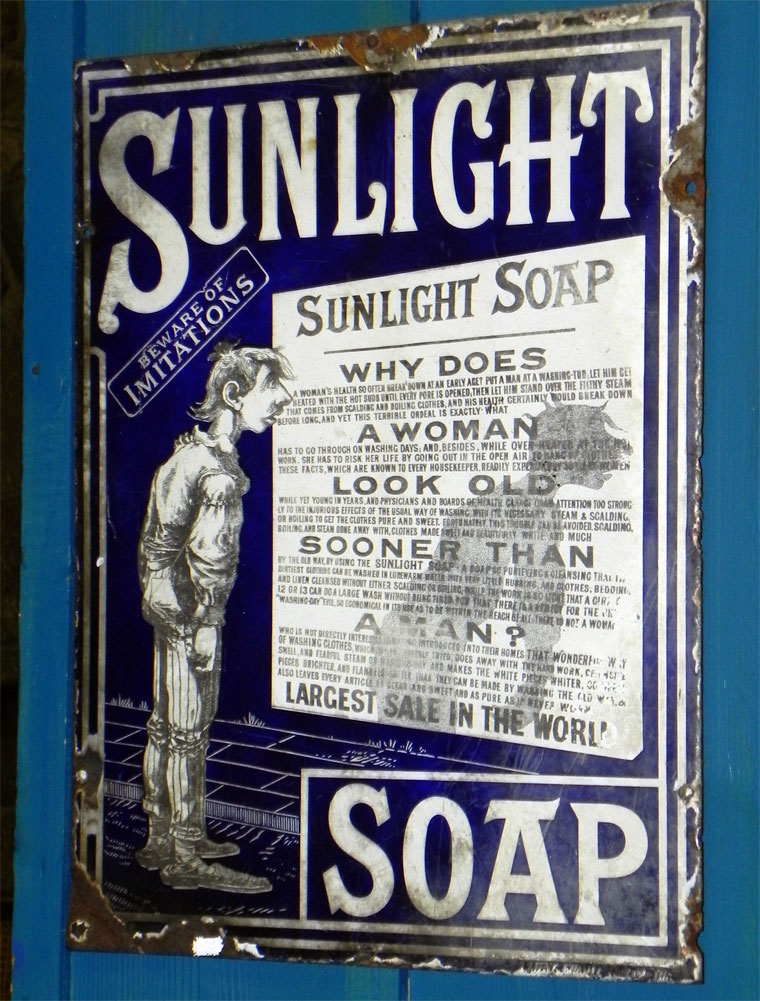 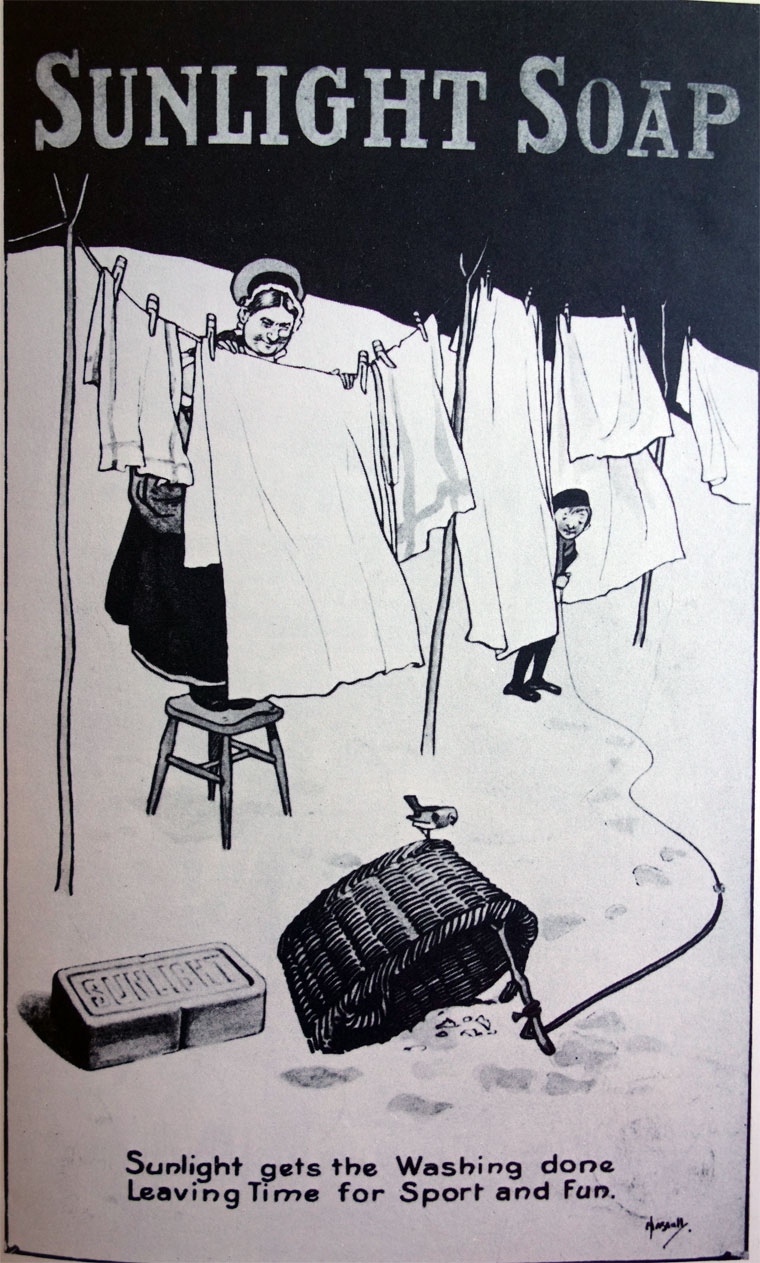 1884 Sunlight is a brand of household soap originally produced by the British company Lever Brothers. Designed for washing clothes and general household use, the success of the product led to the name for the company's village for its workers, Port Sunlight. William Lever's initial success came from offering bars of cut, wrapped, and branded soap in his father's grocery shop. Prior to this, commercially-made soap was bought in long bars, an early labour saving device for the housewife.

It was one of the earliest internationally-marketed branded products, and one of the first examples of a cleaning product being produced as a consumer commodity; prior to Sunlight, clothing was generally washed using home-made soap.

Sunlight was eventually supplanted by the more modern products made from synthetically produced detergents rather than naturally-derived soaps.

1930 In some markets Sunlight was taken over by Lilleborg.

In several markets (e.g. Belgium and the Netherlands) Sunlight soap has survived up till today as a personal wash product rather than a laundry detergent. In Canada, it remains a leading brand of dish soap.

2003 Exclusive licensing rights to the Sunlight brand of dish-washing detergents in Canada, Puerto Rico and the USA were sold (along with some other Unilever brands) to Lehman Brothers bankers, who set up Phoenix Brands for the purpose. The Sunlight brand is used by Johnson Diversey in Canada and the USA.

2004 In Sri Lanka, Sunlight is the most popular Laundry soap and has won the award of The Brand of the Year.