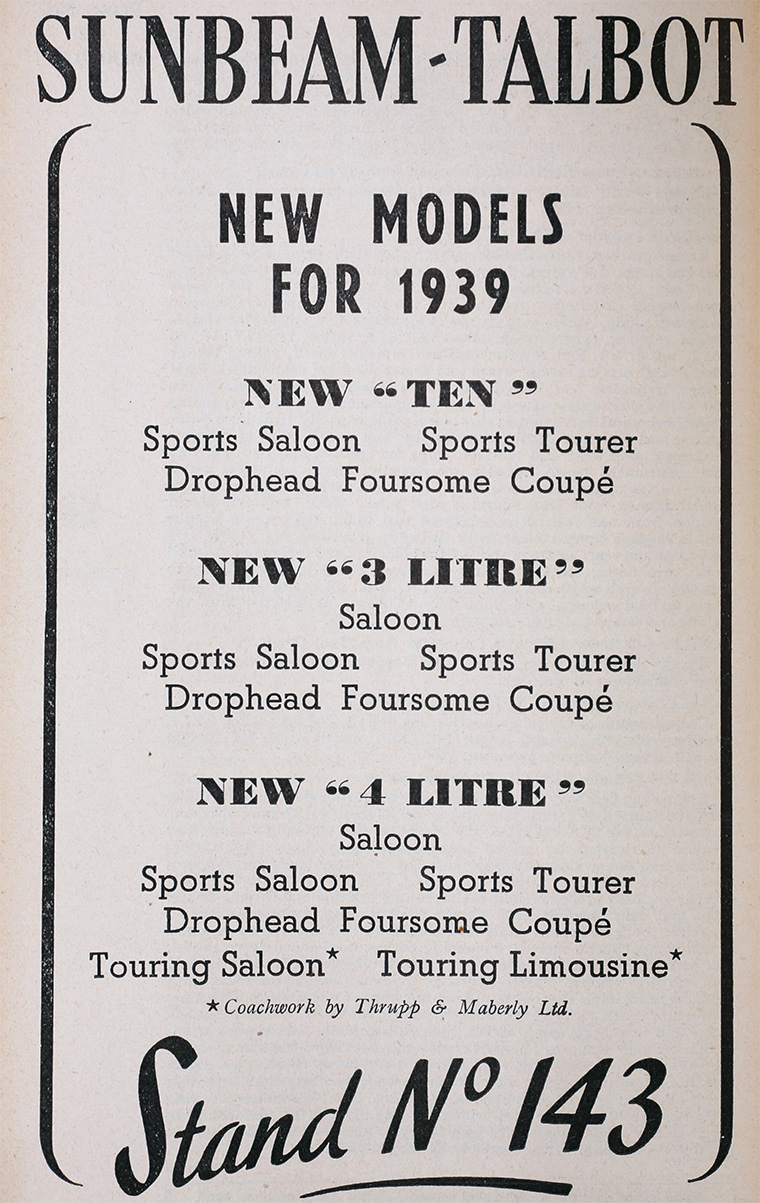 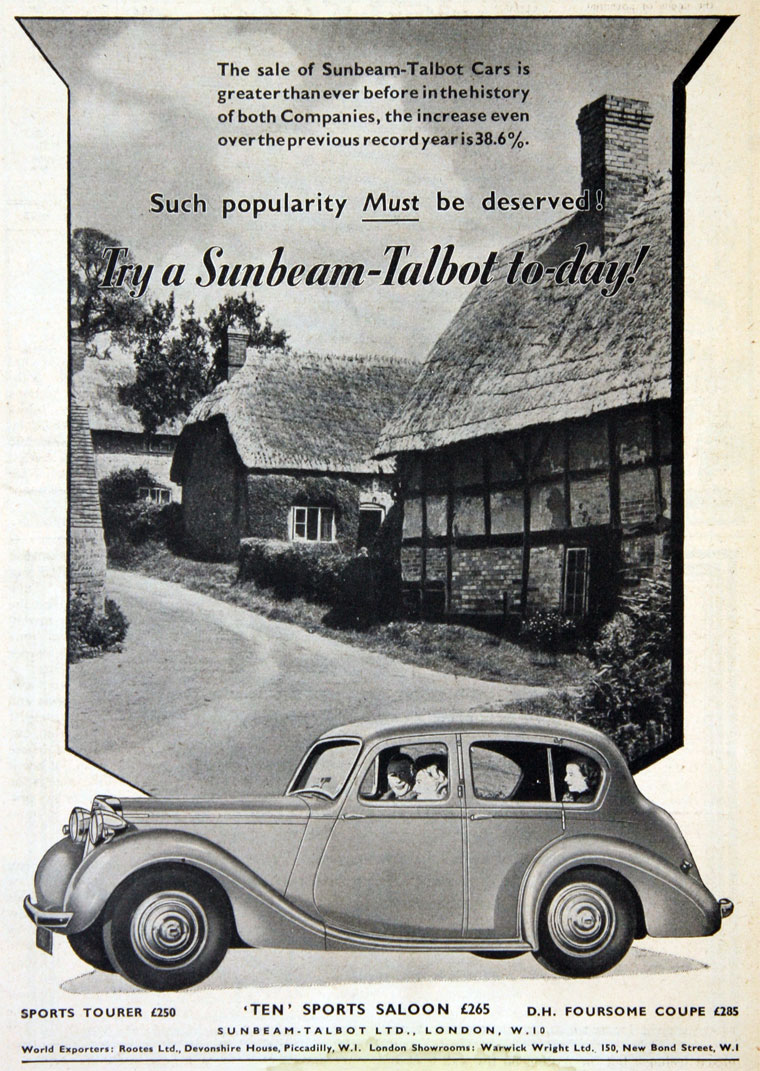 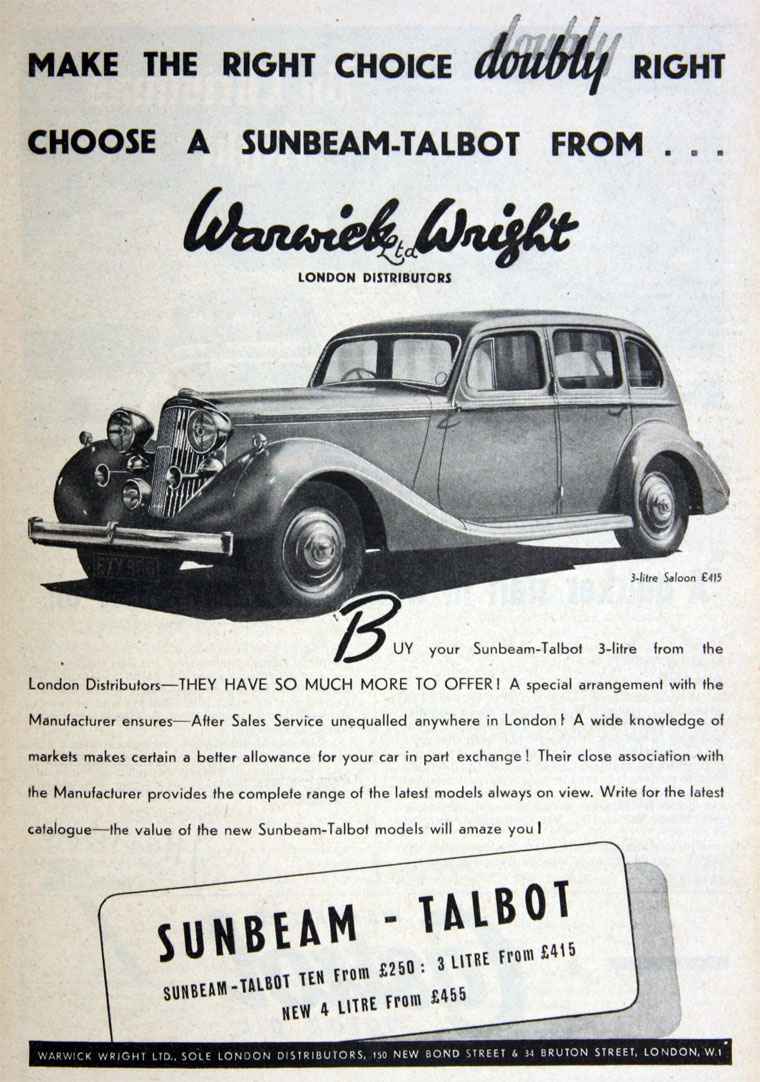 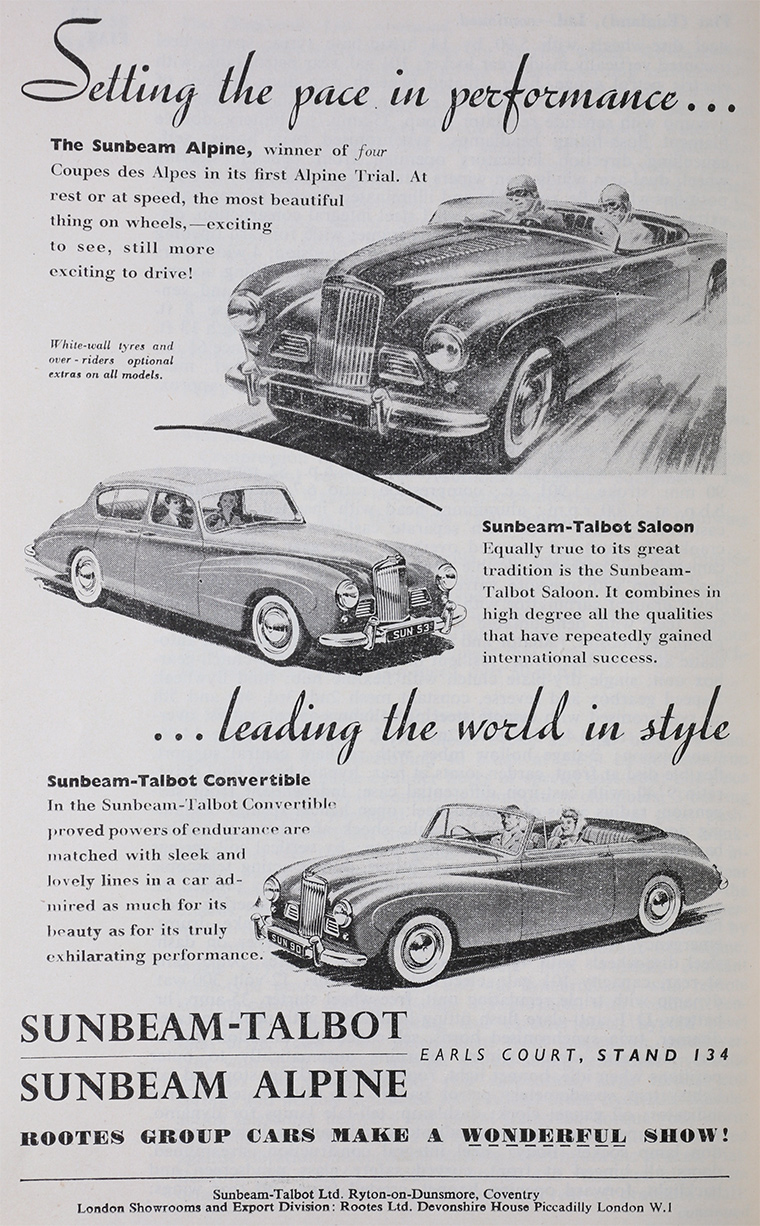 1938 In Britain, the Sunbeam and Talbot marques were combined to form Sunbeam-Talbot.

1955 the Talbot name was dropped. The Sunbeam name continued under the Rootes management (Rapier, Alpine and Tiger) until 1967 when control was taken by Chrysler.