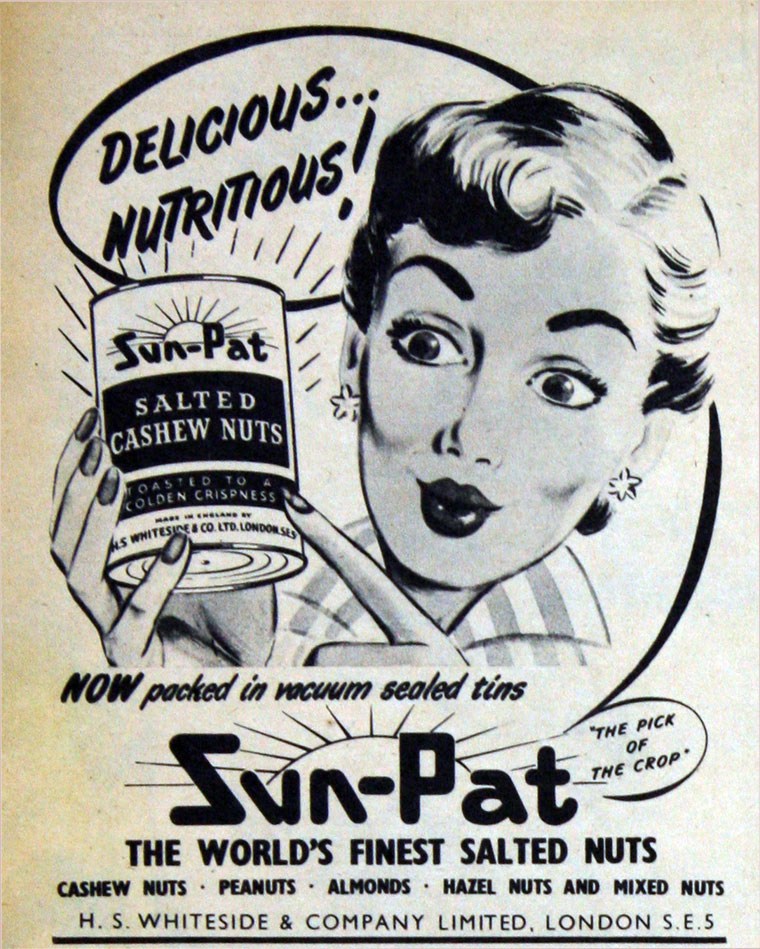 1890 Peanut butter was first invented by a St. Louis physician.

By 1947 when H. S. Whiteside and Co was incorporated as a public company, its most well known trade mark was Sun-Pat

1960s Sun-Pat was produced as a by-product of a nut-packing operation in Hadfield, Derbyshire.

In the early 1990s a range of cheese spreads were also produced under the Sun-Pat brand but were later discontinued.

2002 The brand was acquired by Premier Foods when it acquired Nestlé's ambient food business.

2004 The nut-packing factory in Hadfield was closed and production has now moved to Histon in Cambridgeshire.