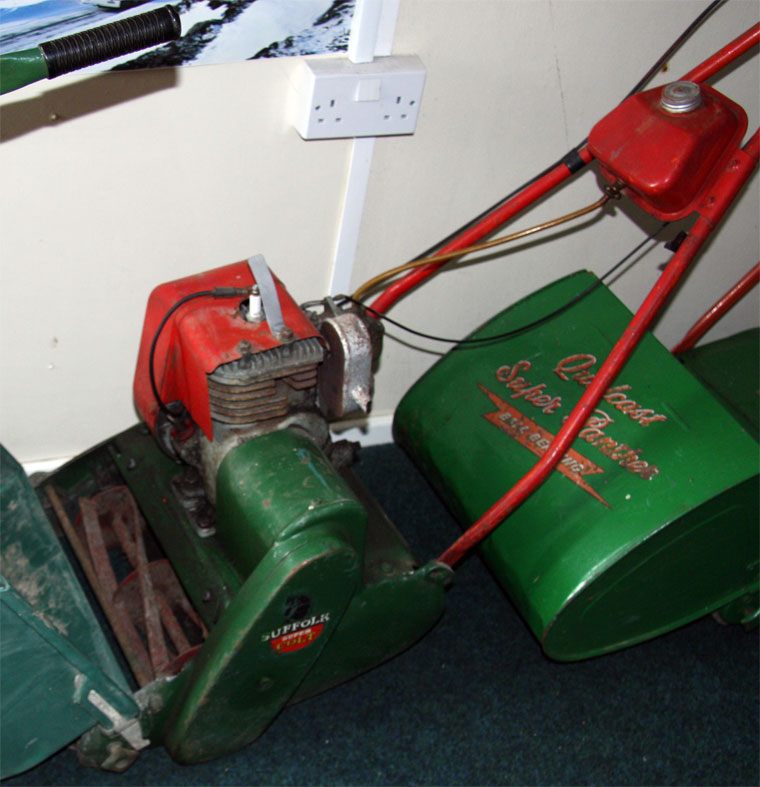 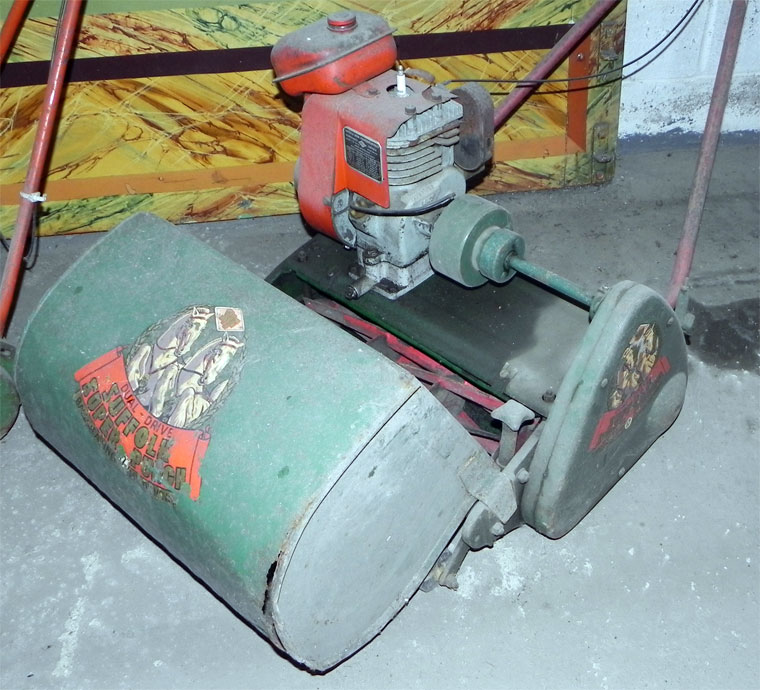 NB This is a sub=section of Suffolk Iron Foundry (1920)

1954 Introduced by Suffolk Iron Foundry. The major components were made from pressed steel and light weight alloys when most competing products were still being built using materials such as cast iron and heavy gauge sheet steel. The Punch was one of the first popular mowers to be fitted with a compact but powerful four stroke petrol engine. This was manufactured by the company to its own design.

The Punch was named after the well known breed of 'Shire' horse; the company continued the equestrian theme with models introduced later in the 1950s and 1960s with names such as the Colt and Pony. It was a very popular machine and many thousands were sold in the UK and overseas.

The Suffolk Punch name was recently revived by Atco Qualcast for the company's range of mid-market cylinder mowers.