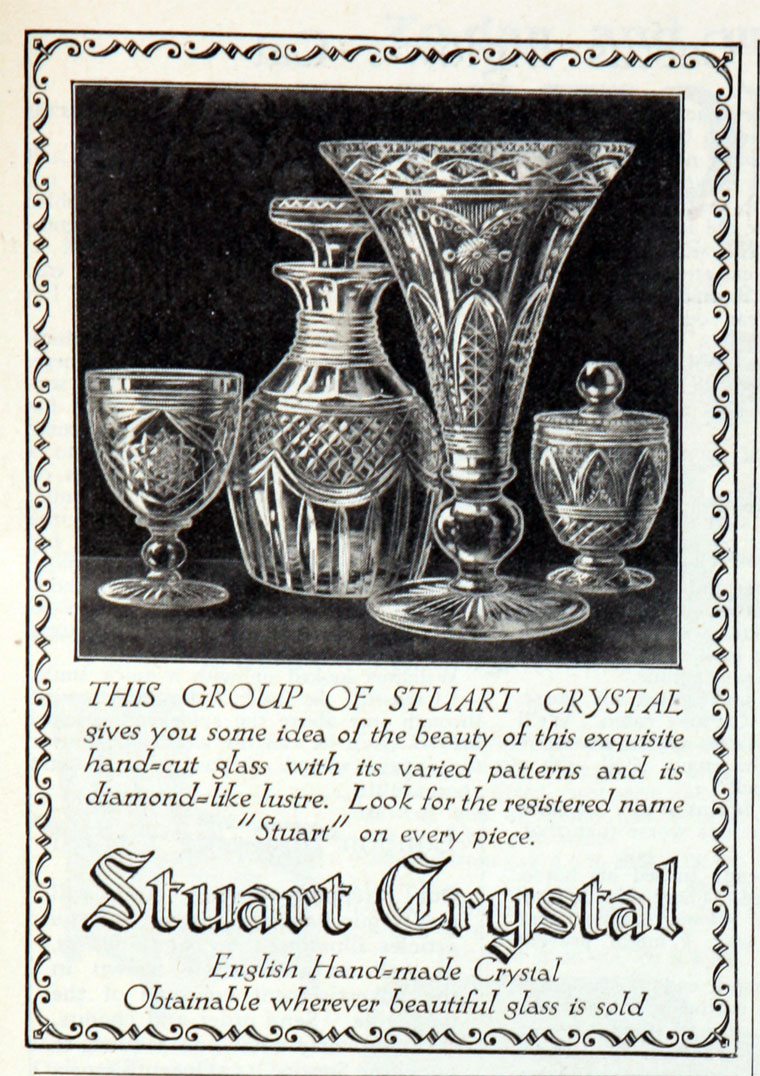 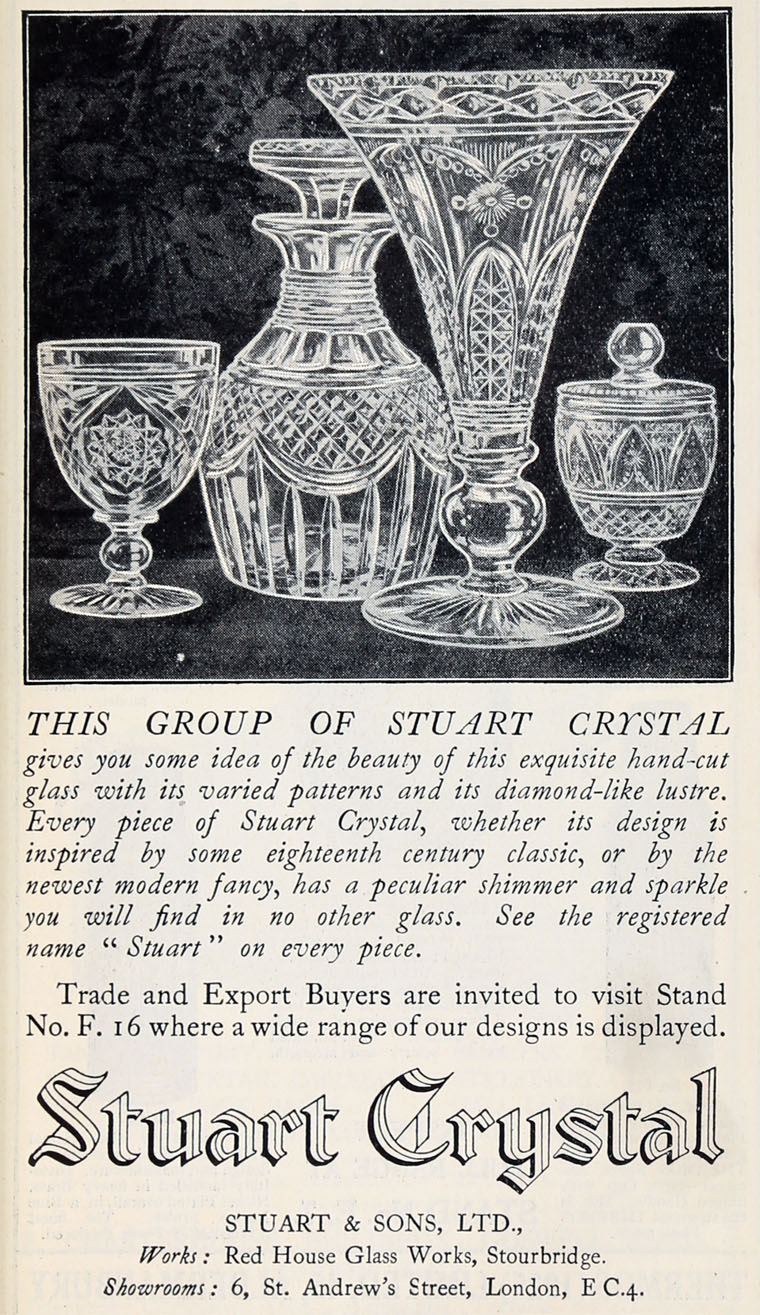 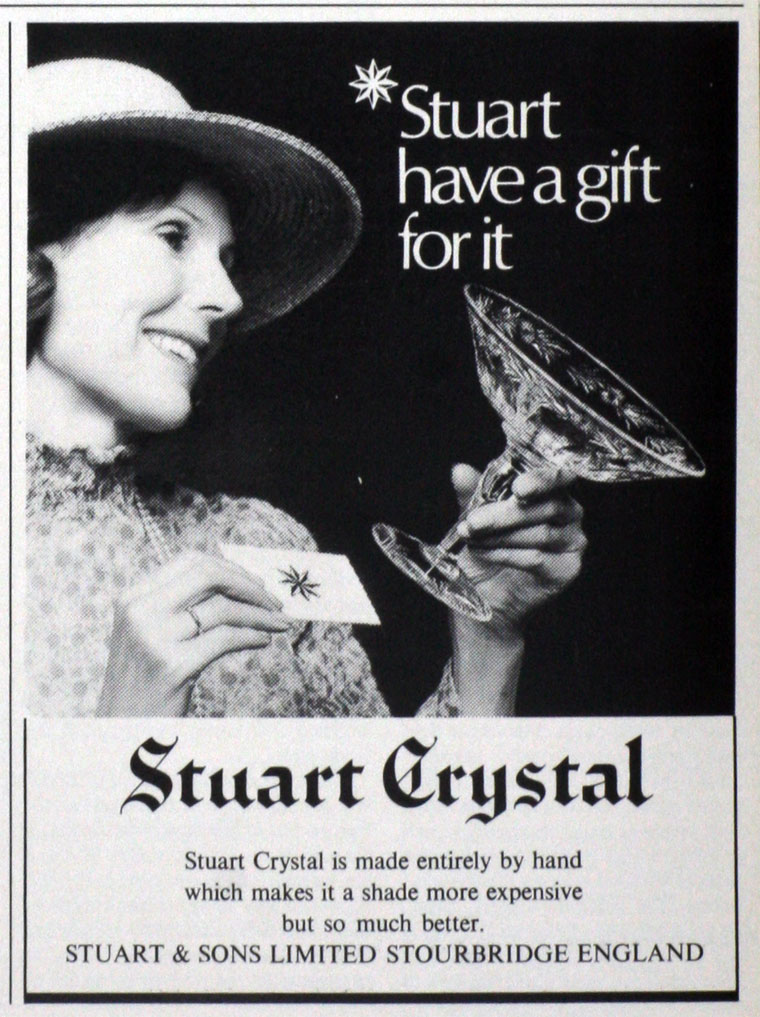 1827 The Stuart story started when eleven year old Frederick Stuart was sent to work at the Red House Glass Works working for Richard Bradley Ensell. This glass works was on the 'crystal mile', an area just outside Stourbridge, where generations of local craftsmen had already made this the centre of English glassmaking.

1868 Changes in partners brought a change in name to Stuart and Mills.

Over the years the skills and techniques of hand-gathered glass-making remained virtually unchanged, a tradition to which successive Stuarts added unique creativity and innovation - from the pioneering of early Victorian coloured glass, to the application of continuous-melt technology.

1881 Frederick Stuart took over the lease on Red House Glassworks and announced his intentions to quit the partnership when it expired on August 25, 1882.

1911 Stuart and Sons was incorporated as a limited company.

1920 Purchased Red House Glassworks from the heirs of William Webb and Edward Webb.

1936 End of production at Red House Glassworks. Stuart and Sons transferred all work to a new factory built at the old White House Glass Works.

WWII Made aircraft landing lights, CRTs, electronic vacuum tubes for radar and other specialized glass for electronic and chemical equipment.

1966 Opened a new factory at Aberbargoed in South Wales

The original 18th century cone where Frederick Stuart worked has been preserved, a 110 foot local landmark next to the site where traditional crystal was made by the fifth generation of his family until recently when the factory was closed in 2001 after the takeover of the Waterford Wedgwood group.

It is now a museum where one can wander through the cone and see how crystal was made by way of videos and demonstrations.