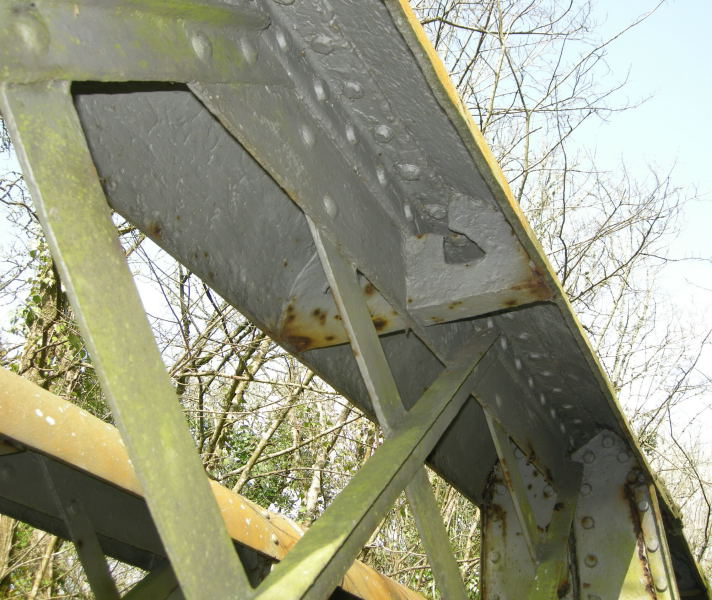 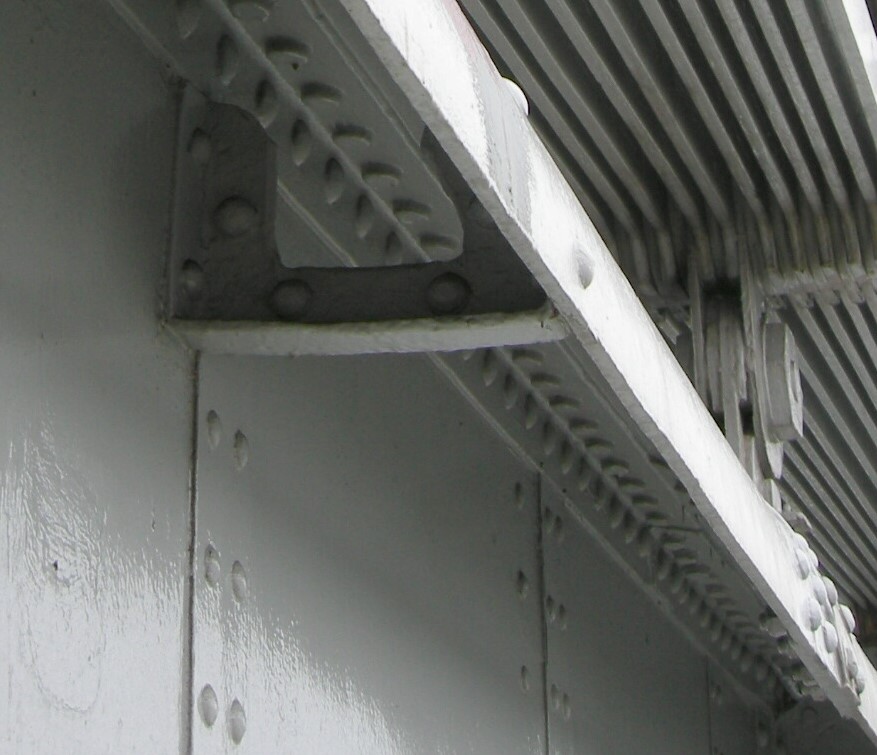 Detail of Royal Albert Bridge, showing similarity of attachment of flange to web using riveted 'acute angle' iron, and brackets riveted to curved underside of flange. Not visible here are the vertical tapered web stiffeners riveted to the webs and top and bottom flanges on both bridges

Thomas Daniel of Stoodleigh Court had an iron road bridge constructed across the River Exe in Devon. The bridge was replaced in the 1990s, and the girders were saved in recognition of their possible historical significance. The girders are 88.9 ft (27.1 m) long, for a span of 78.7 ft (24 m).

No information has so far been found about the manufacturer of the iron bridge, or even the precise date of construction. We do know that the bridge had been built by 1863, as there was a reference to 'Mr. Daniel's New Bridge, Stoodleigh' in a report of an otter hunt![1]

A distinctive feature of the design is the adoption of wrought iron plates formed to give a semi-circular section for the top (compression) flanges. This design was introduced and widely used by I. K. Brunel, and indeed detailed aspects of the construction reflect works by Brunel, for example on the Royal Albert Bridge (see photos). However there is nothing to suggest any involvement of Brunel himself, and indeed there is no reason to suppose that the bridge was made in Brunel's lifetime. Very few other examples of this type of construction have survived.[2]