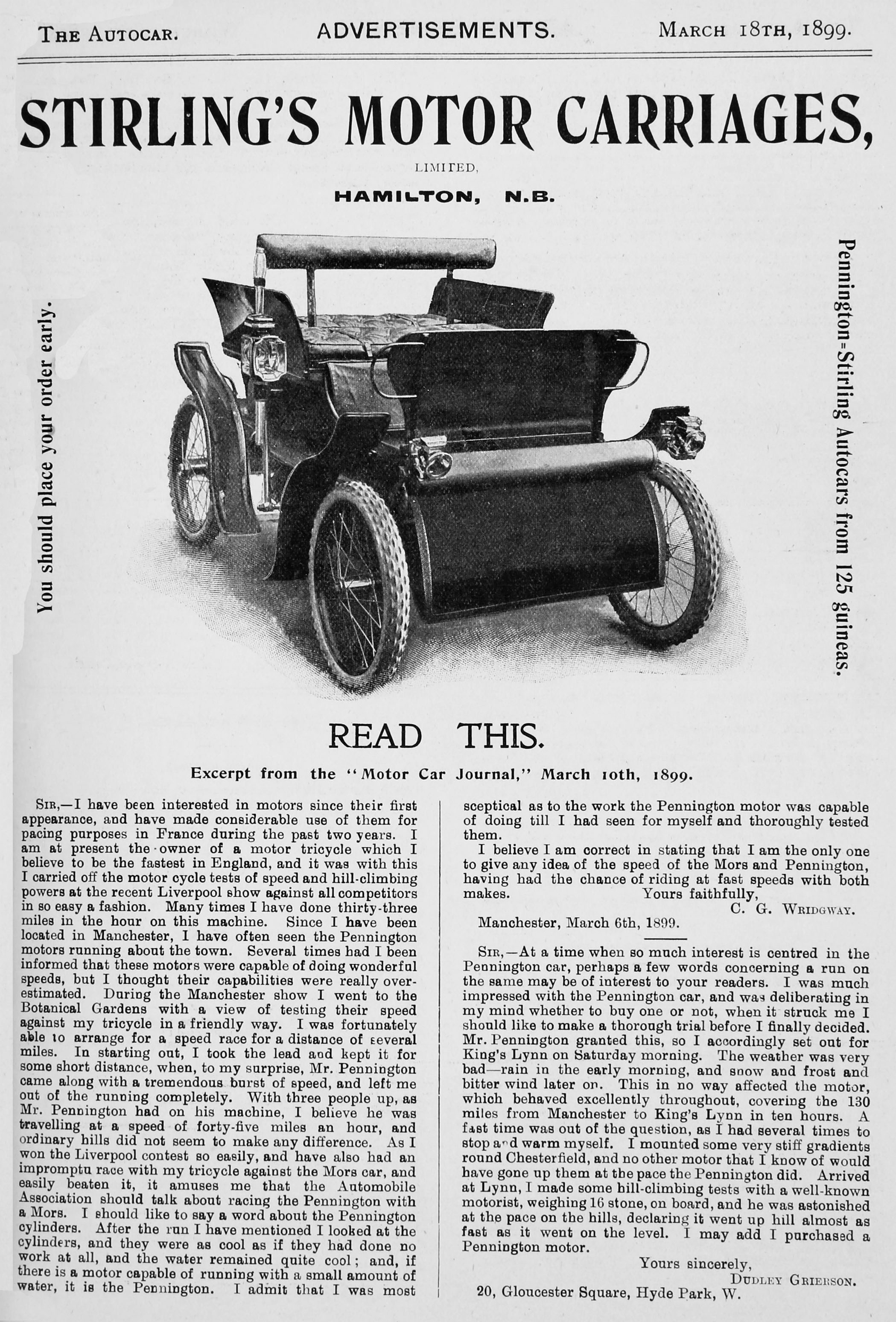 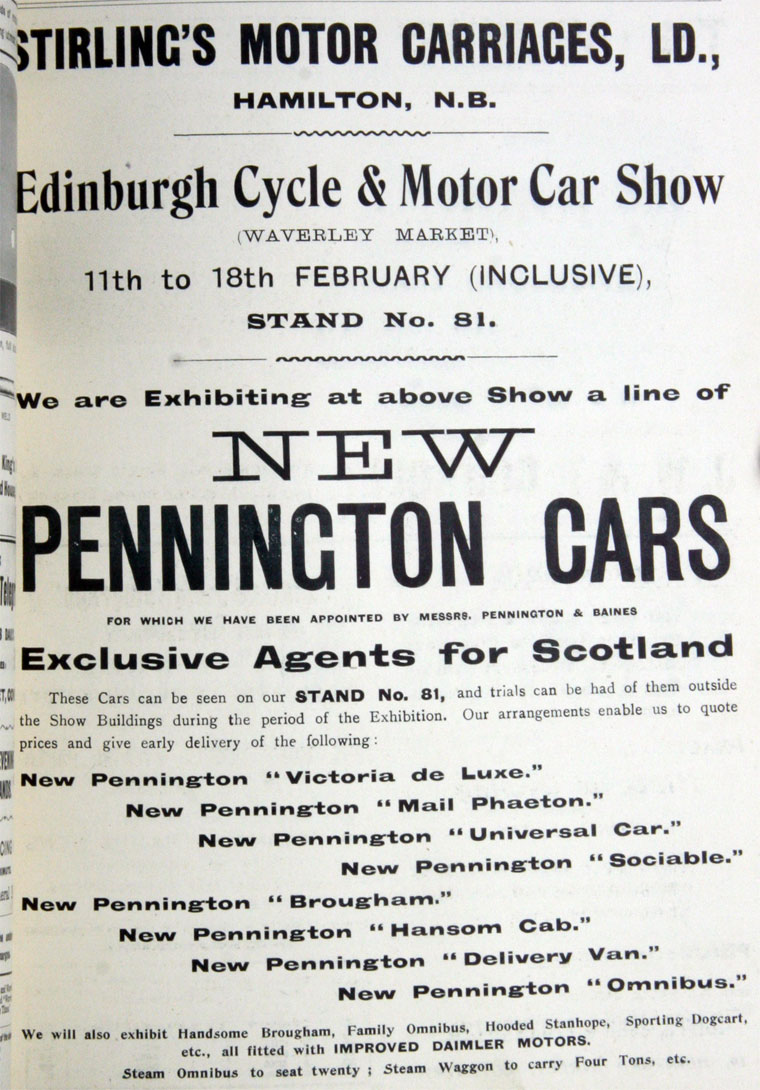 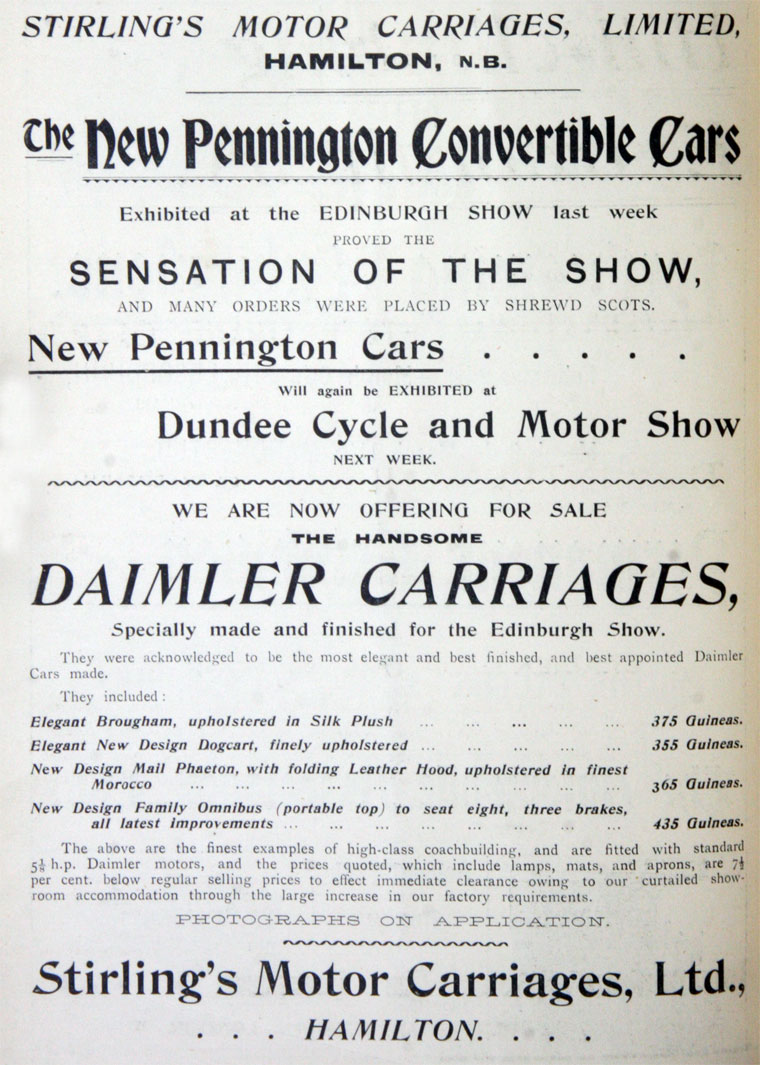 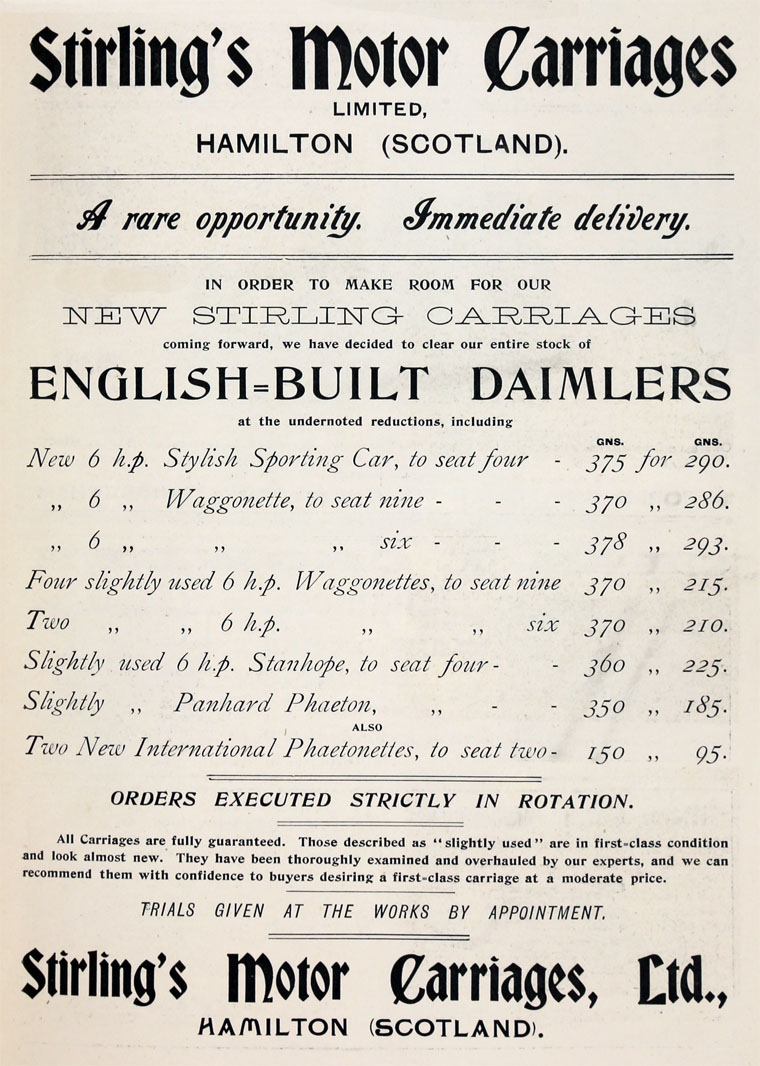 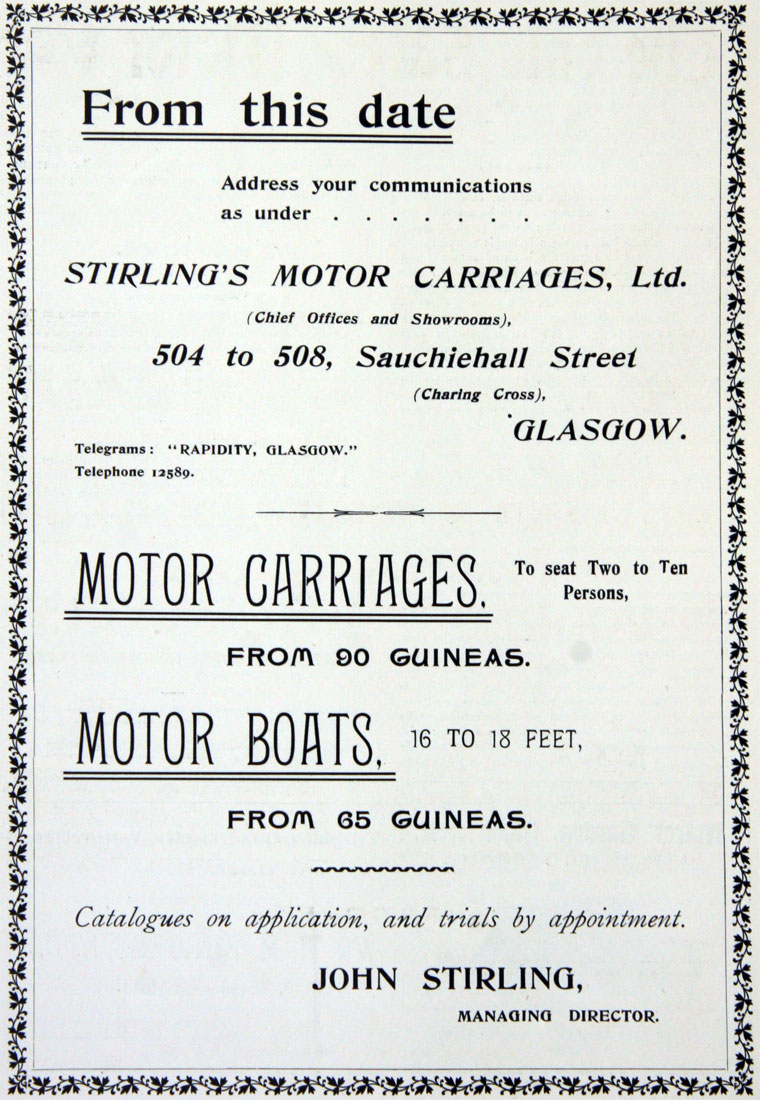 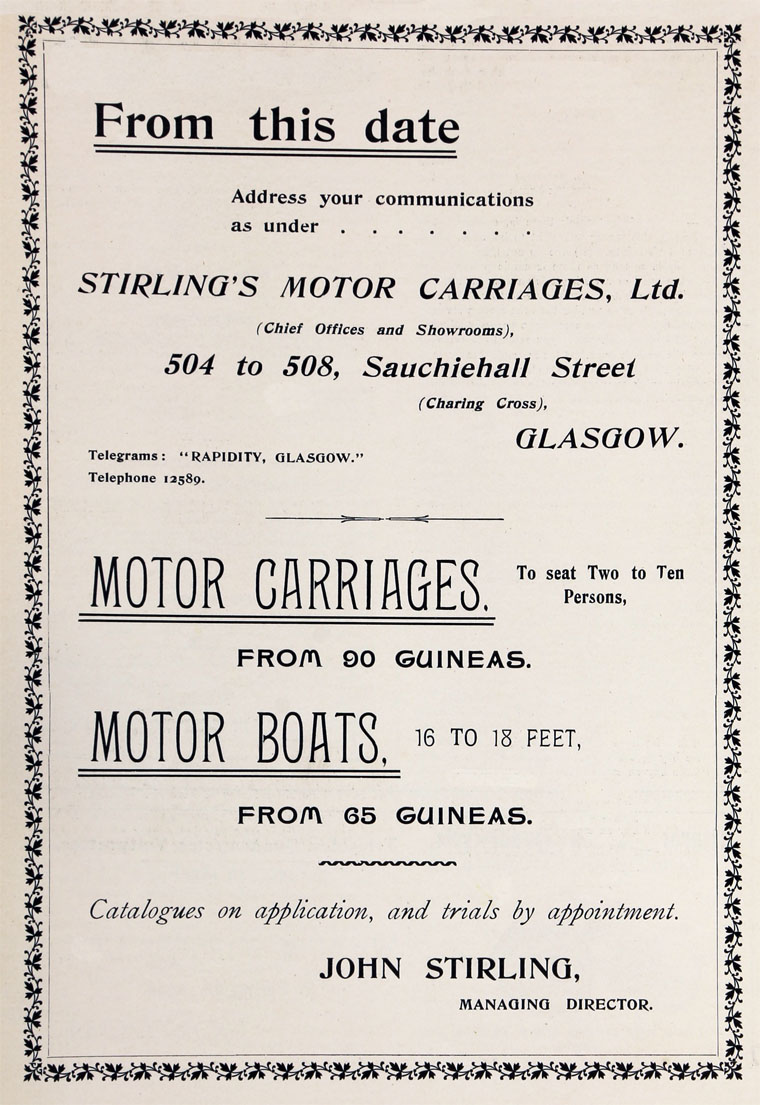 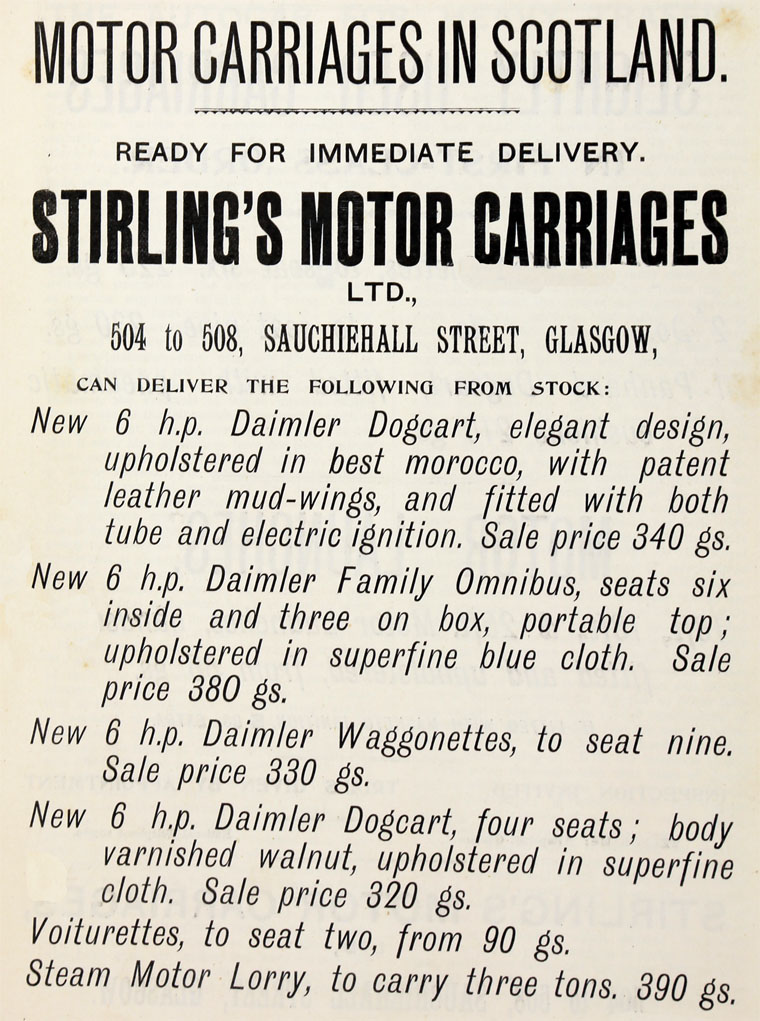 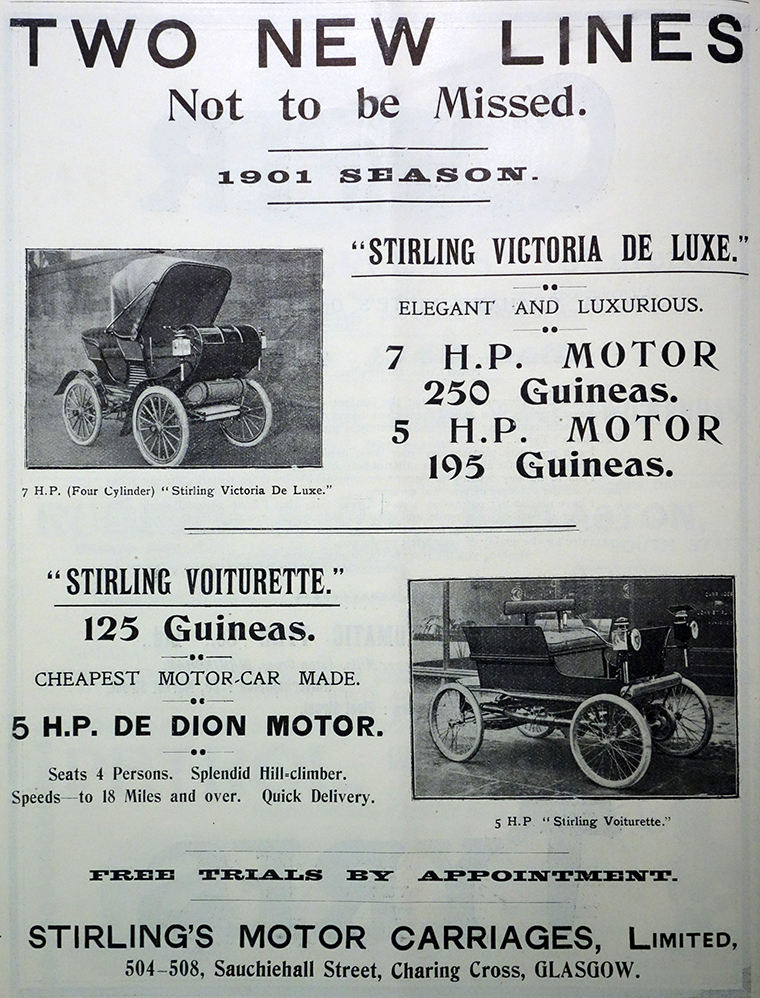 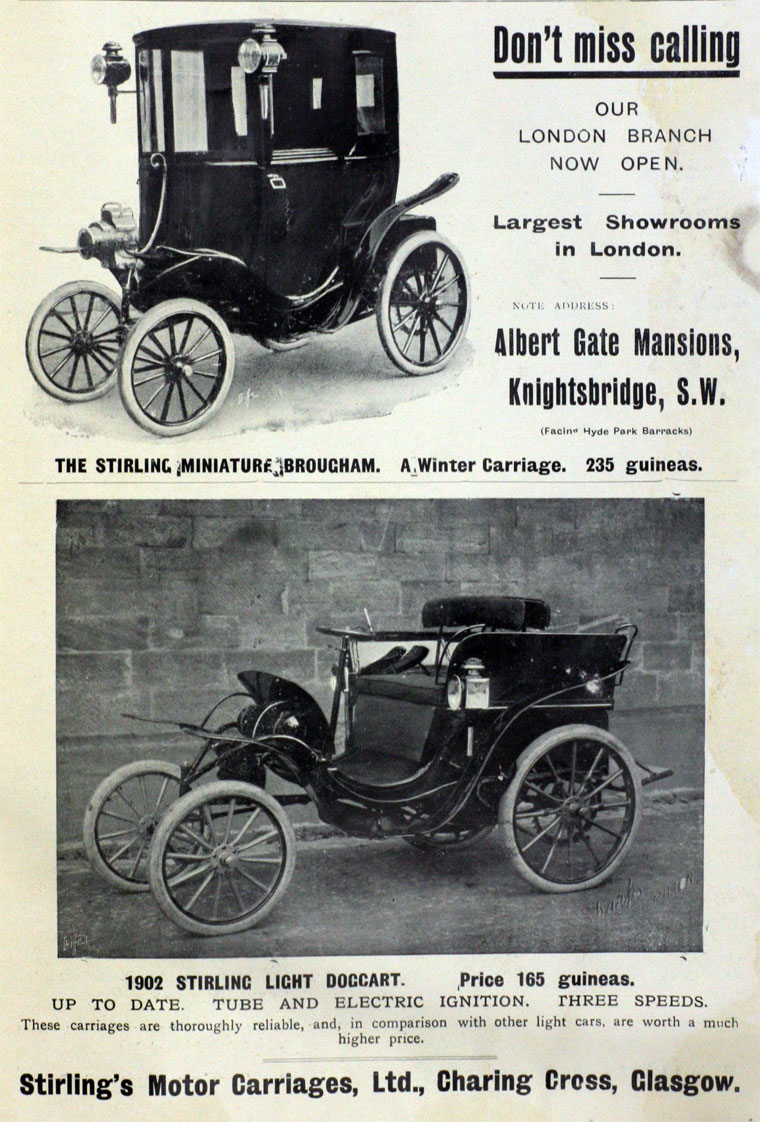 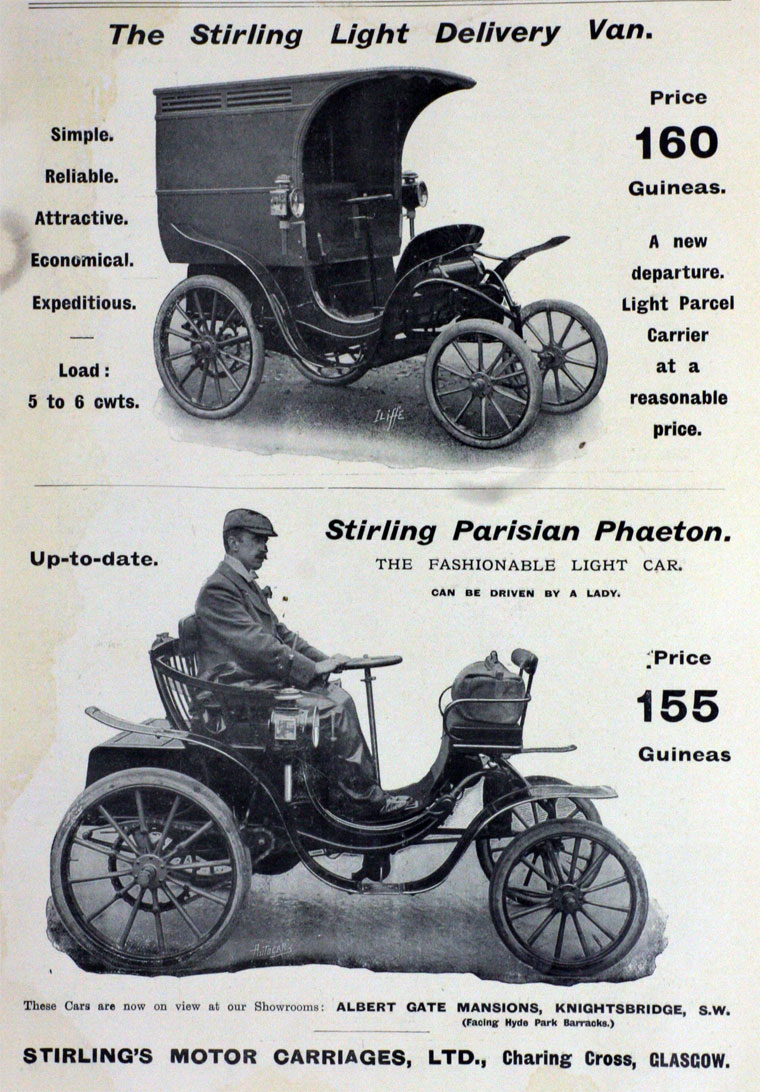 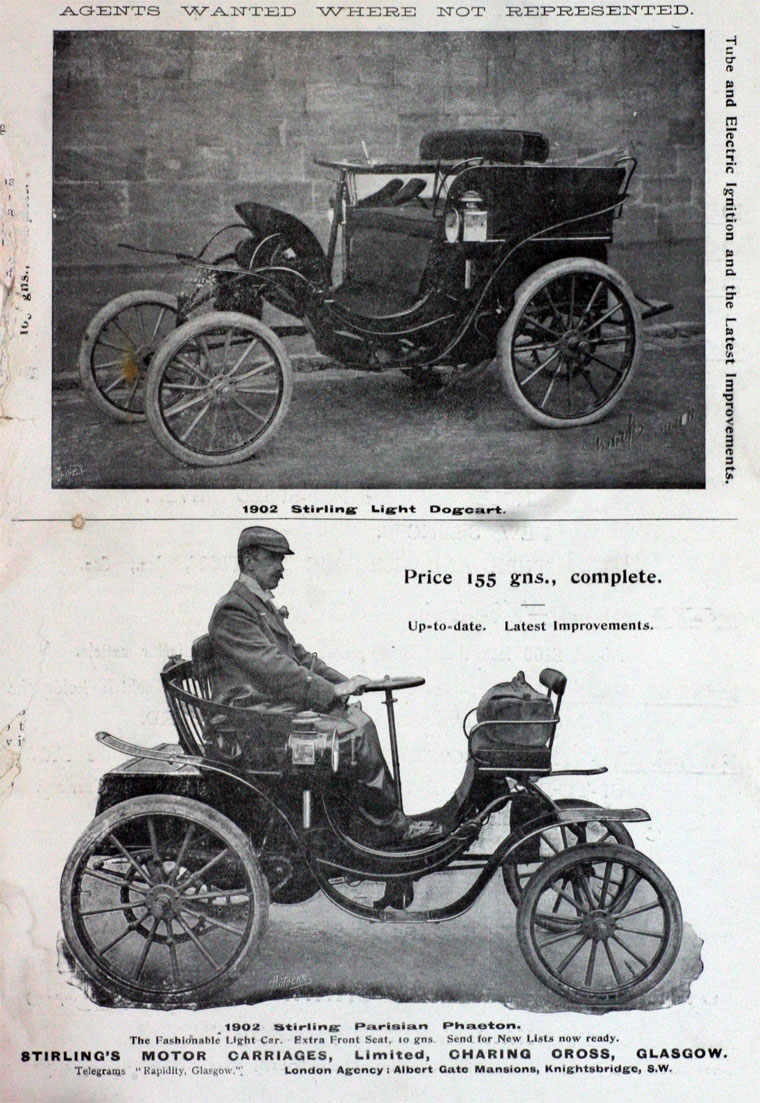 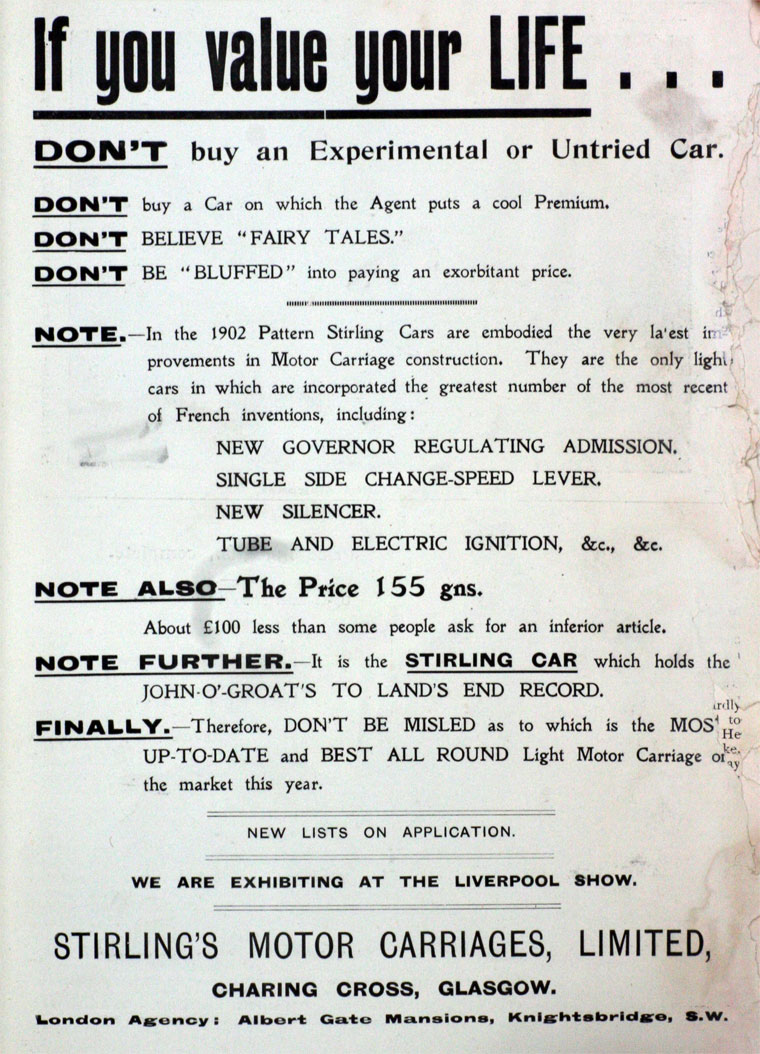 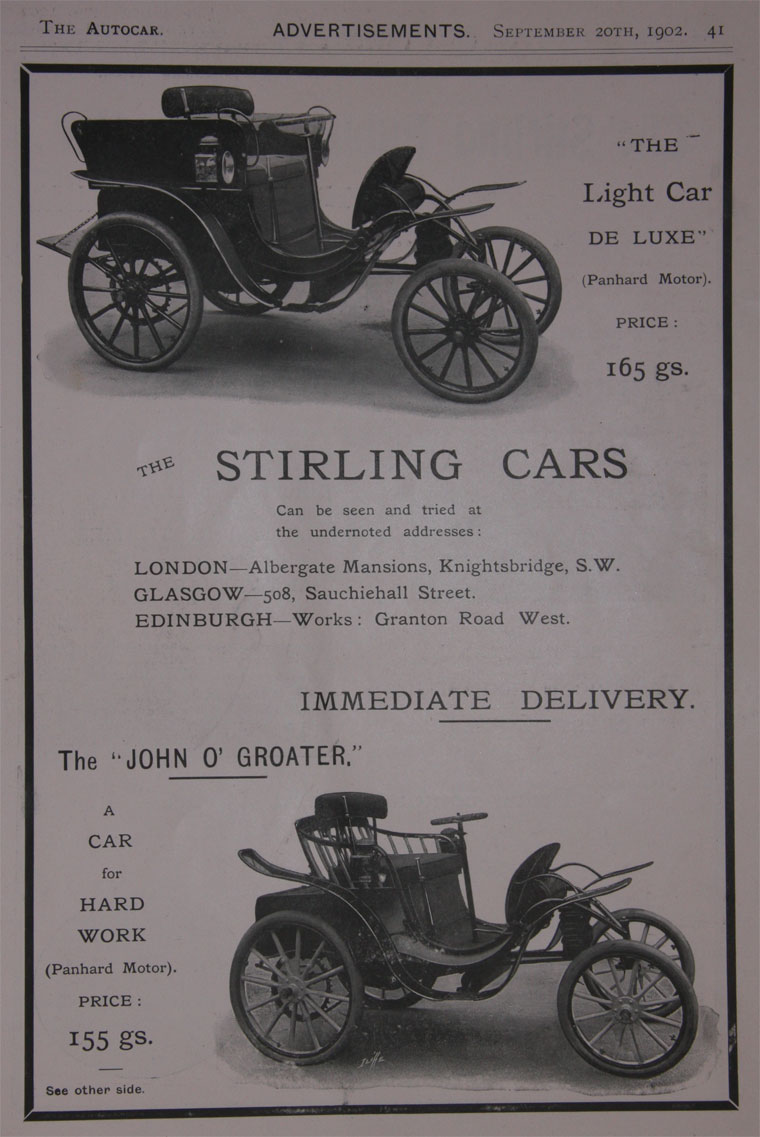 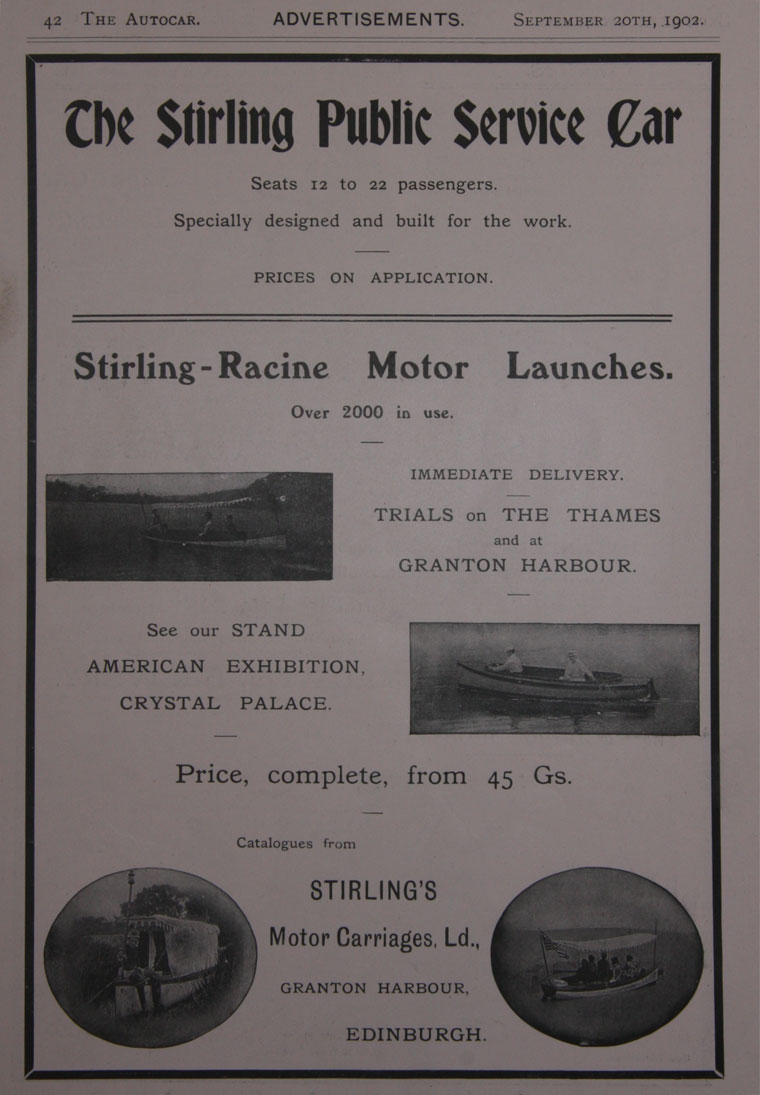 An old-established Scottish coachbuilder that bought Coventry Daimler chassis and fitted them with its own coachwork, finishing the first such car (fitted with a Panhard-Levassor engine) as early as January 1897, several weeks before the first Coventry Daimler car was sold.

1897 December. Company formed to take over the business of J. and C. Stirling. Directors included John Stirling, J. T. Boyd, Henry A. Mavor and three others[1][2]

1899 Advertising Pennington cars, under appointment by Pennington and Baines.[7]

1903 Patent. Application Number 16,153 for Improvements in Or Relating to Transmission Gear for Motor Cars and Other Machinery (Edinburgh) by Drake, Arthur James and Stirling's Motor Carriages Limited