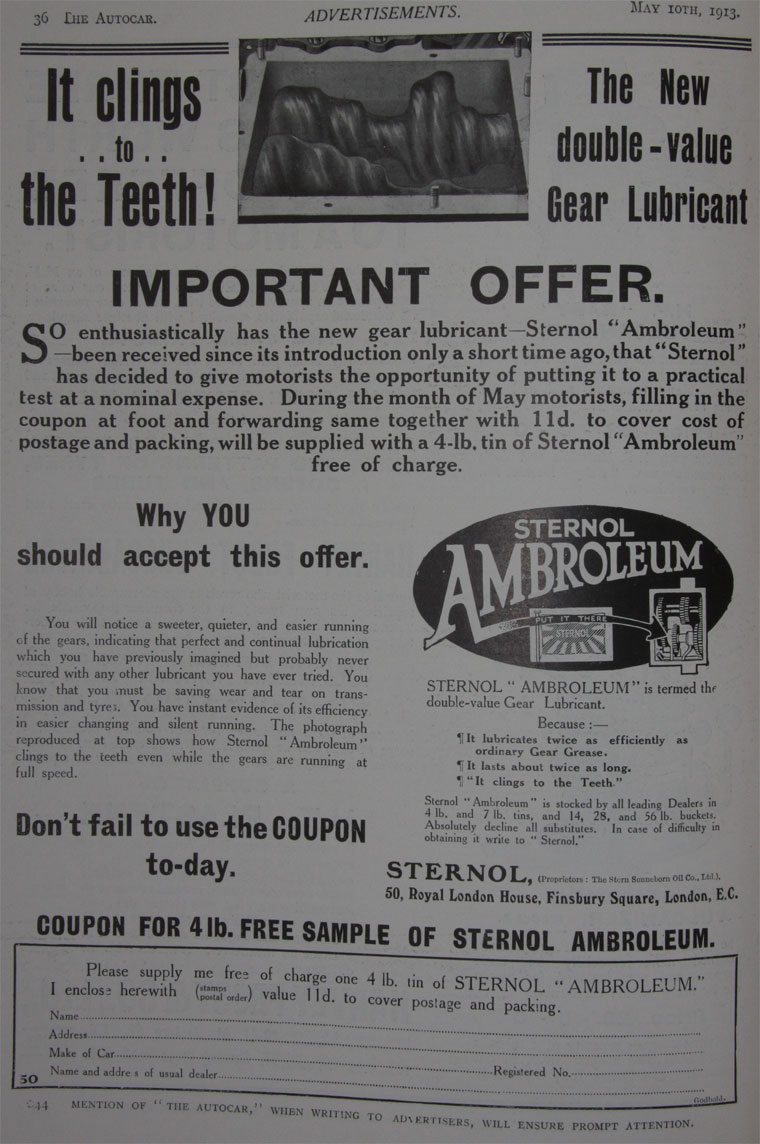 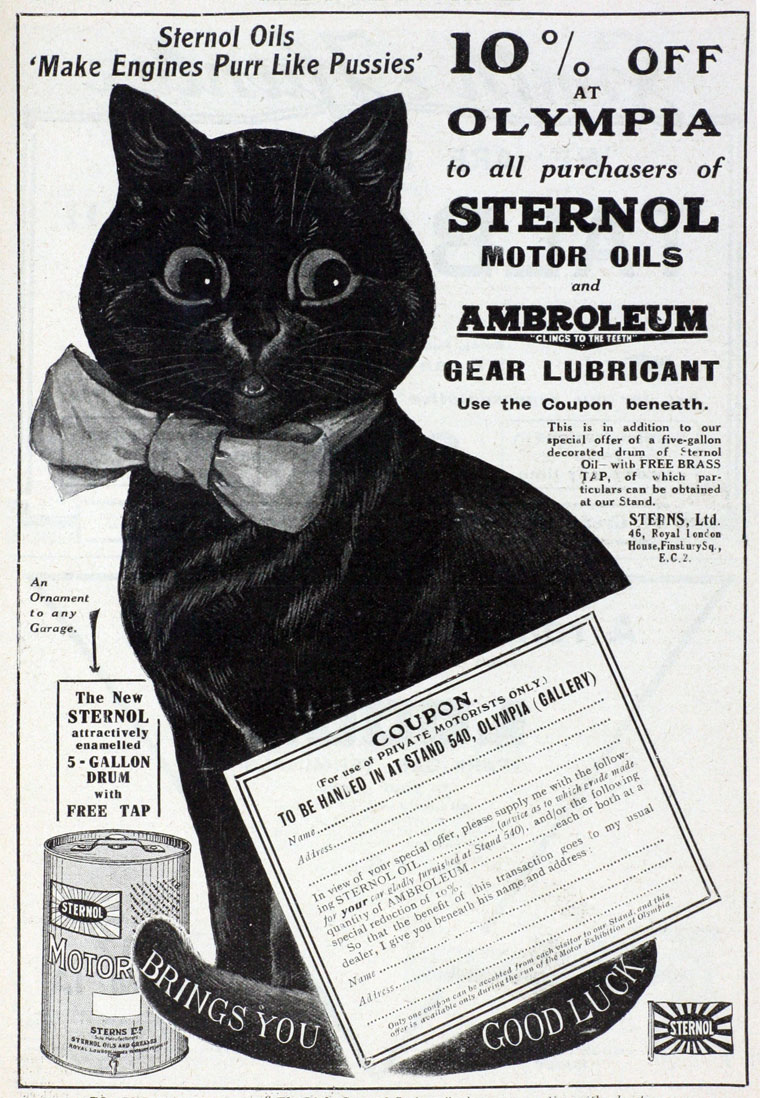 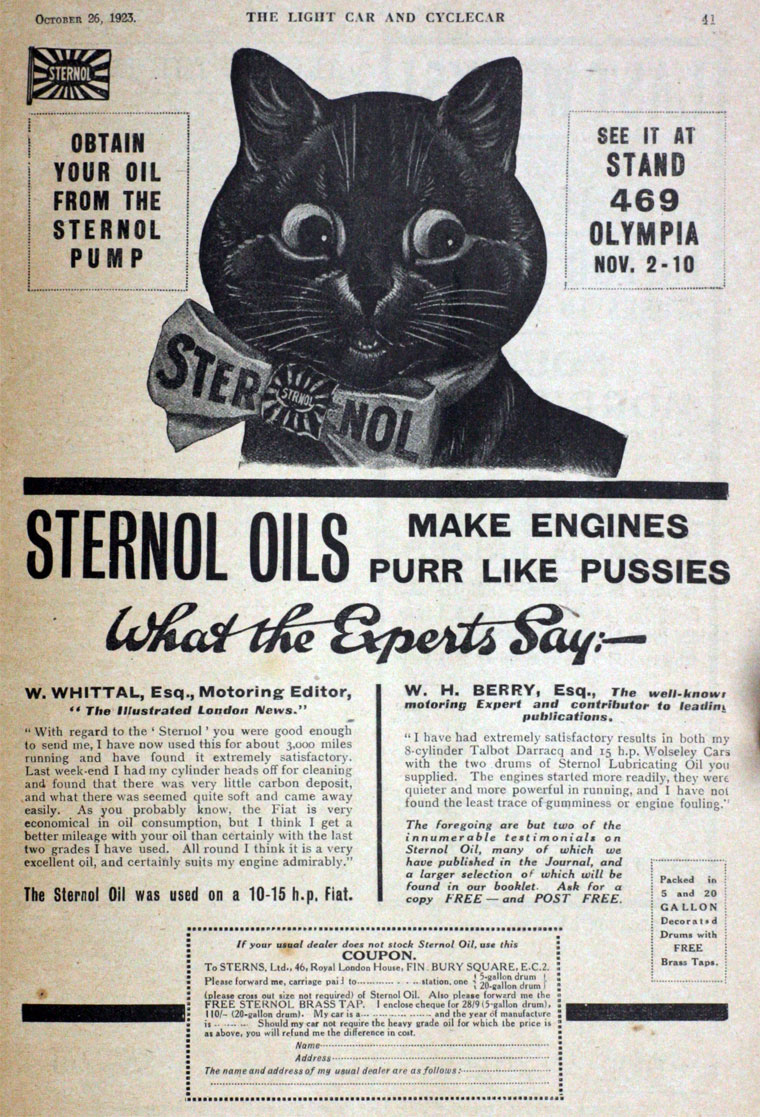 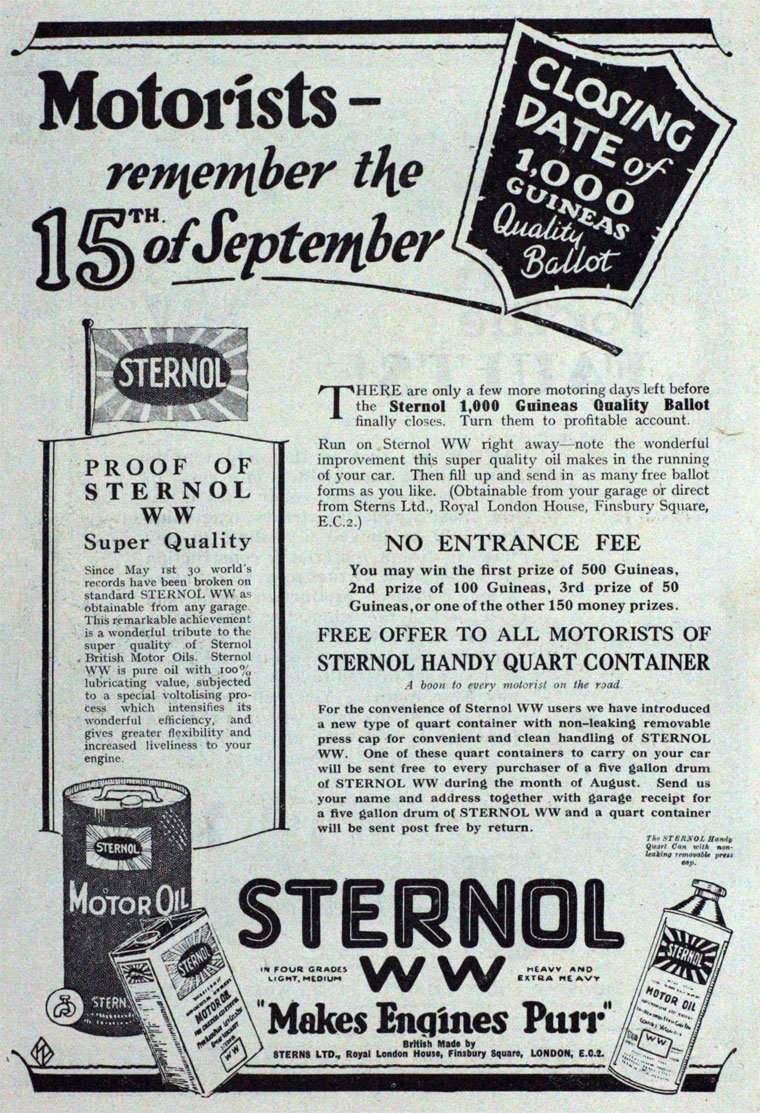 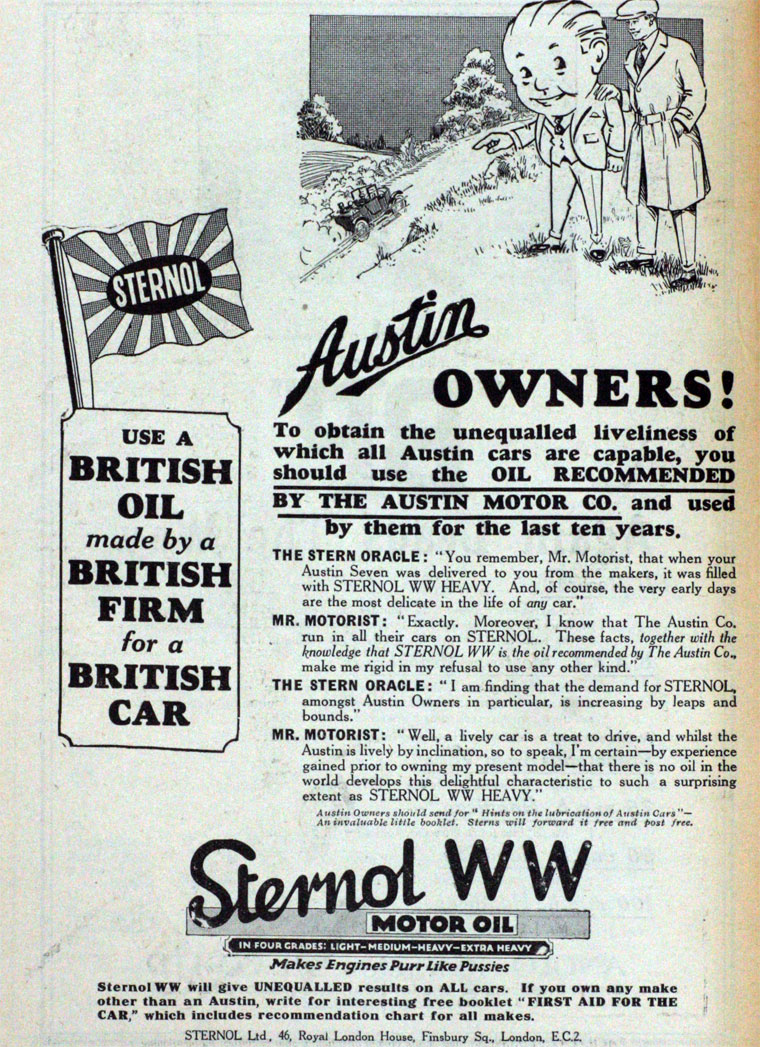 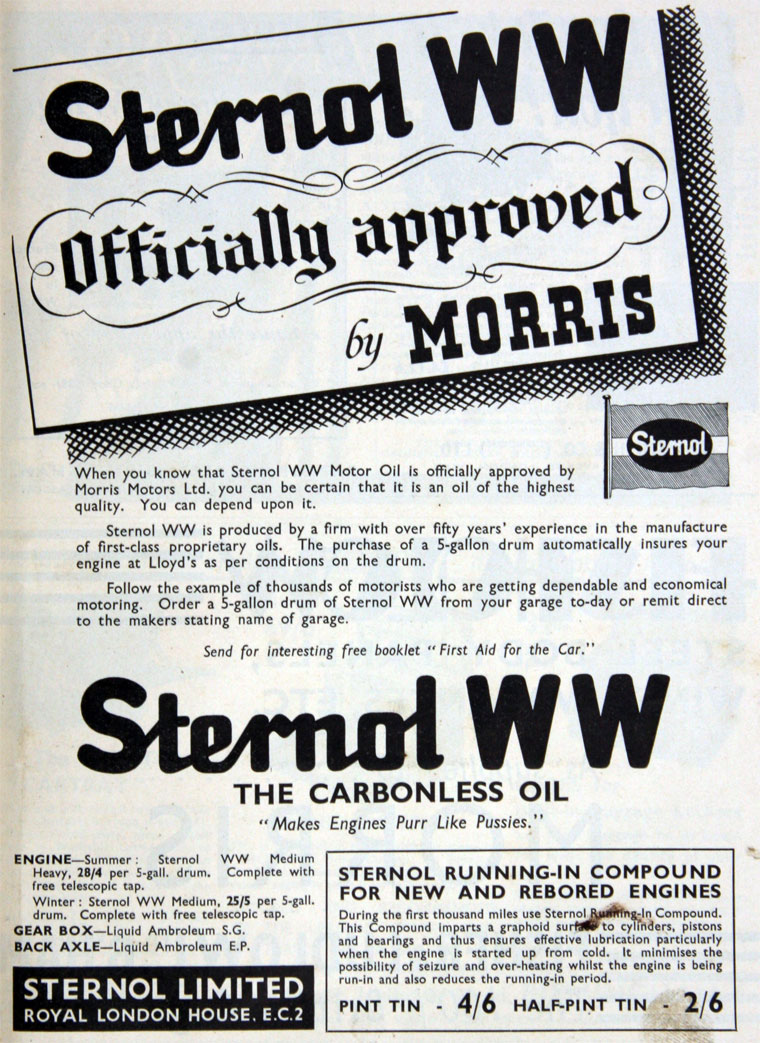 1896 Wallach Bros. have agency for the Stern Bros. (Hamburg) lubricants interests in Britain and the Empire. [1]

1907 Moved to Finsbury Square[3]. Converted to a private limited company[4]. Sterns Ltd was registered in this year in London.

1909 Sternol, the "King of Lubricating Oils", [5] was manufactured by Stern-Sonneborn Oil Co

1924 Note that Stern-Sonneborn Hamburg was acquired by Royal Dutch-Shell, indicating Sternol's necessary severance of connection with Germany, already vitiated by the Great War. [6]

1928 Sterns Ltd sold its oil business to a new company, Sternol Ltd, which was incorporated for this purpose[7]

1936 Northern operations based at Bradford