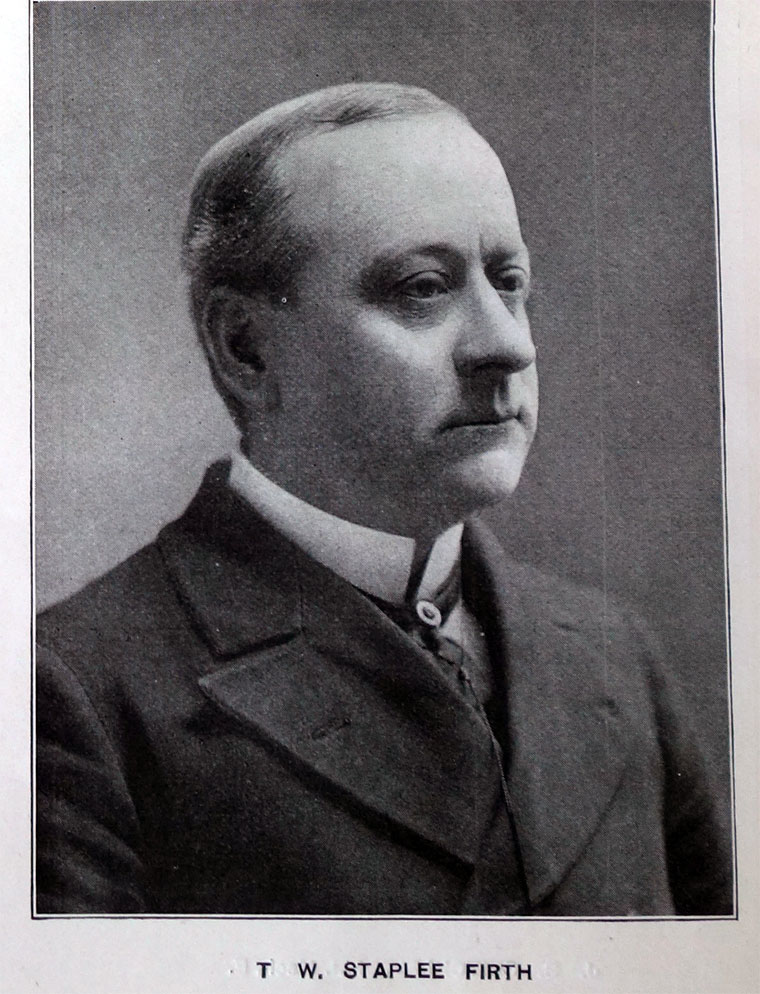 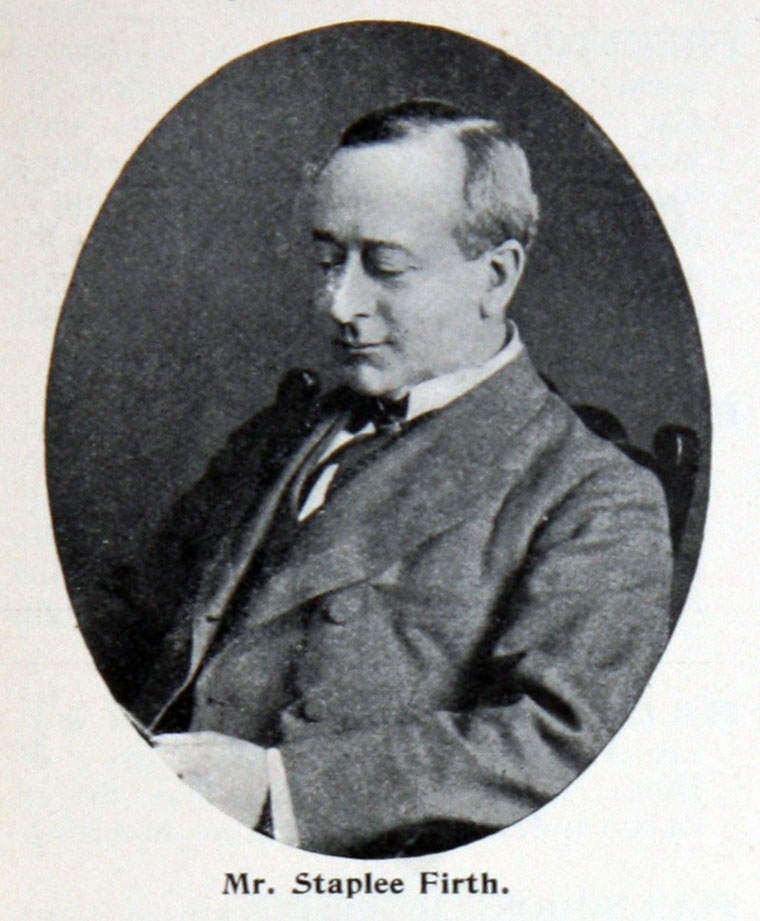 1857 Born in Bradford the son of William S. Firth, manager at a Timber Merchant, and his wife Sarah

1902 May. Published amusing correspondence between himself and Major Hugh J. Lang, Chief Constable of East Sussex.[1]

1904 'FIRTH, T. W. Staplee, 140, Upper Tulse Hill, London, S.E. Is hon. solicitor to the A.C.G.B. & I. Car: 14-h.p. New Orleans. Has motored many thousands of miles, throughout Europe since the year 1896. Hobbies: Yachting, deep-sea fishing, engineering — has a comprehensively fitted-up, amateur motor-machine "shop." Aims at the amelioration of the hardships and cruelty to horses, especially for heavy traction; he is convinced that motoring will have an important effect in civilizing our social communities throughout the world. Regards "with astonishment the exhibition of ignorance, bias, prejudice, and stupidity," which took place in the House of Commons on the discussion of the Motor Car Act; contends that it is notorious that those who have never been on a motor-car, and therefore know the least about them, have the most to say against them. Says it is a singular fact that it is practically impossible to find any person who has been on a motor-car for an hour or more who does not frankly admit that their experience has been a revelation, surprise, and pleasure. Feels sure of one thing, that by the untiring devotion of the pioneers of the cause the movement has taken such a firm hold that nothing can stop its progress. Clubs: Sylvan Debating, A.C.G.B. & I.' [2]

FIRTH, T. W. STAPLEE.- Born in the West Riding of Yorkshire, Mr. Thomas Williams Staplee Firth received his early training at the Heath Grammar School, Halifax, which was founded in the reign of Queen Elizabeth. Destined originally for a mercantile he reached an important position before the age of twenty-one. To this Mr. Firth owes his extensive knowledge of mercantile affairs and the uses of machinery in connection with business purposes. At the age of twenty-four he abandoned the commercial career, and was articled to one of the leading lawyers in Yorkshire. He soon attained a number of distinctions, and became a gold medallist. Mr. Firth is an all-round sportsman. His principal pursuits and amusements are riding, driving, yachting, and fishing. At present his principal pastimes are automobilism, yachting, and deep sea fishing. Since leaving the provinces in 1886, Mr. Staples Firth has become a well-known and familiar figure in the High Courts. He is identified with many leading and important cases in the official Law Reports. To automobilists Mr. Firth is best known as the solicitor to the Motor Union, in which position he has been retained for all important test cases contested by the Motor Union. There is no important case of automobilism within recent years in which he has not been called upon to defend the cause and rights of the chauffeur. His achievements in fighting the levying of illegal bridge tolls are amongst his most recent successes for the benefit of the horseless movement. He has a 14 h.p. New Orleans car.