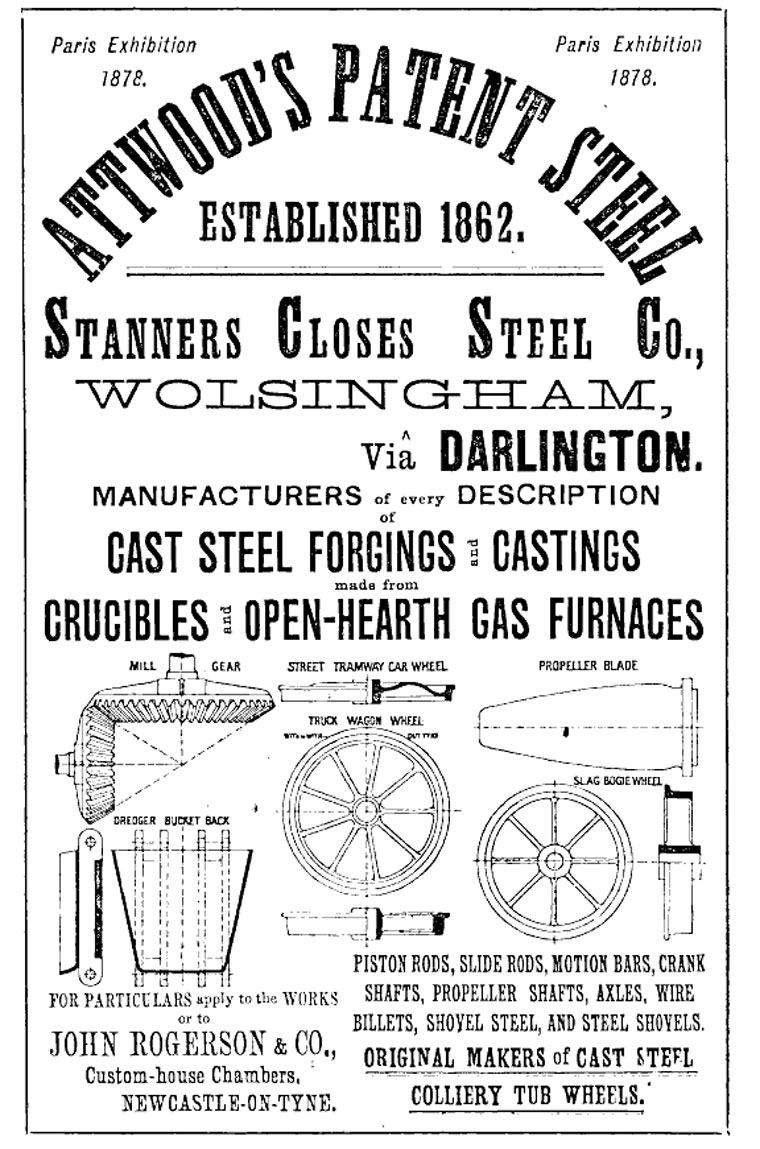 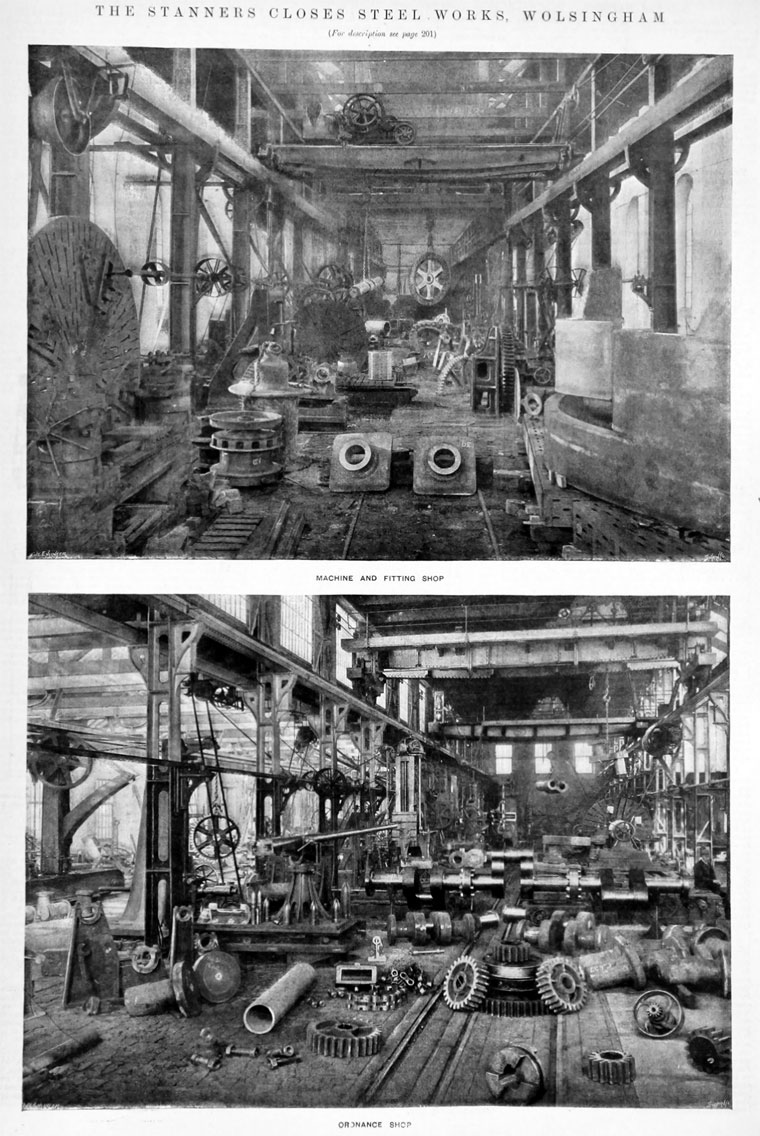 1858–1862 Charles Attwood experimented at Tow Law with the production of steel by melting together cast iron and refined bar iron; this work led to a patent in 1862. He was the first licensee of C. W. Siemens's regenerative gas-fired furnace applied to making steel.

1864 Because of the refusal of Baring Brothers to participate in the exploitation of his patent for a new process for casting steel, Attwood built a new factory on his own account at Wolsingham, the Stanners Closes works.

Later became the works of John Rogerson and Co