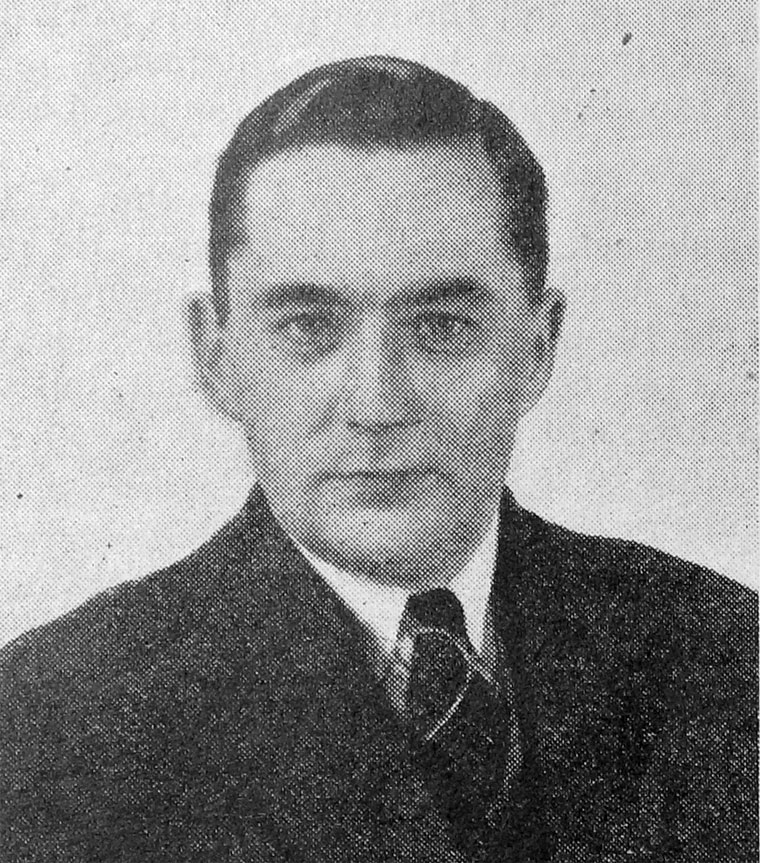 STANLEY VAUGHAN WILLIAMS. Mr. S. V. Williams, an ex-officio Member of Council of the Institute, who had recently been elected Chairman of the London Local Section for 1946-48, died at his home, 17 Woodhill Crescent, Kenton, on 8 August 1946, aged 43 years.

Born at Wrexham, North Wales, in 1903, he was educated at Grove Park School, Wrexham, and the University College of Wales at Swansea. He studied under Principal C. A. Edwards, and took an honours degree in metallurgy in August 1924.

In October 1924 he joined the Research Laboratories of the General Electric Company, Ltd., at Wembley, as a research student in the metallurgy department, and six months later was appointed a member of the permanent staff.

Williams was made a member of the leading scientific staff in 1929, and took over the leadership of the metallurgical group in 1938, a position he still held at the time of his death.

Stanley Williams had a charming personality and a very wide circle of friends, to whom his early death came as a great shock. He was a wellknown figure in the metallurgical world, and will be sadly missed.

In his college days, and particularly in his early days at Wembley, he gave valuable support to social activities. He was keenly interested in music, sang well, and took part in amateur dramatics on many occasions. Whilst at college he obtained his colours for tennis. He had a very wide experience in the many fields of metallurgical research in which the General Electric Company are interested. The rarer metals and their alloys, which find so many uses in lamps and electronic devices, provide special problems for the research worker.

Williams was also particularly associated with developments in electric furnaces and annealing m controlled atmospheres, and his published papers are mainly in this field. They range from the development of heat-resisting alloys to the design of equipment for the production of special atmospheres.

Williams took a very active interest in the Institute of Metals, and had been a member since 1922. He was a keen supporter of the London Local Section, having been its Secretary in 1936-38. Quite recently he had been elected as Chairman for 1946-48. He was a member of the Iron and Steel Institute, and a Fellow of the Institution of Metallurgists. He was also a member of the Development Committee of the British Cast Iron Research Association, and served on several committees of the British Non-Ferrous Metals Research Association.