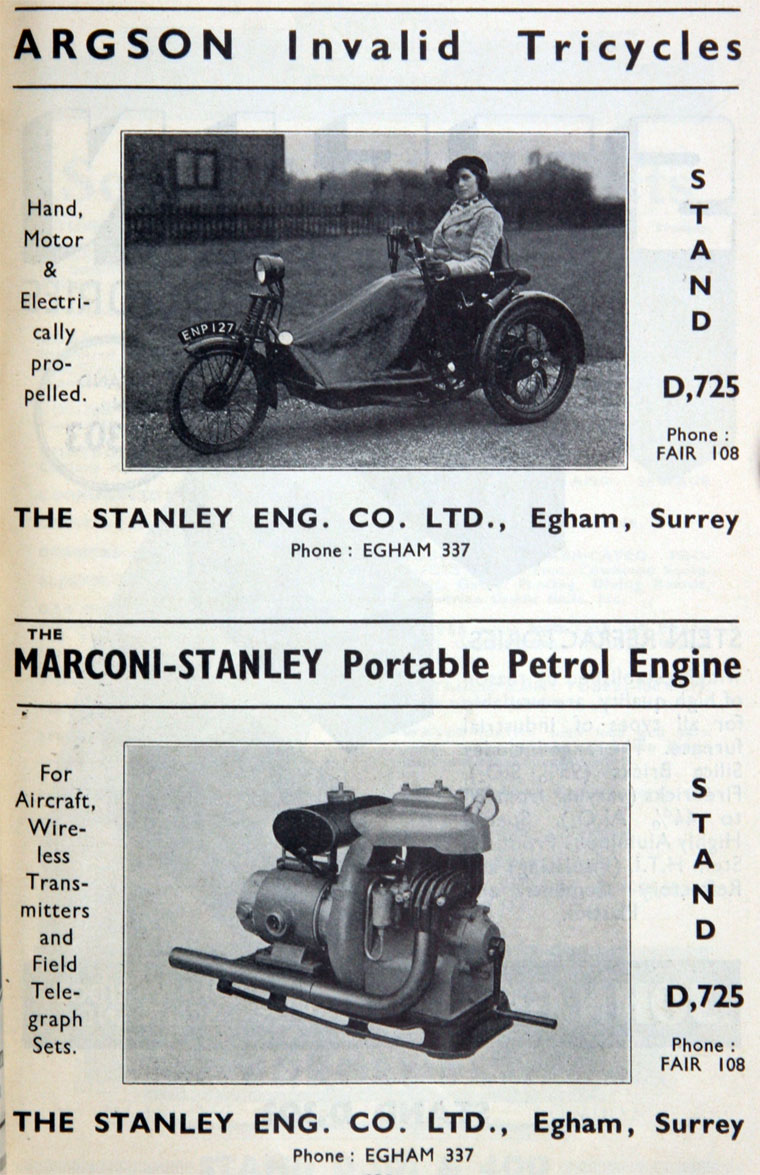 1932 Stanley was a motorcycle based on a stock tricycle, the machine was fitted with a 98cc Villiers engine, hung from the rear axle and with spur gears to drive the clutch and a differential. Aimed at the elderly market, to offer assistance and stability, it failed to catch on.

1958 Maker of petrol and electric invalid cars and equipment for the disabled; part of the Harper Group[3]