The dominant building here is the New Tobacco Warehouse. In front of that is the old South Stanley Warehouse. The white stone structures on Regent Road are typical Jesse Hartley granite gateposts/policeman's lodges

Former entrance to N Warehouse from Regent Road, now the entrance to the Titanic Hotel. The granite tower housed the hydraulic accumulator and the boiler chimney for the pumphouse 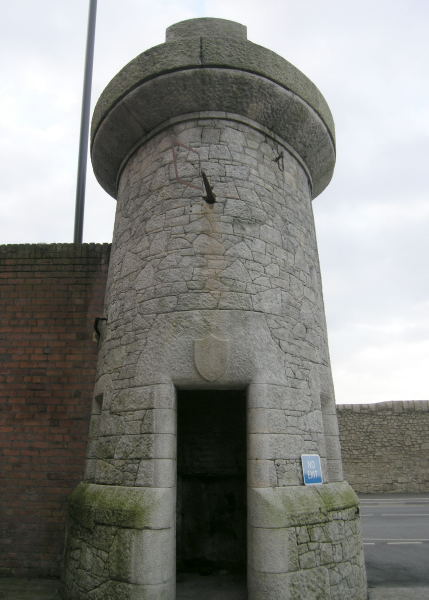 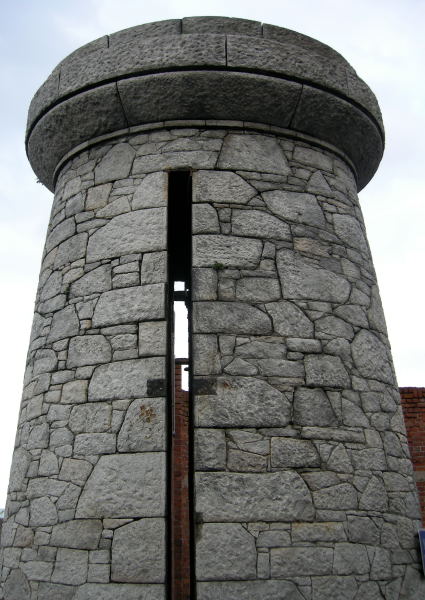 Detail of hydraulic pumphouse, which provided delivered high pressure water to machinery, including..... 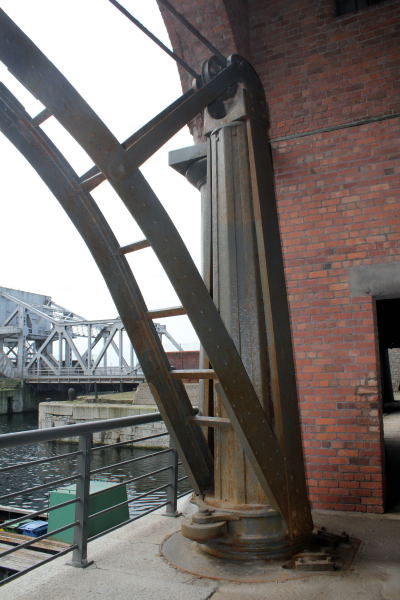 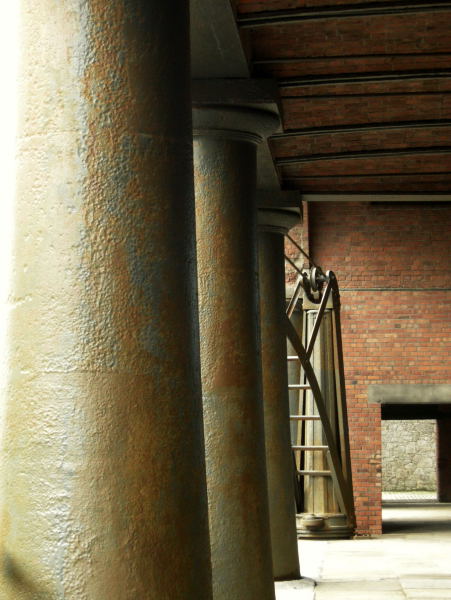 Detail of the New Tobacco Warehouse

Entry to Leeds and Liverpool Canal from east side of dock

The 'New Tobacco Warehouse' at Stanley Dock, claimed to be the largest building in the world when opened in 1900

One of the Liverpool Docks

Designed by Jesse Hartley it opened on 4 August 1848.

The dock is the only one in Liverpool which was built inland, all the others being built out from the foreshore. The original quay warehouses are of a similar design to those at Albert Dock and are grade II* listed buildings.

On the north side of the dock the former tobacco and rum warehouse has recently been converted into the Titanic Hotel, without spoiling the character of the area. The original warehouse was mirrored by another on the south side, which has survived, albeit somewhat rebuilt and now out of use. However, part of the south side of the dock was filled in to accommodate the massive 'New Tobacco Warehouse', currently derelict.

The North and South Warehouses each had a small group of buildings housing steam-driven hydraulic pumping machinery, boilers, chimney and hydraulic accumulator tower. That for the N. Warehouse survives alongside the Titanic Hotel.

The Leeds and Liverpool Canal descends via locks to join the dock on the east side. Canal boats passed under Regent Road to join Collingwood Dock.