Grace's Guide is the leading source of historical information on industry and manufacturing in Britain. This web publication contains 140,736 pages of information and 227,385 images on early companies, their products and the people who designed and built them. 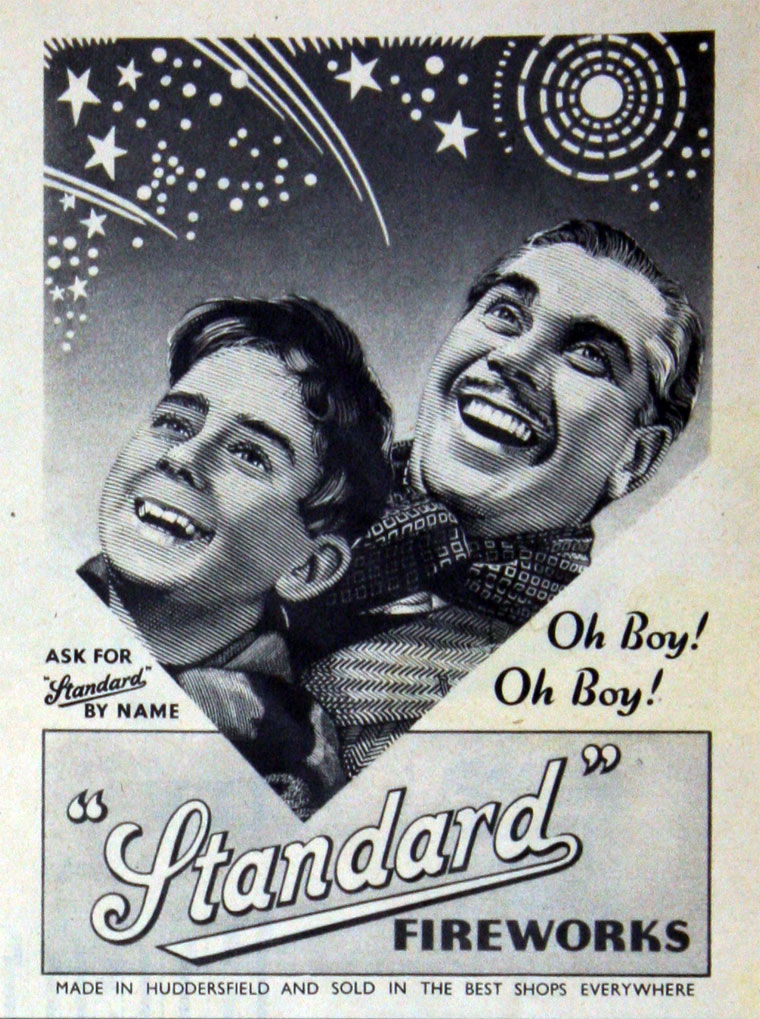 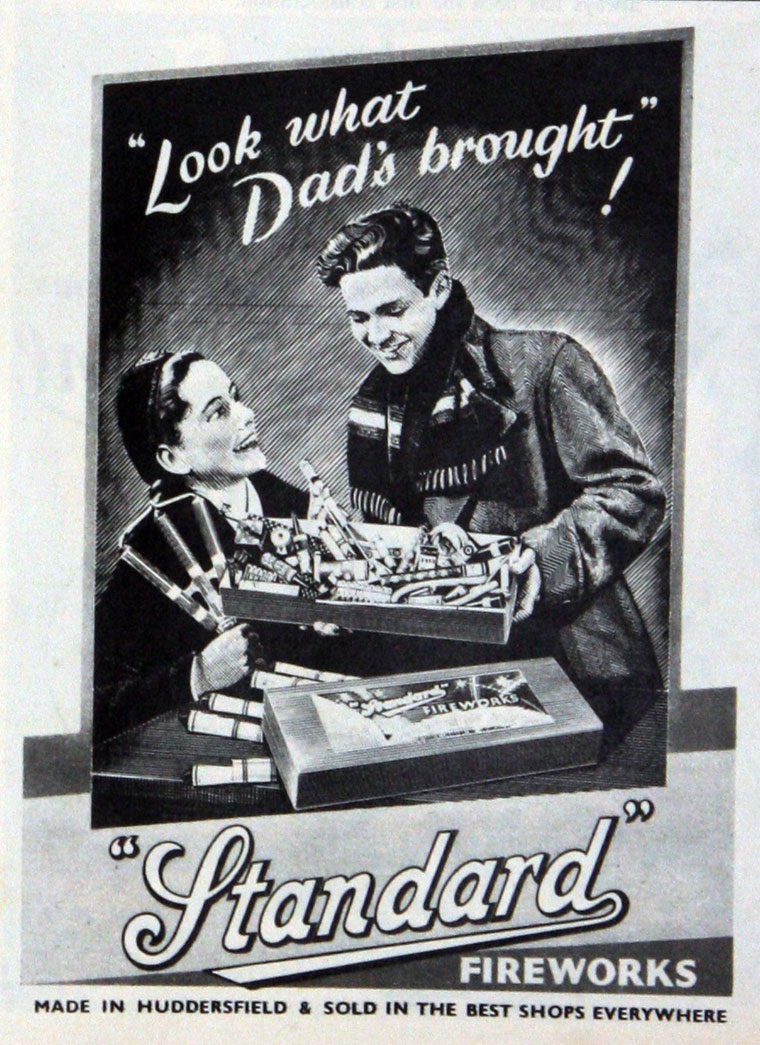 1891 Standard Fireworks was established in 1891 as was the brainchild of Yorkshire draper James Greenhalgh.

1910 Standard Fireworks moved to its Crosland Hill site in Huddersfield in 1910 where it now covers over 100 acres.

During the First World War, production switched to munitions and became an essential part of the war effort.

During the Second World War, production once again switched to munitions and became an essential part of the war effort.

1959 The post-war years brought further expansion and the company was floated on the Stock Market.

During the 1980s and 1990s Standard Fireworks became a major employer in the Yorkshire region with a 500 strong workforce.

1998 Saw the purchase of Standard Fireworks by the Chinese based Black Cat Fireworks. As the largest manufacturer of fireworks in the world, Black Cat switched firework manufacture to China.

The Huddersfield site is now the UK headquarters for Black Cat and acts as the Sales, Marketing and Distribution centre for both Black Cat and Standard product ranges.