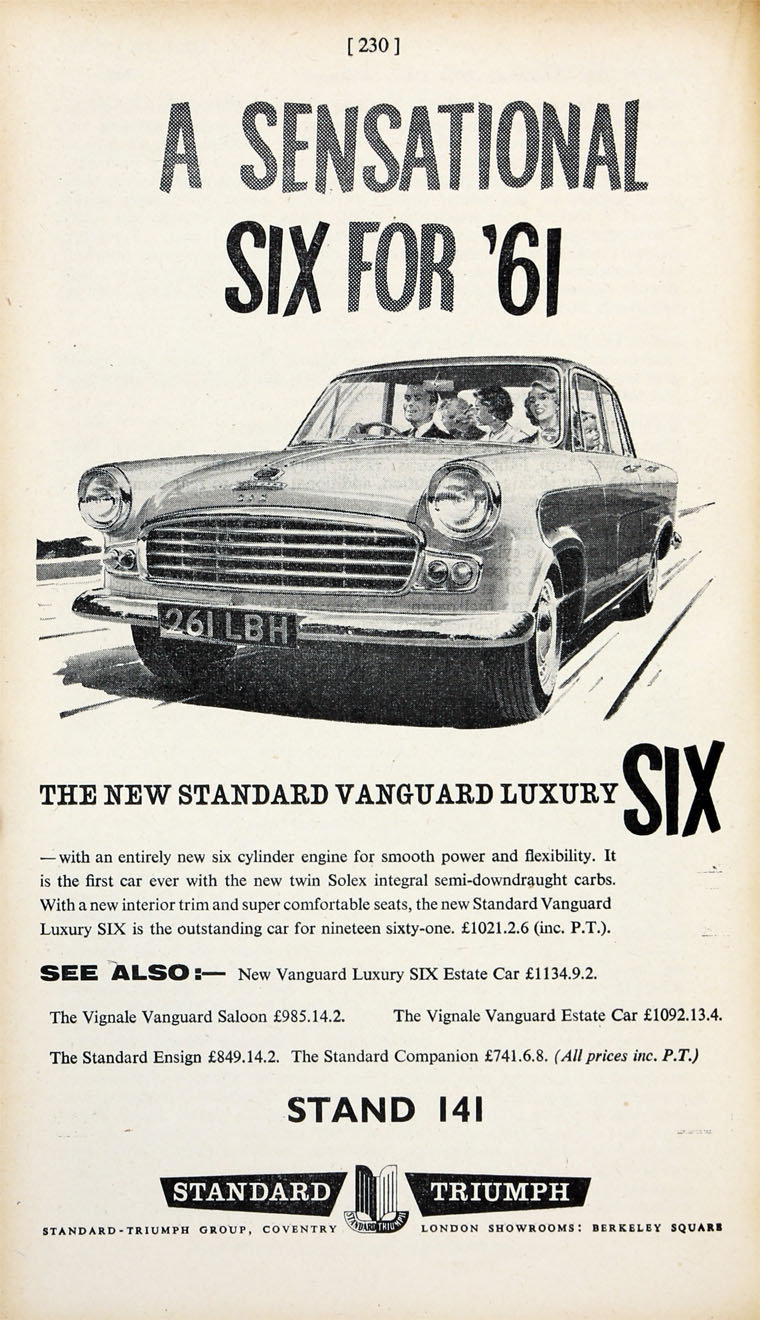 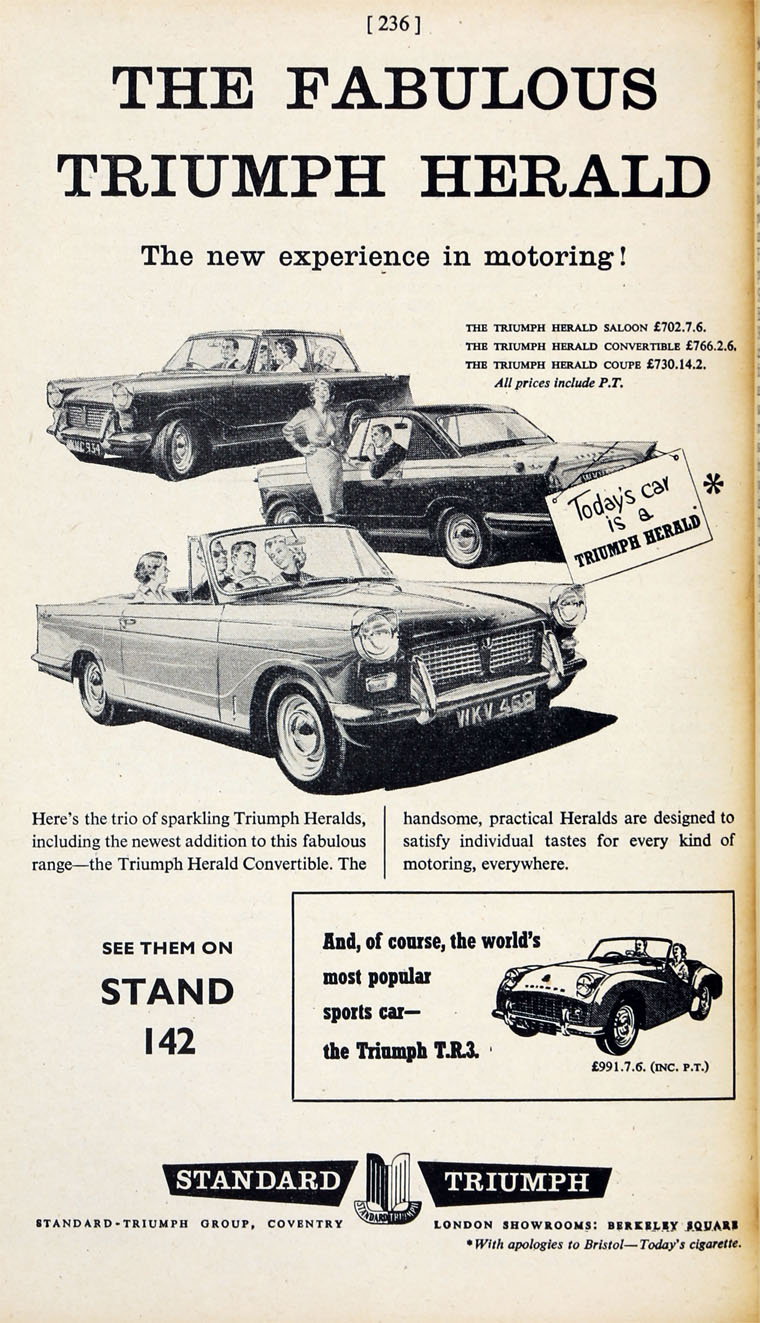 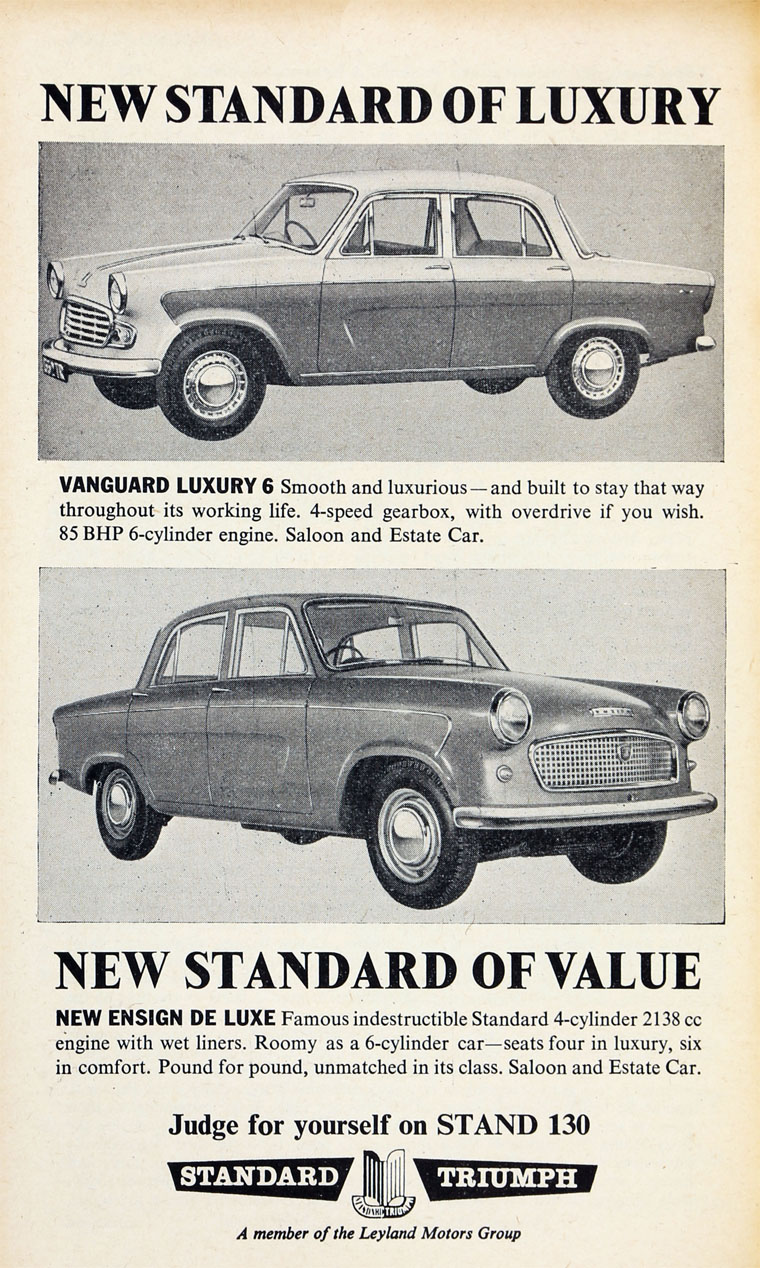 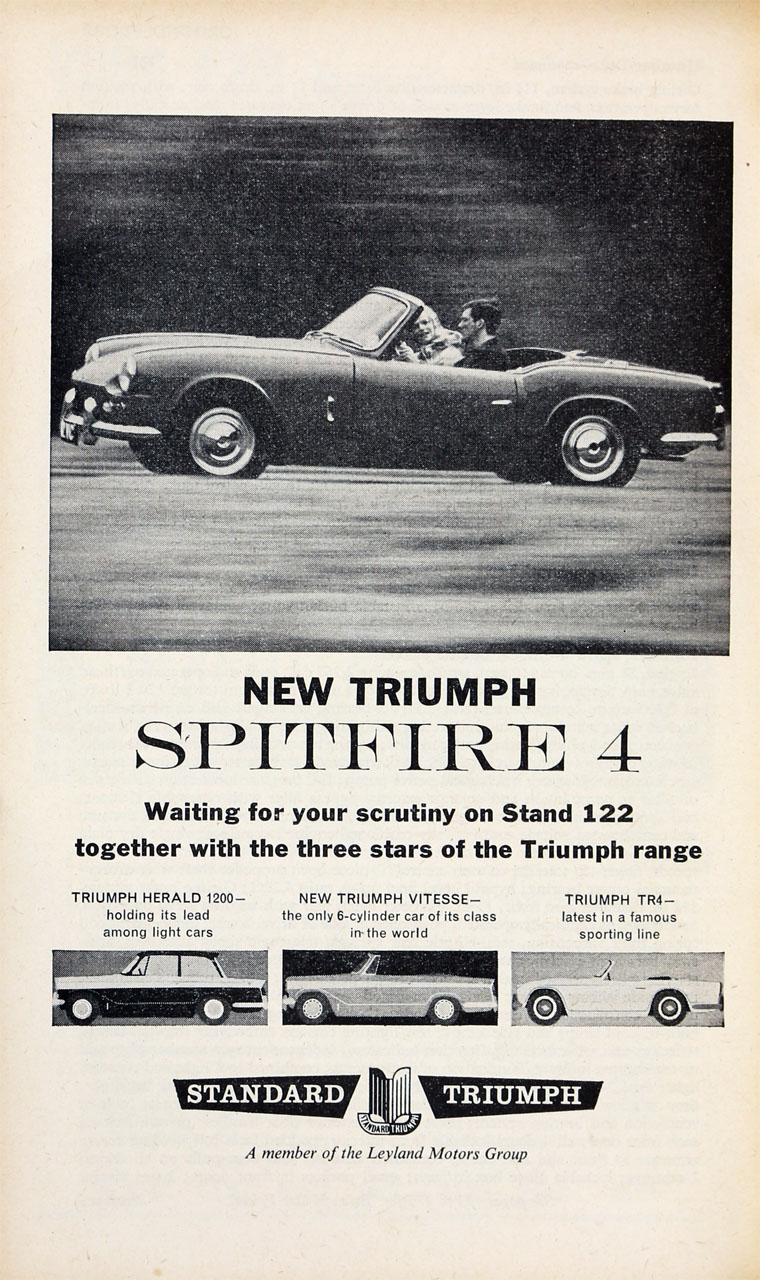 1960 Standard-Triumph International were taken over by Leyland Motors who paid £20 million and the last Standard was produced in the UK in 1963.

1968 Triumphs continued when Leyland became British Leyland Motor Corporation (later BL). The Standard brand has been unused in Europe since then and the Triumph or Rover Triumph BL subsidiary used the former Standard engineering and production facilities.

1994 BMW acquired the Standard and Triumph brands following its purchase of BL's sucessor Rover Group in 1994. When most of Rover was sold off in 2000 BMW kept the Standard brand along with Triumph, MINI and Riley.

For a list of cars built by Standard-Triumph under the Triumph name see Triumph Motor Co.