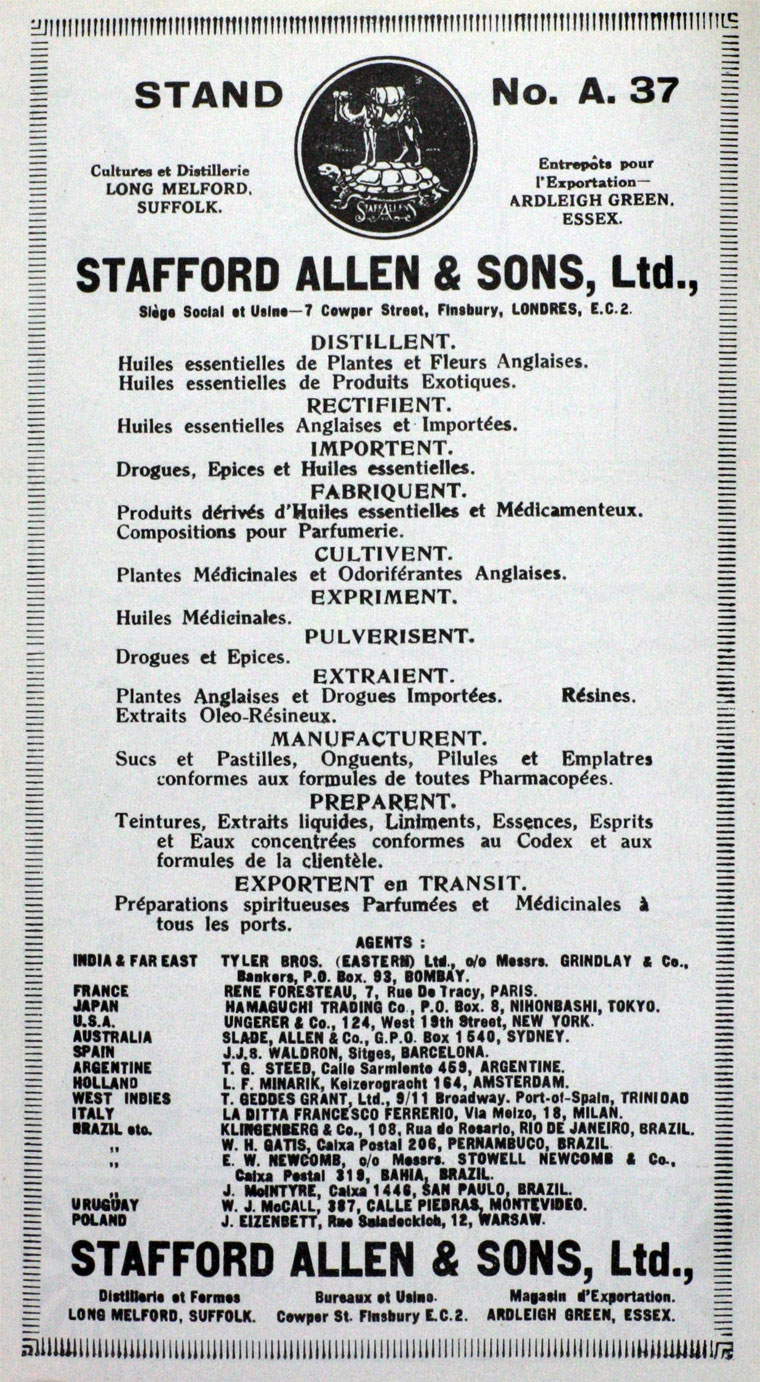 1833 Stafford Allen and Sons was founded by William Allen (1770-1843). Allen chose his nephew Stafford Allen, a miller of Amersham, to run the business.

The company evolved into a producer of pure drugs and essential oils. They were known, in particular, for their sandalwood and clove oil.

Stafford went into partnership with Charles May, a druggist of Ampthill.

1843 May left and was replaced by Stafford's younger brother, George.

1857 George Allen terminated the partnership and returned to Ampthill to operate an extracts manufacturing business under the name George Allen and Co (of Ampthill).

1899 The firm was incorporated and erected a factory at Long Melford.

1902 The Ampthill premises were sold and the plant was moved to Long Melford,

1966 Amalgamated with W. J. Bush and Co. Ltd and A. Boake, Roberts and Co. Ltd to form Bush Boake Allen.