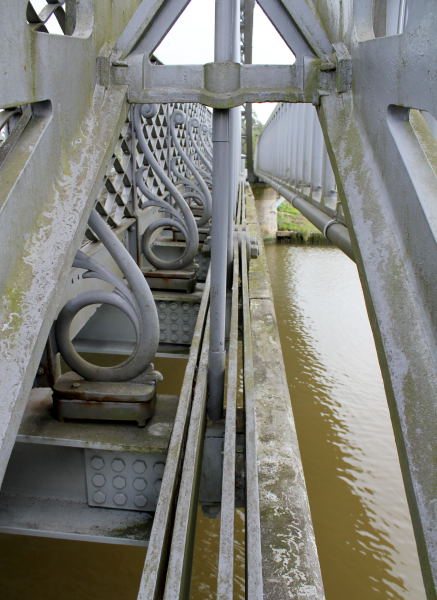 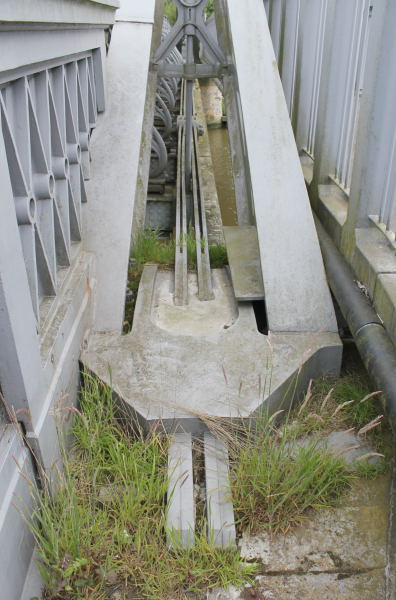 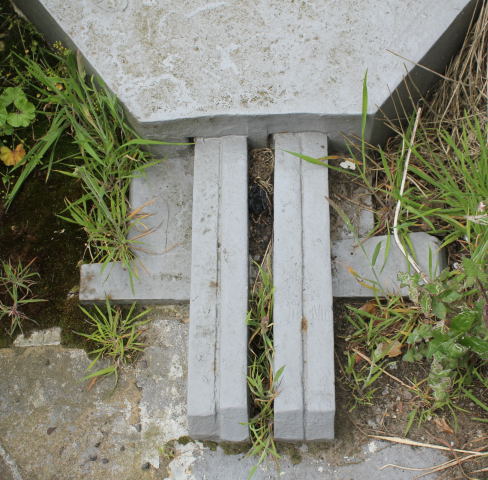 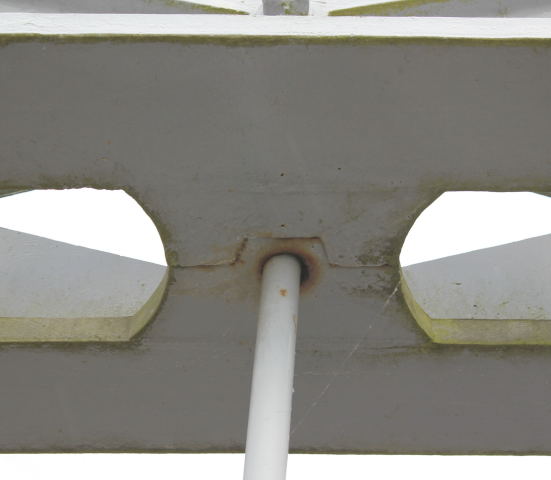 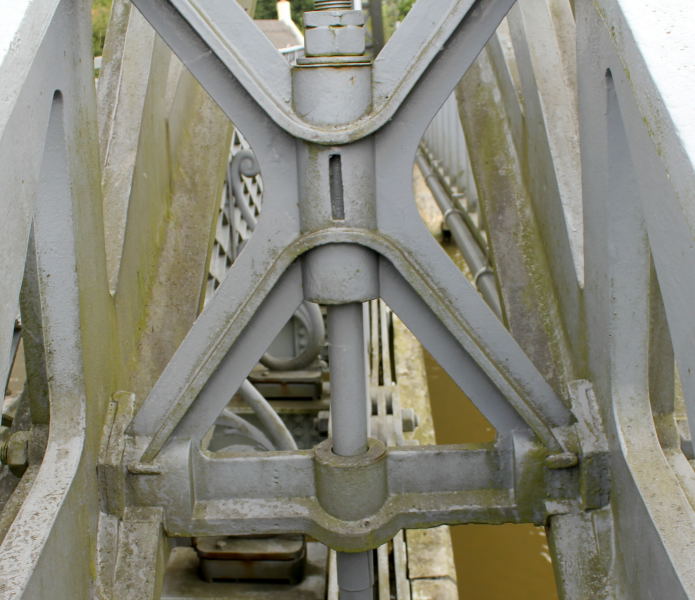 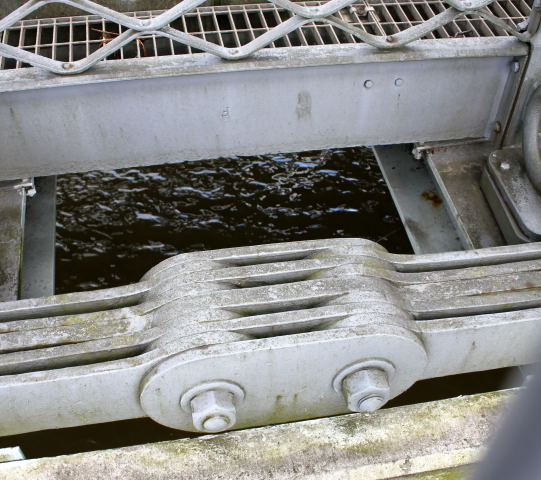 St. Olave's or St. Olaves bridge is a road bridge crossing the River Waveney near Haddiscoe.

Built in 1847-8, it is a rare and early example of cast iron bowstring bridge.

The cast iron deck was replaced with steel in 1920, and replaced again in 1959. The hangers were replaced in high tensile steel[1]

Photos 5, 6 & 7 show how the chain is secured and tensioned against the ends of pairs of arched girders.

Each arch is cast in two halves, bolted together at the crown as seen in Photos 8 & 9.

Photos 11-14 (14 in particular) indicate the effort that went into uniting the hanger supports and the arches. Note that the arches lean in towards each other. The small horizontal rectangular bar seen in the photos is a tapered cotter used to secure the end of the threaded stud. In 12 & 13 the rectangular slot at the centre of the X-shaped casting was presumably for taper cotters to tension the hangers (hangers are now threaded and tensioned by nuts).