Grace's Guide is the leading source of historical information on industry and manufacturing in Britain. This web publication contains 142,961 pages of information and 228,875 images on early companies, their products and the people who designed and built them.

1. A view from the Gorbals. 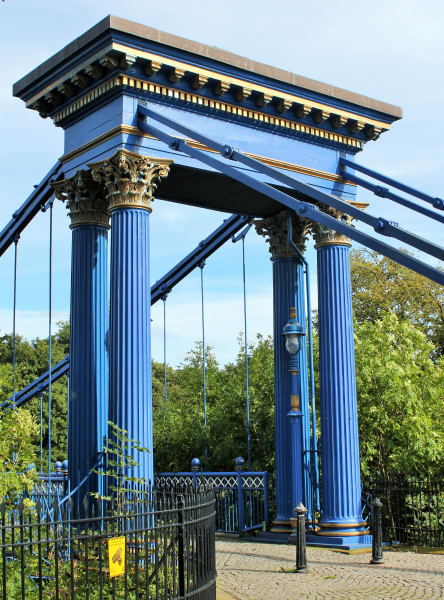 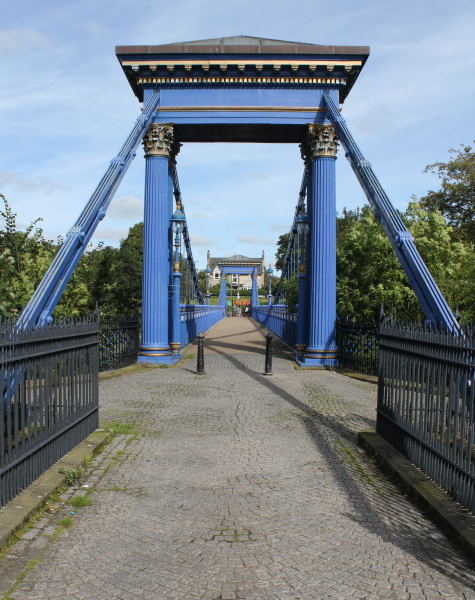 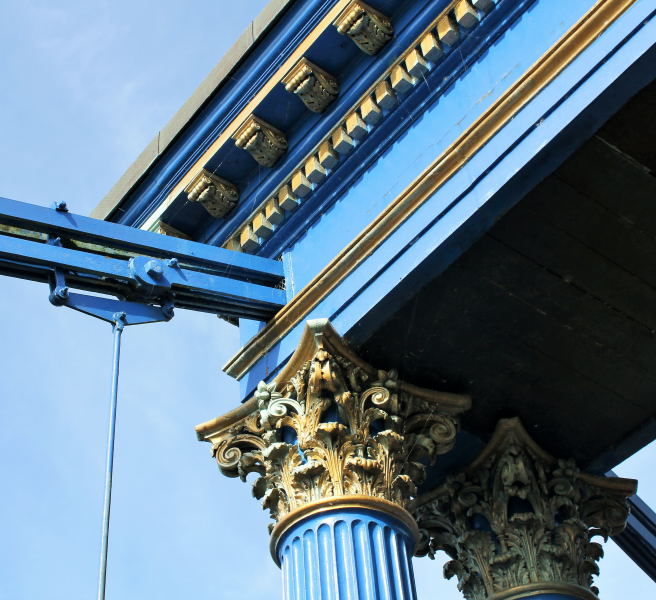 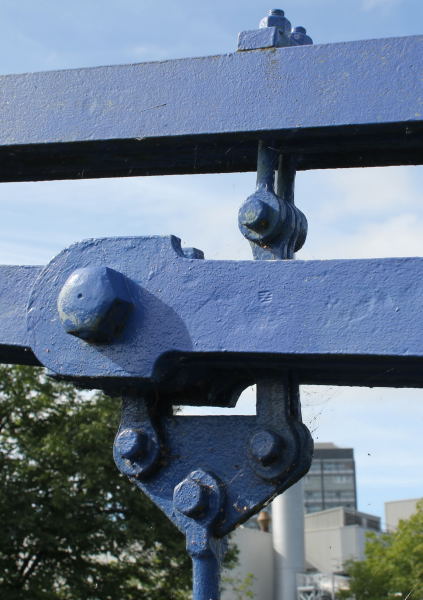 1855 'The new suspension bridge the Green was formally opened on Friday, at eleven o’clock forenoon. There was a large number of spectators present on both sides of the river to witness the event ; ..... ...A company of about eighty police constables, under Captain Smart, than marched over the bridge, two deep; and the steady tramp of the men most effectually tested the stability of the work — the bridge slightly undulating to the tread, but showing no signs whatever of oscillation. The bridge is certainly a very light, beautiful structure, and will look all the more so when painted a light colour, which is intended to be done. The lightness is greatly caused by the iron pillars at the piers. These pillars are of the Corinthian order of architecture, and rise from the piers to a height of 23 feet. The height of the roadway above the water is about 20 feet. The cast iron pillars and pediment, &c., weigh 76 tons; and the chains, girders, rods, &c., about 40 tons. There are two chains at each side, placed vertically over each other 6 inches apart. The chains consist of flat plates, 10 feet long from the centres of the bolts, the links being formed of three and four plates alternately. These plates are 4 by 1 inch, and 4 by ¾ inch. The suspension rods are jointed to triangular pieces which are secured by straps to both chains ; and as the links of each pair of chains break joint, there is suspension rod dependent every 5 feet apart. The saddles on the entablatures of the piers each rest on twelve friction rollers ; and on the saddles are placed on edge five iron plates, to which the chains are jointed by bolts. Altogether, the bridge is creditable to Messrs. P. & W. M’Lellan, the contractor, and to Mr. Neil Robson, the engineer. - North British Mail.'[1]

For additional information and recent and historical images, see [2]

Some aspects of the design philosophy follow that of Hungerford Bridge. Specifically: the shape of the chain links, the roller-mounted saddles and their connection to the chains, and the method of sharing the suspension rod load between the upper and lower chains (which, incidentally, was criticized on the Hungerford bridge because half the hanger load was applied at the mid length of the chain links, thereby subjecting the links to bending forces in addition to direct tension). See photos 5 & 6. A major difference from the Hungerford Bridge is that the towers are made of cast iron, rather than masonry.