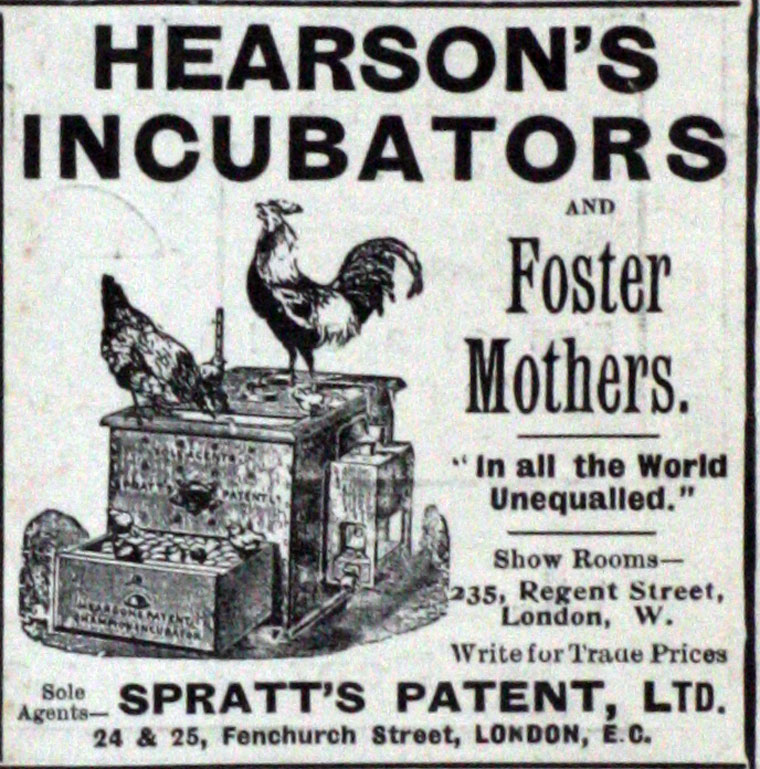 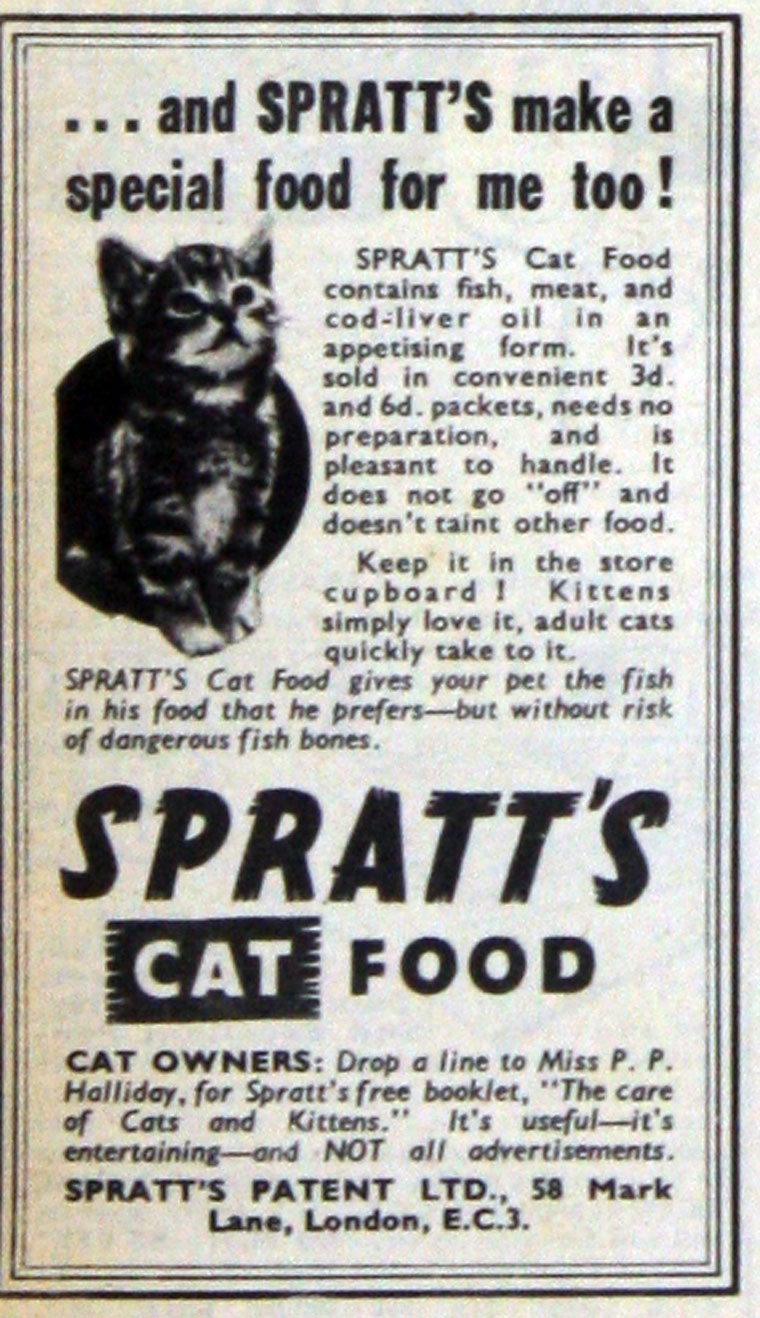 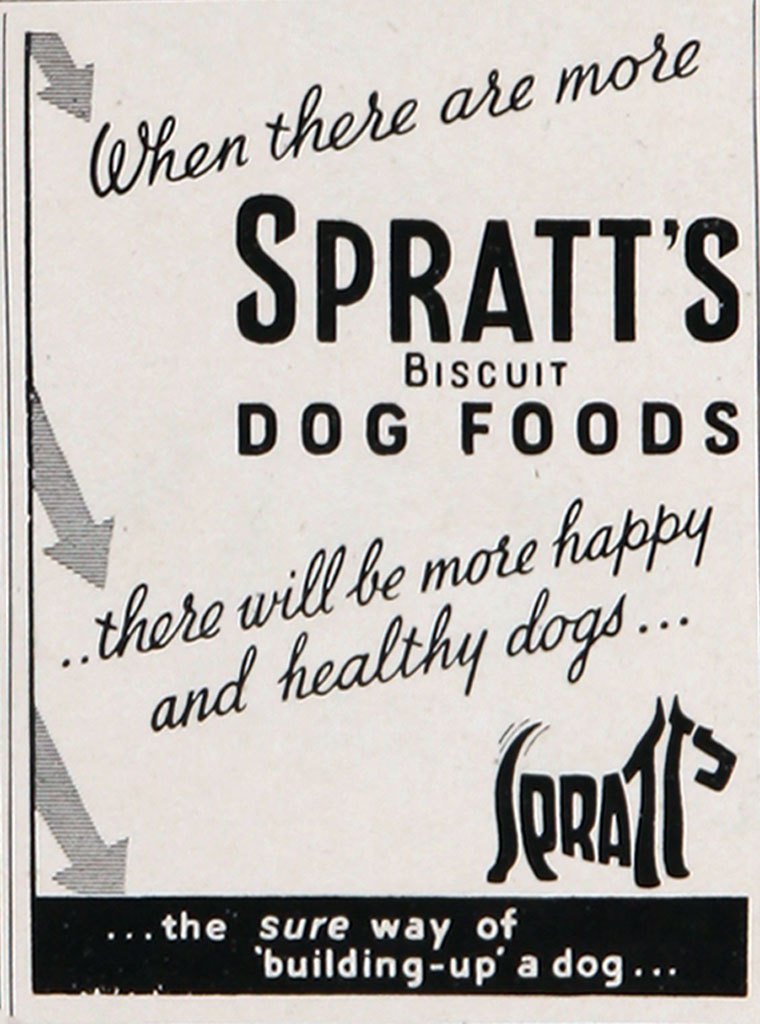 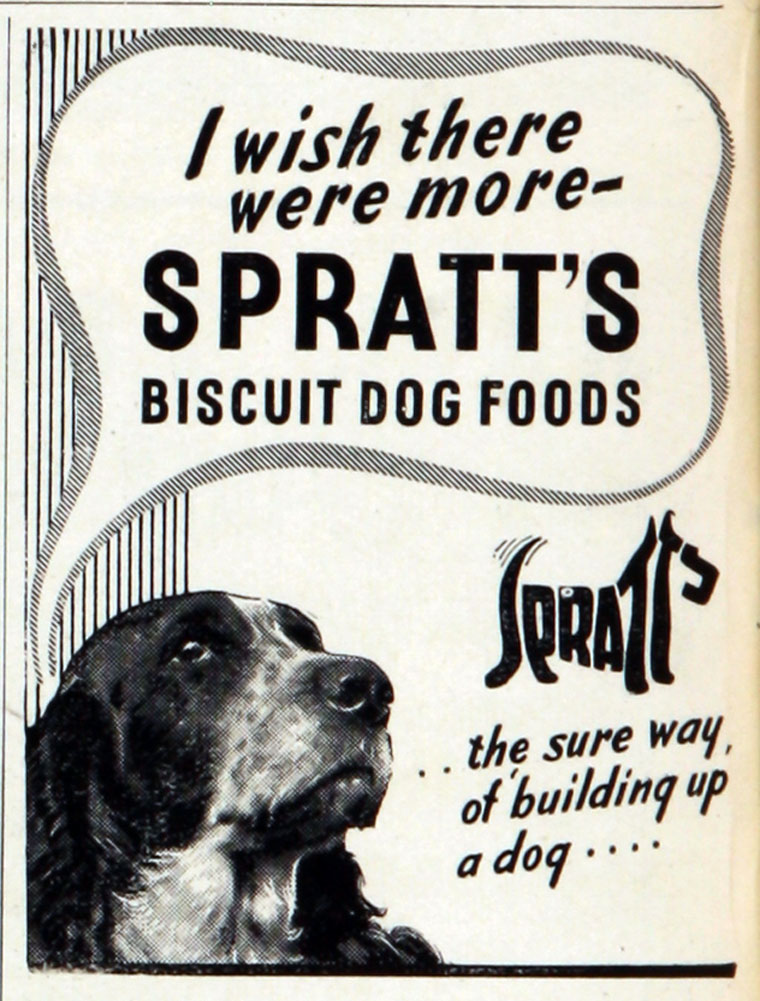 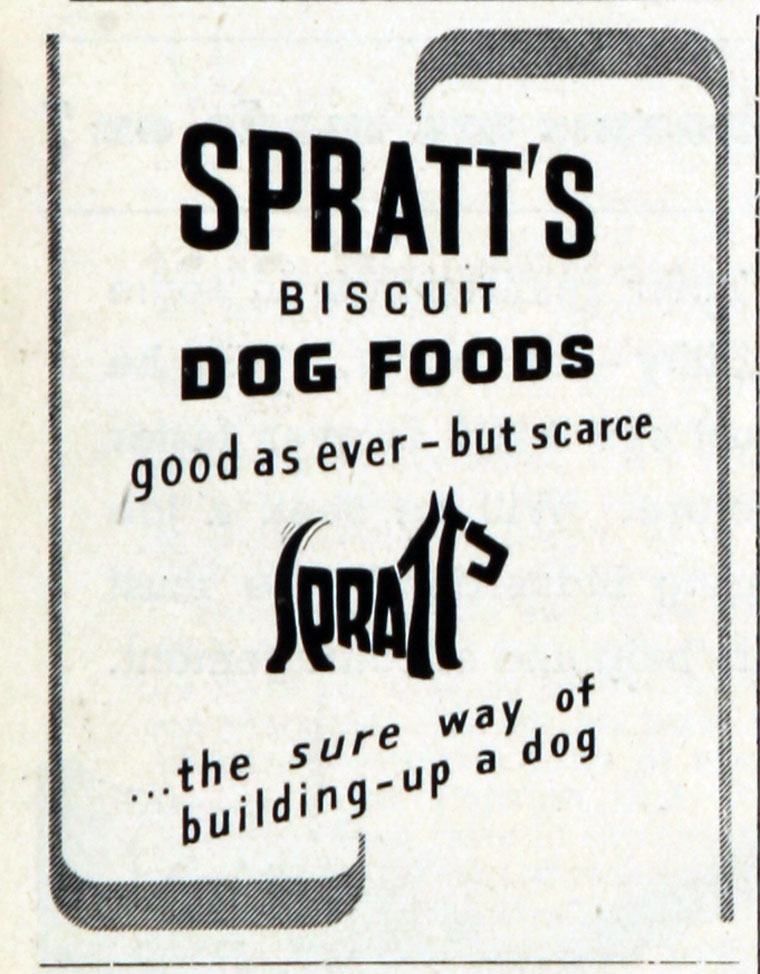 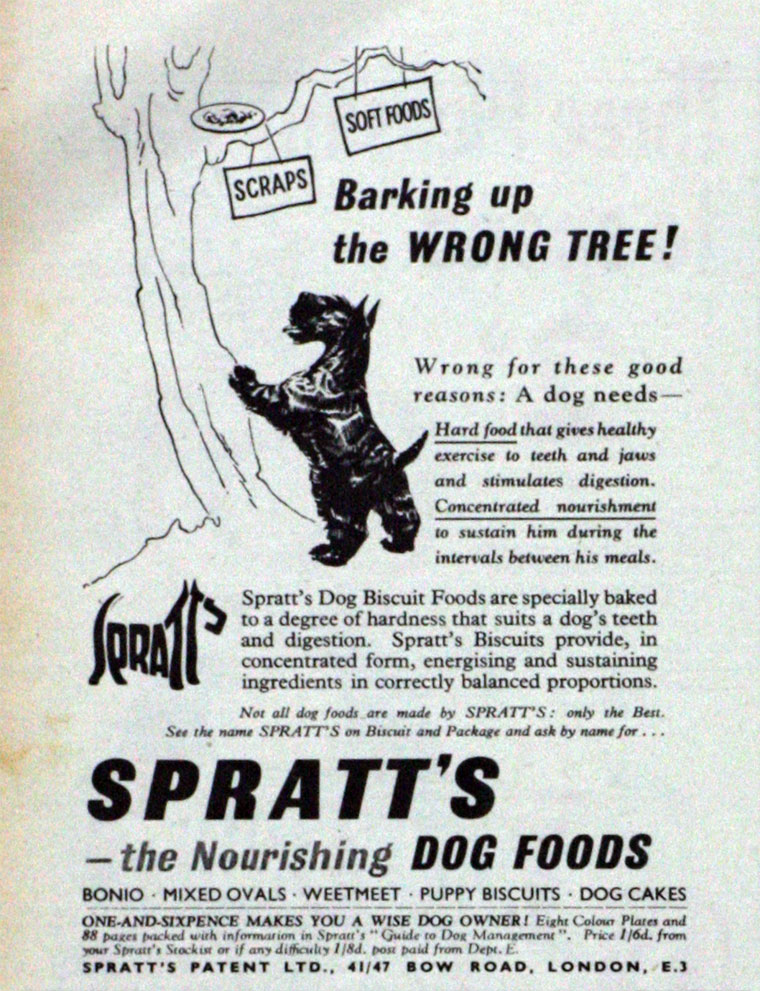 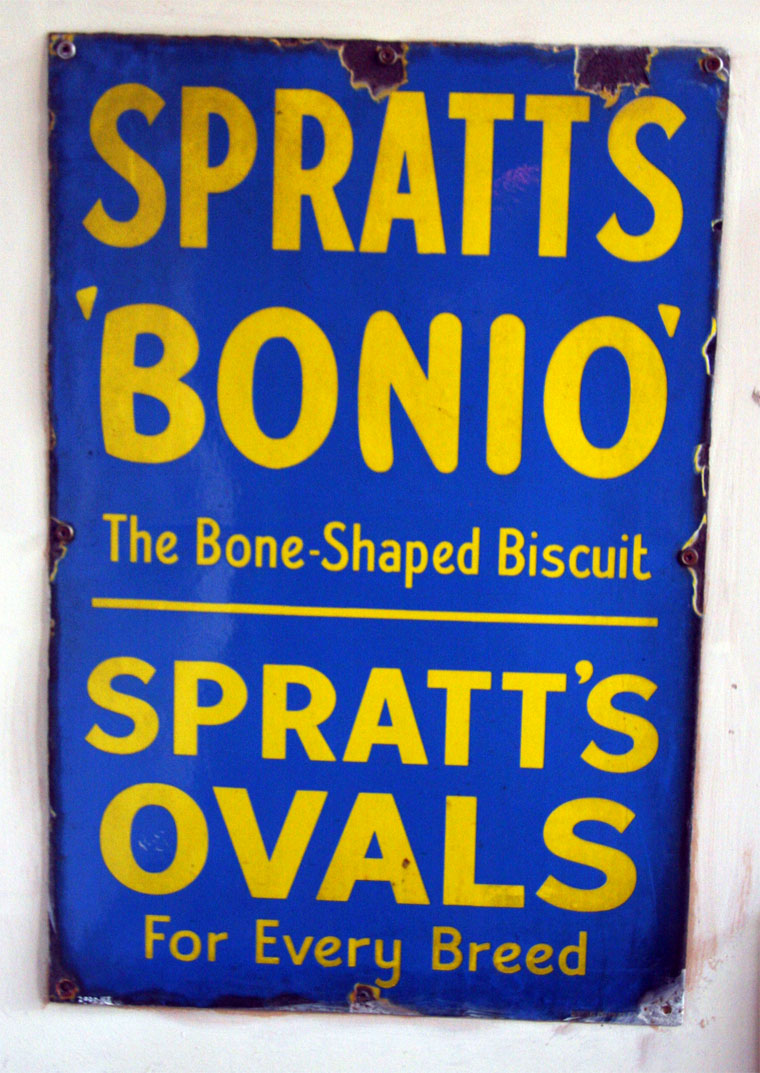 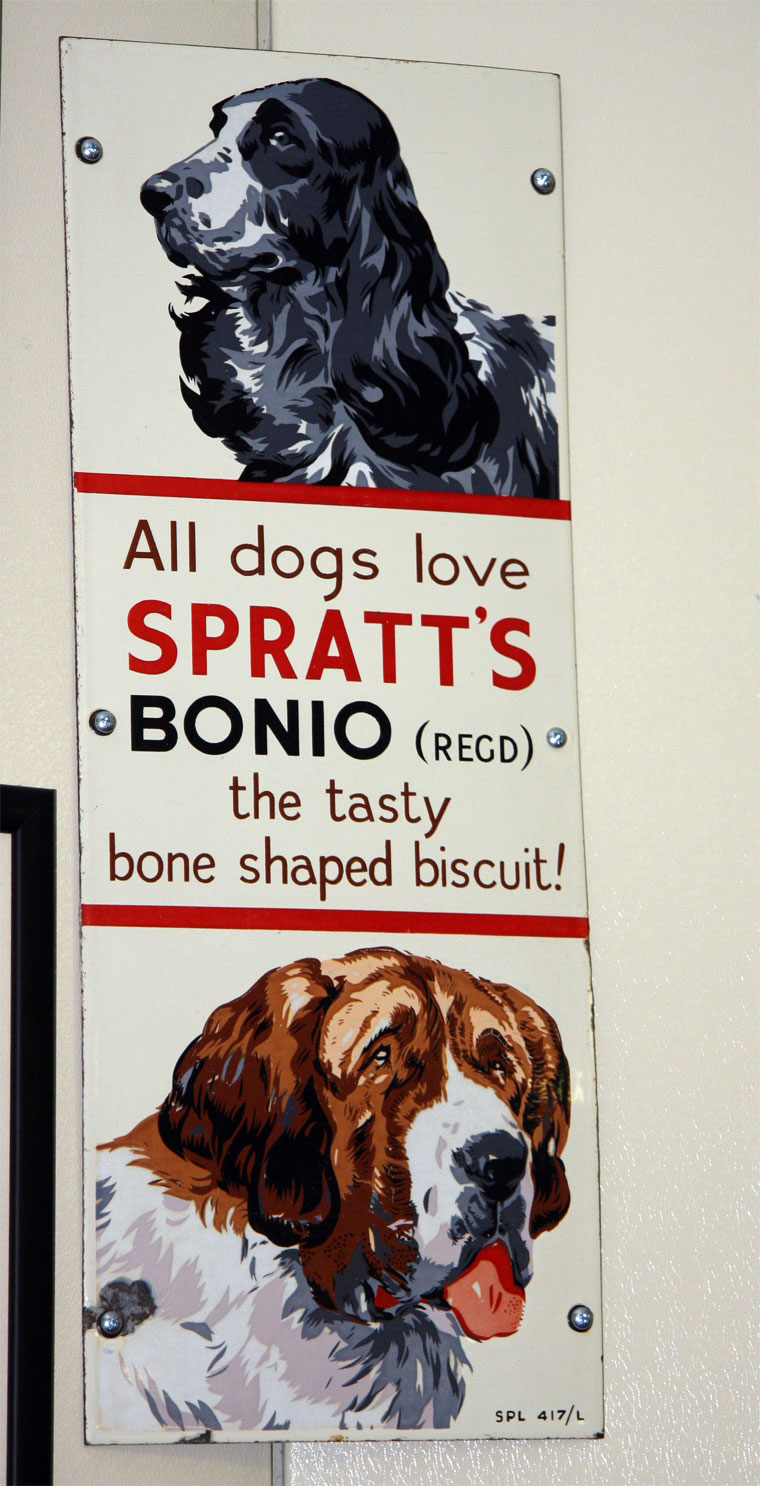 James Spratt, an American electrician, became a dog-food pioneer; he saw the chewy gristle meal that London market porters made for their dogs and realised the commercial potential for canning and baking his own versions. Brands such as Bonio resulted, and the business also diversified into food for other pets. [1]

c.1850s James Spratt set off from America to England in order to sell lightning conductors.

1861 Spratt patented his dog food. He developed the dog food after seeing stray dogs feeding off hard biscuits discarded from the ships at the docks. His dog food was made from wheat-meal mixed with rendered meat and vegetable which was then baked.

1876 Spratt's Patent Ltd. registered trademarks for dog biscuits, dog soap and other preparations for animal food. The company was based at Spratt's Patent Biscuit Works in London.

1891 Cruft set up the Crufts Dog Show in London.

1900s Spratt's dog biscuits were sold throughout Europe and the USA.

1960 Spillers acquired Spratt's Patent at a cost of £3.94m. Spratts was represented both in flour-based pet foods and in canned pet foods. Its assets included a factory at Aintree for biscuit production, a factory at Wisbech for canning, and a dog meal factory in East London operated by W. G. Clarke and Sons, a subsidiary of Spratt's. The acquisition enabled Spillers to increase its range of dry dog foods and to gain a foothold in the canned section of the pet foods market.

1972 the name of Spratt's Patent (Holdings) Ltd was changed to Spillers Foods Ltd and took over the management of all the trading operations of the Grocery Division of Spillers Ltd.

1974 Spratt's arranged the first shipment of Cats and Dogs to Australia by container ship in 1974. There were at that time 28 dogs and 6 cats on the ACT VI which sailed from Liverpool.

The following is a memoir written by Chris Norman, who worked for Spratts Patent Ltd. from 1972

"The company I worked for from 1972 was Spratts Patent Ltd. the company offices were based in Cambridge Road, Barking, Essex. The company had been acquired by Spillers but was still being run as a separate company. Spillers had their own pet food grocery division but this was run as a competitor to Spratts. The Spratts product range still included a lot of the original favourites including Cruckles although from memory bonio had been taken by Spillers. They also had a 'Petra, range of products which were only available to the pet trade, this was to combat the problems of supermarkets crossing over into the pet food industry and obviously because of their buying power, undercutting smaller independents on like for like products. They also launched a ' Big Value' range of pet foods to compete at the lower end of the market, interestingly enough to compete with Spillers budget range of 'Bonus' dog food. I didn't understand this concept originally but began to realise that competition for shelf space was critical and by running two companies side by side you could gain double this shelf space. The area I covered for the company at the tender age of nineteen was the South East of England from Norwich South to the Thames, including North London, and my accounts ranged from small independent pet shop owners through to wholesalers and the head buyer of Tesco based at Selinas Lane, Dagenham..."

2008 The Spratt's brand has been discontinued.