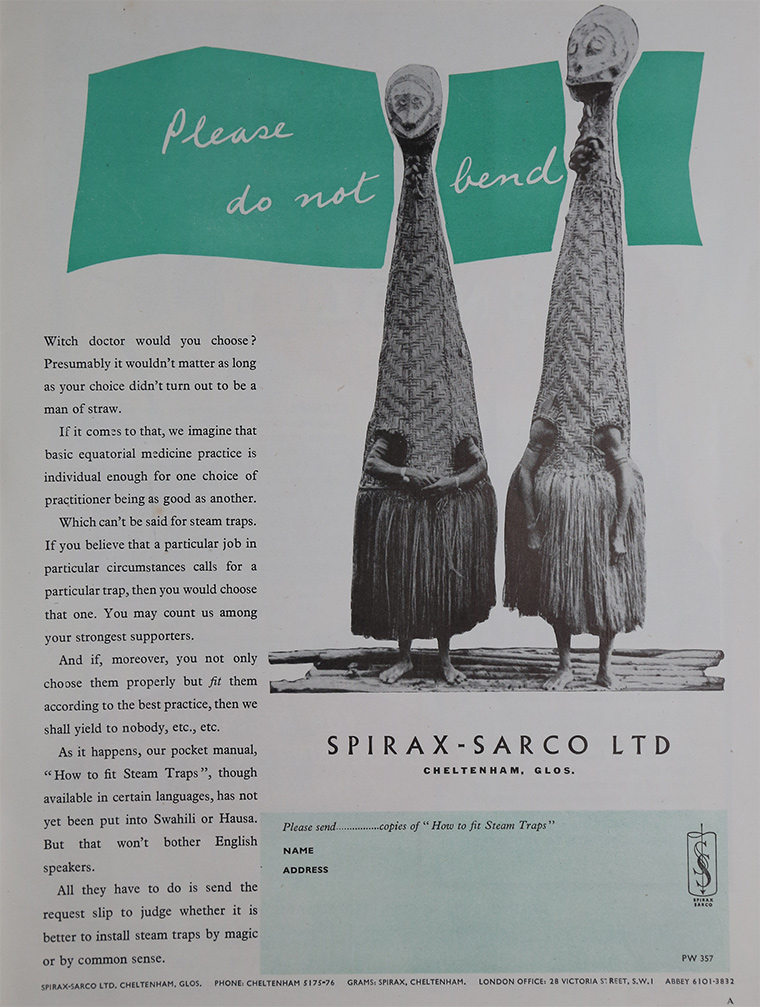 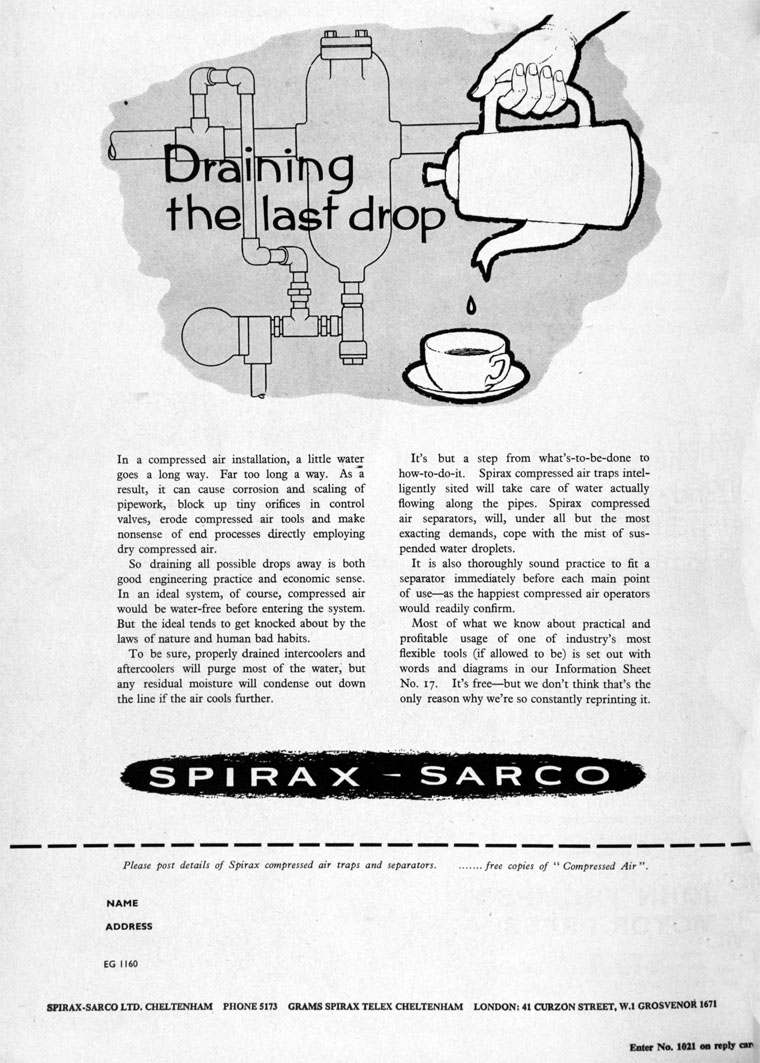 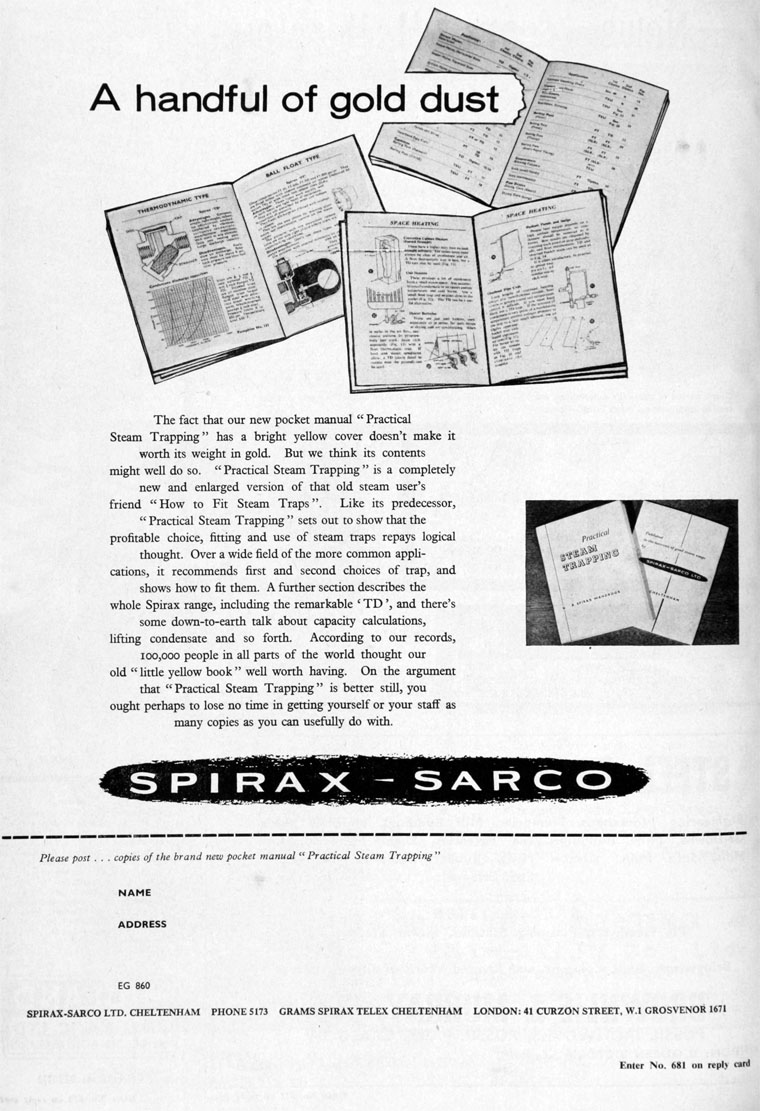 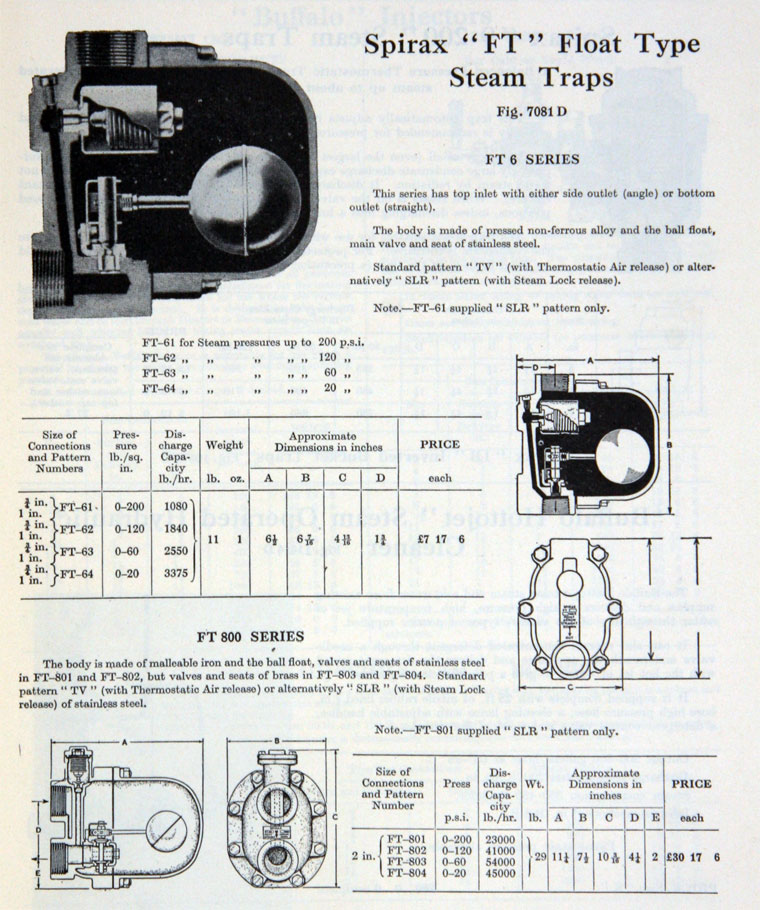 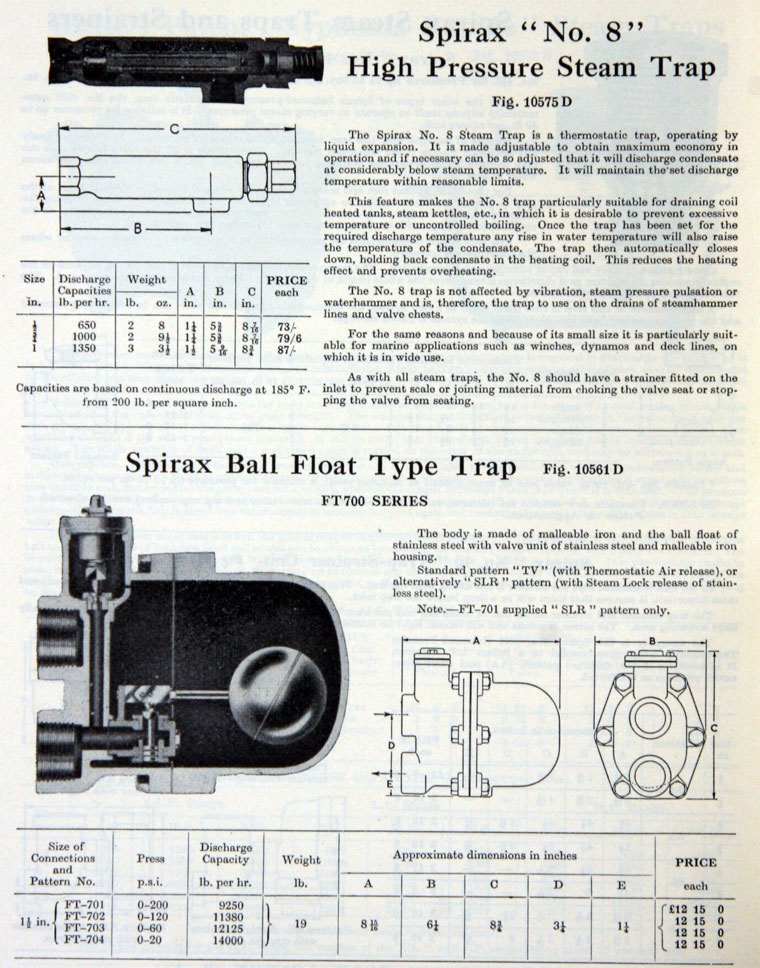 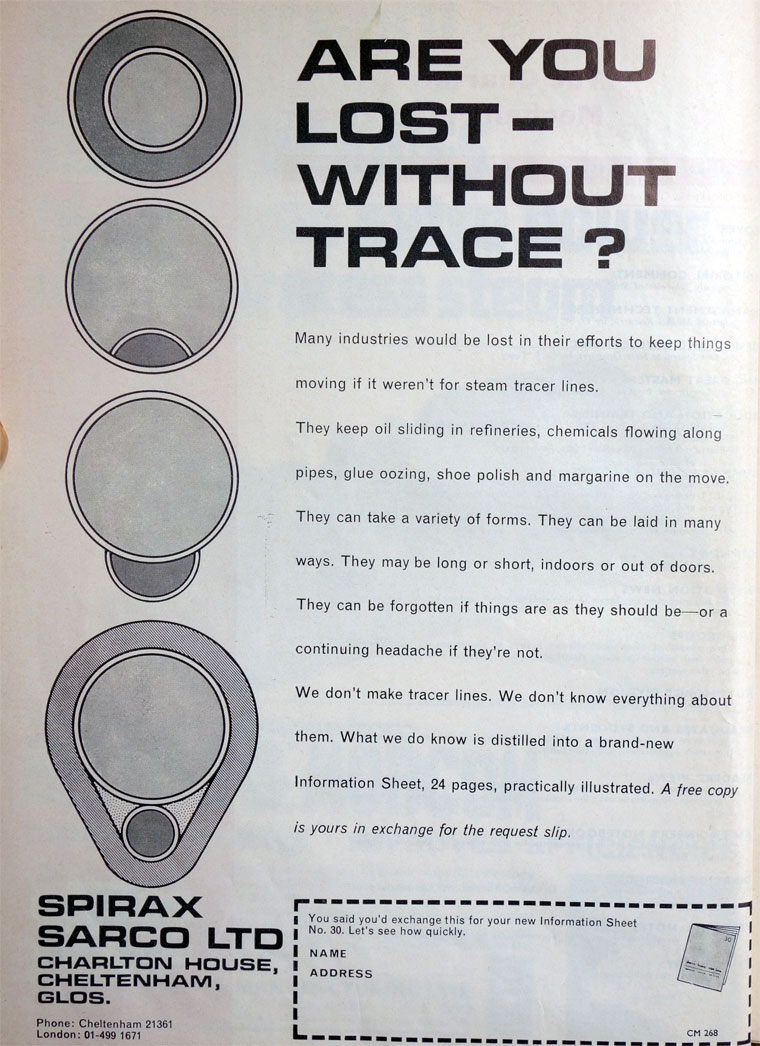 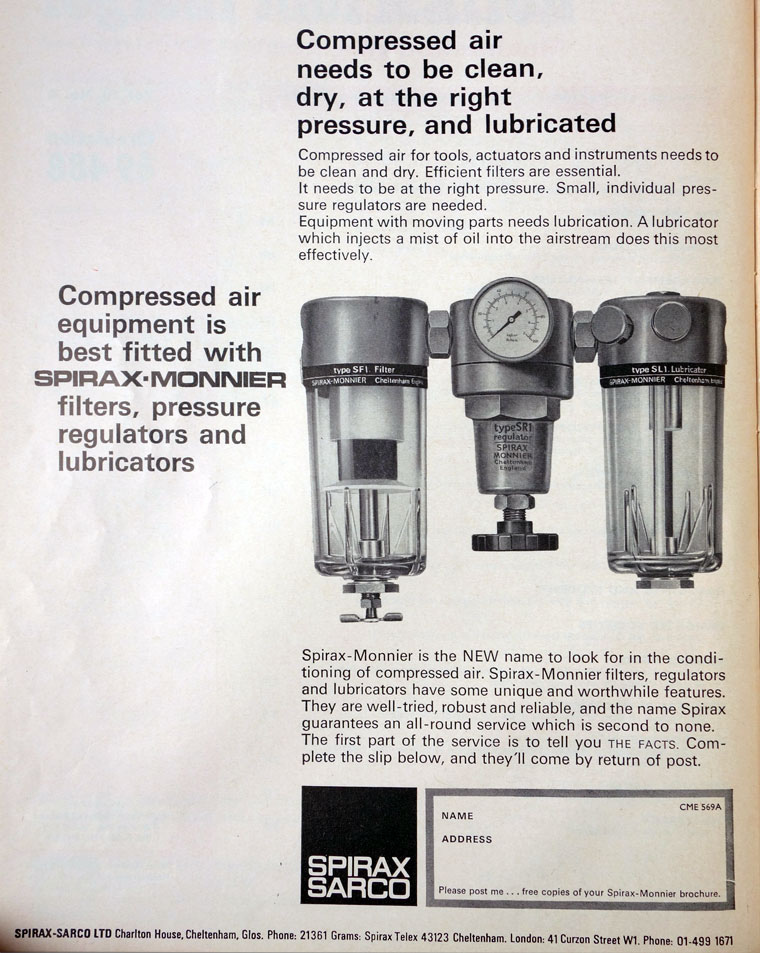 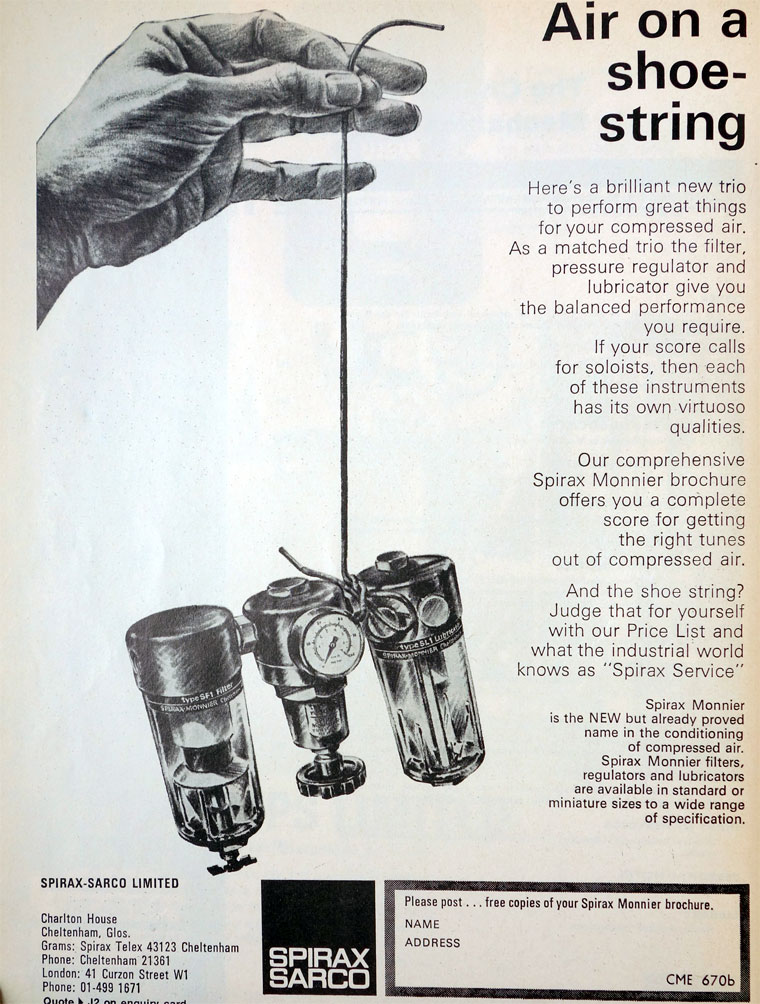 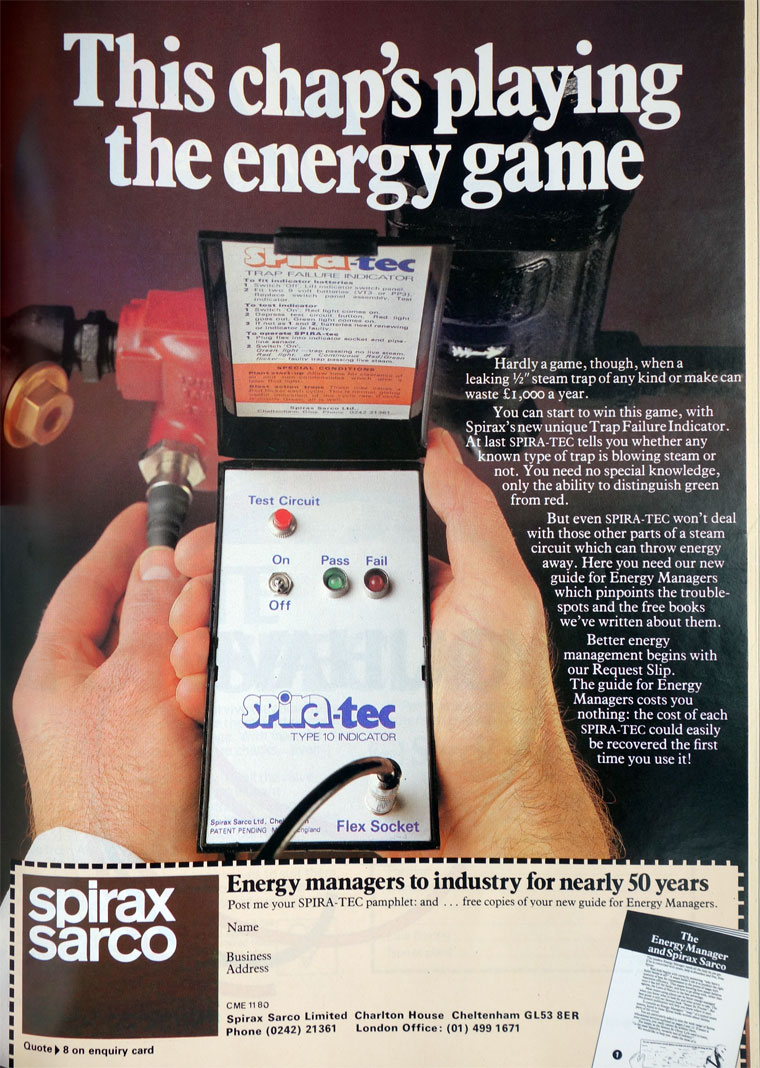 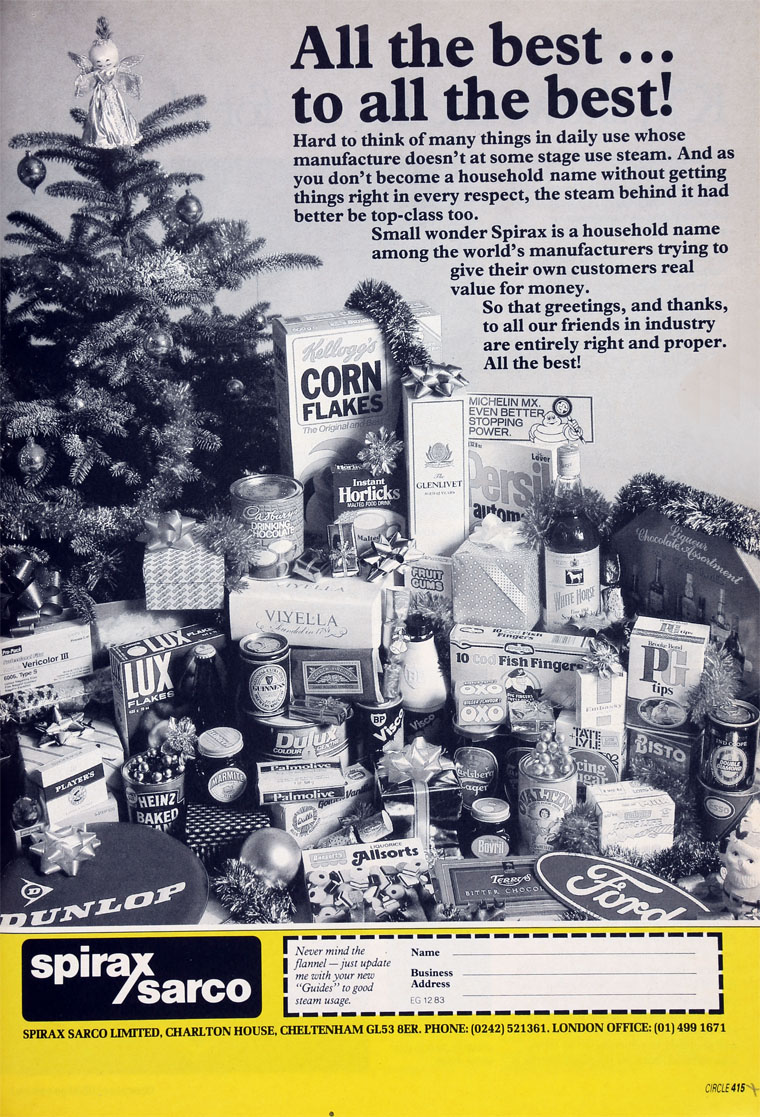 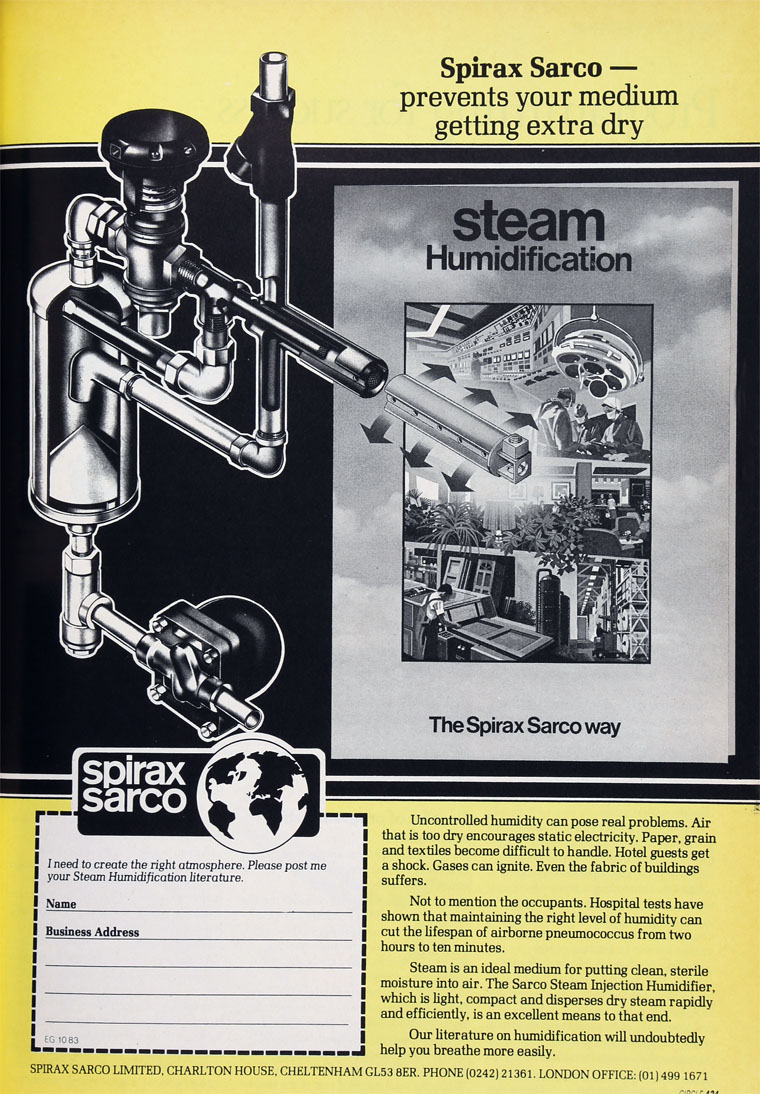 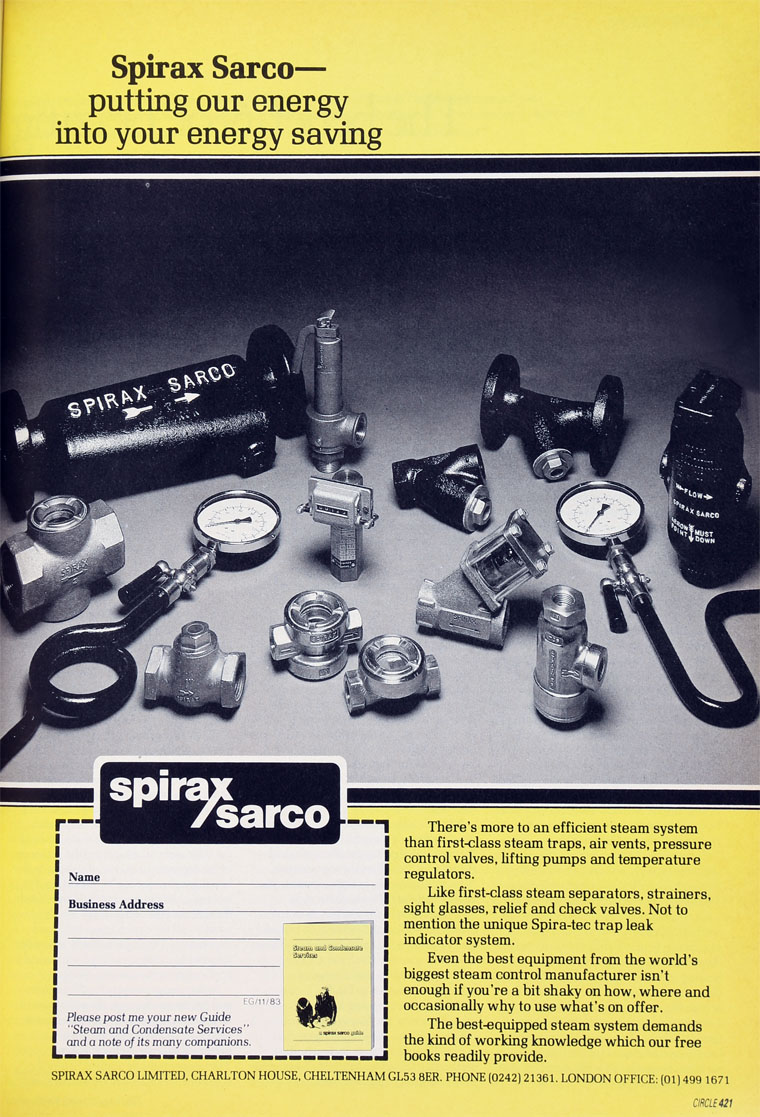 1888 The Company was founded as Sanders, Rehders and Co in London importing Sarco thermostatic steam traps from Germany.

1908 established an office in New York, began trading as the Sarco Fuel Saving and Engineering Company.

1935 Sarco set up its own factory in Pennsylvania, and the company became known as the Sarco Manufacturing Corporation. Sarco-branded steam traps and apparatus were exported to Europe; Sanders, Rehders & Co. had become a selling agent for Sarco products and changed its name to Sarco Thermostats

1937 Spirax Manufacturing Co., after acquiring Sarco Thermostats, moved to Cheltenham. The acquisition gave Spirax the right to use the Sarco brand name as well.

1940s Spirax was granted rights to trade Sarco products in the United Kingdom (excepting Canada), Ireland, Denmark, Holland, Portugal, Sweden, and Norway, while the U.S.-based Sarco retained the rest of the world's markets.

Early 1950s: Sarco International Corporation of New York, or Sinco, was formed, which retained the rights to produce Sarco products within North America and also acquired the Sarco steam trap rights outside North America, France, Belgium and the countries in which Spirax traded.

1952 Spirax purchased sole rights to Sarco products in the U.K.

1957 Spirax-Sarco Ltd. took over Sinco, gaining worldwide rights to the Sarco steam trap brand, other than in the United States and Canada. These remaining rights were subsequently purchased in 1983.

1960 Introduced a range of self-acting pressure controls for the first time.

1982 Re-registered as a public company Spirax-Sarco.

1982 Turnover was over £43 million; 2,250 staff employed. Specialists in fluid control equipment. In twelve years grew from 8 overseas subsidiaries to 25.[2]