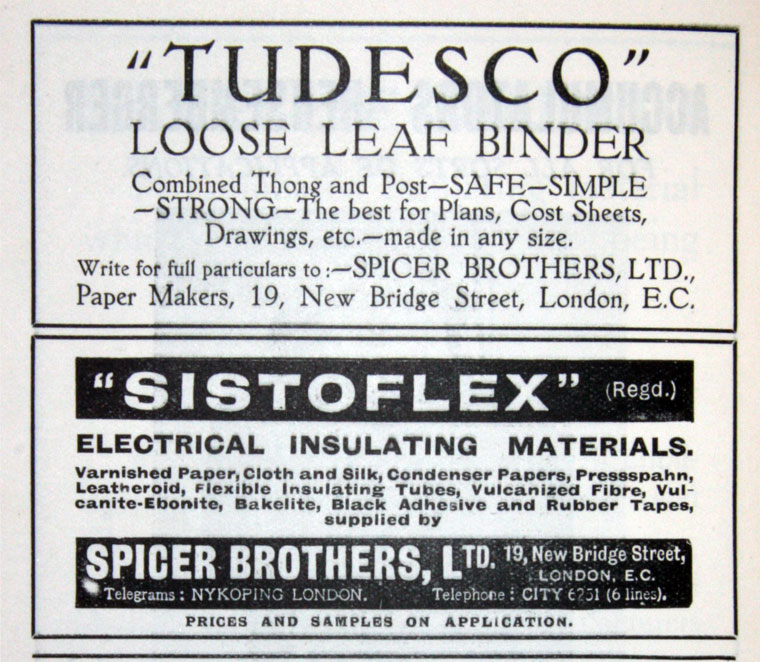 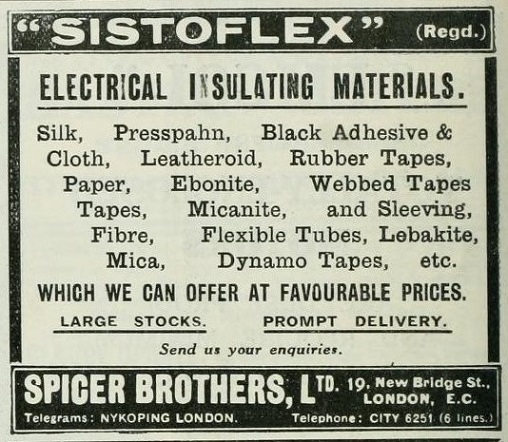 1823 John Edward Spicer (presumably) set up business in London. He had 3 sons - one of whom was James.

1847 Albert Spicer was born on 16 March at Clapham, Surrey, the second of four sons and sixth of ten children of James Spicer (1807–1888), a wholesale stationer of Woodford Green, Essex, and his wife, Louisa. Albert was educated at Mill Hill School and was then sent to Heidelberg where he learned to speak German fluently.

1889 The company was registered on 15 November, to take over the business of the firm of the same name, paper makers, wholesale stationers and paper merchants. [1]

1922 The two Spicer firms, James Spicer and Sons and Spicer Brothers, merged to form Spicers Ltd with an authorized and issued capital of £1.15 million. It owned Eynsford Mills in Kent and the Sawston Mills, Cambridgeshire; two factories in Southwark; and a new factory at Brimsdown, Middlesex.