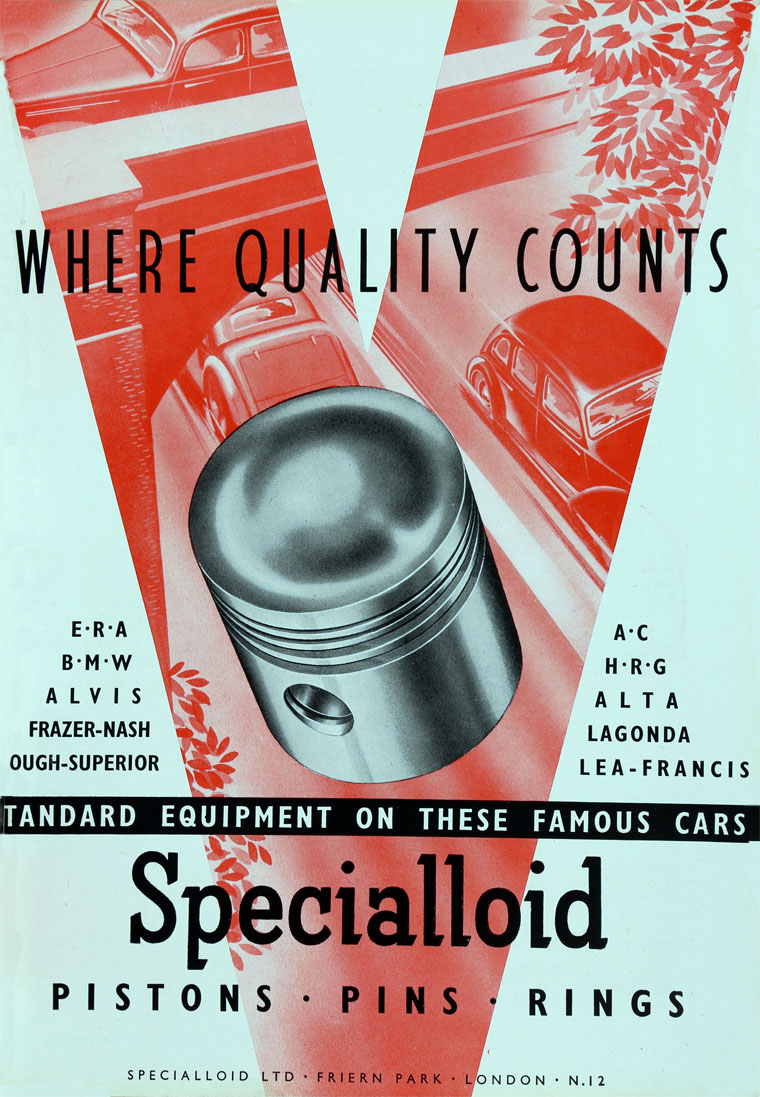 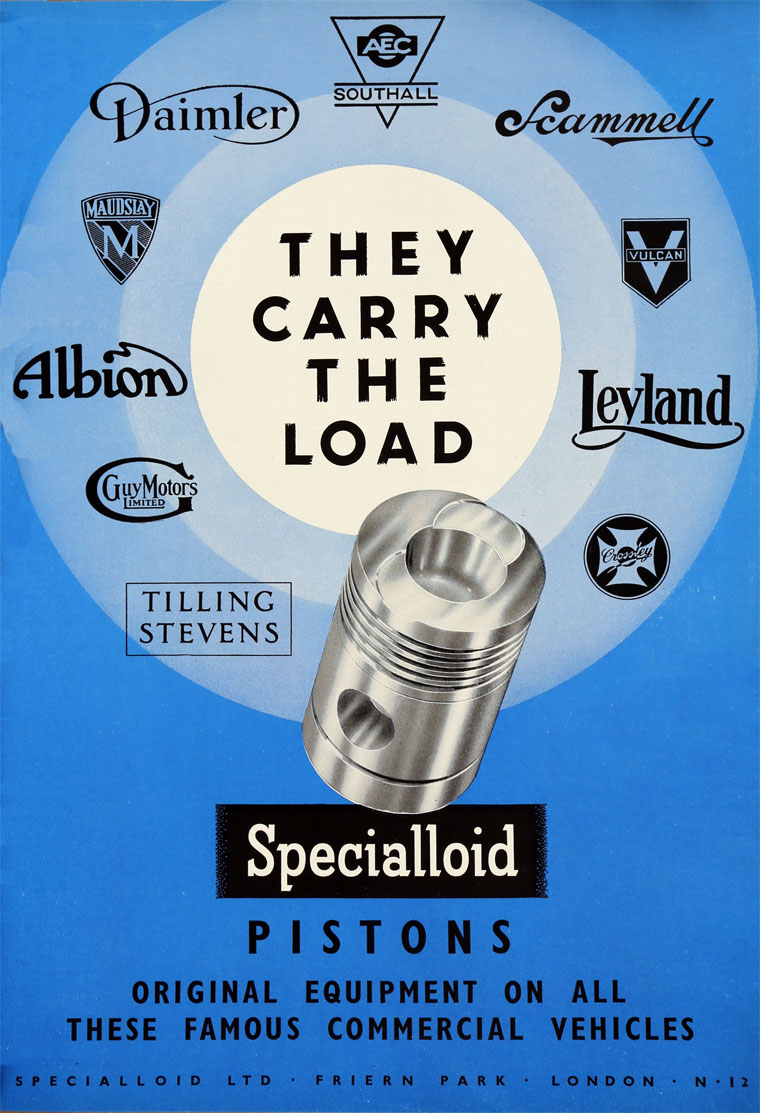 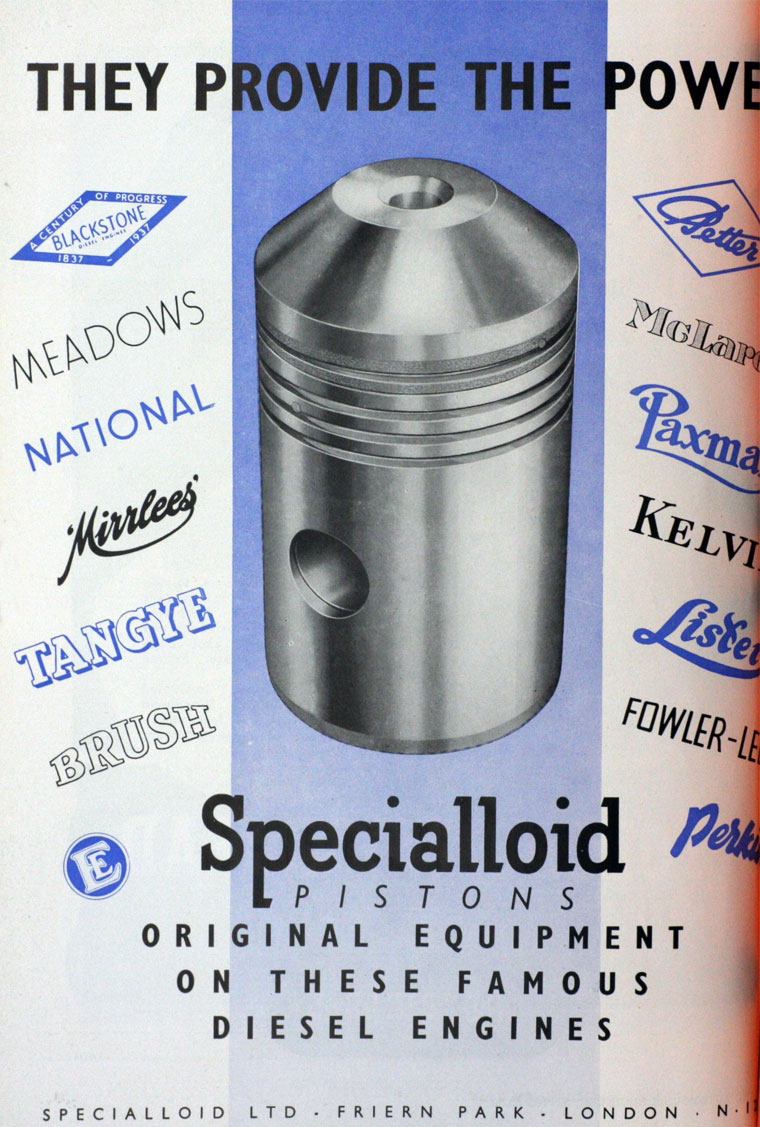 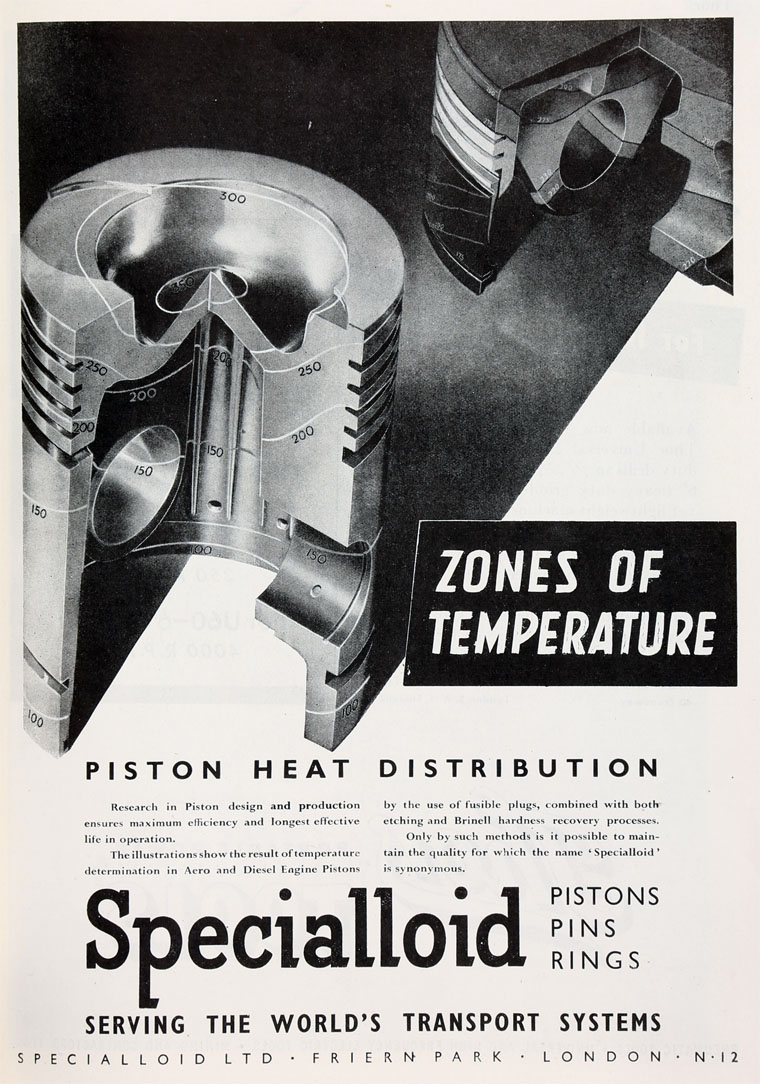 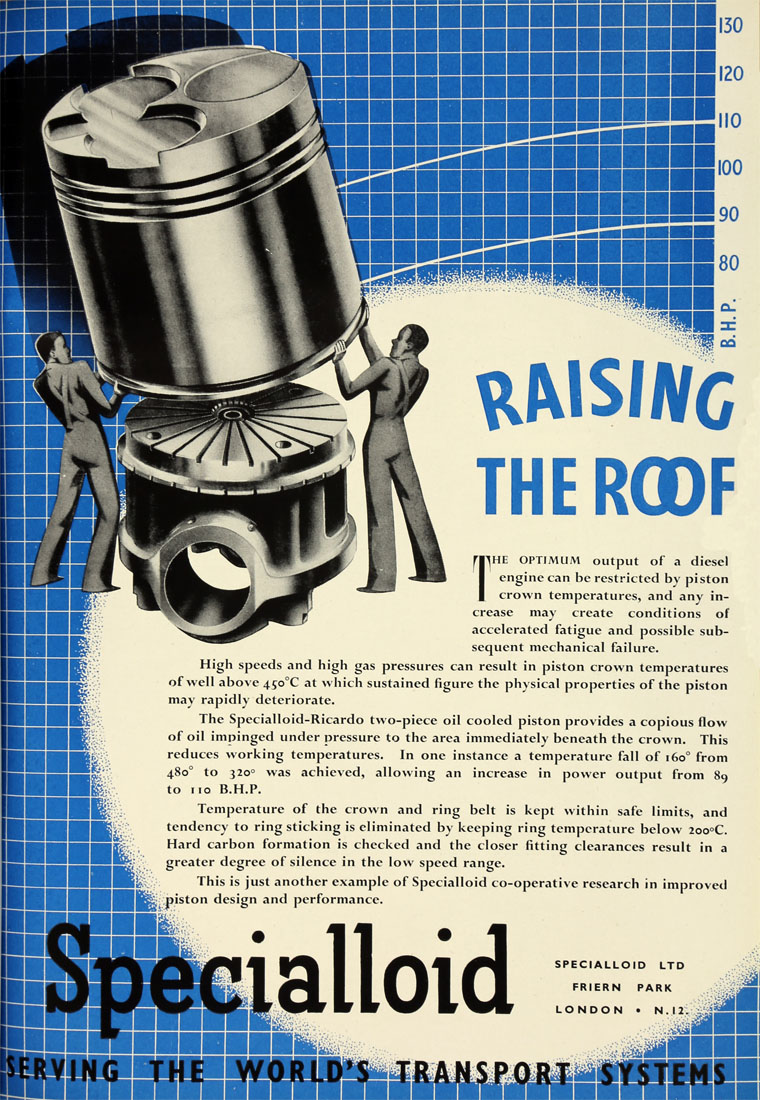 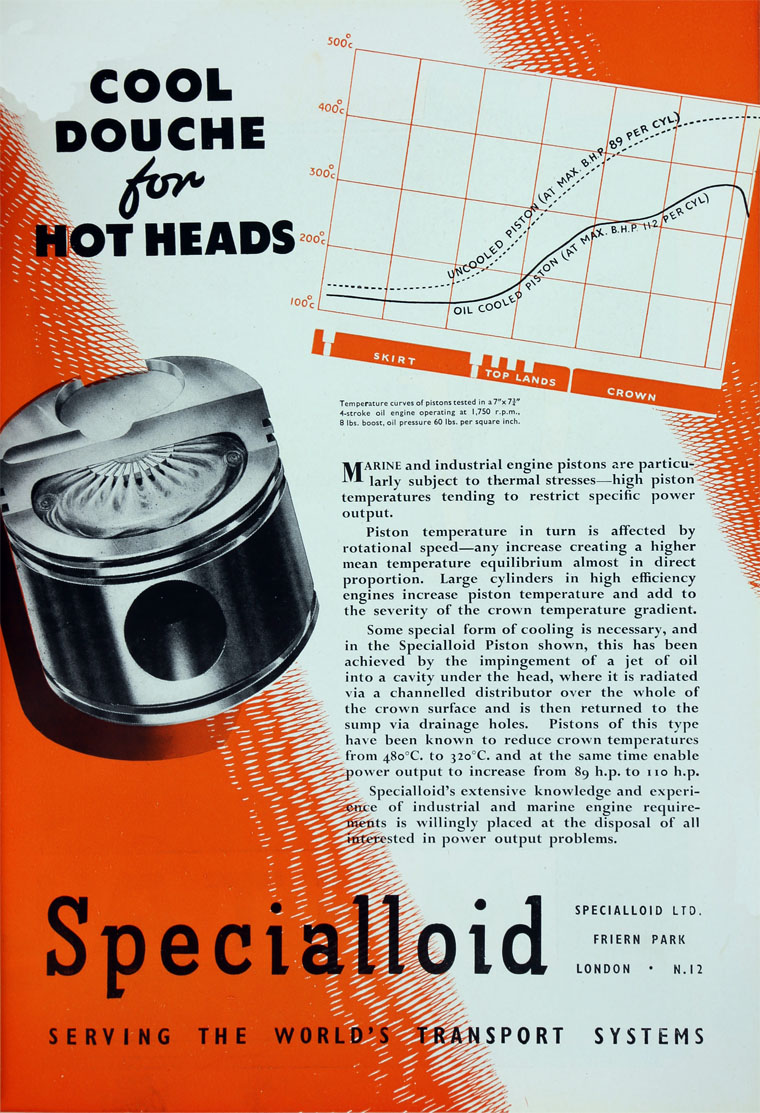 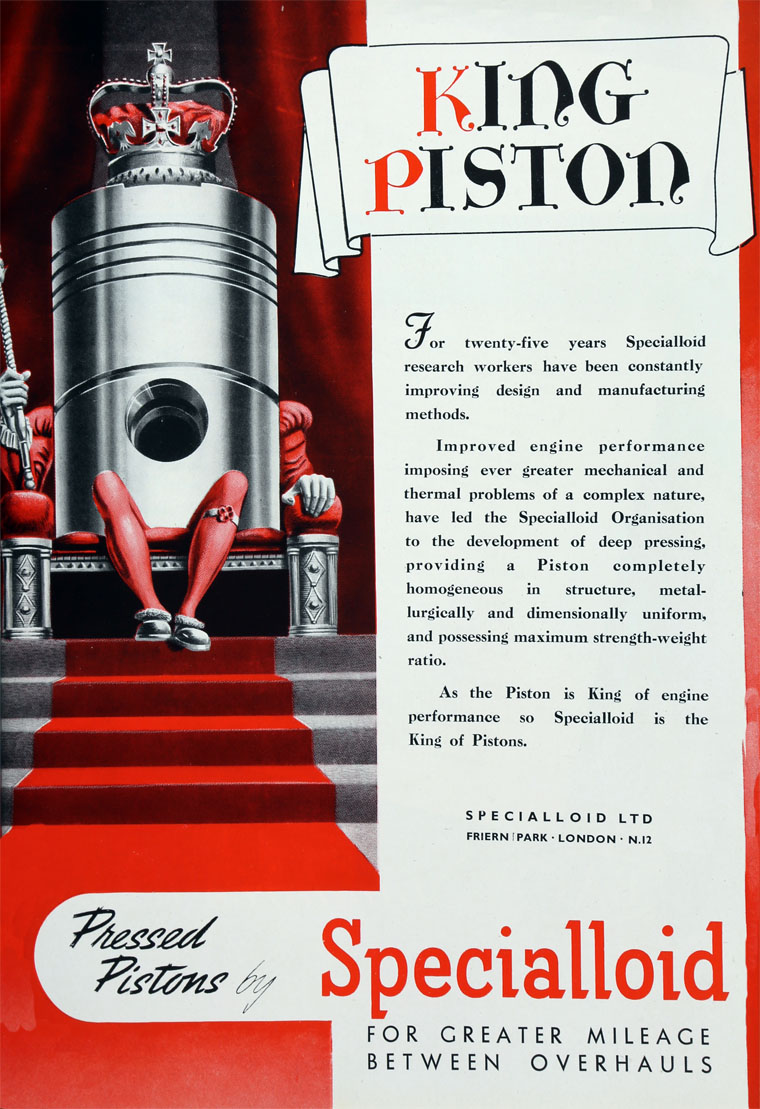 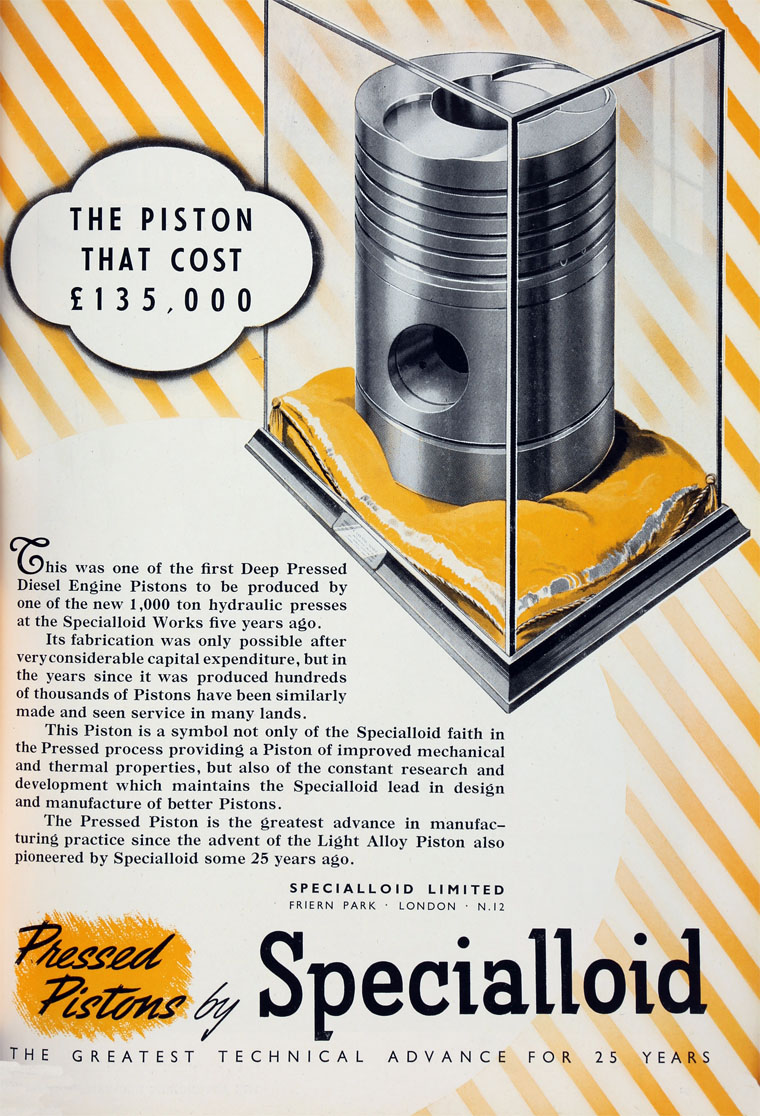 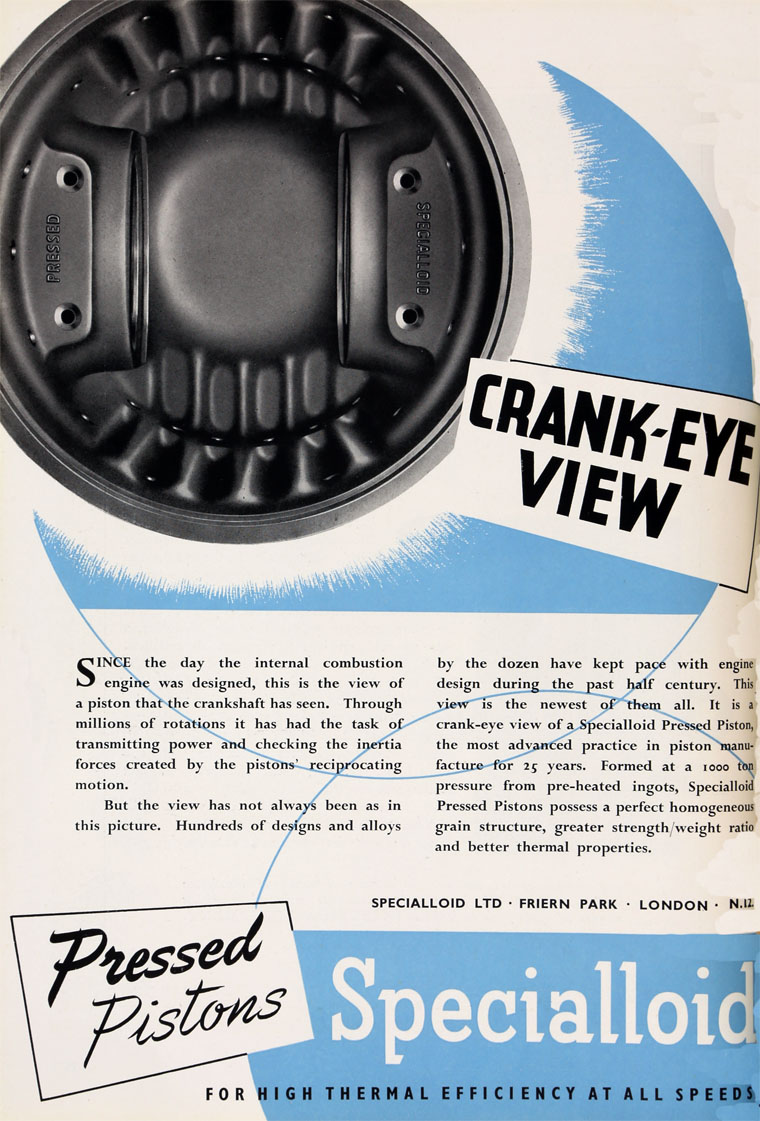 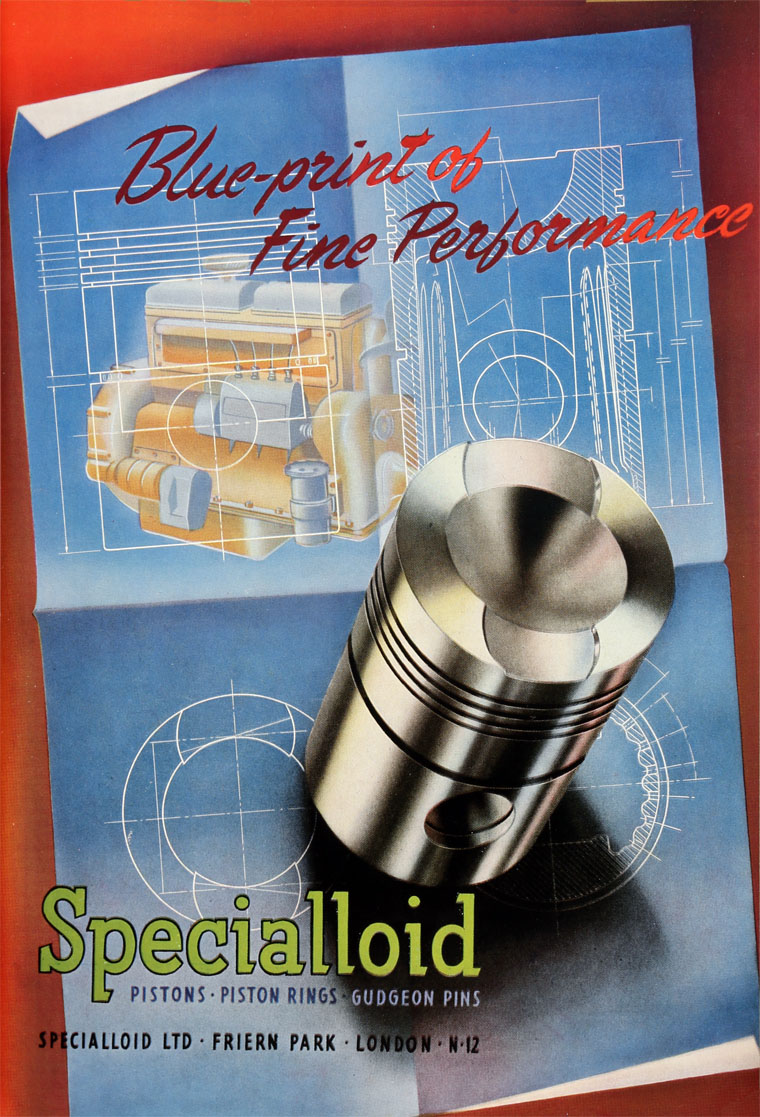 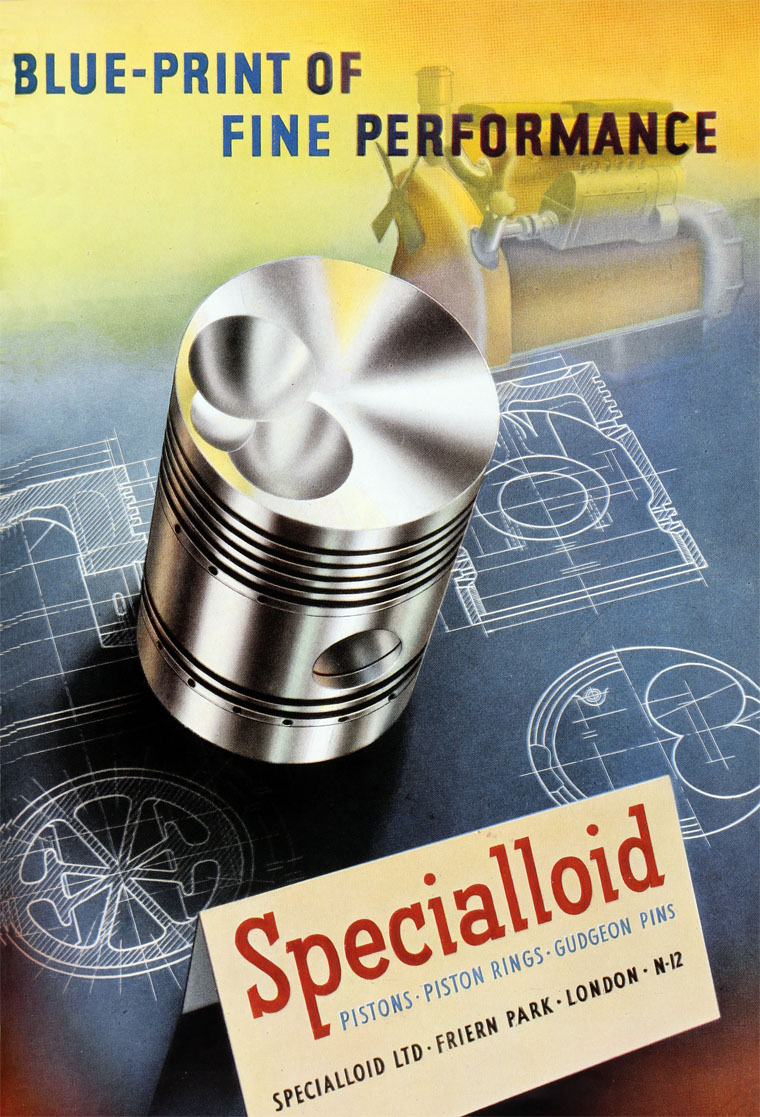 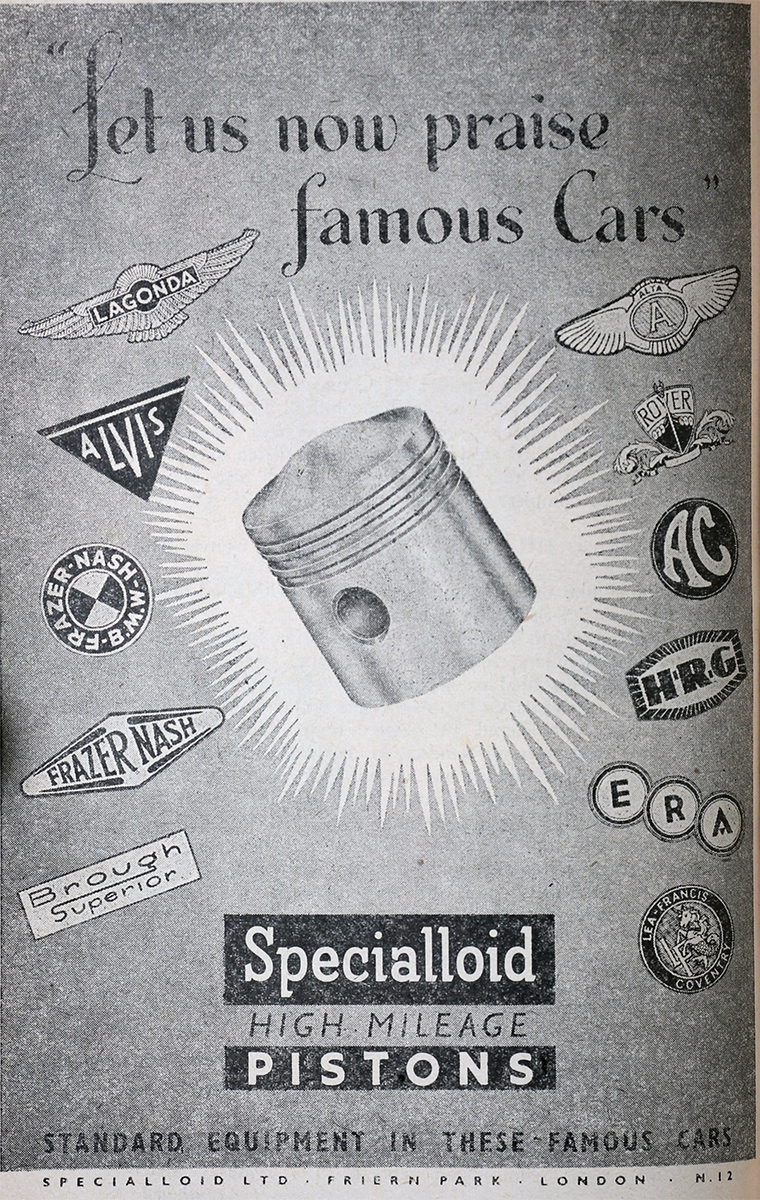 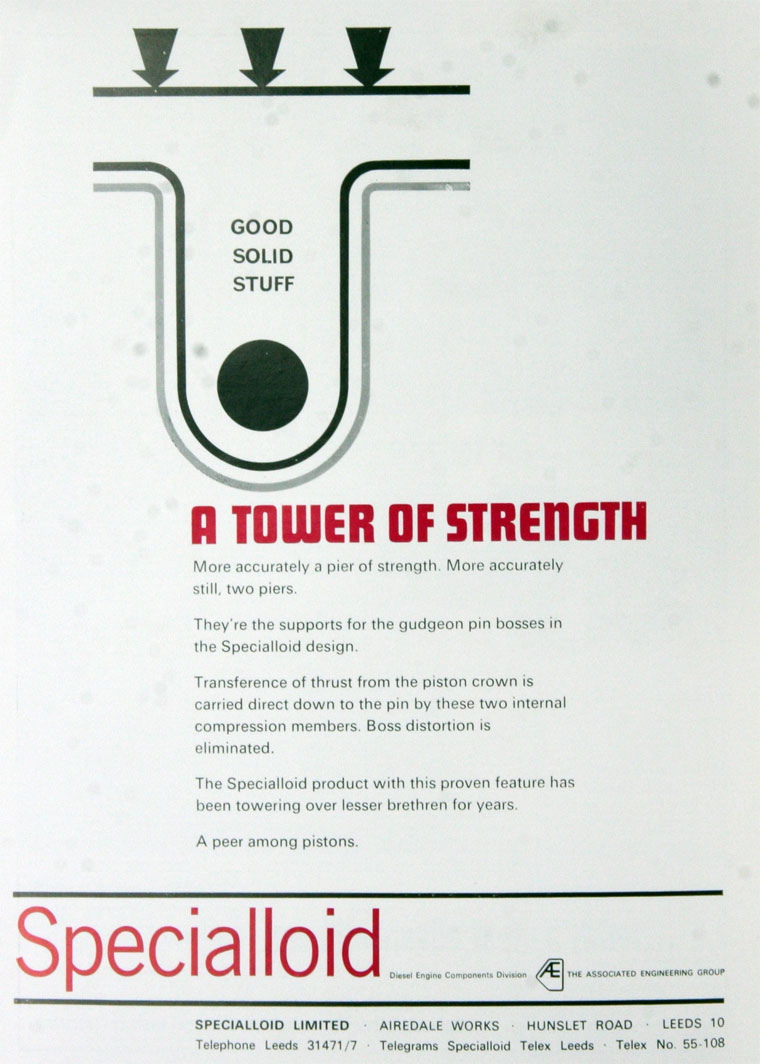 1967 Associated Engineering acquired the shares it did not already own.[5]

"I worked there in about 1966/7 on the rough turning line making mainly pistons for Vauxhall and Rootes. Next line made various including a batch for Matchless G50 racers. Another made big flat pistons for water mills. The place was bright and friendly rather than grim Victorian like all other factories on that road.

Showroom window on street had huge ship engine pistons. Behind my line had been installed a group of multispindle machines that theoretically could turn a complete piston from rough but it was practically impossible to get it to make two identical or hold tolerances. Using aluminium with light oil for cooling meant all machines and fittings stayed clean and shiny. Piston ring dept seemed to make masses of scrap rings to keep profits down. All the various factories in the entire area were demolished to make way for the huge motorway interchange."[6]