Grace's Guide is the leading source of historical information on industry and manufacturing in Britain. This web publication contains 144,330 pages of information and 230,176 images on early companies, their products and the people who designed and built them. 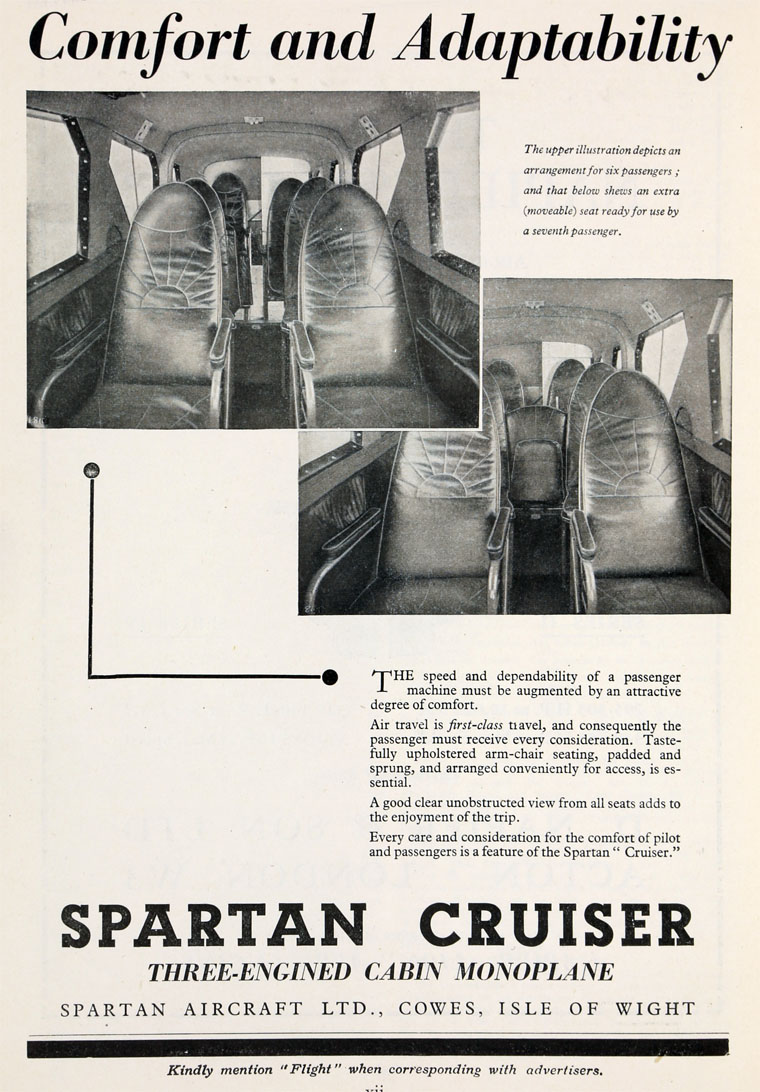 c1927 Oliver Simmonds designed the Spartan aircraft, with 4 interchangeable wings and also 3 interchangeable tail surfaces, in order to address the problem of spares in export markets. The aircraft was initially built at his house in Woolston.

1928 The Simmonds Aircraft Company Limited was formed in order to produce the Simmonds Spartan aircraft, with Oliver Simmonds contributing the Spartan design for 50% of the equity and Whitehall Securities, of London, taking the balance for the cash contributed.

1929/30 Simmonds Aircraft began to experience the effects of the 1929 crash in the USA.

1930 After some financial difficulties, the company name was changed to Spartan Aircraft.

1931 On 20 February, Spartan had moved into the buildings and airfield at Somerton, previously used by J. Samuel White and Co, after financial investment from the Aircraft Investment Corporation.

A significant number of aircraft were built and the company also built a large number of De Havilland Gypsy Moths under contract.

1931 Whitehall Securities, a large shareholder, wanted to merge the company with Saunders-Roe[1]. The latter had its design offices in London, its factory in the Isle of Wight and it was a flying boat company. Oliver Simmonds thought it would be a failure and so resisted the merger. It was finally agreed Whitehall would buy him out for £10,000. The merger with Saunders-Roe was subsequently completed.

Saunders-Roe continued using the Spartan name, and built 13 Spartan Arrow, a small two seat biplane, and the Spartan Three-Seater. They then designed the Mailplane, a plane for mail-carrying services. Only the prototype was built, as it was developed into the Spartan Cruiser, a small three-engined passenger-carrying aircraft, of which 15 were built, and sold as far away as Yugoslavia, Czechoslovakia, Egypt and India, but the majority were kept by Saunders-Roe, who started an air-travel company, Spartan Airways, from Somerton in 1933.

A hangar was rented at Hamble, and production started there. Approximately 50 aircraft were assembled and flown from Hamble.

By the end of 1933, Spartan Airways had proved so successful that it became part of Southern Railways and the Railways Air Services network, with flights to Ryde, Isle of Wight, as well as services to London and Birmingham as well as a stop-over at Bembridge Airport, Isle of Wight.

1935 The company went out of business.

1937 Designers and constructors of aircraft.