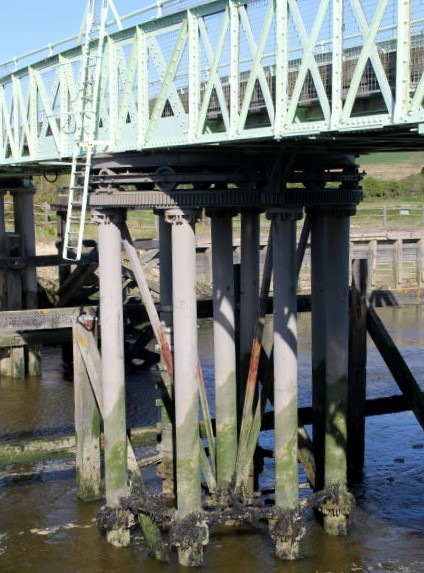 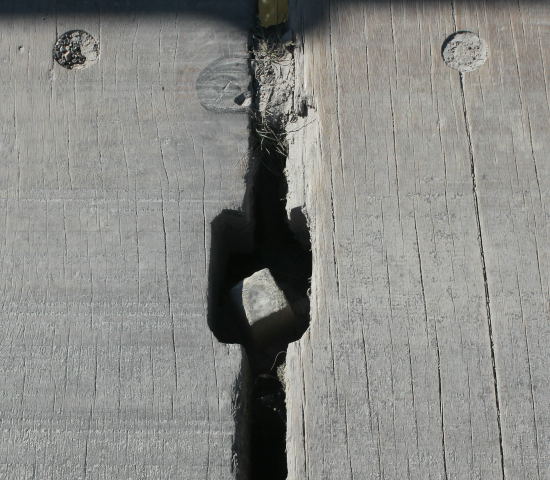 A plethora of unused lugs. Were the columns intended for a pier? 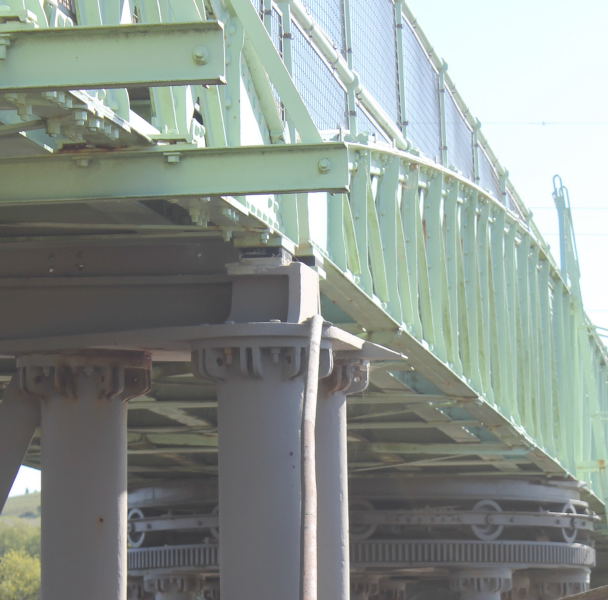 The tender obtained by H. E. Wallis, from 'a firm in Staffordshire', was for a bridge capable of carrying traction engines up to 20 tons.[1]

For a detailed account of the bridge, its history and its location, see British Listed Buildings website entry [2]

The bridge had been scheduled for scrapping and replacement, but fortunately campaigning resulted in it being saved and restored, the work being completed in 2010. The extensive renovation work included renewal of the turntable, new castings and other parts being made by Fowler and Holden of Grimsby. Video of production of new turntable castings here.