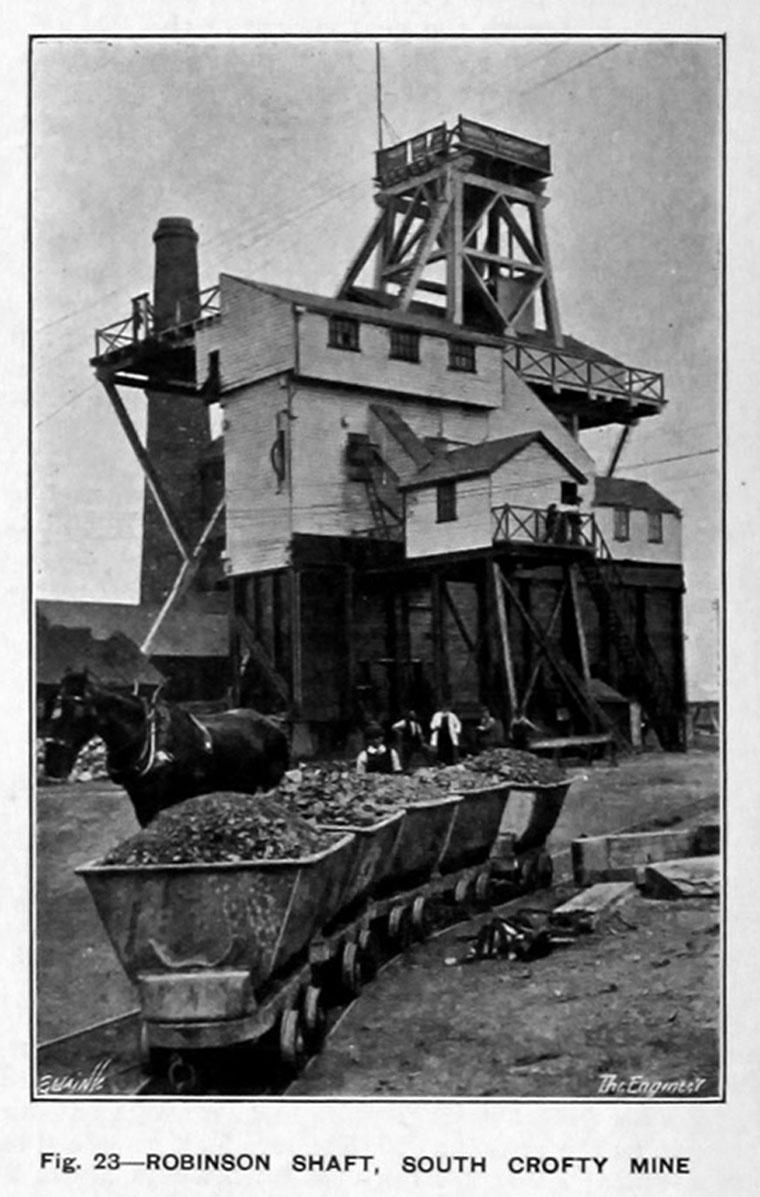 The last working tin mine, South Crofty at Pool.

South Crofty prior to its closure in 1998 was a major employer in the Camborne, Pool, Redruth area of West Cornwall. [1]